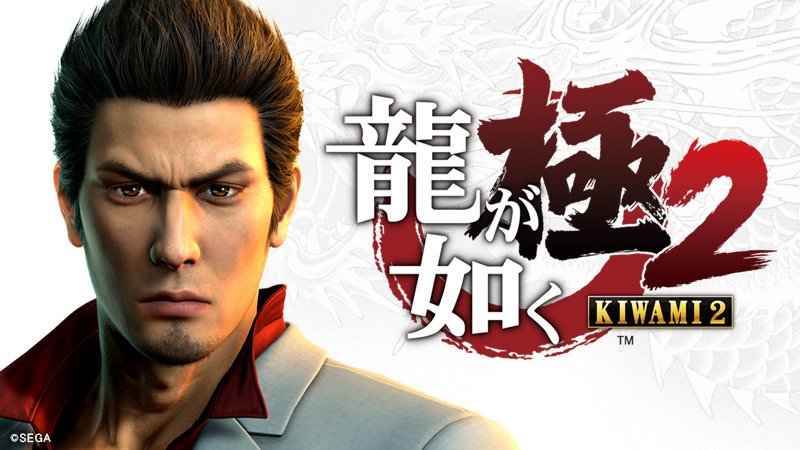 As Sega's Yakuza franchise makes the most out of its second bite of the apple here in the west, we find ourselves in the blissfully happy situation of receiving a minimum of one or two new Yakuza games every year. Life, my friends, is good. To that end, the most recently announced in the series, Yakuza Kiwami 2, a full-blooded remake of 2006 PS2 series entry Yakuza 2, now has a demo available on the Japanese PSN store and obviously, I just had to give it a spin.

The first thing that bludgeons you in the face with all the force of a thrown bicycle is the visual presentation of Yakuza Kiwami 2. Running on the Dragon Engine, the very same highly formidable middleware that powers Yakuza 6, Yakuza Kiwami 2 simply looks absolutely incredible. In fact, there are so many ways that Yakuza Kiwami 2 not only blows the original Yakuza 2 into the weeds (as well it should), but also how it shames just about all of the other PS4 Yakuza titles to date too.

Yakuza Kiwami 2 is the best the series has ever looked

From the intimate facial close-ups which feel almost gratuitous in showing the insane amount of detail that has gone into Yakuza Kiwami 2's characters, to the fresh array of lighting, liquid and shadowing effects, this is clearly one the best Yakuza has looked in a long time. Perhaps nowhere is this new visual standard more keenly displayed than in Sotenbori; the very same setting that series menace Goro Majima began his journey from in Yakuza 0. In Yakuza Kiwami 2, the city is now rendered with a newfound sheen and detailed veneer, with a much higher crowd density that helps to make it feel like a properly bustling metropolis at last. Away from the superficial, the shift to the Dragon Engine brings other benefits to Yakuza Kiwami 2 as well. Combat, rather than being transitioned into its own separate scene, now happens seamlessly with one fight between Kiryu and six thugs sprawling into a hotel lobby, sending the poor receptionist behind the desk hilariously running for cover as a result. Likewise, many building interiors can be entered now without a single loading screen in sight, all of which makes Yakuza Kiwami 2's neon-tinged world feel infinitely more believable than anything the series has shown us so far.

Speaking of going inside the buildings, one such locale included a gaming arcade that had playable Virtual-ON and Virtua Fighter 2 arcade machines dotted around the place. Sadly however, both of these never knew my touch as none of the arcade machines can be interacted with in the demo - oh how I despaired.

Yakuza Kiwami 2 is the most anticipated Yakuza game in years

Going back to the combat for a bit, smacking fools up has always been a proper feel-good pastime in the Yakuza games, but in Yakuza Kiwami 2, it just feels absolutely stellar. In addition to a wide variety of Heat and environmental takedown moves, combat just feels much more impactful. Examples include Kiryu being able to literally swing one goon into a group of others, knocking them all over, and slamming enemies onto any object in his vicinity. In short, this is the best the combat has ever felt in a Yakuza game.

Because the demo was the absolute smallest slice of what we can expect from Yakuza Kiwami 2 (the whole thing can be nailed in just over half an hour, and that includes cut-scenes), it was impossible to gauge the traditional riches of any Yakuza game, namely the quality of the side quests. All the same, the hugely impressive visual upgrade when combined with the massively refined combat and much improved sense of place all add up to create the most anticipated Yakuza title in years.

As of this writing, Yakuza Kiwami 2 has yet to be announced for a western release. All the same, fans won't have too long to wait for their next fix of Yakuza action however as Yakuza 6 is set to appear on our shelves in March 2018. Meanwhile you can read our reviews of Yakuza 0, Yakuza Kiwami and catch up on our Every Yakuza game on PlayStation – A complete history feature.