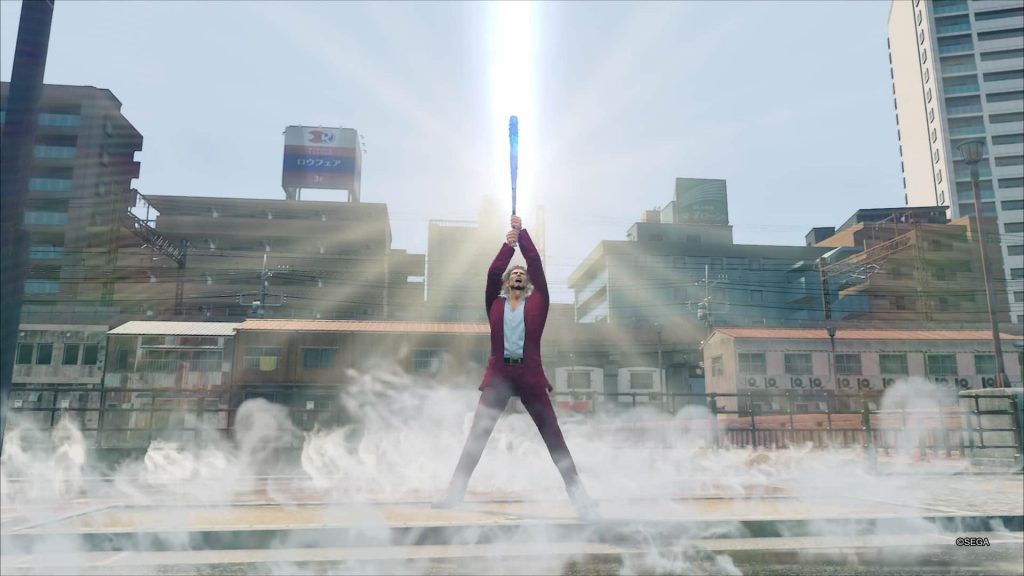 Look, I don’t blame you. If the idea of a Yakuza game having turn-based combat gives you pause, you’re certainly not alone. However, after spending a small handful of hours with the recently released Yakuza: Like A Dragon Japanese PSN demo, I can tell you that the turn-based combat absolutely fits the series like a glove, and oddly, feels like it has been there all along. Oh, and the rest of the game is shaping up to be something pretty special too.

There’s No Doubt – Yakuza: Like A Dragon Is A Full-Blooded JRPG Now

Before we get to yappin’ about the new turn based combat system of Yakuza: Like A Dragon, let’s have a chat about newcomer Kasuga Ichiban and his merry band of mates that he’s brought along with him.

And right away we encounter the first big difference that Yakuza: Like A Dragon brings to the table over previous games in the series – the idea that Ichiban is rarely, if ever, alone. That’s right, for the first time ever, a Yakuza game fully embraces a JRPG style party system into which each member can adopt one of a number of a roles (called ‘jobs’, here) that contribute to the overall offensive and defensive capabilities of the group.

As one might expect from a title that sticks so closely to the established JRPG status quo, you have tank classes for soaking up and attracting damage, support classes that dish out buffs and heals, and so on and so forth. Neatly, the game also allows you to swap out jobs at job centers (i’m not kidding) too, permitting players a great deal of creative latitude when it comes to tailoring their party for all the face smashing to come.

In practice, each job type must be effectively employed in combat too – and it’s here that we get to bear witness to Yakuza: Like A Dragon’s biggest mechanical departure from the core Yakuza series; the turn based combat system.

When fights kick off, as they so often do, our motley group falls into a turn system where (assuming they have the initiative) they get to go first and complete an action, before moving to the next individual in the queue.

In sticking with its JRPG leanings, the various actions that you can choose from each come from that genre’s school of accepted tropes. You have your usual attack, defend, special attacks and item use commands that must each be used frugally if you’re to emerge from each scrap with your face, teeth and other parts of your anatomy intact.

When it comes to the use of special attacks, there’s a fair amount of depth to be had here. Each special technique not only has a unique use – some deal all out damage, whilst others debuff the enemy, taunt foes or heal teammates for example, but they also each have unique cinematic flourishes too. One of Kasuga’s group, a former nurse turned homeless by the name of Nanba, has an attack where he summons a flock of birds to tear up his enemies, while another technique sees him combining an aerosol can and a lighter to create a homemade flamethrower; inflicting massive amounts of lingering fire damage on his foes.

The thing with these special techniques however, is that they consume precious MP, which can be regenerated by consuming a foodstuff or drink that replenishes that stat. As a result though, you need to be careful as using one of these items during combat takes up one turn and if you’re caught on the hop, you can have a character be knocked out without the means to properly respond.

Yakuza: Like A Dragon Brings A Surprising Number Of Innovations To Turn Based Combat

Though Yakuza: Like A Dragon proudly wears its JRPG love on its sleeves, there are some elements of its adopted turn-based combat system that show significant quantities of innovation. Chief among these is the fact that unlike other turn-based battlers, because Yakuza’s scraps take place in a dynamic 3D space where enemies and allies move freely around – effectively changing the formation of groups of friend and foe alike.

This has a direct effect on how attacks play out too. If you target an enemy that is some distance away and has another foe in-between for example, the closest enemy will intercept you with an attack and end your turn with that character; forcing you to reevaluate your tactics in future turns. There are other sophistications at play too – in combat, if you use the standard attack command, Kasuga will pick up and use any weapons between him and his target. For instance, if there is a traffic cone laying on the floor, assuming it’s in his path, he’ll pick it up and start walloping the target with it, instead of using his standard attack.

What’s impressive is the often hilarious variance in enemies. In addition to your usual bare-knuckle and knife wielding thugs, you get angry dudes (as depicted by their RED EYES) which come at you with pool flotation devices and just their speedos on – their attacks being similarly themed (They slip around on some water before awkwardly landing a strike).

Combat aside, Yakuza: Like A Dragon still feels resolutely like a Yakuza game. Side quests remain as steadfastly ludicrous as ever, with one such effort titled ‘Baby Don’t Cry’ having you protecting a dude who is delivering some baby formula to a creche full of grown dudes in nappies (who you then have to fight – obviously). Equally, walking around the city is a joy too – though the streets of Yokohama seem a bit sparse when compared to those of previous series stomping grounds Kamurocho and Sotenbori (indeed, Yokohama’s distinctly dirty looking river with trash strewn in it makes a stark difference to the glistening neon lit waterways of Osaka).

Of course, it doesn’t help that the demo takes place during the day – arguably the Yakuza games have always been best at plying their atmospheric trade by starlight, so I’ll save judgment on that particular side of things until the finished product arrives.

Speaking of which, while this demo did not allow me to dip my toes very much in the way of Yakuza: Like A Dragon’s obviously impressive range of side activities (my hopes to get stuck into some Dragon Karting shenanigans were sadly dashed), I am nonetheless still hugely excited for the new direction that the Toshihiro Nagoshi and his team have for Yakuza: Like A Dragon. 2020 simply cannot come soon enough.

Yakuza: Like A Dragon is set to release on PS4 in North America and Europe sometime in 2020.

Preview was completed by downloading and playing the Yakuza: Like A Dragon demo from the Japanese PlayStation Store.