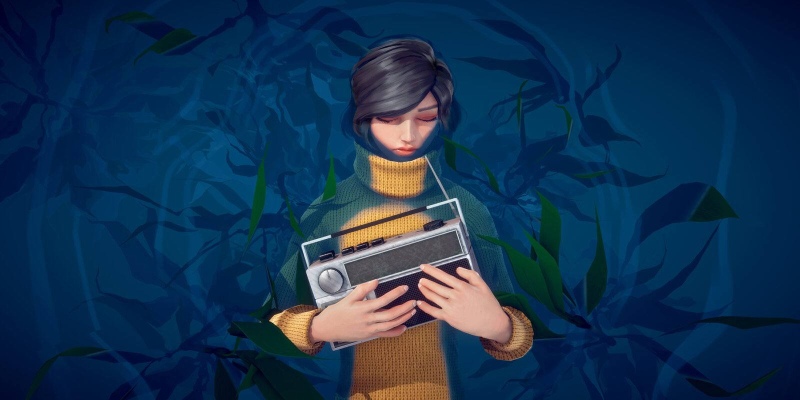 A Memoir Blue attempts a minimalistic presentation, replacing all dialogue with visual cues. While the game suffers from its fair share of choice consequences, A Memoir Blue does well enough to deliver a thoughtful story in its own way.

Swimming In The Deep

The story between daughter and mother takes center stage in A Memoir Blue, with you taking on the role of the daughter, Miriam. In the early moments, you quickly move from a traditional family setting into conflicting parents and ultimately leading to you and your mom going out on your own.

The remainder of the 60-minute story you experience sees you literally swimming in memories as you explore deeper and deeper into your past and your relationship with your mother. This short journey moves through your childhood and into early adulthood.

The game touches on several subjects, all of them revolving around the realities of living in a single parent home, experiencing many of your formative years forced into independence. 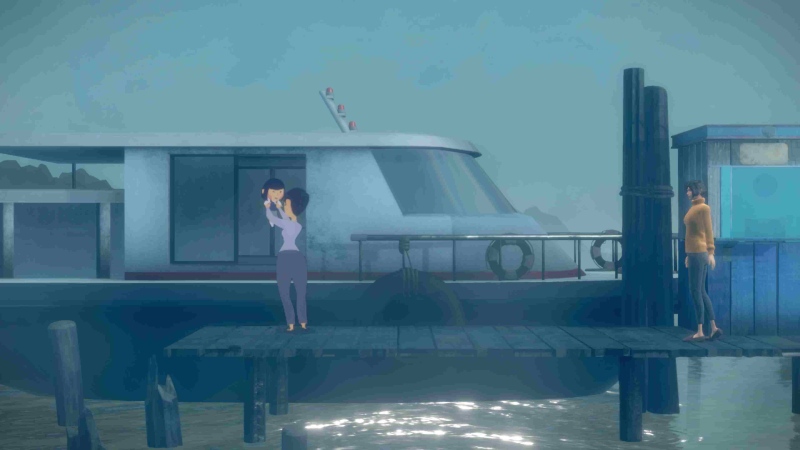 Much of the sounds in A Memoir Blue do what they need to: simulate movement through water or tapping on a metal trophy. The few songs featured here, though, elevate the experience higher than it could go on its own.

E.hillman and IMOGEN deserve praise for creating such heartfelt songs that take to the foreground just enough to become a part of it and not overshadow the scenes they accompany. Bravo!

The game conveys this story purely through imagery, sound, and your interactions with each scene. The themes of the game reflect on the constant rain and constantly moving through open water as well, playing as a reminder of the struggle and loneliness that comes with it.

The game moves back and forth between 3D and 2D character models, with the memories appearing in 2D and your current self in 3D.

This juxtaposition works to great effect, symbolizing that simplistic perspective that we keep on memories: The important details stay while the finer, less important ones fall away. 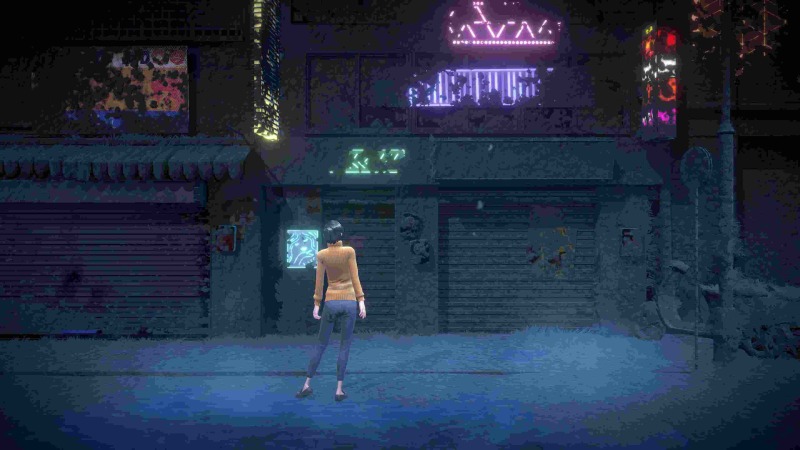 Each scene asks you to interact with it, like turning stage lights on or opening doors manually. Using R2 jumps your cursor around to interactive items, but you still need to determine what to do with those items.

These required actions aren’t complicated, but you don’t get a feel for what you need to do right away. That’s the slight, yet ultimate issue with A Memoir Blue: conveyance.

After each little bit of story, the game asks you again to interact with something. A story is being told, but you need to break that pace over and over in order to keep moving forward.

I use these terms relatively, of course, because either way the game lasts only an hour or so. 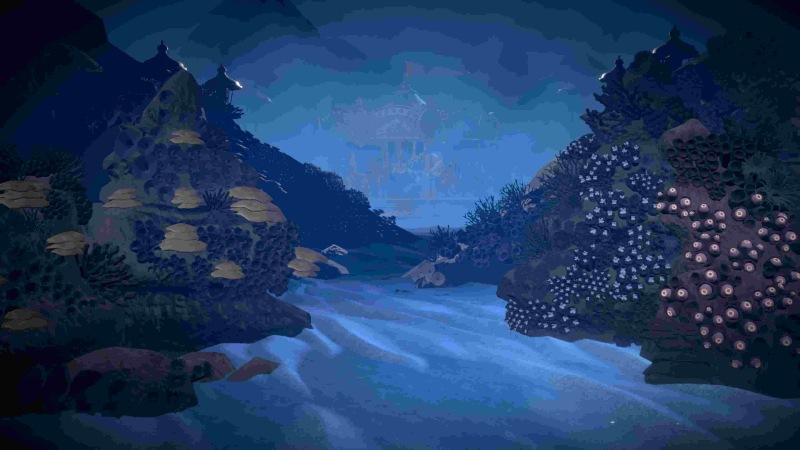 At the same time, two or three minutes in an hour’s time is only about 3% of the game. However, compound those into five, six, even seven different interactions, and you’re looking at fumbling around 20% of the game.

To make matters worse, actually clicking on these items is tricky, since many of these items are small, making them more cumbersome to work with than they should be.

Looking back, several of the early-game interactions feel much more thoughtful than when I played through them. They create a sense of resistance to self-exploration. At the same time, there are many ways to stimulate that resistance, with less fumbling around.

What makes the second half more thoughtful, is how it allows you to take in the results of your self-exploration in one steady motion. Even though there are undoubtedly artistic decisions behind how the first half of the game plays out, I still can’t help but look back at it with frustration.

The first half of the game needs that same (or at least similar) level of steady pacing that the second half prides itself on. 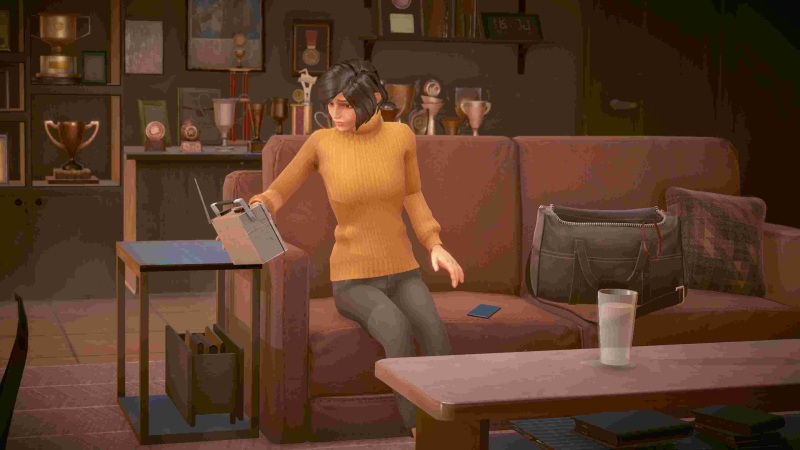 I see what the game wants to do, and it does it beautifully. Equally so, the flaws remain.

But I know that I will still find myself thinking about A Memoir Blue days from now. I’ll be thinking about it’s story of adolescent struggle, and learning to understand that as an adult.

A Memoir Blue delivers a story many of us have lived but tells it in an almost subconscious way. Thoughtful visuals combined with balanced musical accompaniment and stellar featured songs, the game portrays sadness and regret without saying a word.

The pace in the first half of the game doesn’t do it any favors, forcing you to fumble through odd mechanics.

However, the short experience pays off with charm and grace and somehow ultimately makes its imperfections take a backseat to the eloquent story.

Not playing A Memoir Blue is doing yourself a disservice.

A Memoir Blue is available now on PS5 and PS4.

Like most art, A Memoir Blue has its fair share of flaws. However, like art, it has you thinking about its strengths and intentions instead of its mechanics. A Memoir Blue succeeds more than it falters, and everyone needs to give this game their time.