The Anima franchise, much like Dungeons and Dragons, is a pen and paper RPG created in 2005 by Carlos B. Garcia Aparicio. I didn’t know any of this when I decided to review Anima: Gate of Memories, a Kickstarter-funded game based in Anima’s unique world. After learning a few things about the Anima franchise the story and lore in Gate of Memories started to make a little more sense.

Anima: Gate of Memories begins with our heroine, The Bearer of Calamity, as she is tasked to retrieve a powerful artifact by the Order of Nathanial. She is accompanied by Ergo Mundus, a powerful creature who was captured and sealed in book long ago. The two are bound to each other by a mysterious force and Ergo is able to manifest himself in order to help the Bearer on her quest. While searching for the artifact, the Bearer discovers that the item was taken by a woman calling herself Lady. Chasing her down, the Bearer and Ergo battle for the artifact until a mysterious third party entity attacks both parties.

After the battle The Bearer awakens in a mysterious tower hiding all sorts of secrets—a tower nobody is able to leave. Admittedly, the story in Gate of Memories starts off fairly slow but it picks up steam as you uncover a more details of the connection between the Bearer and Ergo, as well as the conspiracy that has brought you to the Arcane tower.

The first thing you should know is that Gates of Memories is inconsistent in almost every regard. Let’s start off with the Arcane Tower itself. The tower acts as a gateway to the past, and while you explore you will be taken to the past of certain individuals called the Messengers. These messengers have committed horrible acts, and as you explore these locations you will discover fragments of memories or journals which describe how the Messengers turned into the cruel individuals they are.

I wasn’t exaggerating when I said Anima is inconsistent. Locations vary from gorgeous open meadows and beautifully lit cathedrals, to uninspired sewers with nothing but four walls to stare at. This also applies to the character designs as well. The Bearer herself sports some good detail to her character model while Ergo looks like your typical anime demon; wearing no shirt, claws on his hands, and spiky hair. Keeping with the characters, the enemies you face also look simple and generic, with many looking like they were plucked from the .hack franchise.

Being an action RPG, Gates of Memories is a competent title but it’s also held back by the same issues that plague many of these types of games. The combat plays more like a safe Devil May Cry. Though not as fast or acrobatic as Capcom’s franchise, you will be able to chain your attacks together with combos and lifts allowing you to juggle your foes to some extent. The problem comes with the game’s lock on system and most importantly its camera. The lock on system locks onto the nearest enemy rather than the one you’re facing. I took unnecessary damage that lead to many a death simply because I tried to lock to an archer in the distance to take them out with my long range magic only to find myself locking on to a character behind me. 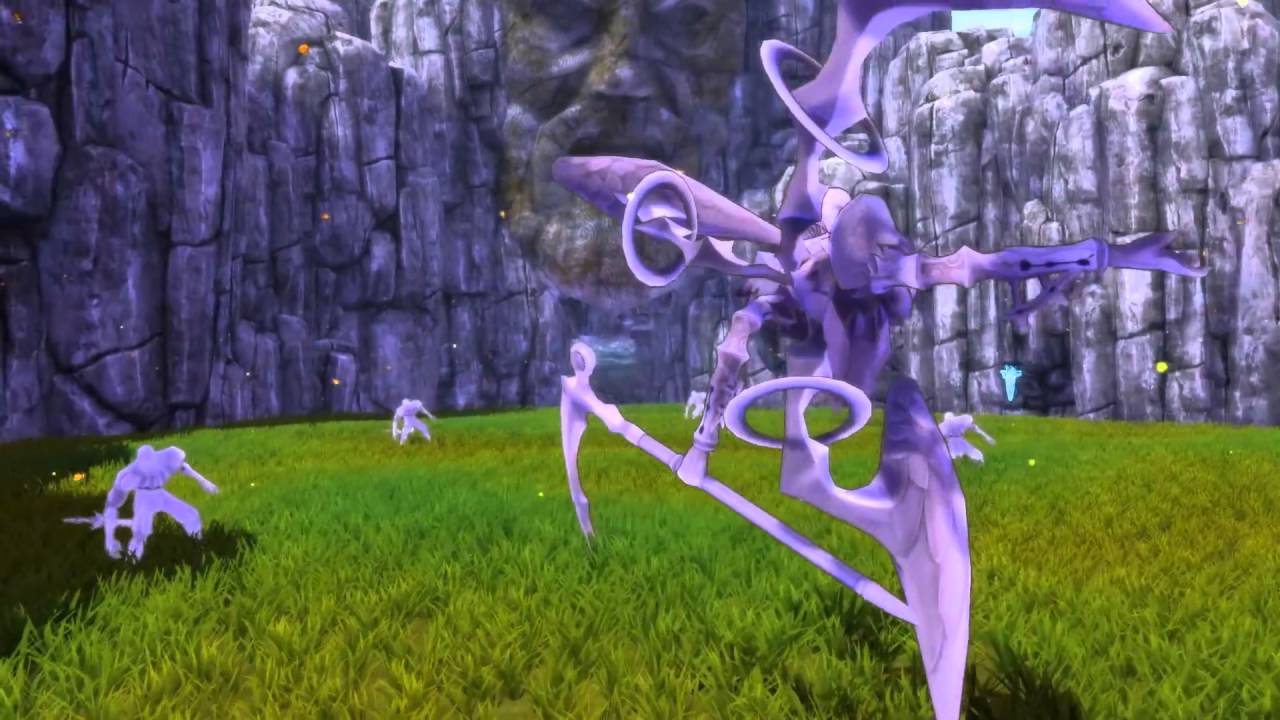 The camera doesn’t help in these situations either. While locked-on to a character, trying to rotate the camera will simply switch the targeter to the next closest enemy again causing problems in the heat of battle when they could have simply mapped the enemy you’re locked on to with a press of a button. The camera also feels to close to the character in the heat of battle leaving no room for you to see or predict an attack coming from anywhere but in front of you.

Being an action-RPG, Gates of Memories allows you to equip different weapons and artifacts which increase your various stats. It also features an upgrade system allowing you to upgrade and unlock new skills and abilities with skill points which you acquire from leveling up. Although it’s nice that both the Bearer and Ergo have their own skill trees, both characters pretty much have the same moves to unlock with some different animations, with the big difference coming with the few final abilities to learn. 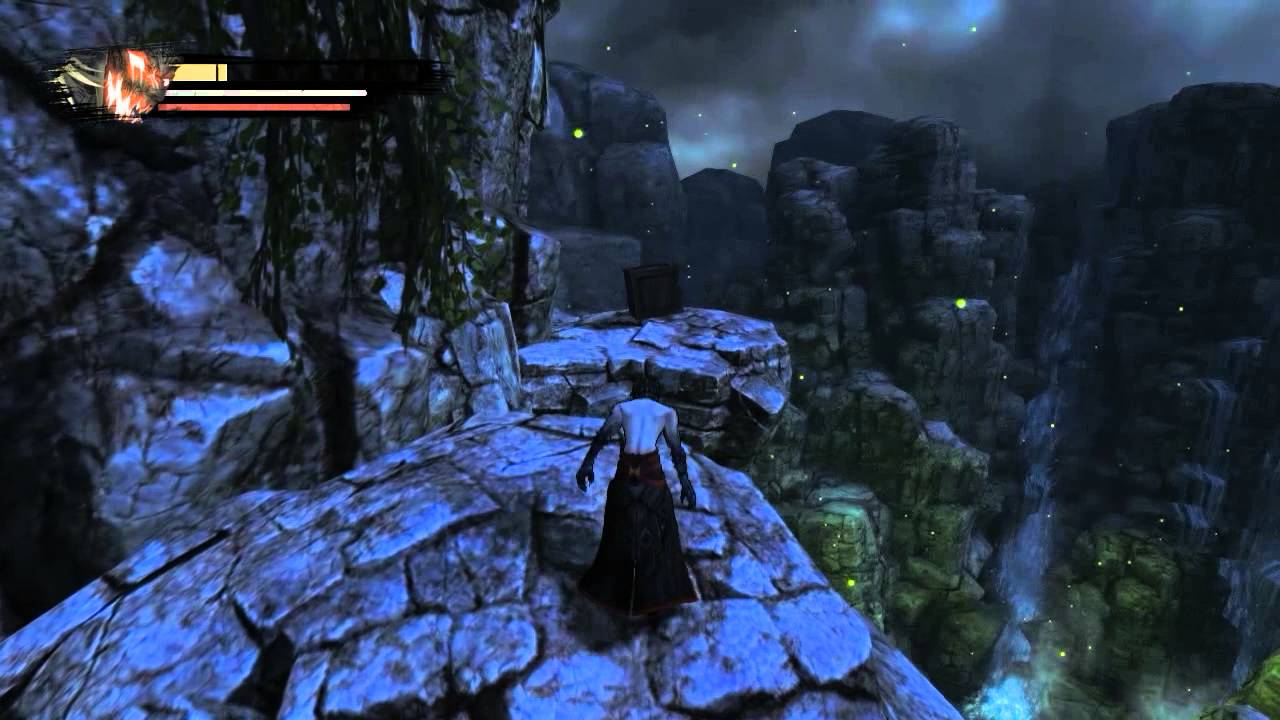 I should also talk about how great a lot of the boss battles are. Each boss battle has a unique system in place for each encounter. I enjoyed all but one boss which almost made me quit the game, bringing me to my next observation: Gate of Memories can be difficult. A lot of encounters become a chore simply because of the sheer number of enemies you will encounter. You will face off against enemies that can only be damaged by either Ergo or the Bearer, others that can only be attacked by striking specific weak points, and those that will reverse your controls. These enemies alone aren’t difficult to overcome, but when you encounter all of them at the same time it feels like the game just wants you to fail.

The game isn’t simply all about action. Platforming becomes a major part of the game early on and though it’s a nice addition it’s also a pain the ass. The biggest problem with platforming is the fact you simply have no sense of where your character is going to land. It makes it worse when enemies appear and shoot projectiles at you from different directions. On the positive side the game features some locations that you transverse and in 2.5D; fortunately, these platforming sections worked great and reminded a lot of old school Castlevania titles. Platforms will appear and disappear, shift from place to place and enemies will attack you from all directions but because of the locked 2D camera you can actually avoid the attacks.

Sticking with the inconsistency, the game’s voice acting is all over the place. The Barer and Ergo sound competent enough, but the rest of the cast is hit and miss. A lot of the characters just sound like they are doing voice work for the first time. The music on the other hand is masterful; its classical and symphonic tones bringing the world to life vividly, while the battle music is equally well executed.

It may sound like i'm being too hard on Anima: Gates of Memories but the truth is I actually enjoyed it quite a bit. After getting used to the camera and the awkward lock-on system I found a lot to enjoy, and the Arcane Tower hides many secrets and additional side quests to expand your playtime. Gates of Memories’ fantastic world building made me want to invest in the actual pen and paper game; in fact, I’ve already gone ahead and ordered one of the books. The great boss fights and incredible music brings its mystical locations to life even though some of them can be bland.