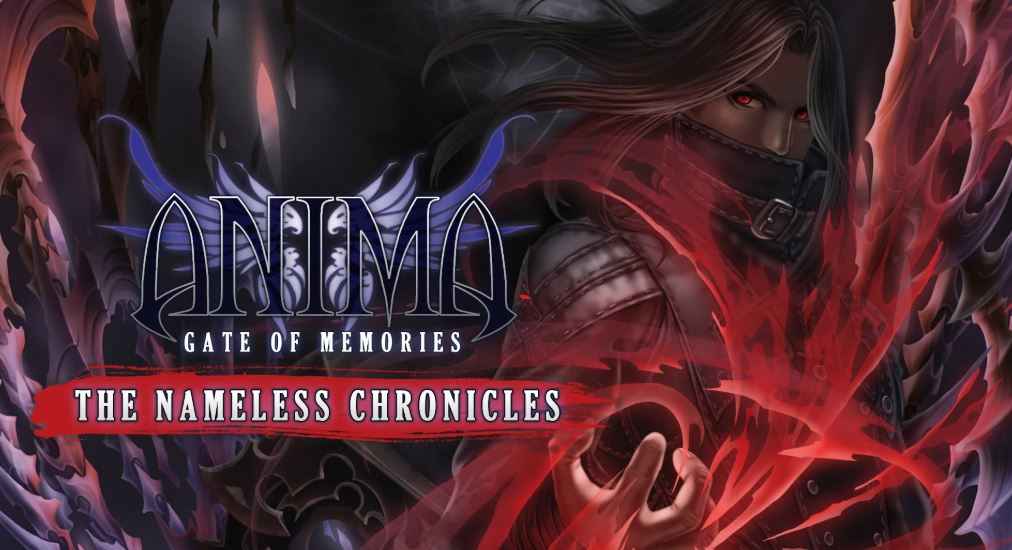 I had a lot of mixed feelings about the original Anima: Gate of Memories. It had some problems, but it was also unique with a great art style and a good story. When I found out that another title was in development, I was quickly intrigued, hoping that the developers would have fixed some of the issues plaguing the original title. Although some of those issues were addressed this time around, others arose to take their place.

The Nameless Chronicles takes place parallel to the original game. You take control of Nameless, an immortal warrior who has long forgotten his own name, as he sets off to stop the release of a demon named Baal. Nameless was a character that I faced of against in the original game.

In Gate of Memories: The Bearer and Ergo Mundus faced off against Nameless, believing him to be an enemy, but things turned out to be a lot more complicated than that.

Along the way, Nameless encounters the Bearer and Ergo, an encounter from the first game. It was fun to take on the same battles from a different perspective this time, but it also hurts the game as it is simply the same battles with the same outcomes, even if you win this time.

Nameless is also aided by a mysterious spirit called Unknown, who inhabits the bodies of the dead to aid Nameless in his quest. The names in the Anima franchises aren’t the most creative, but they make sense once you learn more about their backstories. The story in The Nameless Chronicles, much like it was in Gates of Memories, is very strong.

As I learned more about Nameless and his backstory, I grew very attached to the character and felt the weight he bared for this past crimes and even accomplishments. The developers did a great job of telling a story that not only runs parallel to the original but also feels fresh due to a new perspective. It also answers some questions that were left unanswered in Gate of Memories.

Running parallel to the first game is also what hurts The Nameless Chronicles. A lot of the assets are reused and so are a lot of the locations. Most notably the Puppeteers Mansion. While you do revisit a lot of the same locations, some changes have been made to them, and the visuals continue to be hit and miss. HoweverH one thing that Anima as a franchise has done incredibly well is the use of lighting and a distinct color pallet.

A lot of locations in Nameless Chronicles feature dark, desolate visuals in a lot of black and gray. Believe me, it’s not that pretty and looks incredibly dated. But there are other times when the lighting is exceptional. The Abyss, for example, uses a unique mirage wave on all the textures, and a burning church where the fire is bright and distinct almost as if it was a character come to life looks great.

Combat plays almost identical to the original game just without the swapping out of characters. Unlike the Bearer and Ergo, Nameless doesn’t have a partner to switch out with. This also makes him a lot simpler to play with. Nameless doesn’t have as many abilities to worry about. As a matter of fact, I was able to unlock all of his skills and abilities hours before I reached the end-game.

Nameless is a close combat expert. With his sword in hand, I was able to pull off some great combos, but I never felt like I needed to pull off the big attacks, mostly because they took too long to pull off and enemies would constantly interrupt me.

Compared to the original game, The Nameless Chronicles is one difficult title. Enemies hit pretty damn hard, and almost every encounter was essentially a boss fight; I know this because a giant health bar would appear at the bottom of the screen. What’s worse, the difficulty spike is almost at max toward the end of the game where I was facing off against multiple versions of these bosses at the same time.

Although it feels like every enemy is a boss, the true boss battles in The Nameless Chronicles are phenomenal and visually spectacular. One boss went through three different phases, making it not only challenging but visually distinct.

The boss battle was set in a a black and white setting with red being the only color utilized to show off the enemies attacks. It truly was beautiful. On a side note, the final boss battle is one of the most visually striking battles I’ve experienced in a very long time.

Puzzles also play a big part, and I thoroughly enjoyed solving them. Some of them had me figuring out riddles, and others were more visual, but all of them were well put together, something I feel has been lost in a lot of third person action-role-playing titles of late.

Just like Gates of Memories, The Nameless Chronicles boasts a phenomenal soundtrack. The piano tunes alone make it a must-own soundtrack. I just couldn’t get enough of it. Voice acting, on the other hand, leaves a lot to be desired. Again, much like Gate of Memories, the voice work is very hit and miss.

It’s interesting as the developers opt to use the same voice actors from Gate of Memories for most of the cast for better and for worst, but the newer cast particularly the character Unknown is the best voiced character across both titles.

Although it has its problems, I thoroughly enjoy Anima: Gate of Memories: The Nameless Chronicles. Experiencing the story from a different perspective has been great, especially since the backstory of Nameless is so well told. Add in the great boss battles, fantastic soundtrack, and unique art style, and you get a good game which with a bigger budget could have been a great game.

A great addition to the Anima franchise. The Nameless Chronicles may suffer from some problems but its visual flair, great story, and musical score is more then worth another revisit to the Arcane Tower