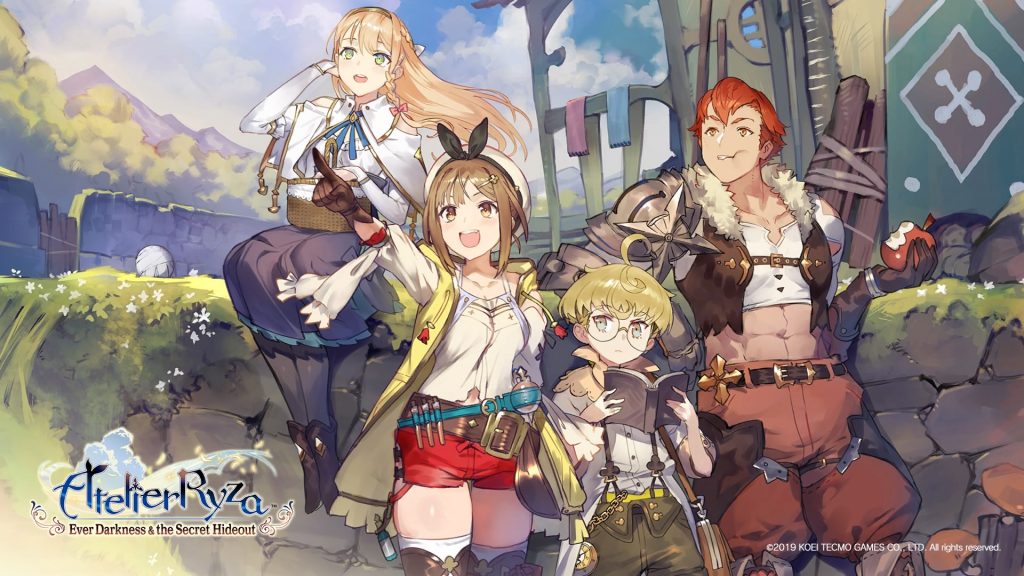 Atelier Ryza: Ever Darkness & the Secret Hideout is the latest title in the popular Atelier franchise from Koei Tecmo. The latest installment takes a different approach to the franchise that helps newcomers enter the franchise with no real discouragement but it may also alienate long-time fans with system changes that fundamentally alter the franchise.

Another Year, Another Atelier Game

The story is one that a lot of us can relate to and some of us probably remember from our childhood. Ryza wishes to fulfil her own dreams while her parents want her to take over the family business. Lent has to deal with his alcoholic father who’s constantly getting into trouble around town, while Tao is constantly getting bullied by a wealthy family’s son. The story deals with some powerful issues that young adults have to deal with in real life.

Though the story deals with some strong issues it also has that JRPG flair we should expect. After about the halfway point the story really picks up and opens up about a real threat and how our group of friends have to rise up to deal with this threat. The problem is that it takes almost ten hours for the story to shift focus from dealing with life at home to dealing with a massive threat that threatens the island. For fans of the franchise this is something they’re used to but for fans of other JRPG titles its something that may cause them to lose interest rather early on.

Of course, it wouldn’t be an Atelier game without Alchemy. This time around Ryza doesn’t start off as an Alchemist and dabbles in the art with no real experience. This not only serves as a story plot point but it allows developer GUST to redesign the entire alchemy system. Alchemy this time around is easy to learn but also keeps you invested in it for the long haul.

When you gain a recipe, it’s easy to see what the materials you need to craft whatever it is you need. You only need to use two ingredients to create the item but if you invest more materials, you’ll be able to increase the quality of the item and even give the items unique attributes such as increasing critical hit chances and making your weapons do extra damage to a specific enemy type.

To create items, each item is represented in a grid system. After placing a piece of material in a node it opens up any connecting paths to other nodes. These nodes will change requiring you to use different materials from flowers, lumber, and rocks

Every piece of material you pick up in the world or gain from enemies will also have an element type and a quality number attached to it. While using alchemy you can put more materials into the same node to level that node up. This can lead to opening new paths in the grid that are chained up. These chained nodes will give you the best bonuses but require a lot of materials to unlock. You only have a certain amount of materials you can use as well but as you level up your alchemy skills, you’ll increase how many materials you can use.

The node system will also have new recipes for you to unlock too. Certain items will allow you to unlock new recipes opening up a whole slew of new items to craft. I lost hours in the alchemy system just discovering new recipes and completing various requests for townsfolk. That said, it’s very simplified compared to past titles which may upset veteran players who enjoyed the more complicated systems of other Atelier titles.

Combat is another major change to the franchise. Past titles combat was simple, going with a more traditional turn-based combat system. In Atelier Ryza the combat remains turn-based but this time it’s an active time battles system which means if you are looking to think about your next actions you must do it quickly because enemies won’t wait to attack you in a fashion similar to the ATB system seen in the Final Fantasy games.

I wish I got to spend more time in combat because most of the main story quests have me going to one location, learning what I need to craft, and returning the crafted item to whoever needs it.

Atelier Ryza, like past titles, keeps the game from really expanding in its scope. Most of the game will see Ryza and her friends spending more than half of the game in their island town. The town’s residents have a lot of requests but mostly, they’re all fetch quests, learn what they need, craft it for them, and return it to them. Not only are these just side quests but the main story quests follow the same path too. It’s very discouraging playing through a 30 hour RPG where you do the same thing over and over and over again.

Another change GUST has made to the franchise is a complete graphical overhaul. The game this time around looks a lot crisper and more vibrant There are plenty of great locations you get to visit and explore. Music-wise the franchise hasn’t really changed much in quality so if you enjoyed it before chances are you’ll enjoy it this time around.

Atelier Ryza: Ever Darkness & the Secret Hideout is a good addition to the franchise that allows newcomers a perfect opportunity to jump in. For long-time fans, the move to more simplified mechanics may be a turn-off. If you’re a huge fan of the franchise chances are you’ll pick Atelier Ryza: Ever Darkness & the Secret Hideout up in a heartbeat but if you have always been skeptical Atelier Ryza won’t really change your mind.

Atelier Ryza: Ever Darkness & the Secret Hideout makes some fundamental changes to the core mechanics that may get under the skin of long-time fans but are welcome for those looking to jump into the franchise for the first time.