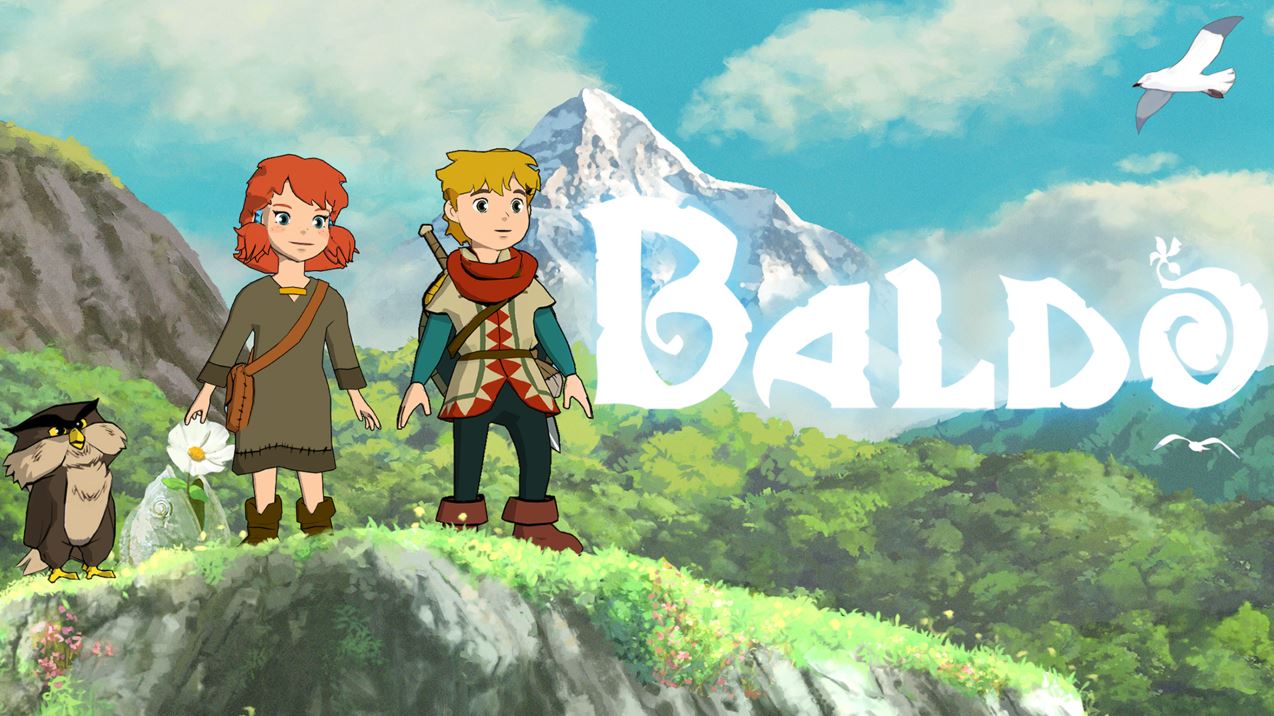 Naps Team have done a tremendous job of mimicking the famous art style of Studio Ghibli, and those who aren’t paying attention may think Studio Ghibli worked on Baldo. Unfortunately, the rest of the game fails to live up to the grand expectations it sets for itself.

An Uninspiring Story With Some Fun Exploration

Baldo tells the story of a young boy who mistakingly awakens a Guardian Owl and discovers that he’s a pure-hearted child and the only one capable of keeping a dark creature from rising again. Along his journey, Baldo makes plenty of friends who provide him guidance on his adventure.

The story is relatively simple but takes you to plenty of locations, from snowy mountains to sandy deserts, with plenty of exploration and dungeons to explore. Essentially, Baldo mimics The Legend of Zelda beat for beat. You collect hearts for health and unlock and use special equipment to solve puzzles.

Exploration is the most significant component of Baldo. The locations are vast and feature plenty of secrets to find, including hidden passages beneath the soil or behind bushes. 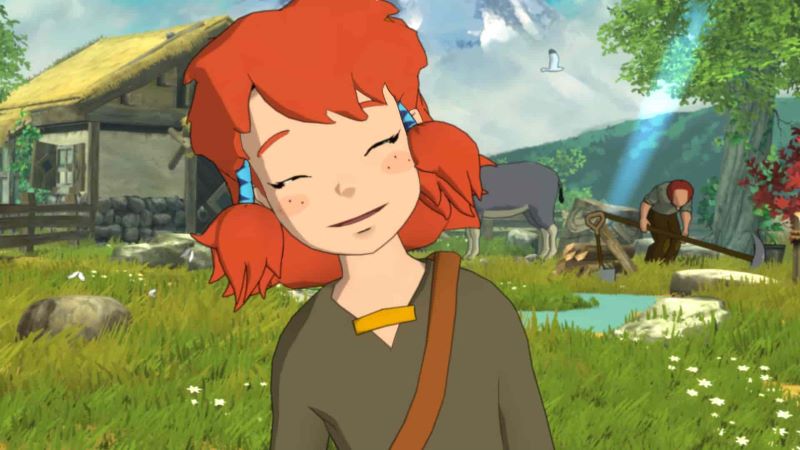 Exploration is probably the best part of Baldo’s gameplay. Outside of the overworld exploration Baldo features plenty of dungeons to explore, and puzzles are the bread and butter of these dungeons. Though I enjoy solving puzzles in this type of game, I found the head-scratchers in Baldo to be frustrating.

Puzzles And Quests Leave No Direction Or Hints To Solving Them

The biggest problem comes from the lack of any hints to solving puzzles, as I ran into plenty of riddles that require mechanics that haven’t been explained to me. One such dilemma is finding out I can dig inside a house to unlock a hidden floor switch. The game didn’t provide any information or hint that I could search inside a house to reveal the floor switch, and I lost almost an hour trying to figure out where to go next and what to do.

Other puzzles can’t even be solved without completing specific side-quests. I ran into puzzles that required me to have a particular key, only I received no hints about where to find this item, and only later unlocked it by completing a random side-quest where the key was the reward. These puzzles and quests left me with less desire to complete side objectives and move on with the story. 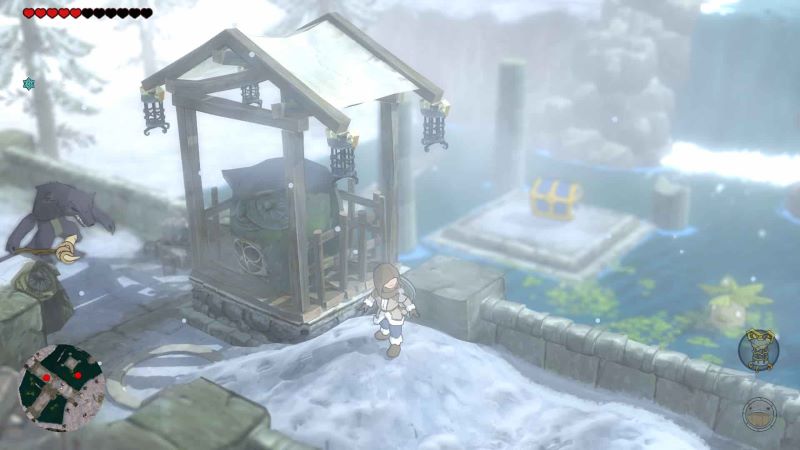 Quests also provide almost no information on how to solve them. One search asked me to help a man move pots around the town. The man was seen carrying the same pot back and forth, and I couldn’t figure out what I needed to do. Pots are scattered around the town, but where was I supposed to carry and drop them off?

One of the more frustrating aspects of Baldo is the combat. Battles are simple, but suffer from bad hit detection and an atrocious camera that leaves you wide open to attacks that you never see coming. Enemies have a clear advantage in combat as most of them are larger than Baldo and have a wider hit radius.

I ran into plenty of moments where going up against an enemy saw me constantly get hit by their wide-swinging attacks. Even when I tried to roll out of the way and dodge, the attack would connect no matter what. Even blocking an attack with a shield would stun me long enough to get hit by a second attack. 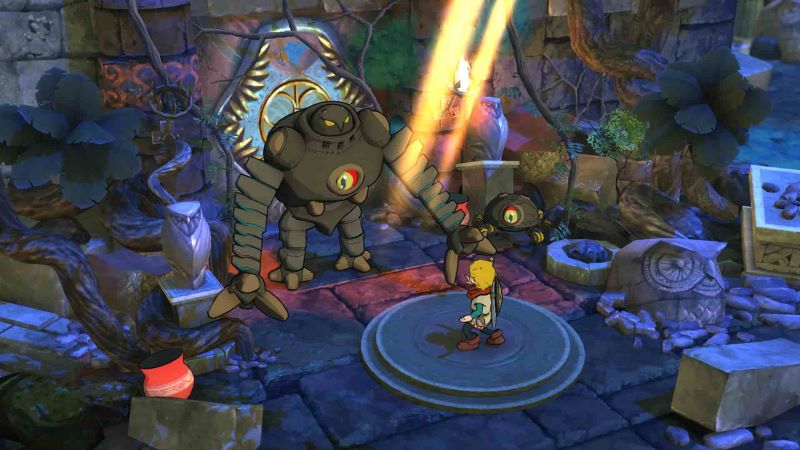 Combat is extremely frustrating, especially early on when you are stuck with only a handful of hearts and dying means starting the zone from the beginning in the open areas, thankfully. In dungeons, the game resets you right before the last encounter. It’s not until much later into the game that you can unlock more hearts for the more challenging encounters.

Furthermore, the camera can’t be rotated. It’s not a problem in the open areas, but it’s devastating inside dungeons. Enemies hide around every corner and hide behind objects. The only way to see them is a shadow silhouette that isn’t exactly easy to see.

Visually, the game is definitely a looker. The colourful world is brought to life with great cutscene animations, and it helps that the art style borrows from one of the most outstanding animation studios: Studio Chibli. It’s almost as if you’re playing a game designed by Chibili, much like Bandai Namco achieved with the Ni No Kuni franchise.

Unfortunately, while Baldo looks great on the surface, it falls short in the gameplay department. I loved Baldo’s look, and solving puzzles can be rewarding once you figure out just what you need to do. Unfortunately, most of that joy is held back by poor quest design, a horrible camera, and enemies that always seem too much of an obstacle to clear.

Baldo: The Guardian Owls tries really hard to mimic the best games in the genre but fails to conquer its glaring flaws. Combat is unfairly difficult and the camera is absolutely atrocious. The game's quests and puzzles are also frustrating due to the lack of any real direction to follow and no types of hints for puzzle solving. Thankfully, Baldo's art style is fantastic and for the most part, exploration is a joy.