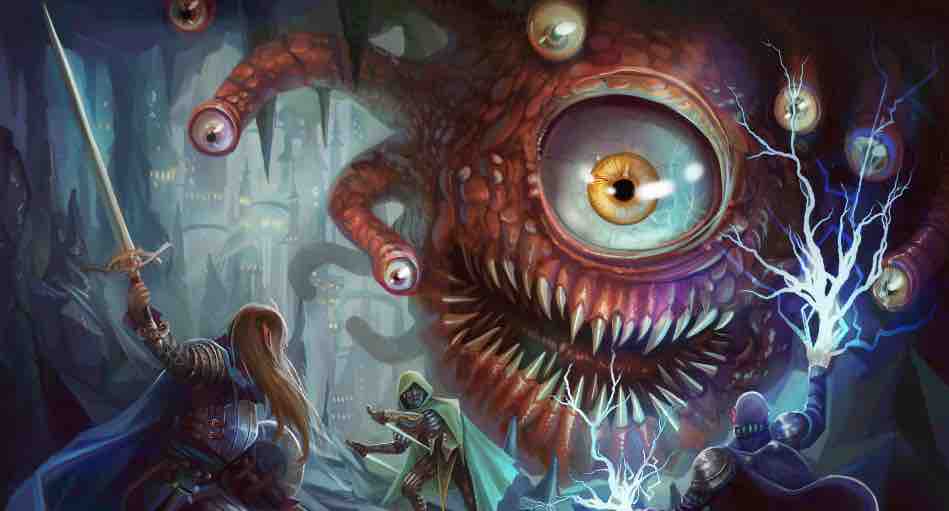 Whenever you hear folks of my vintage banging on about Bioware’s glory days we generally don’t mean Mass Effect or Dragon Age (or even KOTOR, if you’re that way inclined), instead we typically wish to hark back to the Baldur’s Gate games (and not the Dark Alliance hack and slash variants), released on PC over two decades ago, where rich storylines, engrossing characters and tactical combat intersect in a way that they just haven’t done since.

And now, thanks to the herculean (and somewhat surprising) efforts of Canadian port house Beamdog, we can enjoy these games once more, proving out the fact that they’ve aged beautifully, and are now ripe for a whole new generation of gamers to enjoy.

Baldur’s Gate I & II Are Gigantic, Vintage Adventures That Have Matured Wonderfully

Given the massive stretch of time that has passed between the release of Baldur’s Gate II and now, you might think that these games have some sort of array of archaic mechanics or gameplay mechanisms that would make them eminently unapproachable. Yet, thanks to the relatively recent releases of Pillars of Eternity and Torment: Tides of Numenera, contemporary players will find themselves much more familiar with these classic adventures than they perhaps might have otherwise thought.

Isometric adventures that unfold against pre-rendered environments and with characters brought to life by real-time sprite work, both of the games in the Baldur’s Gate: Enhanced Edition Pack play extremely similar to those aforementioned genre entries. Beyond just broad similarities, both of the games in this twin-pack have been brought up to date, not just in terms of visual and audio remastering (though, obviously, there is only so much you can do with assets that around two decades old), but more crucially in its translation from mouse and keyboard to the DualShock 4 controller.

As was the case with Pillars of Eternity, Baldur’s Gate I & II have both successfully made the leap to joypad through judicious use of intuitive shortcuts and menu radials, neatly funnelling the original complexities of the original menus into a much more digestible fashion. In short, if the likes of Torment: Tides of Numenera, Wasteland 2 and other such titles of that ilk give you no pause, than you’ll find no such functional quarrel with the Baldur’s Gate: Enhanced Edition Pack, either. Equally, the presence of a nice, clearly detailed and sizeable UI doesn’t hurt either – the font gratefully scaled for the large 4K television sets of today.

Set in the Dungeons & Dragons Forgotten Realms fantasy world of Faerûn, both Baldur’s Gate games weave grand, epic stories that players can become effortlessly lost in at a moments notice. In the first Baldur’s Gate, players must build their party from companions that they meet during their journey across the Sword Coast, uncovering an evil cult that seeks to infiltrate the highest levels of the Baldur’s Gate council, while the second game has those same adventurers attempting to dethrone an evil wizard called Irenicus, who owns the soul of the primary protagonist, causing all sorts of issues as one might expect.

Whilst I only wish to skim the plot of these games (not least because I’m sincerely jealous of anyone who gets to experience all of this for the first time), we can certainly reflect on the mechanics and the minutiae of both experiences in more explicit terms.

This Is A Substantial Package Stuffed With Great Stories, Memorable Characters And Near Infinite Replayability

From the beginning, players have a pick of various difficulty levels that are extremely accommodating with a wide spectrum of presets. Away from the usual easy, medium and hard choices, the most interesting presets are the Story Mode that you play and enjoy the narrative without dying in combat, and the ‘Core Rules’ setting which is aimed at veteran players who are well versed in AD&D tabletop mechanics. Irregardless of your background with these games, or even if one doesn’t exist, you’re well taken care of as you venture into these mammoth affairs.

In terms of the gameplay mechanics that act as a bedrock for these titles, and also the Icewind Dale and Planescape: Torment games that have re-released concurrently, the Baldur’s Gate titles are sprawling open-world adventures where branching, non-linear dialogue trees are the order of the day, as you venture across the Sword Coast, befriending new companions, completing quests and either adding to or resolving the plight of others.

Combat also is handled in a way that players of Pillars of Eternity will recognise. Combat can unfold in real-time, or, you can pause the action, directing orders to individual members of your party to carry out specific actions such as attack, casting spells or using items in order to turn the tide of battle to your advantage. As with Obsidian’s game, it’s a deep system that allows ample creative latitude for tactical thinking and shrewd strategy.

Threaded through the entirety of both games are a seemingly never-ending range of brilliantly deep, involving and non-linear stories too, and nowhere is this better illustrated than in the multitude of companions that can accompany you on your quest. From the likes of the kindly and towering, though emotionally unstable warrior Minsc, who believes that his animal companion Boo is a mystical space hamster, to the withering putdowns and acerbic tongue of Elven mage Xan, the companions that you’ll meet with, fight with, romance and travel with are some of the most memorable ever seen in the genre.

In case it wasn’t clear also, the Baldur’s Gate: Enhanced Edition Pack is absolutely gargantuan from a pure content standpoint. With well over 1,000 hours of gameplay between the two games contained within, each title in the pack also includes all the DLC released in addition to brand new custom made content that was devised for the Enhanced Edition re-releases, such as the entirely new Siege of Dragonspear and Black Pits expansions.

More than that, lower level changes have been made to each of the base games too, with Beamdog introducing new characters, plotlines and quests into the games which didn’t exist before. Also intriguing, is the fact that you can import your party from one game to another – an extremely underrated feature that helps to cement a feeling of narrative continuity as you segue from one game to the next, greeted by and finding yourself in the company of familiar faces.

And this is the thing – from Minsc and Boo to Imoen, Xan and others, these games are chock full of memorable events, quests, storylines and deeply engaging characters that are breathlessly easy to invest yourself into. And so, by introducing all of this to a whole new generation of gamers (and principally for the first time on a home console of any description), the draught of super solid, truly epic RPGs unhindered by the baleful spectre of microtransaction focused design arguably, and thankfully, comes to an end.

Baldur’s Gate: Enhanced Edition Pack Is The Gift For Genre Fans That Keeps On Giving

As great as these games are, it’s a true enough point that their appeal will not be universal. Though these are massive adventures, much of the story is conveyed through audibly muted text which could well be construed as a chore by those who prefer to have their narratives imparted directly into their hearing cavities. Then there are the visuals.

Both games are around 20 years old and were designed in an era where HD resolutions would not exist for another 10 years or so. The blocky cutscenes of the original games have been remastered – and don’t look at all bad on a large 4K screen, it must be said. However, the in-game environments look a little faded and soft when it comes to detail (to be expected considering their age and associated original resolution that they were rendered at), and might be something that contemporary gamers will balk at when compared to the visual presentation of other titles of this ilk.

Despite such niggling issues, none of them meaningfully tarnish the overwhelmingly grand sum of the package that is on offer here. A grandiose twinning of two of the best RPGs of all time (not to mention the finest output to ever come out Bioware – sorry Dragon Age and Mass Effect fans), these games are something close to a gaming miracle – such was the previously perceived slim chance that they would ever manifest on contemporary gaming console hardware.

Filled with great writing, unforgettable characters, a stunning amount of player freedom and enough content to keep you busy all the way into the next life, Baldur’s Gate: Enhanced Edition Pack is an awesome offering that everyone should make an effort to get stuck into.

A stunning re-release of a pair of genre titans, the Baldur’s Gate: Enhanced Edition Pack is an eminently thoughtful and evocative reminder of just how good these RPGs were and how now, PS4 players can finally turn back the clock and see what all the fuss was about. Trust me, you won't regret it.