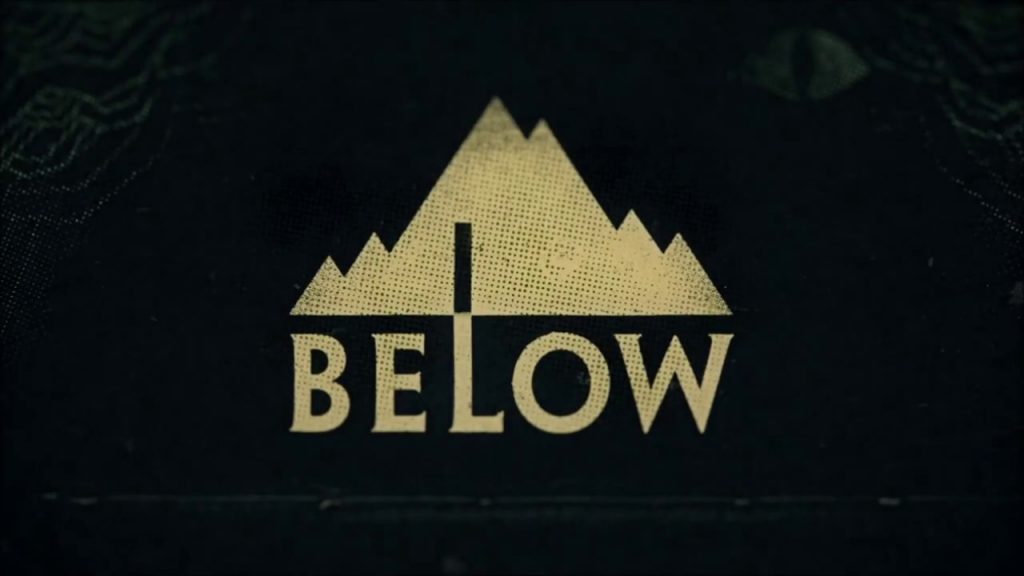 There is a good chance that, no matter who you are, Below hates you – it really hates you. It thinks your car is dumb, your face is silly and the fact that you would even front up on it and attempt to plumb its depths is an utterly ridiculously prospect. Despite this hostile nature however, Below is a roguelike adventure that encompasses a work of such occasional striking beauty that it can sometimes prove all too easy to forgive.

A Beautiful But Maddening Roguelike Adventure

After the most ponderously slow introduction I have ever seen in a video game in which Below’s diminutive protagonist slowly sails to a mysterious island off the back of some exceptionally choppy seas, the game begins in earnest, adopting a distantly elevated perspective to show your adventurer stranded on the beach of a mysterious island and essentially leaving the rest entirely up to you.

That’s right – there’s no tutorial or hand holding of any kind and while some games manage to successfully leverage this as a badge of honor (see Outward), in Below it all comes off as a touch pretentious and more than a little frustrating, not least because everything feels much more obscure than it needs to be. The main culprit here is the fact that rather than relying on the written word, Below instead mainly uses a bunch of symbols and numbers to impart to you how things work in the world – and even then, such instruction is often left up to interpretation.

For example, you come across a campfire on the beach shortly after the eye-rolling introductory cut-scene has finished its slow crawl. Upon inspecting the campfire, it seems like you can craft stuff but how the crafting system actually works remains a complete mystery because, again, it isn’t explained to you at this point. Elsewhere, because even basic controls aren’t explained, this invariably means you’ll waste a good few arrows and resources by complete accident before you start to work out what’s going on.

And this is the thing, somewhere beneath this weird fog of obscure design Below actually reveals itself to be a fairly well-constructed survival effort for the most part, and as it turns out, you can actually craft anytime and anywhere you like, while a process of discovery is used to work out what items can be created and which ones cannot (a handy color-coded indicator helps you with this admittedly).

Further afield, you soon realise that the luminescent crystals that are dropped by slain creatures within the island’s cave have a number of applications, too. Whether that’s dropping them to illuminate the perpetual murk of Below’s subterranean chambers like some sort of labyrinthine twine, or sacrificing 25 of them at a camp fire to create a fast travel point for you to return to after death, all of these clever discoveries are made off your own steam and, in being something of an exception to the rule of Below’s frustrating obscurity, feel appropriately satisfying all the same.

Soon enough, it doesn’t take long before you realise that ultimately the goal in Below is to get the bottom of the island and, for the sake of spoilers, discover the source of the ancient power that lurks there. In practice, this plays out simply; you must make your way to the staircase found in each level in order to descend to the next – once you have the requisite staircase key of course and successfully navigated the dangers which lurk around every corner.

Arguably, it’s the exploration of Below’s opulent island environment and buried structures that serve as a constant highlight (so much so in fact that developer Capybara Games included an explore only mode that does away with Below’s survivalist trappings for those who wish to remain stress-free in their dungeon delving), as newly entered rooms are engulfed in a thick fog which clears the more you explore.

Certainly, Below does a great job of making you feel like you’re heading towards the bowels of the earth in away that deftly echoes its title, as the feeling of descent is appropriately palpable, while a selection of increasing gorgeous, yet intriguingly alien subterranean realms unfurl in front of your eyes. But there’s more to Below than just exploration though – as such surface concerns soon give way to a fable that undermines your expectations in quite an interesting way – but again, such talk lay squarely in the realm of spoilers.

Below however, never fails to remind you that is, in fact, something of an asshole and a careless explorer can meet an untimely end by simply rushing through a room and stumbling into a set of insta-death spikes, or being pummelled to death by a cabal of murderous cave critters. Thankfully then, it’s with some relief that I can report that death is actually handled quite fairly in Below.

If you happen to shuffle off your mortal coil in Capybara Games latest, you once again find yourself wrecked on that same island – except this time you’re rocking up to its mysterious shores as a different adventurer who other than looking unlike their predecessor, nonetheless plays the same in every single way. Where the good part comes in though, is that if you can find your corpse (and not die trying) you can reclaim most of your loot and pretty much continue where you left off – and it’s here that Below’s fast travel campfires suddenly become obvious in their usefulness.

Below is an oddity, that much is for sure and it’s one that is largely defined as much by the hardened resolve of its design to make the whole thing seem as unappealing as possible in the early going.

Still, as with most things in life, perseverance ultimately pays off and for those who are willing to endure Below’s School of Hard Knocks style curriculum, they will discover a frequently beautiful roguelike adventure that while hardly exceptional, still weaves a memorable tale of an island from which its deepest, darkest secrets prove to be an engrossing attraction.

Below releases for PS4 on April 7 and is also available on Xbox One and PC.

A maddening eschewing of basic exposition makes Below feel like something of an arrogant work - but ultimately it wields a tremendous audiovisual aesthetic and weaves an interesting, if not an always thrilling, take on the roguelike adventure template.