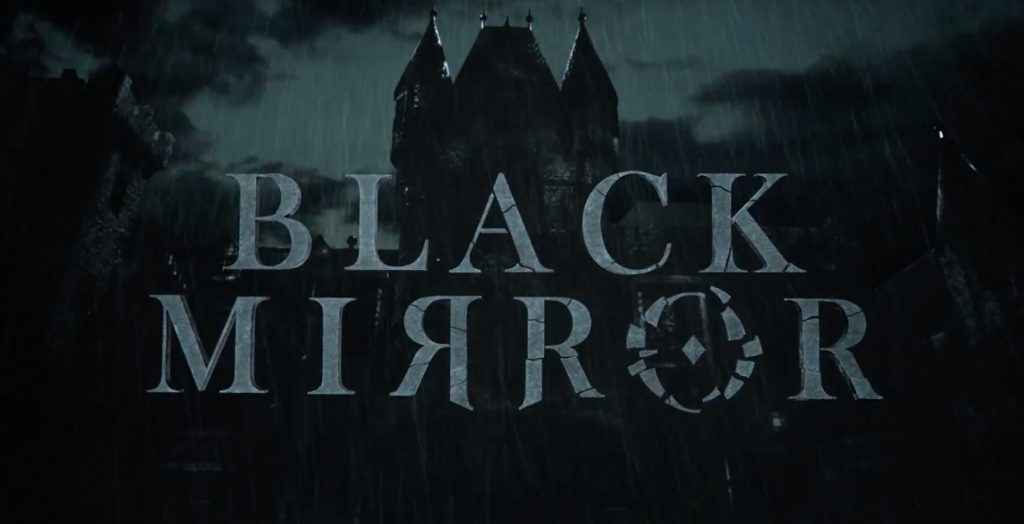 A reboot of a trilogy of third person adventure titles exclusively released on the PC back in 2003, Black Mirror tries in earnest to rekindle the suspense and psychological unease that those games managed to so successfully achieve all those years ago. It's with some relief then, that I can happily report that developer KING Art Games has been largely successful in this endeavor; fashioning an enjoyably old fashioned yarn that still manages to satisfy despite its decidedly ramshackle construction.

Set in the Scottish highlands during the roaring twenties, Black Mirror puts players in the suede shoes of David Gordon, a wayward traveler who has returned to visit his ancestral home after receiving the news that his father has perished under mysterious circumstances. Using the excuse of settling the mundane matters of the estate as a cover, David must take the opportunity to explore his new home to not only understand his father better, but also to delve into the madness that has plagued his family for generations. By channelling the likes of literary icons such as Edgar Allen Poe and H.P. Lovecraft, it should come as little surprise that Black Mirror weaves a morbid tale that zeroes in on the notions of madness and psychological terror. More than that, the writers have managed to commendably tie together two subgenres of storytelling to great effect; the traditional whodunit mystery, with the sombre underpinnings one might expect to see in a Poe or Lovecraft work.

Deftly too, the developers behind Black Mirror manage to capitalise on that sense and feeling of foreboding dread with great use of light and shadow to create an appropriately bleak and uneasy game world for players to gingerly explore. Certainly, the effect of light slowly creeping into a room as your flickering candle throws shadows upon the wall is quite the sight and stands as one of many that reinforces Black Mirror's penchant for the grim and the unsettling.

Totally absent any kind of combat, Black Mirror instead takes inspiration from its roots; affecting a take on the puzzle solving adventure that feels much closer to something you might play in 2003, rather than 2017; encouraging thoughtful puzzle solving over confrontation. As it is, though Black Mirror is ostensibly an effort that stems from the yesteryear of gaming, its formula has aged fairly gracefully for the most part. By speaking to individuals around the estate, picking up items, clues and solving puzzles, Black Mirror is lent a more laid back, investigative quality. Though the lack of violent battles certainly helps in this regard, there is something to be said for the satisfaction gleaned from solving one of the game's intelligently crafted puzzles (and not just because most of them are tied to trophies either - though that certainly doesn't hurt).

Black Mirror is let down by uneven technical execution

Let's take the character models for example; largely, the voice acting performances doled out by the cast is impressively believable. What is less believable however is the basic facial details and extremely poor lip-synching that the dramatic close-ups of these characters soon expose. Likewise, the walking and running animations are also lacking any sort of true grace, appearing more as atrophied mannequins attempting a facsimile of human traversal, rather than a depiction of proper, life-like movement. A bigger issue with the technical presentation though is the framerate. Seemingly uncapped, you could be looking at a framerate in the 50-60fps range while in the outdoor environments, before having that plummet down to the 18-25fps region when inside the estate. It's really off-putting not least because it makes the response time and character movements in Black Mirror feel disconcertingly inconsistent as a result.

Beyond its dubious technical merits, Black Mirror also suffers from a number of bugs and glitches which range from the mildly annoying to the infuriating. As an example of the former, players can expect Black Mirror to stutter a lot in between cut-scenes, while occasionally textures and shadow effects will sometimes either be rendered incorrectly or not displayed at all.

Much more serious however, is the small handful of game breaking bugs that can be discovered throughout Black Mirror. In particular, if you attempt to examine letters on a desk from the wrong angle for example, your character will just walk a few paces and then proceed to just stand there; fully non-responsive to any commands you might give and forcing you to reload as a result. One would hope then, given the calibre of the rest of the package that the lack of technical polish on display here will be fixed by an imminent patch because failing to address these issues would be quite the tragedy indeed.

Despite it's easy to get to grips with whodunit adventure stylings and compelling story; Black Mirror is a game that asks for a lot from the player. It asks players to forgive its wonky characters, to forgive its yo-yoing framerate and also to forgive the wide selection of bugs and glitches that can be found from beginning to end of the game.

Should all of these sins be looked past however, then Black Mirror reveals itself to be a compelling prospect as it revives good old-fashioned puzzle solving, clue finding and mystery solving in such a way that it all feels wholly refreshing, even now in 2017.

Did you enjoy this Black Mirror review? For more details on the game, check out the official hub for Black Mirror.

If you can look past its litany of rough edges, a genuinely enjoyable suspenseful adventure thriller awaits in Black Mirror.