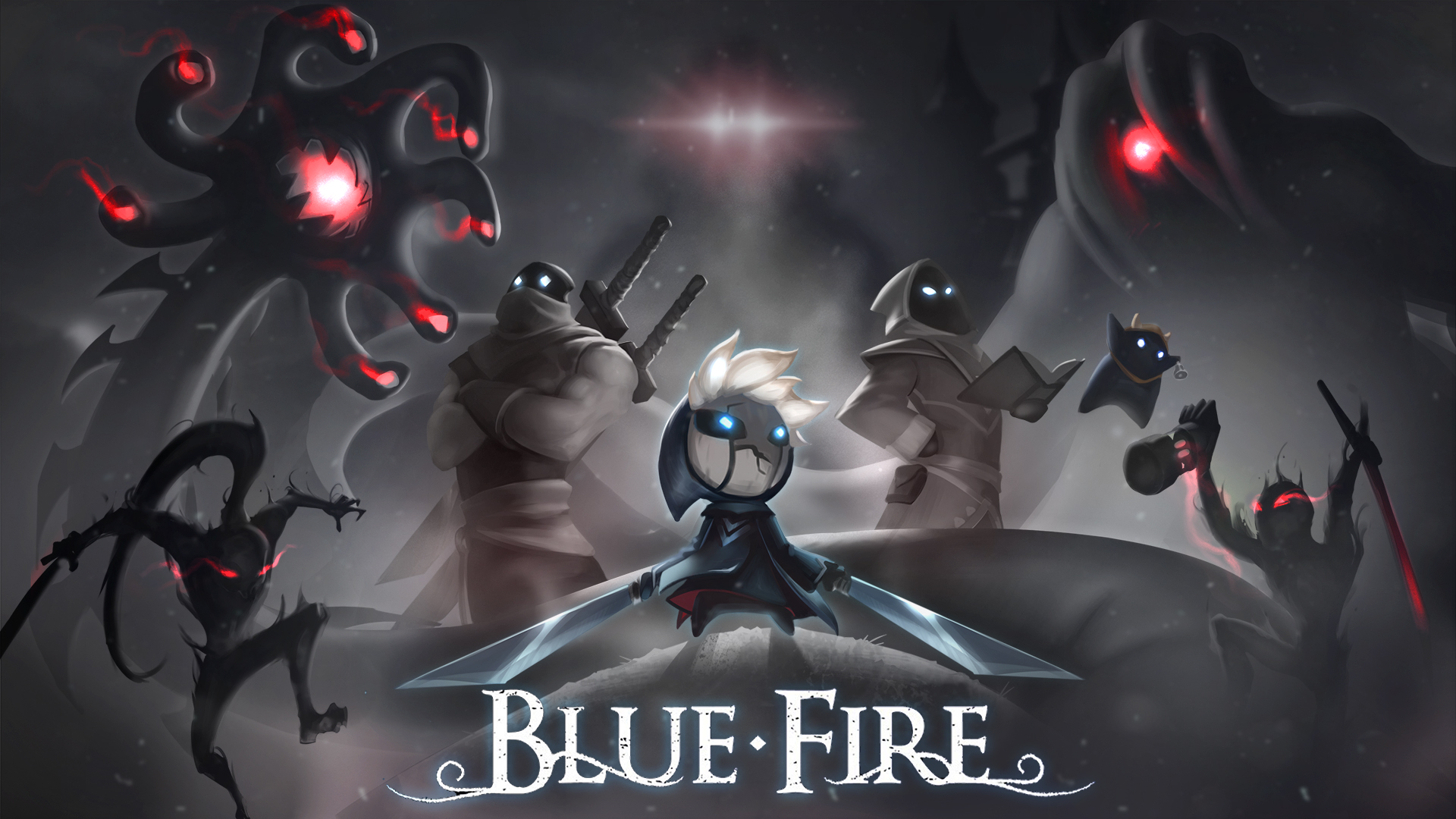 Blue Fire PS4 review Blue Fire is a 3D action platformer and a debut commercial release from Argentinian indie developer ROBI Studios, and it’s safe to assume that there’s more than a couple of Nintendo fans on its design staff.

Awakening in Penumbra’s desolate castle – which is contaminated with a hazardous black goo oozing from its walls – our protagonist Umbra is equipped with little more than his cloak and sword; as Link has proven in The Legend of Zelda countless times, that’s all you need to have a good time, right?

Mechanically, Blue Fire is a sound game with a plethora of playful tools and movement options which lay the foundations for what could be a classic adventure. However, it falls short in its design and fails to reach the high standard it aspires to in almost every aspect of its gameplay – be that its combat, puzzles, or platforming. 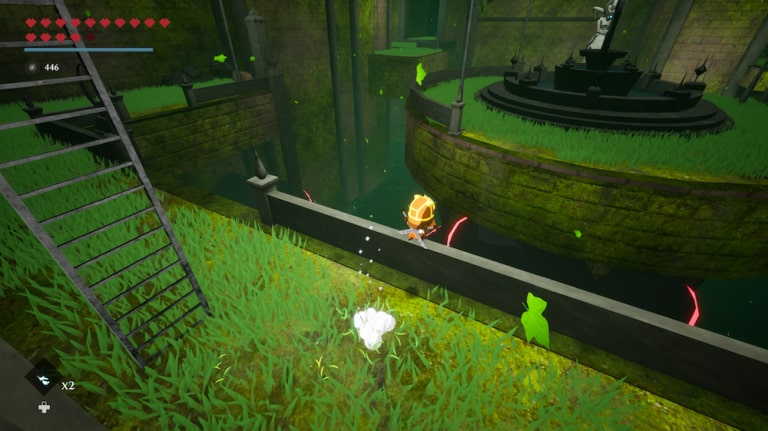 Combat is initially fiddly thanks to hard-to-read visual cues from enemies making it hard to recognise when they’re about to attack. Beyond that learning period with each enemy type, when you’ve learned their giveaway routines, the combat remains frustratingly awkward due to a shield which protects your health bar yet will leave you vulnerable to getting yeeted off a ledge with a blow from an enemy’s sword. It’s usually safer to use the dash button to get out of sticky situations, rather than trying to endure them with you shield, rendering that particular mechanic useless.

Throughout the game, you’ll find over a dozen small cubes known as Void Entrances. These serve as portals to a distant world with each one housing a standalone level, seemingly diverting from its The Legend of Zelda inspiration and instead paying homage to Super Mario Sunshine’s secret levels. There’s no enemies to speak of and it’s simply your platforming skills that’ll be put to the test.

These are a nice change of pace from the puzzles and combat, and certainly keep things fresh throughout, however be prepared to have your patience tested as these come with their own unique frustrations. 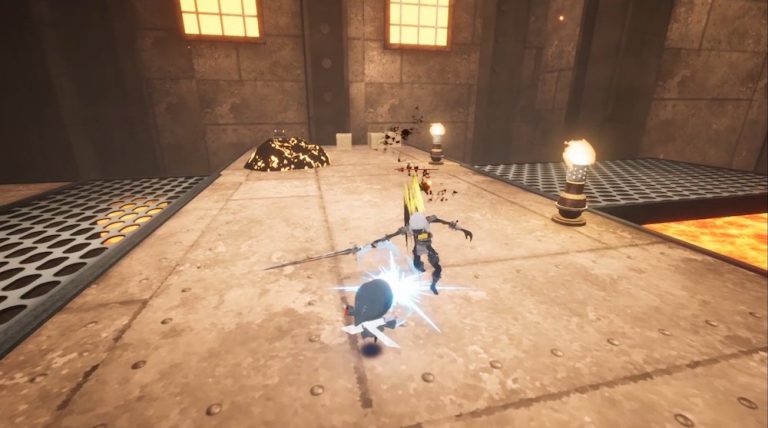 Umbra’s movement is remarkably fast at best (downright erratic at worst) yet the level design doesn’t appear to have accounted for this in its often minuscule platforms. These can be infuriatingly tricky to land on consistently and this is only exacerbated by the lack of a prominent shadow underneath your character, making it particularly hard to judge where you’re about to land in a 3D space.

I have to say, I threw my fair share of tantrums at Blue Fire, having fallen short at the final hurdle and being sent straight back to the beginning of a scenario on more than a few occasions. Thankfully, within these self-contained worlds, there’s no “game over” state and you’re free to retry the stage ad infinitum.

The same does not apply in the overworld nor Blue Fire’s dungeons. Depleting your health bar will result in an instant game over and warp you back to the previous checkpoint, or the dungeon’s entrance, respectively. Solved puzzles will remain solved, but enemies will respawn and, in a Demon’s Souls-like fashion, you’ll need to retrieve your stash of Ore – Blue Fire’s in-game currency – from where you previously died. 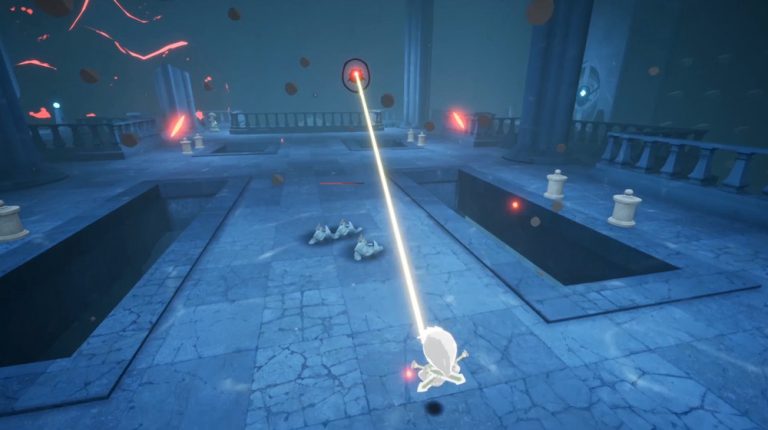 You’ll have the self-proclaimed “hardcore” (read: gatekeeping) crowd shouting about how this is a design choice, and if I can’t hack it then I can’t possibly be a games journalist. Ultimately, there’s no excuse for a developer that chooses to disrespect the player’s time by forcing them to defeat enemies they’ve already defeated, and overcome platforming challenges they’ve already overcome, as a punishment for dying at the hands of an end-of-dungeon boss.

In games where the player can be held accountable for their untimely demise, this might be acceptable. When the combat is as clunky as it is here – with the targeting system losing track of locked-on enemies almost at random, and certain enemies arbitrarily exploding in defeat – it feels like little more than dated game design.

All of the above is disappointing to say the least, especially when Blue Fire looks so promising from the surface, and certainly shows glimmers of charm in the characters you meet along the way. 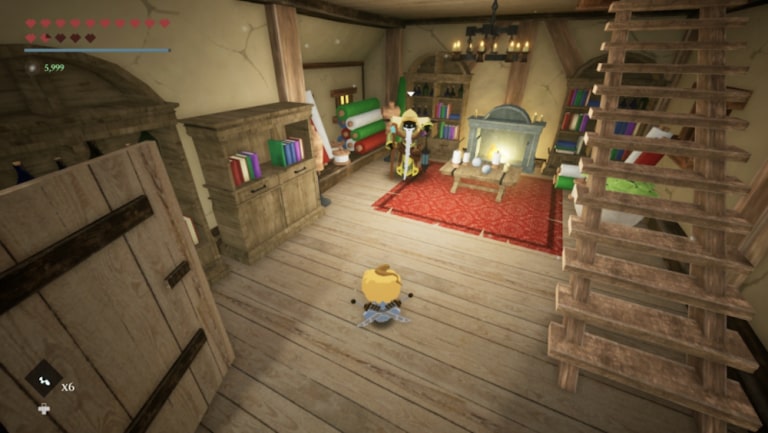 One early encounter sends you on a repair quest for a guy that adores elevators. It’s a simple task of finding the elevator and paying another character to make the repairs, however, if you’re short on Ore you can haggle with him and promise to pay him double later on, which leads to a genuinely comical moment when you meet up and you still refuse to pay. The NPC monologues are genuinely top-class and a highlight in an otherwise frustrating game.

Now, it wouldn’t be a Zelda clone if it didn’t have an underlying RPG system granting new abilities as you progress. The more useful ones tilt the scales in your favour by allowing such perks as doubling the amount of Ore that you collect, or nullifying fall damage, while others are less helpful: I genuinely laughed out loud when I unlocked the power-up which increases Umbra’s default movement speed – as if the game’s movement wasn’t already too fast!

Blue Fire packages in elements from some of the finest games around – namely The Legend of Zelda series – but you should accept no imitations. It launches on PlayStation 4 at a similar time to Skyward Sword HD, but don’t be fooled if you don’t have access to Nintendo’s hardware – this is not a suitable alternative.

Blue Fire is out now on PS4.

Blue Fire had all the potential to become a top-notch Zelda clone for PlayStation's audience, but misses the mark significantly with dated level design, unwieldy controls and an unforgiving checkpoint system.