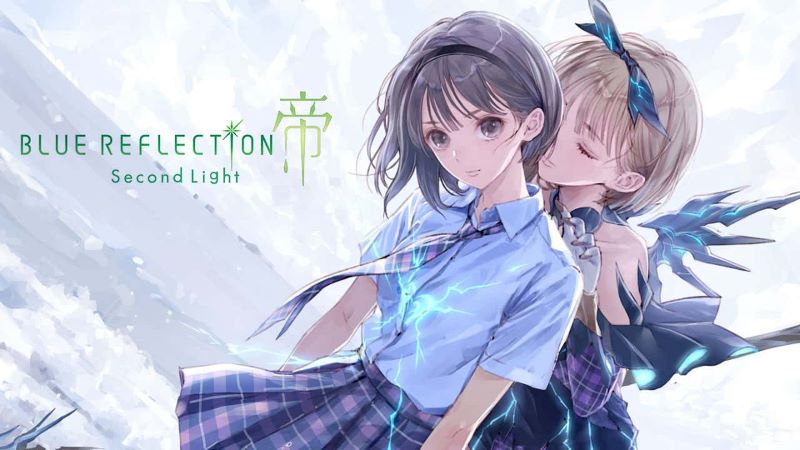 Blue Reflection: Second Light PS4 review – Blue Reflection Second Light is a surprising sequel that I never thought would get the light of day. Developed by Gust and Koei Tecmo, the Blue Reflection franchise focuses on female high school students dealing with trauma. Whether it’s physical or mental trauma, the girls band together to deal with their issues in the form of a magical world full of demons that manifest their negative feelings.

A Story Of Love, Friendship, And The Bonds We Build Together

Second Light serves as a departure from the original title, which saw the girls juggling school life and battling in a magical world. Instead, the sequel transports the girls to a different world where they’re trapped with no memories of their past life and must recover their memories and find a way out.

This applies to the entire cast except for our main character, Ao, who is the only girl who has been able to retain her memories.

The game’s story starts slow, but it does grow into an exciting mystery. What was happening to these girls, and why were they being transported to a mysterious new land? The narrative is expanded by a phone program that provides information about the world but hides something to keep the girls trapped in this location. 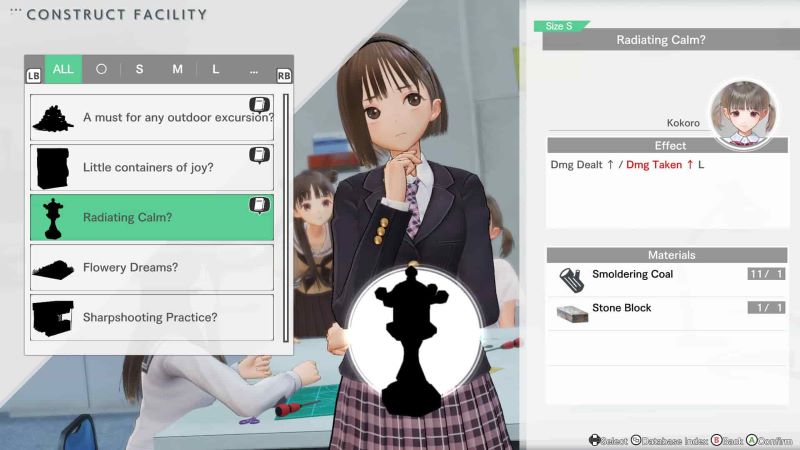 The girls reside in a school that acts as their home base, and most of the extra activity the game provides takes place here. Crafting, cooking and school expansion are just some of the activities you’ll participate in.

Every Activity Provides Rewards And Upgrades For Your Characters

Everything you do requires materials that you can scavenge and acquire from defeating enemies. Cooking allows you to make items that restore your health and cure status ailments. You can also make additions to the school by crafting various buildings and additions. These are worth building because they not only unlock new side quests, “Dating” segments, but most importantly, they provide permanent stat boosts to party members.

Dating is another essential aspect of the game, but it’s less dating and more like hanging out. As you build up your relationship with the girls, Ao can go on Dates with them. This essentially just has you learning more about how each girl is feeling and dealing with the circumstances. There are parts where you can start a romantic relationship. These moments are unique and open up the characterization. 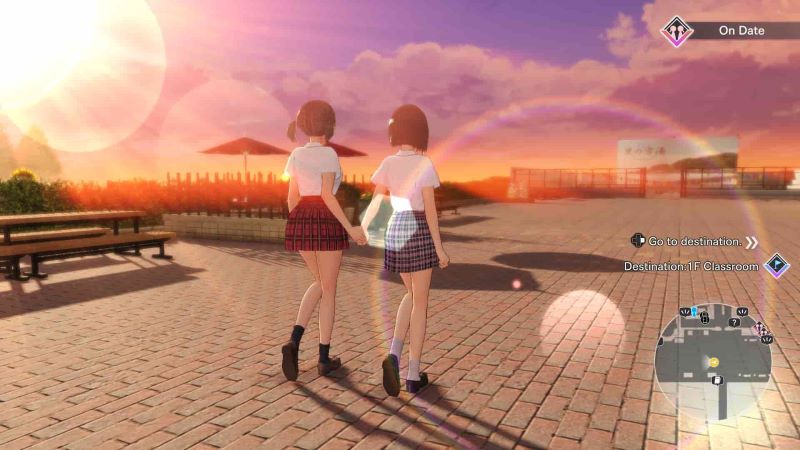 As your relationships build, you’ll unlock requests. Completing these requests give you not only new times and craftable blueprints but also increase Talent levels. As the girls’ Talent levels increase, they gain points that can upgrade stats like increasing Attack power and unlocking new skills.

The characters are the most vital part of Second Light, and learning about each one was a joy. Each of the ten girls is full of personality, and each one is so unique and different. I loved the interaction with each one of them. The confident academic constantly trying to help you improve your life skills or the shy cook who wants to do nothing but cook and eat food all day.

Each character plays an essential part in the story as the various lands and locations you visit are based on fragments of their memories. Each site is unique and different from the last and focuses on each one of the girls. As you explore these worlds, you’ll find crafting and cooking materials as well as memory fragments for the girls’ world you’re exploring.

Each location is drastically different, from mountain villages and shrines to small towns and large cityscapes. The game takes you to plenty of unique places. Exploration sees you sliming up rooftops, walking across planks, crawling under buildings, and sneaking around powerful enemies. 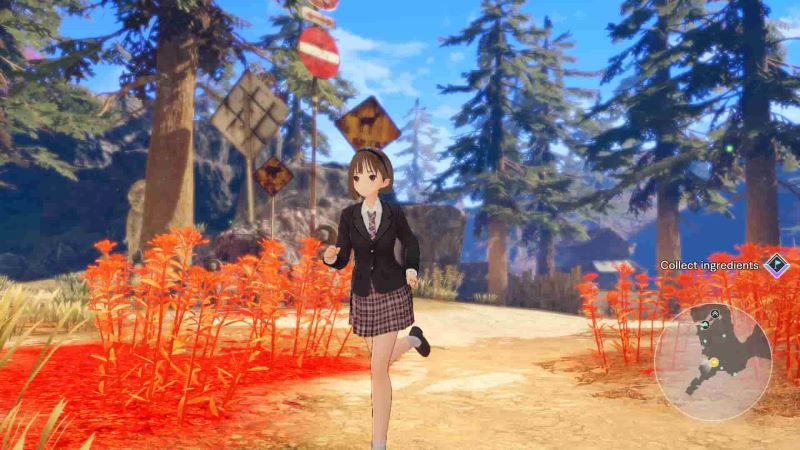 Sneaking allows you to view the vision cone your enemies on the field, allowing you to creep up on them or avoid them altogether. It’s also the only way to launch a preemptive strike on your enemies.

Complicated Mechanics Makes Combat More Difficult Then It Needs To Be

Combat is where the game falters the most. Second Light’s battles are overly complicated for no real reason. What makes it even worse is that it utilizes a turned-based active time battle system. The first issue comes from the game’s controls. Each of the three battle members are mapped to the X, L2, and R2 buttons, and it took me a long time to get acquainted with the layout. Thankfully you can also set your L2 and R2 party members to fight automatically.

As more party members join your team, you can set them as supports. The supports are mapped to the square button, allowing you to use items with them and switch out party members. The supporting character has their active time system that you have to watch out for, and worse is even when you active anything with them, like switching out a character, you have to wait until their next turn before they jump in. 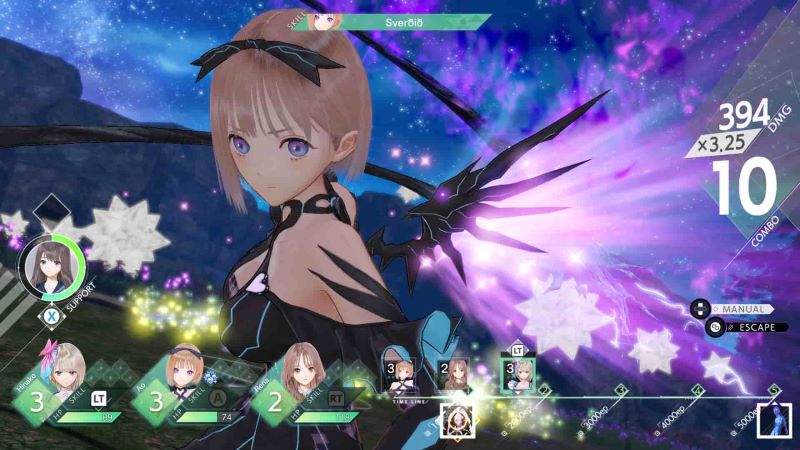 All of this is happening simultaneously, so there are many things you constantly have to pay attention to, especially during boss fights. It also doesn’t help that the camera continually shifts and shows all the effects and attacks, which adds to the distractions. Another aspect of combat that drags it down is the Ether system.

Each attack or ability you use uses up a certain amount of Ether. After you attack, you’ll gain another level to the Ether bar. As the Ether bar increases, you’ll gain access to more skills that use up more Ether. If you want to use these more powerful abilities, you have to wait for the bar to fill up, leaving you open to multiple attacks. The payoff is that you can attack multiple times with one character or save up for a super-powerful attack.

Like the first game, your characters can transform a more powerful attack maiden giving them access to new attacks and drastically increasing their stats. This takes at least three complete combat rotations and only happens when you have built up a certain amount of Ether.

Chances are you’ll never really see these transformations until you reach a boss, but even then, it still takes so long that the boss may be more than halfway dead, so you don’t get to enjoy the transformations as much as you did in the previous title. 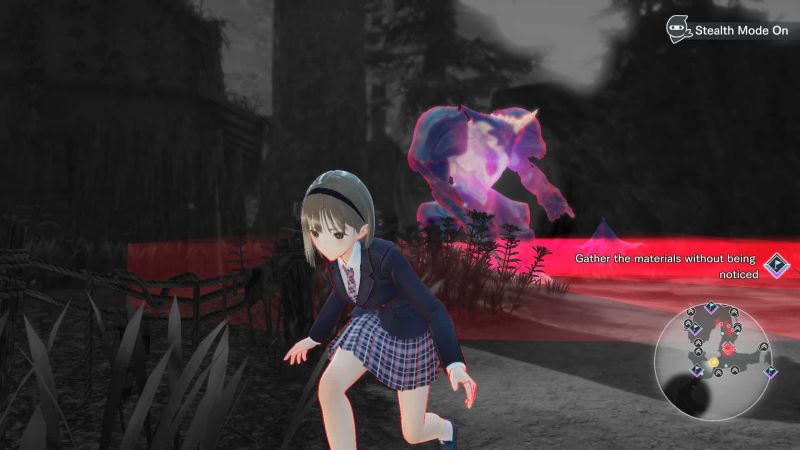 Graphically, the game hasn’t been improved much from the first game. It has a unique style that utilizes bright, vibrant colors with intense lighting, but it causes a problem because everything looks murky. Objects that are only fifty feet away are fuzzy and look like mirages. Maybe it’s by design, but it feels like the game has a hard time rendering objects.

The soundtrack is also not very memorable, and the voice acting is Japanese only, and there is a lot of dialogue. As such, if you don’t have a lot of patience, you’ll have some trouble moving on.

Blue Reflection: Second Light is a second chance for the franchise, but it just doesn’t stick the landing in any of its RPG elements, much like its predecessor. I enjoyed the downtime in the game where I got to hang out and build on my parties relationships while expanding on my school and watching it grow, but unfortunately, the combat drags the experience down.

It's a shame that Blue Reflection: Second Light couldn't live up to the expectations it set for itself. Though the story and characters development is good, the game is held back by overly complicated combat mechanics that seem to make encounters harder and longer when they didn't need to be. With the franchise now two games deep, I have to wonder if a third entry will ever get the light of day and if so, will GUST Studios finally be able to get the formula right.