There’ve been many experiments with Noir in video games over the years. From the ridiculously sublime likes of Grim Fandango to the stoic grit of Rockstar’s L.A. Noire, it’s a consistently fascinating genre to draw from. The jazzy soundtracks, gangsters, sharp suits and enough claret to open a vineyard in California ensure that Noir is a perfect fit for the adventure game model. Now, Barcelona-based studio A Crowd of Monsters are the latest to meld the two things together, with an intriguing mix of reality and fiction in Blues & Bullets, an episodic Noir adventure game with a twist. 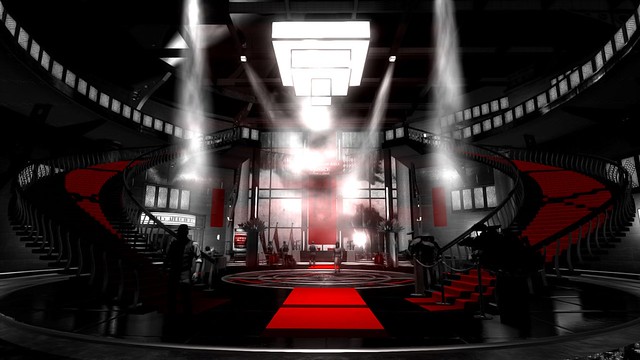 The reality part of Blues & Bullets comes in the form of its protagonist and his history. You play as real life agent Eliot Ness, famous for being a Prohibition Agent, and one of The Untouchables, battling against some of history’s most infamous gangsters in 1930’s Chicago before eventually slipping into a booze-fuelled decline in the years following his greatest triumph. In Bullets & Blues’ skewed take on history, Ness has mostly overcome his demons to live out his days running a diner (the titular Blues & Bullets). That is, until his past comes back to offer him one final case, and it is a doozy. Needless to say, that’s a pretty solid basis for a protagonist, which is coupled with a compelling story embroiled in the occult and peppered with alternative history quirks. Blues & Bullets stands out from the crowd with its concept alone; the trouble is, it’s the more familiar parts that struggle to make it shine.

Blues & Bullets plays much like any modern adventure game. The Wolf Among Us is probably the closest comparison point in gameplay terms. You steer Ness around each scene, interacting with highlighted points of interest and talking to people. There’s a sprinkling of action scenes and piecing together clues to diversify what you do in this first episode, plus a staple branching choice system, but here it’s a tad uncertain what these choices mean yet. They’ve clearly been designed to have an impact in a later episode, but without any kind of immediacy to your decisions, it makes them feel, at times, unimportant. The regular dialogue choices are pretty standard, a ‘Nice, Nasty, or Sarcastic’ selection effectively, but to A Crowd of Monsters’ credit, they’ve given Ness some pretty snappy answers to make it at least feel fun to experiment with second time around. 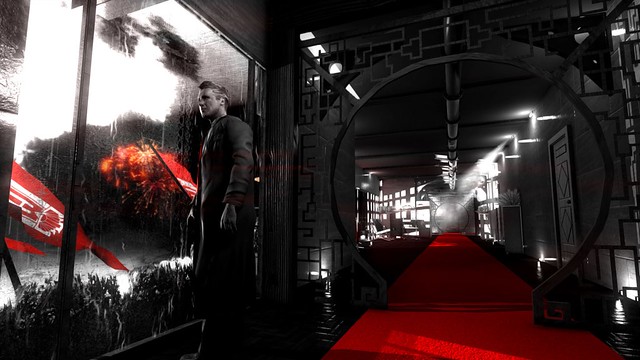 Aesthetically-speaking, Blues & Bullets makes the most of what it’s got. The game engine is pretty rough around the edges, and the character models come off a little bit too House of Wax a lot of the time, yet A Crowd of Monsters negate the majority of those criticisms with fine camera work and, most notably, with the slick black, white and red art style. For the most part, Blues & Bullets is presented like a black and white Film Noir. The only splash of color in this world is several shades of red, but mostly bright, blood red. It’s really well implemented, with points of interest being highlighted in either bold crimson, or with a faint shimmer of scarlet. This sells the Noir feel beautifully, glossing over the graphical limitations for the most part. The art style is Blues & Bullets’ calling card, its way of being noticed; it wouldn’t manage that so well if there wasn’t that camera work going on as well. It’s all simple things that may seem inconsequential when thought of in isolation, but the right close-ups, the right angles, are commonly used and to good effect. Like the art style, the camera work helps to nail that Noir feel.

There’s a particularly impressive scene early on in the episode that makes clever use of Ness’ narration as gameplay mechanic that utilizes the camera to great effect. This scene is the embodiment of all that works with Blues & Bullets; its greatest strengths packed into five minutes of chaos, crime and choices. It’s definitely worth adding that the soundtrack, by Sonotrigger and Iza, is absolutely spot on as well, giving a little modern bite to a classic jazzy Noir score. It’s a thing of beauty, and is as much a part of Blues & Bullets’ successes as the visual high points.

Another distinctive part of Blues & Bullets is in its story. I already touched upon the occult vein running through this episode, one that looks set to be the centrepiece of the entire series. It adds a bit of flavour to your regular Noir tale, as does the alternate history angle which ties in historical people and places and spins them in a new direction. When you go to meet someone midway through the episode, you fully expect to be going to a certain type of establishment; the game instead swerves that preconception and takes you somewhere far more impressive. A similar trick is pulled during the closing moments of the episode as well, and while not quite as effective, it does at least set up a bit of intrigue for episode two.

You feel Blues & Bullets could have worked just fine as a run-of-the-mill detective adventure given the characters and real-life history involved, but these little twists on fact clearly make for a more entertaining concept, and prevent the air of mystery being suffocated by foreknowledge of Eliot Ness’ story in the real world. It means anything could happen with Ness here, as he seems to be a step away from sinking into that blackness of addiction and violence that consumed him once before. Indeed, it will be very interesting to see just what direction he does go in when all is said and done. 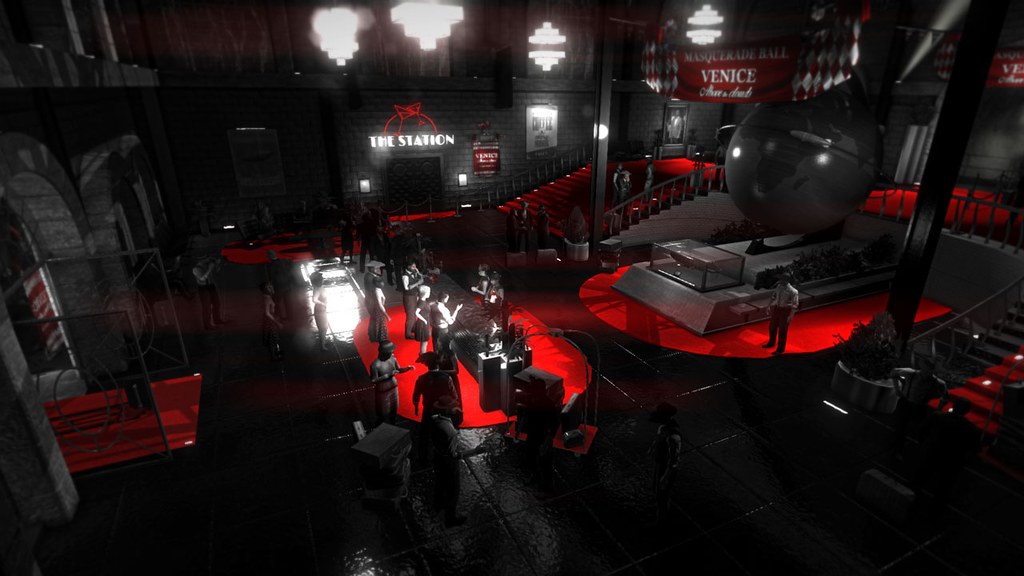 There is a lot of potential for Blues & Bullets to go on and prove itself a diamond in the rough. This first episode has a whole lot of swagger to its presentation, but the ugly flaws are still very much in plain sight. That the game’s style trumps its substance is all down to great art design and the game’s inventive concept. The adventure parts are decent enough, very good in some places in fact, but it’s hard to say at this point if it will end up working out in the long run. If the currently meaningless moral choices come back to bite you in inventive, devastating and destructive ways then we could be looking at something a bit special—for now it’s very much more of the same as far as adventure games go. Not a bad thing of course, but the feeling is there that it could be better. What is certain for now though, is that Blues & Bullets still stands out. It’s certainly a world I want to come back to for future episodes, and it holds a mystery that, while not yet truly gripping, does have my curiosity.

A strong start for A Crowd of Monsters’ Noir adventure. Stylish, dripping in atmosphere, and compelling enough to keep you on the hook for the next episode. It has its faults, not all of which may turn out to be a problem when the series is finished, but for now they are outshone by the things this first episode does right.