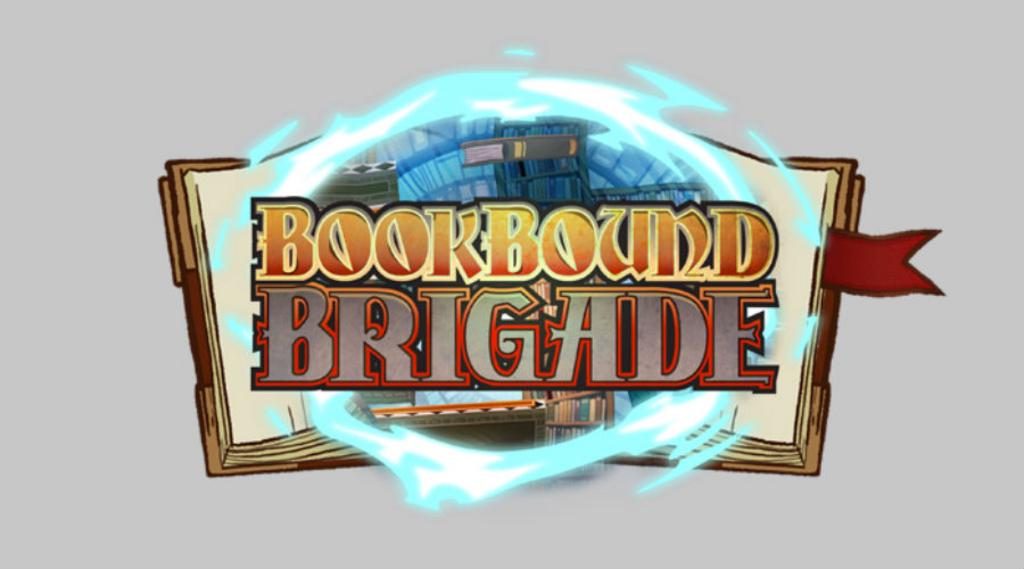 In a world where physical books are on the decline and the digital age is in full swing, it is nice to see someone make a video game about the analogue written word. I am a fan of a good book and when I saw the trailer for Bookbound Brigade, I was quite excited. A 2D cartoon Metroidvania with literary heroes, platforming and combat. Sounds perfect, doesn’t it? Well, don’t count your chickens yet, as there may be a sour twist at the end of this story.

Some toe-rag has stolen B.O.B, the Book of Books and as always in these games, it is up to you to find and return it. You must track down a massive amount of book-based characters, defeat well-known monsters and return order to the literary world. As well as the eight controllable characters you discover and meet, Bookbound Brigade is chock full of characters and foes you learned about at in your youth and have probably forgotten.

From Robin Hood to Dracula and from King Arthur to Cassandra. It is very refreshing to see characters you learned about at school or people you have read about being brought to life in a video game. I don’t think it is something that has been done before and it is very unique. The developers really crammed in a lot of characters and they are all bursting with their own quips and personality.

The British humour and sharp dialogue were among my favourite things about this game, I laughed several times at the conversations between your vastly different characters and their often uncanny takes on your current situation. It’s written very well, is very lighthearted and I enjoyed the story and character interaction very much. It made playing through each level fun and meeting each new character enjoyable.

Your characters will learn new skills and have upgrades available to them throughout the game. With Bookbound Brigade being a Metroidvania, certain areas are gated by your abilities, making sure you can only go where you should be going and making backtracking later essential to reach previously unreachable areas. One of the unfortunate issues with Bookbound Brigade though was the appalling map design.

I have played loads of Metroidvania titles and I think the map design in this game has to go down as one of the worst I have seen. Each area is a rectangle on the map with a few icons in it and it is very hard to tell where you have been or where you are going. The entrances and exits don’t really line up either, making backtracking and finding items nigh on impossible. You could do it of course, don’t get me wrong, I am just not sure it is worth the effort.

As you are meandering through each stage in Bookbound Brigade you are required to change your team’s formation. You can stick with the standard two rows of four characters, or when required for platforming, combat or puzzles, you can alter it. You can have a line of eight horizontally or vertically and you need to change often as the environment dictates. This is another area where I fell out with the game.

Changing your team formation became a deal-breaker quite quickly. More often than not the game would require two, three or even four attempts to change to the formation you require. I even once counted as much as eight button presses to get these little characters to line up. It was so frustrating, especially when you are in the middle of puzzles or platforming challenges and you are dying due to no fault of your own. I really hope this gets patched, it is a small thing but very, very bothersome all the same.

Graphically, I really liked Bookbound Brigades take on the literary world. Everything has sharp outlines and looks hand-drawn. It really fits the style of the game and its subject matter. The levels are all distinct, attractive and designed very well. The music also fits the style of the game without being outstanding or being very memorable. The whole presentation of Bookbound Brigade is well done and very pleasant throughout.

Small Issues Hold Back the Fun

I was in two minds while playing this quirky little game. On one hand, I loved the humour, art style and subject matter this game is based on. On the flip side, the non-responsive controls and bad map design held the game back and hampered my enjoyment of it. In a Metroidvania, a good map is key to finding all the nooks, crannies and secrets. In Bookbound Brigade, unfortunately, it is not really worth the effort trying to navigate its very basic map to mop up the secrets and chests. It is bearable during the story but just too poor to follow and sucks all of the fun out of the endgame exploration.

Bookbound Brigade is out now on PS4.

I really enjoyed Bookbound Brigade's humour, art style and world design but unfortunately, the unresponsive formation changes and bad map design really drag down its score. The characters are enjoyable and the gameplay, on the whole, is sound. Hopefully, after a patch to fix the control issues, I will return to find all its secrets. Until then I would wait for a sale and hopefully the fixes this game deserves.