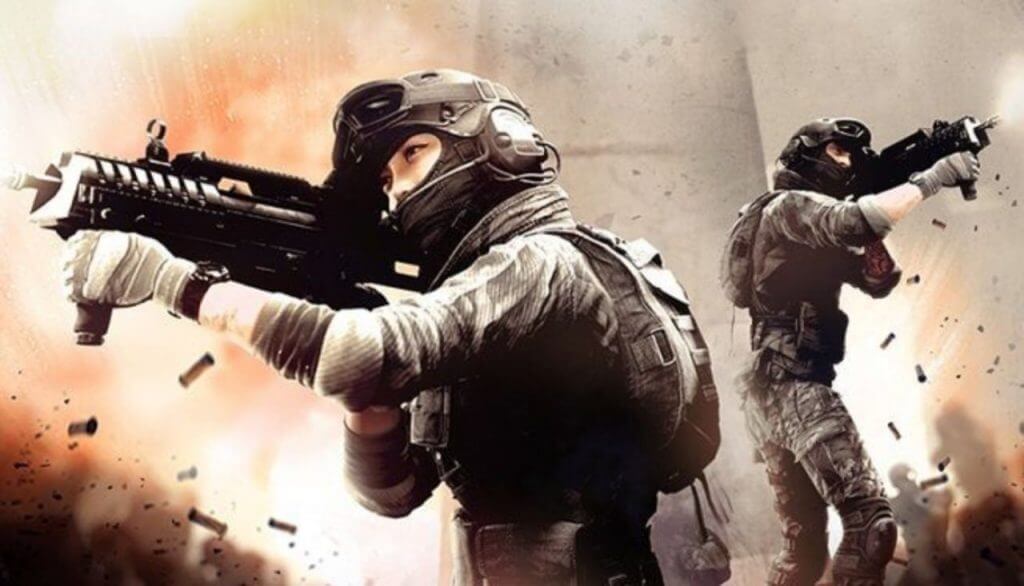 A PSVR FPS from the guys and gals behind Until Dawn should have been better than this – it really should. As it is however, Bravo Team is a poorly executed, cookie cutter cover shooter which considering its developmental lineage, cannot help but feel massively disappointing at every turn. In fact, Bravo Team feels like it should have been part of Sony’s PlayStation VR Worlds compilation, rather than spun out into its own game with price point to match ($39.99 by itself or much more if you want it with the essential PS Aim Controller). A second generation PSVR title this is not.

As a painfully generic face shooty person trapped behind enemy lines, you have to make your way back to safety by blasting other painfully generic shooty people until there aren’t any left. Now, don’t misunderstand me; there is absolutely nothing wrong with such a simplistic premise like that if its done right (all too often folk tend to underestimate just how much talent is needed to make simple fun work and feel like simple fun), however, Bravo Team utterly fails to make any of it seem enjoyable and there are a number of reasons for this.

Because you’re having to kill the same overdressed, masked identikit military goons over and over (this is literally all you do), Bravo Team cannot help but feel super repetitive; a fact which is exacerbated by its three to four long campaign, rather than a much more easily digestible 20-30 minute mini game as part of a larger and more varied offering of PSVR experiences.

When it comes to how you pull off all this baddie blasting however, rather than being able to freely roam around the battlefield, you can only wage war from behind cover and nowhere else, lending Bravo Team a distinctly on-rails feel that is miles away from the Call of Duty esque thrills the numerous trailers for the game seemingly proffer. And this is the whole game really – you kill, move up to the next bit of cover, peer around or over it, kill some more goons and then move on and do the same thing again with the camera jarringly swapping between first and third person perspectives as you move from cover to cover.

When it comes to the weapons at your disposal, you have a variety of firearms that you can get your hands on – ranging from the assault rifle that you begin the game with, to a shotgun, sniper rifle and even a silenced pistol that comes handily packed with infinite ammo. Now to be fair, each of these weapons feels meaty enough when using the PS Aim controller (the feedback that you get from every shot is pleasingly palpable) but attempt to use either the Dualshock 4 controller, or Cthulhu forbid, the PS Move controllers, and things go downhill fast as it becomes abundantly clear that Bravo Team was designed with the PS Aim controller in mind and everything else that you might use to control the game seems as a jarring, player-hostile afterthought by comparison.

Something else that makes this whole business of putting bullets into bad folk much more difficult than it should otherwise be is the collision detection, or rather the lack of its consistent implementation. Quite often, it can look like your shots are landing but the CPU isn’t actually registering their impact which can, somewhat obviously, prove to be toweringly frustrating. Beyond this, you're occasionally given the option to perform stealth kills on enemies too, but these are poorly executed as not only do the animations take forever to play out (and thus, get you easily spotted/killed in the process), but you can only do them if the enemy is next to some cover in the first place. Intuitive? Nah.

From the top, you can play Bravo Team with either a friend online or with the AI, and while playing with a mate can be fun for a few minutes, playing with the AI really isn’t fun for any number of minutes. Aside from being randomly incompetent, sometimes he’ll ignore your orders and/or forget to resuscitate you when you take too many bullets, your AI partner also simply has no real presence whatsoever and does very little to suspend your belief in the fact that you’re a pair of kindred souls stuck behind enemy lines in what should be a white-knuckle, emotionally resonant scenario. There’s just no emotional connection here at all.

Then there’s the problem of polish. Quite unlike fellow PSVR blaster Farpoint which managed to unfurl a suitably epic cinematic campaign around its PSVR shooter beats, the campaign in Bravo Team, aside from the complete lack of emotional connection that was just touched upon, feels horribly rough around the edges. From death animations that last between 10-15 seconds (I kid you not), to transitions to every new stage that is more often than not just a black loading screen, it’s obvious that Bravo Team is a far cry from the levels of polish we would normally expect from the house that Until Dawn built.

In terms of value, beyond a higher difficulty preset for the campaign and a score attack mode there is very little to tempt you back to Bravo Team once the credits roll for the first time, but then given how tragically lacking the game is in every other department the question then quickly becomes; if there was additional content on offer, would you necessarily want to play it? In the end, Bravo Team feels massively limited and poorly executed. Without question, there are many better examples of the shooter genre on PSVR that are worthy of your attention rather than this unnecessarily fattened mini-game that exists to the detriment of the otherwise stellar talent which birthed it.

If you enjoyed this Bravo Team review, do take a look at our best PSVR games feature!

EDITOR’S NOTE: There was/is a restriction in place preventing us from uploading gameplay footage of Bravo Team to YouTube so you guys can see how it plays. Feel free to draw your own conclusions from that.

A poor PSVR shooter, given the pedigree behind its development Bravo Team, should have been much better. As it is, there are much better alternatives worthy of your cash and attention.