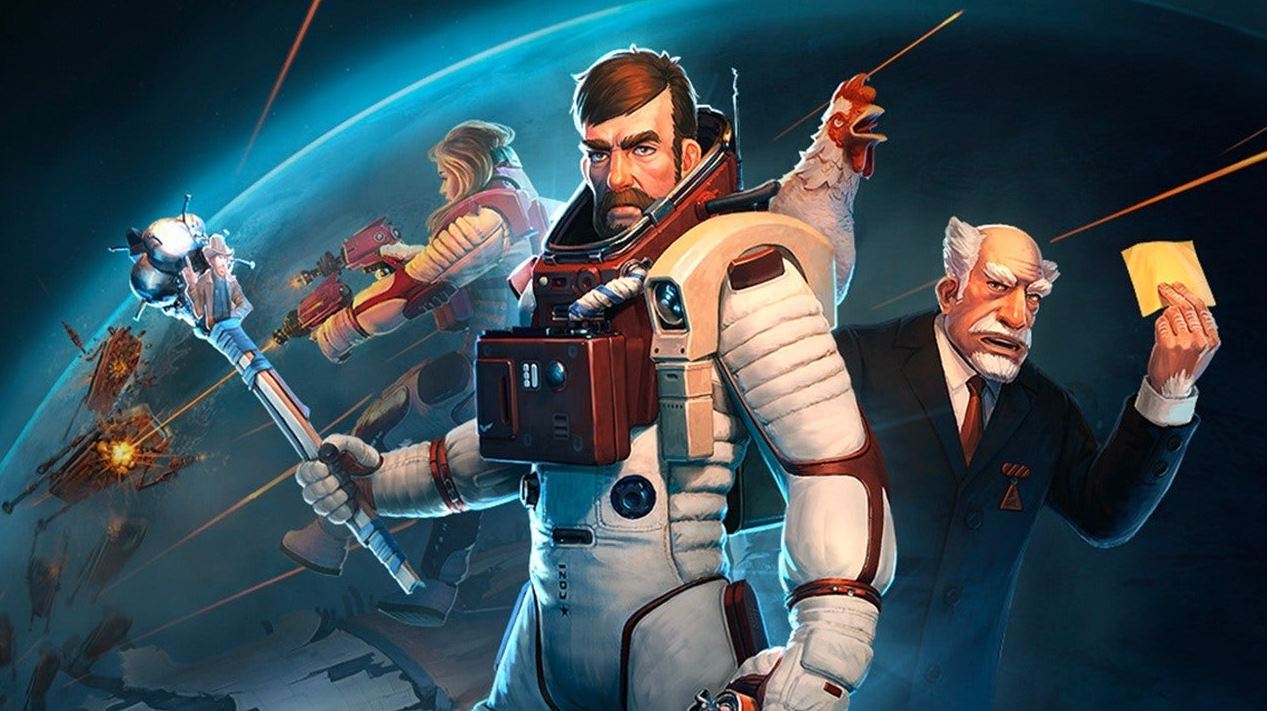 Breathedge PS4 Review. In space, no one can hear your scream, or laugh apparently, but Breathedge decides to prove otherwise with its ironic take on one of the most overdone genres in recent years, the survival genre. Whereas most survival games take place on a zombie-infested piece of land or as a naked guy running around, Breathedge instead takes you to the outskirts of the universe.

You play as the protagonist, simply described as The Man, who was travelling with his grandfather’s coffin when tragedy strikes and the spaceship is destroyed, leaving you in the middle of nothingness to try and survive.

Jokes Are All We’ve Got

Straight from the get-go, as soon as you load into your save slot, the story holds no punches with the jokes. The opening credits are nothing more than a set of one-liners set on making you amused and, if I’m being honest and maybe it’s just me, I couldn’t stop laughing. The humour is so dry and witless but it’s perfect for me; senseless comedy. To put it into perspective, one of the first jokes simply reads “half of the development time was spent finding this font” or something along those lines, which pretty much tells you what you’re in for.

Past the opening credits, you’re stranded on a small pod which is your home base. This is where the game starts and if you’re like me, where the slight disappointment starts. Whilst Breathedge can and does stand on its own two feet, it’s clear they took a lot of inspiration from the critical success of Subnautica, and whether it crosses the line between tribute or plagiarism is anyone’s opinion. Other than the tone of the game, and the setting, a lot of the game falls into the Subnautica-like experience.

You’re required from the start of surviving in space to manage your oxygen supply, and whilst dying of oxygen starvation in Subnautica was a mistake of the player thanks to the easy access to returning to the ocean’s surface, Breathedge is limited to supplies and the home base most of the time. This can create some cheap-feeling deaths. Constantly running back and forth to collect small amounts of materials gets tedious fast and in a survival game, that’s a bad sign. 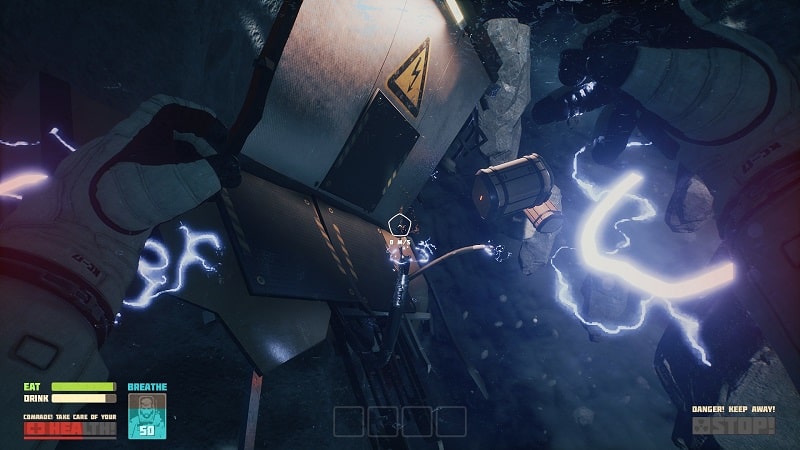 Space is one of my favourite locales in video games, there’s something about the ominous but beautiful look that is such a great juxtaposition to explore within the video game experience. And putting that in a survival aspect seems like an incredible idea, but somehow Breathedge has a lot to say but not much to give.

Its survival mechanics are serviceable, often having moments of fun, but getting the gear to survive for longer and crafting and all of that good stuff that survival games are known for seems fairly boring here.

When you finally get into the swing of things and you begin to enjoy the experience, it still measures up to be an average at best game. The gameplay loop becomes a consistent force of mediocre the more you play the game. As well as this, the controls on PS4 take some time getting to grips with, so you’ll make a lot of, not necessarily deadly mistakes, but annoying ones. Tools with annoyingly low durability make for disappointing grunts as you go to make sure you have enough to craft again. 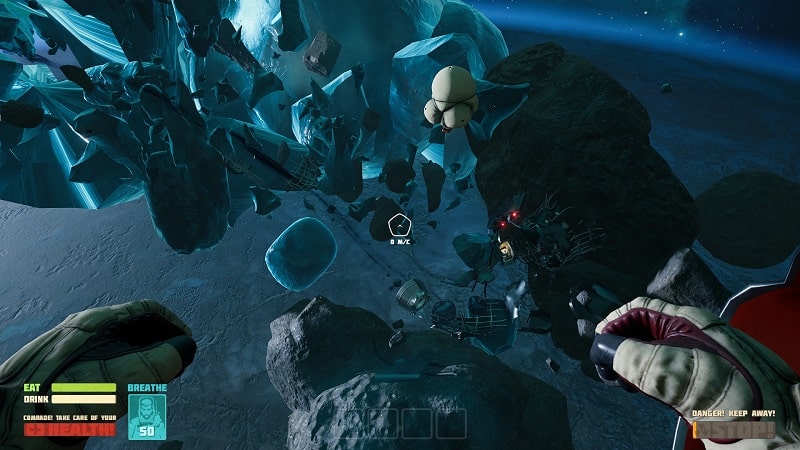 The humour can only carry the game so far before you wish you were playing something else. Jokes are all well and good but I wish it followed a similar tone to Alien: Isolation but with more survival-centric gameplay. It’s good comedy whilst it lasts but it overstays its welcome and the obvious fear of loneliness in Space and the constant chance of death doesn’t mix well with the constant jokes being said by the game’s narrator.

I may sound like I’m throwing mud at Breathedge, and I usually am, but in reality, it’s not a bad game, it’s just fine. It exists more as a pipe dream for what could have been rather than what it should have been. When the asteroid dust settles, it’s an average game that talks too much and says very little.

Breathedge is available now on PS4 and is playable on PS5 via backwards compatibility.

If you're addicted to survival games like myself, this may be something you'll want to play to try out yourself. But if you're wanting to enter the genre, this isn't your entry point. There's plenty of better options out there, and Breathedge simply ends up existing when it could have been shining.