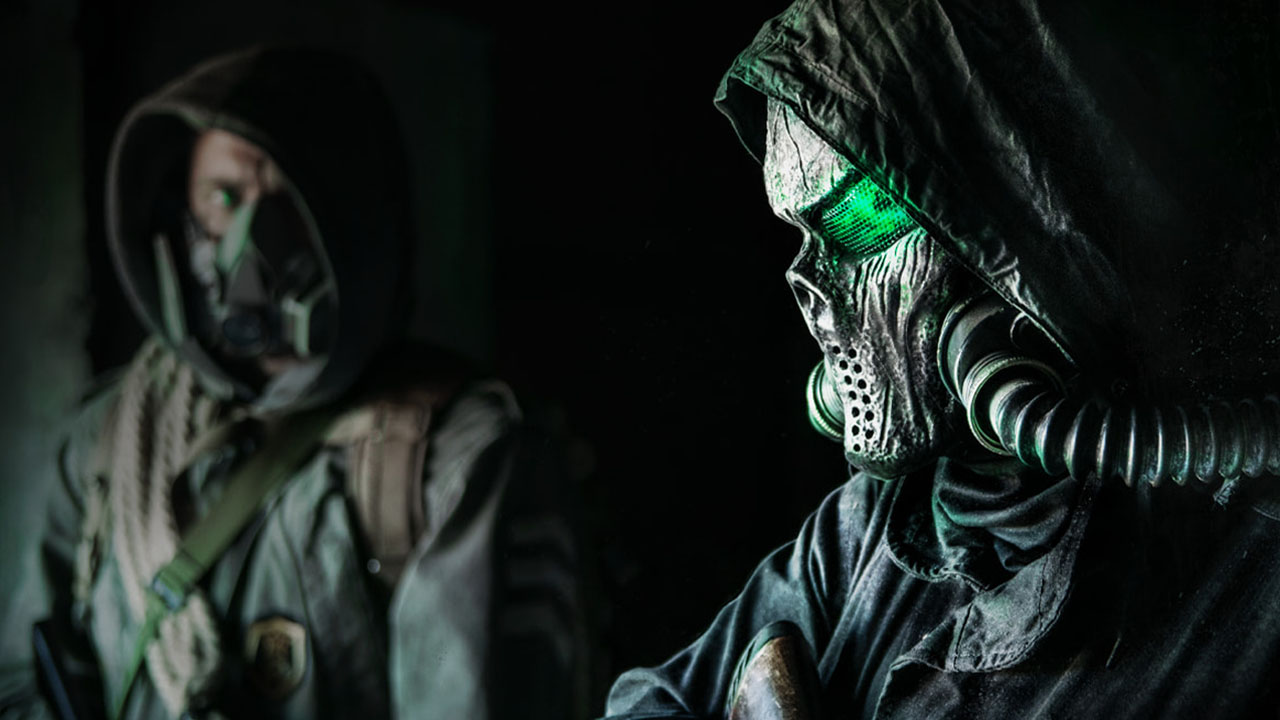 Chernobylite PS5 Review – As much as the PS4 version of Chernobylite frustrated me with its shortcomings, the game’s undeniable strengths stayed with me. I wanted this concept to succeed, and I still do. With the release of the PS5 version comes promised improvements, and while the game still has its fair share of issues, the enhancements transform Chernobylite into a more completed, enjoyable product.

One thing about the PS4 version that stuck with me was the kind of compromises that the development team had to make in order to run Chernobylite on that hardware. Nothing looked bad by any means, but nothing looked deeply vivid or polished, either.

On the contrary, from the first moment the PS5 version of the game loaded up, I couldn’t believe my eyes at just how improved the graphic fidelity is. All the jagged edges from last-gen hardware no longer exist on the PS5, and while shadows aren’t perfect, each little leaf and blade of grass projects its own shadow.

As such, the level of immersion goes up substantially on the next-gen hardware so much that I don’t think I could recommend playing Chernobylite any other way. It’s just that much of an improvement. 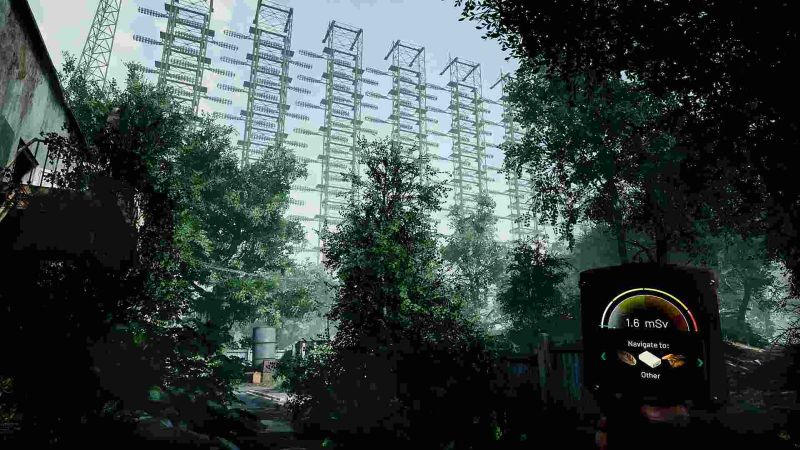 With everything blowing in the wind, the console is no doubt taxed. Thankfully, the frame rate rarely drops. A great deal has to be going on at the same time, but even then it never goes below 40 or so. Really, you have to be building something while standing in radioactive buildup AND while being attacked or running through a constant line of shrubs just to force the game’s performance to dip.

Meeting In The Middle

In reference to the save file corruption issue, I attempted to do the exact same things I did on the PS4 to repeat the problem. Believe me, I found several ways to unnaturally delete my save file in the previous version. Thankfully, this problem does not exist on the PS5, and every save and reload function works just fine.

Ultimately, the PS5 version does little to improve overall loading times. In defense of the game proper, the original time you spent looking at a loading screen stayed lower than six -p0seconds or so. All things considered, you don’t wait long for a beautiful presentation to appear with the PS5 version, so the lack of improved loading times doesn’t negatively affect the final product.

While glitches still exist from time to time, the big ones no longer rear their heads. The big one came when moving from a building into the open world areas, where frame rate dropped drastically. That no longer happens. 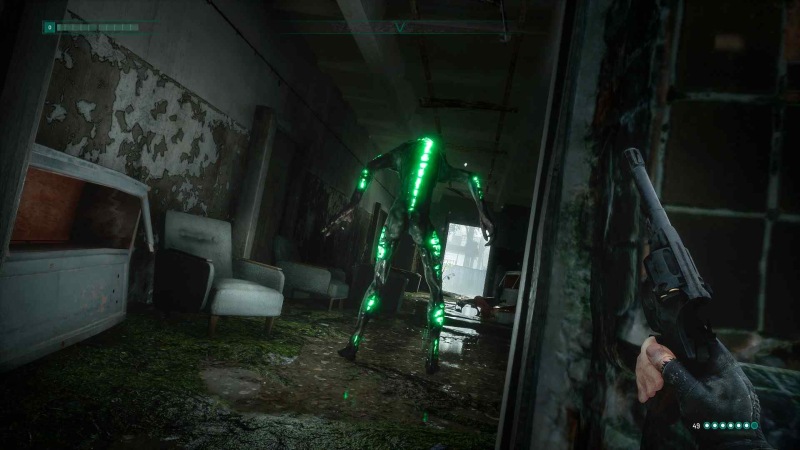 Since I’m familiar with the game, I spend more time running from each point, looking for shortcuts and taking unconventional routes. Even going through weird thickets or across rivers doesn’t cause issues. I did have the odd occasion where I got stuck in a space between a riverbed and a sign. However, I just used my Time Gun to teleport back to the base and don’t suffer any loss.

Luckily for me, this only happened after I finished the main objective, so I never had to start over. Just be careful when you go off the beaten path because you might have to restart.

One casualty to the improved graphical fidelity is a glaring look at a lack of blending in certain places. In particular, you see a highly-defined divide from concrete to dirt. This comes down to the fact that many concreted paths are no longer straight and dirt started to pile into the street.

This dirt build-up naturally takes place in dusty areas, but the dirt lines appear as sharp edges like randomly-shaped triangles protruding out from the grassline. All in all, this issue appears in the PS4 version, but the improved textures and presentation in the PS5 version highlights this visual oddity more vividly. 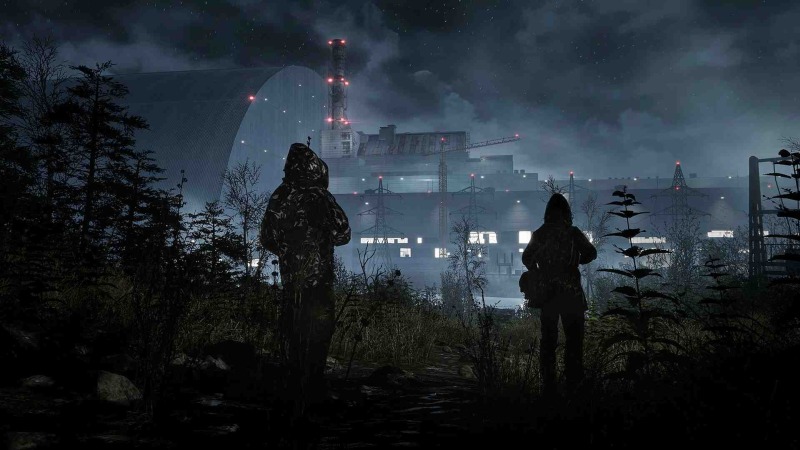 In a similar vein, character movement feels a visual change much like the previous point. Enemies and allies alike move on obvious rails, almost like they have wires on their shoulders that they use to glide all while moving their legs.

Character movement takes far more effort to adjust than increasing graphical fidelity. So, it’s understandable that this side of the game doesn’t get an improvement to align the improved visuals. It just stands out more now that the rest of the game improved around it.

Chernobylite receives a healthy dose of improvements with the PS5 version, seeing many of its glaring issues ironed out and leaving a gorgeous final product. A few of the mechanical issues still linger from the PS4 version, but they don’t detract from the original vision of what Farm 51 wants to do here. Chernobylite on PS5 is hands down the definitive way to play the game.

Chernobylite on PS5 is available now on PS4 and PS5.

Chernobylite gets new life with its release on the PS5, harboring enough improvements to make its fundamental shortcomings easy to overlook. Frame rate, graphics, and performance all get enhanced to the next level, making this the best way to play Chernobylite.