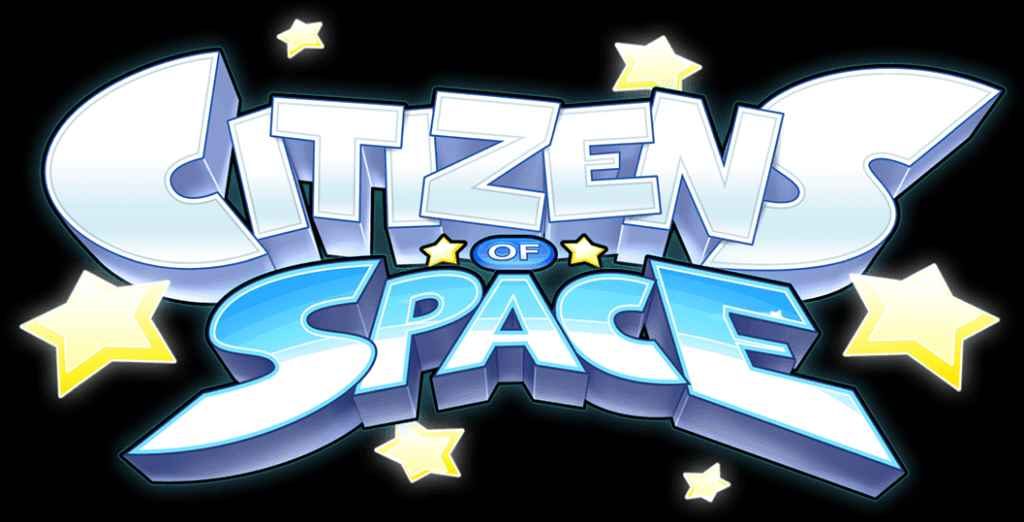 When I jumped into Citizens of Space, surprise struck me from all directions. Eden Industries have crafted a great turn-based role-playing game with the personality of a Saturday morning cartoon.

Citizens of Space stars a charismatic Ambassador to Earth as he arrives at the Galactic Federation Assembly to welcome Earth into the Federation. As the Ambassador is set to introduce Earth to the rest of the Federation, it’s revealed that Earth has gone missing. The Ambassador sets off to find out what happened to it and hopefully return it to its natural place among the stars.

Citizens of Space Had Me Laughing On More Than One Occasion

Citizens of Space is a funny game with some witty humor and fantastic writing. Each character is named after their occupation which works well in the game’s context but you can also name each character whatever you want as well.

The galaxy is full of unique aliens and citizens. Robots are mostly workers running restaurants and coffee shops, Mole Men are miners, and Giant Slimes are maintenance workers. There are plenty of characters to recruit on your team, up to 40 to be precise. Not all of them are party members you’ll use on your battle party though.

A lot of the characters you recruit in Citizens of Space have other uses besides joining you on the battlefield. A lot of the citizens will join you as summons allowing them to jump in and pull off a special attack or debuff your enemies.

Other party members are “Partners”. These Partners can be assigned to a party member on the battlefield to increase their stats. They also have a unique mechanic embedded into them. They can change the game’s music or increase and decrease the chance of random battle encounters.

Outside of a handful of citizens that join your team per the story, most of the characters you recruit can only be gained after completing their personal quests. These personal quests can take a long time to complete. I found these quests tedious at times, as most of them were merely fetch quests having me find a certain amount of an item or delivering something for one person of another.

The Combat Always Keeps You On Your Toes

Citizens of Space is a turn-based role-playing game and Eden Industries once again surprised me with how they changed up the formula of the genre. Each party member has unique abilities that they pull off based on a meter that fills up. Normal attacks fill up this meter while special attacks use it up.

Every attack and ability is preformed with a mini-game for added bonuses, like extra damage or inflicting status ailments. These mini-games vary in execution from mashing a single button as fast as you can to keeping your reticle on the enemy for a certain amount of time. While being attacked you can also reduce the damage you take by timing the corresponding button press with the enemy’s attack.

With so much going on during battle I found it difficult to keep track of all the different mini-games. Each party member uses different mini-games and with so many to worry about I constantly forgot what ones I had to pull off and sometimes even started to do the wrong ones as the setup would be similar.

The Ambassador himself doesn’t fight but works as a backup. Using his charisma, with a simple tap of a button, the Ambassador can use various items to heal and provide support for his party. His other big contribution is being able to summon other citizens you’ve recruited. Using any of these abilities, including your items, will consume the Ambassadors charisma which will recover over time through battle.

Citizens of Space Is A Colorful Adventure

Sticking with the Saturday morning cartoon vibe, visually the game looks great and much like the great writing the character designs are fantastic. Each character is uniquely designed and fits their personality perfectly. Some aliens and robots are resued, but mostly there is a great variety in the designs.

The world of Citizens of Space is very colorful, but it’s also hard to navigate. I had a hard time distinguishing what was in the foreground and the background. I got used to this after a while but much like myself I think people will have the same problem that I went through.

However, I did find myself constantly surprised by Citizens of Space. The great writing, character designs, and fun combat shows just how much fun Eiden Industries had not only creating the game but taking simple mechanics and innovating them in new and exciting ways.

Citizens of Space is out now on PlayStation 4.

It's always nice to be surprised by a title. Citizens of Space is one of those games where you can see the passion and more importantly the fun the developers had making it. Citizens of Space oozes charisma and for those looking for a fun silly experience, this is the game for you.