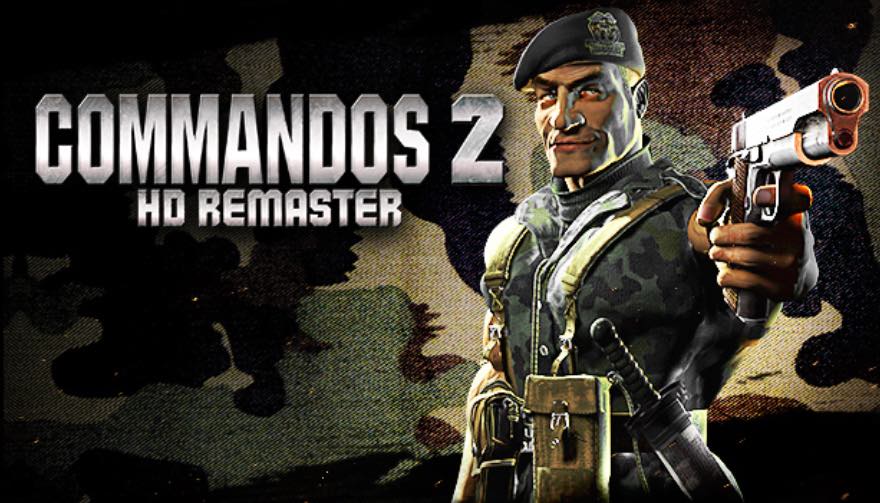 Commandos 2 HD PS4 Review – Traditionally PC-orientated games have been finding it easier and easier to translate the experience to consoles thanks to breakthroughs in control-mapping. It has meant the likes of Divinity: Original Sin, XCOM 2, and Wasteland 3 have felt comfortable to handle away from their regular home, and it’s also led to classic cRPGs getting a new lease of life with a modern audience.

A Devastatingly Poor Port Of A Tactical Great

So it’s somewhat disappointing that the HD Remaster of classic WWII strategy title Commandos 2 opens with a staggering wall of text explaining what the buttons do on your controller. No gradual introduction, minimal prompts, and punishing game difficulty may be reasons why Commandos 2 was an excellent game on PC, but it wouldn’t hurt to ease people in a little more gently when you’re nearly 20 years removed from the context.

If that was the only obstacle to overcome, it’d be forgivable. Unfortunately, it’s merely the opening act of this tragedy.

Commandos 2 is a real-time strategy game that subscribes heavily to the idea that trial and error is a key selling point. You have control over a squad of commandos, each with their own skills that are vital if you’re to defeat the Nazis in a series of covert missions. Its focus is on stealth over firepower, so picking the right gruff man for the job and ensuring you don’t leave the other gruff men in a vulnerable position is a common dilemma, one you can’t really shoot your way out of. There’s depth and intelligence to Commandos 2, but not a lot in the way of tactical flexibility when things head to brown town.

Again, this could be fairly chalked up to a quirk of the game’s age, but that inflexibility, alongside the real-time aspect, lack of checkpointing, and the fiddly, overwhelming, and frankly buggy, controls snowball until it becomes oh-so-easy to find fault with practically everything about this remaster. It’s almost as if someone involved with this thought that releasing a complex, disjointed, poorly-aged RTS with hardcore appeal would be enough because hey, those kids like them some Dark Souls, right? And that’s tough? Not for the first time in the past decade since the Souls games gained prominence, someone confuses challenge with needless frustration.

The transition between characters is slow, unpredictable, and sometimes unresponsive, causing unfair failure on multiple occasions. The same goes for selecting tools and actions. The responsiveness of a mouse and keyboard is very much needed to keep up with the speed of the sneaky juggling act of skill-based soldiers, especially as these military trained hard bastards have a complete inability to do certain simple tasks because it’s deemed a ‘skill’ for another member of their team.

Where there should be tension and excitement as you line up your squad to pull off some covert sabotage instead becomes a game of chance where you might fail because you forgot one guy can’t gag a Nazi like the rest or throw down a ladder. That’s not a character trait, that’s a fairly shite elite soldier and human being.

In itself, that’s another quirk of age. After all, this comes from the early days of stealth in games, and as such, there’s a fuzzy understanding of what should and shouldn’t work in tandem with mechanics. Still, it doesn’t make it any less of a baffling pain in the backside, and thrown together with the technical faults that could have been tweaked or fixed even slightly to ease the burden of a creaking RTS framework, it destroys any tangible enjoyment you could get out of Commandos 2.

There are mild positives to this remaster. It undoubtedly looks better than the original, with cleaner-looking visuals and UI (even if they aren’t backed up by the underlying muddled mechanics), and if (a BIG if) you can wade through the burst sewer pipe’s worth of problems and get to grips with the mechanics of the game, then it has fleeting moments of thrilling tension that aren’t just down to wondering if the unwieldy controls are going to fail you again.

That’s honestly about it. I had quite fond memories of Commandos 2, but it’s abundantly clear that this remaster is not only a poor console port, but a generally underwhelming attempt to ‘modernise’ a classic. Make no bones about it, Commandos 2 is exactly the kind of classic game that needs proper modernisation to appeal to a new audience. This remaster not only fails to modernise the game, it somehow makes it even less accessible and enjoyable for newcomers and old hands alike.

A poor console port, a massively underwhelming remaster of a classic RTS game, and a game that really shows its age. Commandos 2 is a disappointment on multiple levels. What could have been a great opportunity to introduce modern audiences to a classic instead desecrates the memory of it.