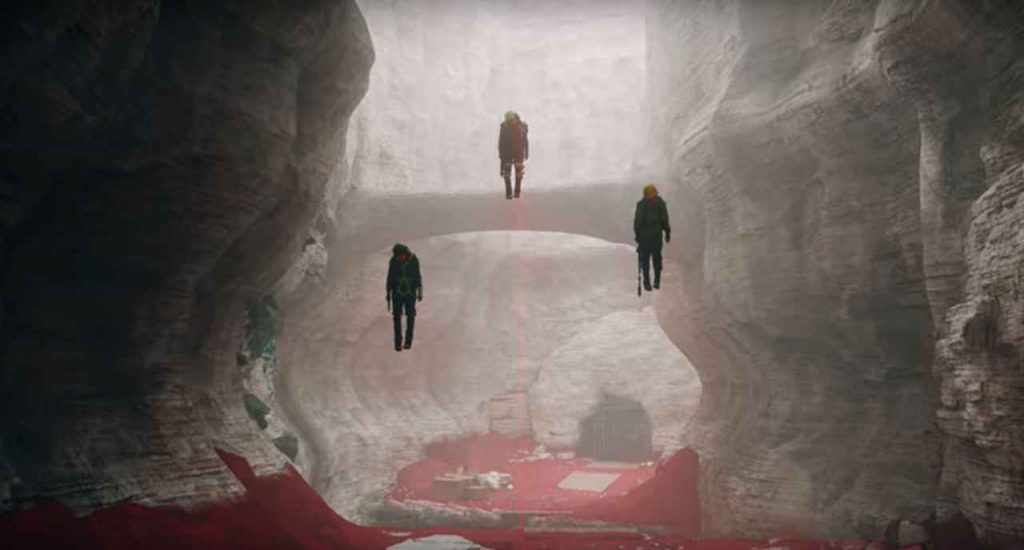 Despite the many criticisms lobbed in my original review of Control, I actually really liked the game. The world-building, character development, and sharp right turns into the bizarre corners of The Oldest House have secured Control a place of high standing in my estimation. I also love throwing stuff around, and Control is aces at wanton psychic destruction.

But upon release, I did take issue with the punishing checkpoint system and Control’s many technical difficulties – not the least of which was the fact that when you unpause the game, the framerate has to “gear up” from single digits to an acceptable level. While a lot of Control’s issues have been cleaned up with post-release patches (the map is so much better!), these two problems persist. So yes, I enjoy this game, but let’s be real – Control is still Control.

Control – The Foundation Sends You To The Basement

The Foundation DLC, released last week on PS4, continues on from your last save file in Control’s base game. The Foundation is assuming that you have beaten Control. If not, you had better get busy, because you aren’t going down to the basement of the Oldest House until you see the credits roll.

But if you have beaten Control, the new Foundation mission pops right up in your queue when you log in. A brief trip to the Executive offices for a chat with Pope, and its down to the Foundation you go.

It seems that back in the 1960’s, the Bureau of Control was doing some research down in the Foundation of the Oldest House. Though that project has been long abandoned, the remnants of the project are scattered about the place.

But something has gone wrong in this quiet subterranean space. The Astral Plane has sprung a leak in the Foundation, and is slowly leaking into our world. It is up to Jesse to figure out what’s going on, and put a stop to it.

Though many mysteries are presented in The Foundation DLC, not many of them have answers. I’m sure that Remedy knows what is going on here story-wise, but they don’t seem to be particularly jazzed about sharing. As per usual in Control, it is the vibe that matters more than the actual events, and The Foundation continues the nigh-perfect tone of the original release.

Much of the five-six hour duration of The Foundation DLC is spent wandering caverns down in the Foundation, with occasional side-trips to the astral plane. This additional area behaves very much like one of the base game’s floors/levels, with some objectives shown on the map that Jesse must seek out. Unlike the original game, this area is self-contained, so once you go down to the Foundation, you aren’t’ coming back out until it’s over.

Early in the DLC, Jesse gets the choice between two new powers, but the choice is only temporary. Pick what sounds coolest to you; you’ll be getting them both eventually anyhow.

In the end, neither of the two new powers is particularly impressive, and I only ended up using them when the game absolutely forced me to. The power I picked first allows players to extend stone shelves from walls in order to reach distant areas, but the power can only be used to activate pre-existing shelves – which crumble quickly. I pictured myself creating awesome high-ground areas and picking off enemies from above, but in reality this power is just used for some basic platforming.

The other ability this power grants allows players to spawn spikes out of the ground to impale baddies; but again, it sounds cooler than it is. There are designated areas where you can activate the spikes, forcing you to try to lure the unpredictable bad guys to those spots. The power is mapped to the R1 button, which also used to throw stuff around. This leads to some unintended fails, with the wrong power triggering at unexpected times.

The other power you can choose is even less impressive – an add-on to the service weapon, which allows you to knock down walls. This opens up some additional paths to explore, but I generally found it annoying to have to backtrack through previous areas just to discover a chest or two. All in all, the new powers don’t add up to much that changes the game.

Control’s Combat Is Intact, But Not Much Enhanced

The combat in The Foundation DLC is very much the same as it has always been. For the most part, I alternate between tossing chunks of the environment at bad guys and then blasting them with the service weapon. That said, I must acknowledge that the combat in Control is super fun, and while the new powers don’t alter it very much, it’s still enjoyable.

One new enemy type does tend to spice things up a bit. The new pickaxe wielding loonies come rushing at you, doing mad amounts of damage when they connect. Worse still, they randomly disappear in a puff of smoke, and reappear elsewhere in the environment, making you wish you had eyes in the back of your head. Battles with these guys can be frantic and fun, but can also result in some fairly cheap feeling deaths.

I particularly enjoyed one challenging area that involved Jessing wandering into a seemingly empty area with a series of offices several floors tall looking down on a plaza-sized open floor below. The game allows you to call for backup right before entering this area, and you had better do it, as the influx of different enemy types in this area is relentless. Dodging, weaving, and ducking through broken windows to catch your breath is a good time.

Why Does Jesse Look Like She Had A Stroke?

So yes, Control is still Control. The checkpoint system can still be infuriating, spawning you minutes from where you died, just to kill you again in seconds after you hike back to the scene of the action. And the framerate still chugs for ten seconds after pausing or loading.

Other glitches have been fixed, but are replaced by new ones. It’s not really a complaint, but Jesse’s facial animations in the new DLC are weird as hell, with half of her face hardly moving when she speaks. The effect is like watching a stroke victim tell her colleagues that she is “going to take care of this”, while they must be thinking “Can you see out of that left eye? Shouldn’t you be laying down?”

I played Control quite a bit after finishing my previous review, and I found that the more I played it, the more I enjoyed it. Had I reviewed Control after some clean-up was performed, I would probably have given the original game an 8.5 or 9. That said, this DLC is pretty much just a new level for Control – with all the wonderful weirdness and confounding glitchiness that comes with it.

So, with my increased regard for the base game, and my perception that this new DLC is just an extension of that game with very few innovations or improvements, I’m going to settle on an 8 for The Foundation. Don’t read me the riot act here, internet. I’m doing my best to be fair.

The Foundation DLC is now available on the PlayStation Store.

The Foundation DLC for Control brings a new floor to explore, a new enemy type, and a few new powers for Jesse that don’t add up to very much. But, it also brings more Control – with all of its wonders and faults. Jesse is just doing her job at this point, but that job is pretty bizarre and fun. Just don’t expect world-changing innovation, and you’ll enjoy The Foundation just fine.