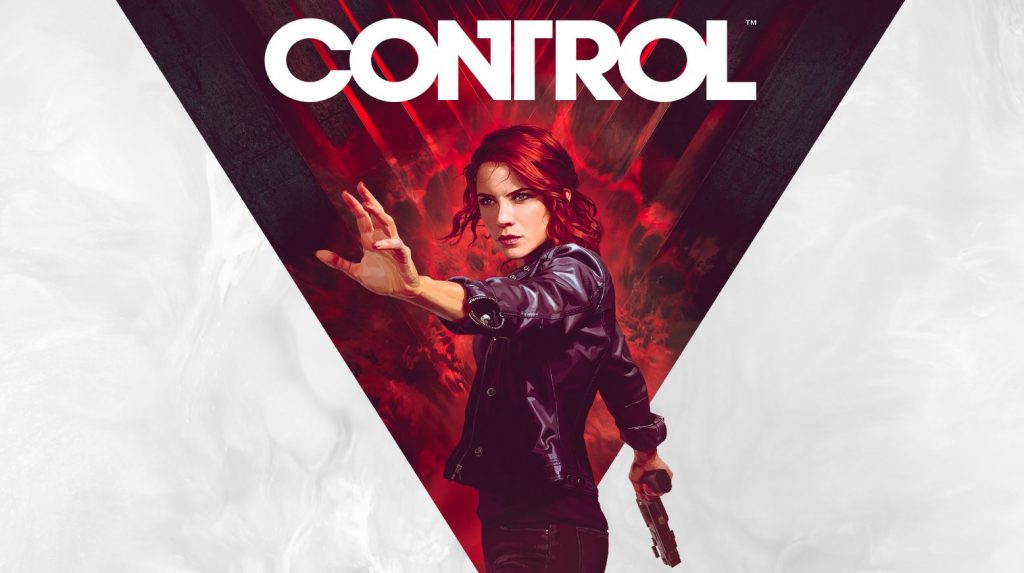 Remedy’s Control is a game of extremes. With some stellar highs, and some frustrating lows, Control kept me engaged for its entire playtime, but not necessarily for the right reasons.

With amazing world building and a subtle sense of humor, Remedy has constructed something that feels both astonishing and grounded, and nothing like the funhouse I was expecting. Sadly, some severe technical and balance issues mar what is otherwise a stunning franchise debut.

A Spoiler-Free Description Of Control

Jesse Fadden has been searching for The Oldest House since childhood. When Jesse was young, she and her brother Dylan were witnesses to (and possible participants in) a supernatural event. In response, the mysterious Federal Bureau of Control swooped in, detaining Dylan – though Jesse managed to escape. Jesse has spent her life hunting for the Bureau, both to prove to herself that she is sane, and to try to recover her brother from the Bureau’s grasp.

As Control opens, Jesse is walking into the lobby of The Oldest House – and ancient structure and “place of power” which now houses the headquarters of the Federal Bureau of Control. Now an adult, she has finally succeeded in her quest to find Control and is ready to raise hell and get some questions answered.

Unfortunately, there is no one available to answer her questions. Control has been invaded by an insidious force known only as “the Hiss” and is in a state of extreme lockdown. With most of the staff dead – casualties of the Hiss’ invasion float mysteriously in the air in almost every room – Jesse must make her way deep into the mysterious headquarters and find the few remaining pockets of survivors, fighting the Hiss and searching for answers along the way.

The Oldest House Is Not A House

Don’t be deceived by the name of the Federal Bureau of Control’s headquarters. There isn’t a haunted house in sight in Control. Instead, the Oldest House appears to be a brutalist skyscraper if viewed from the exterior. The inside is another story.

The Oldest House is actually a tear in space-time, a conduit point between dimensions, where the laws of spatial relation – and physics in general – don’t seem to apply. The government has built an office within this space, and has done its best to bring slavish bureaucracy to a wildly un-bureaucratic environment.

As a result, players will be amused to see signs posted on bulletin boards throughout the Oldest House, offering tips for employees on how to handle themselves if the rooms surrounding them suddenly rearrange themselves. Dimensions cross in some areas of the Oldest House, and the interior bears scars of discordance – whether from the Hiss incursion or from the general weirdness of the space is up to the player to determine.

This might lead players to believe that the rooms and corridors of Control will swirl around them as they attempt to navigate to quest points, Layers of Fear-style. This doesn’t happen (I’m not sure if I feel considered this a welcome relief or a missed opportunity). Though traversing the offices and security checkpoints in Control can be maze-like, rooms do tend to stay where you found them, allowing some degree of accuracy from the in-game map.

The Old House is littered with cool collectables, mostly documents that fascinatingly fill in gaps in the lore for those that take time to read them. Jesse is also able to gather video and audio recordings for later perusal, some of which are so weird that they are worth a second look. Players will never know what to expect around each corner. Eighty percent of the time, they will just find another boring office filled with cubicles, but the other twenty percent…whoa, buddy.

Jesse spends most of her time exploring the various sectors of the Old House, reconnecting survivors to each other and reclaiming areas from the Hiss. Every time Jesse purges an area, the player is treated to a visually brilliant scene that restores order from the chaos. The other bonus is that the player is granted a checkpoint. Before long, a bare-bones fast travel system is established between these checkpoints, which allows for a quick return to areas visited earlier.

This is important, because as Jesse explores, her powers grow, including some abilities that allow her to access previously inaccessible areas. While not quite a Metroidvania, Control has enough shared DNA that fans of that genre will probably enjoy exploring the Oldest House.

The primary campaign is strictly story-based, but the side missions are where a lot of the weirder stuff goes down. The Old House was used to store all sorts of “Objects of Power”, which have gone berserk in the presence of the Hiss. By taming these objects, Jesse gains new abilities, so the side missions quickly become essential if you want to succeed in the campaign.

Most missions generally consist of some mild puzzle solving, followed by some combat (or vice-versa), with occasional side trips to a weird trans-dimensional motel – which serves as a sort of trial/filter that must be overcome for players to access otherworldly areas.

The entire games is laced with sci-fi weirdness, a blend of matter-of-fact psychedelia and abstract freakouts, with a thin layer of Lovecraftian dread slathered on top for good measure. The accumulated effect is deeply effective and engaging, and unlike any other setting I’ve encountered in a narrative – game or otherwise.

Along the way, Jesse faces relentless attacks from the Hiss, which reanimates the corpses of Bureau workers that float inexplicably in the air throughout the bureau, and sends them off to rampage.

Jesse starts with a few simple powers, a melee attack and a simple handgun, but before long she is wielding the psychic ability to fling objects all over the place, and her handgun has developed a bunch of cool new abilities. A simple crafting and modding system allows players to focus on the powers they favor, allowing for some minor customization. By the end of the game, Jesse is an absolute powerhouse, but the enemies she is facing are no slouches.

Combat is fast and fluid, until suddenly it isn’t.

Control Loses Control – And Goes Off The Rails

For the first half of Control, I was thinking that the game was well on its way to being a nominee for game of the year. I frankly found Control to be one of the most entertaining and innovative games I’ve played – ever. Sure, there were a few nagging issues, but I was having so much fun that I was willing to give them a pass.

Then, about 75% of the way through the game, a sudden dramatic spike in difficulty brought all of Control’s issues slamming into agonizing focus, and I simply couldn’t overlook them anymore.

Related Content: Control Walkthrough – How To Solve The Punchcard Puzzle

Very early on, I noticed that Control has some serious framerate issues. Every time you pause, the game takes about five seconds to ramp its framerate back up to a reasonable level. Control’s framerate descends to the point where if you pause in battle, you might as well throw in the towel, because when you un-pause you will be dead before the game’s engine catches up enough to show you what happened.

The game also suffers from some strange pop-up issues. At times, I would walk into a room only to find myself floating in black space. After waiting a few moments, the room would load in around me. I encountered similar issues with printed signs – fuzzy at first until they pop into clarity. The signs are not a major issue, but the strangeness of the issue does break immersion.

The checkpoint system is a little wonky as well. There aren’t enough checkpoints, and when you die, you go back to the last checkpoint you touched rather than the checkpoint closest to where you were killed. And Control is no pushover. You can expect to die a fair amount. This results in either sitting through two loading screens in a row to get back to where you were, or a long hike through the bowels of the Oldest House – possibly engaging in frustratingly pointless battles along the way.

Of course, after you die, you are treated to the same loading screen for the entirety of the game. The boiling organic material displayed is interesting at first, but after a while simply galling – particularly when load times can approach a full minute.

Now, wrap all of these issues up with the fact that Control decides to very suddenly bombard the player with far more (and far more difficult) enemies in the last quarter of the game, and the sheer number of enemies running around causes the framerate to drop during battles (which wasn’t as much of an issue earlier in the game).

Enemies gain the ability to heal in the late game, which makes these bullet sponges even more bullet-sponge-y, resulting in some infuriating battles. A dynamic is created where the player is trying to eliminate easier enemies to get the framerate up to the point where they can reasonably fight the boss. Further, early battles in the game encourage the player to retreat and regroup if overwhelmed, but towards the end Control begins gating Jessie in with enemies, which feels like Control is breaking its own rules.

For the last chunk of the game, you spawn too far from the site of the battle, run all the way back (maybe fighting a couple of baddies along the way), and try to compose a strategy that utterly won’t matter – because as soon as the bad guys spawn the framerate will drop to the point where you can’t see what’s going on. You will then suffer yet another cheap death, followed by that damned load screen, followed by the run back to the battle. Rinse and repeat, about 15 times.

Control does seem to slightly ease the difficulty of battles if the player is having trouble with them, but lowered difficulty doesn’t help when the screen is chugging at about five frames per second. The ultimate effect is agonizingly frustrating. No matter how great Control is on the front end, it doesn’t change that fact that the endgame boss fights made me want to snap my controller in half.

Control is an amazingly cool game, with a great protagonist, an amazing story, and wonderfully inventive world building. Unfortunately, towards the end it just doesn’t work very well. Remedy is new to the PlayStation 4, so they may be able to optimize Control with a patch, resulting in a smoother experience for players in years to come.

Despite all of its difficulties, I still recommend Control, just on the basis of its sheer inventiveness. Every gamer needs the experience of wandering past a cell, noting that it imprisons a rubber duck on a table, and wondering what the hell happened in there. Just go into Control with the expectation of some unfair-feeling frustration, particularly in the late game.

Control is now available for PlayStation 4.

Remedy's Control might eventually be one of the coolest games on the market, but upon release framerate, balance, and popup issues are so rampant that players are forced to change their style of play to work around the bugs. While Control's world-building, performances, and writing are all superb, the difficulties in actually playing through the game to see all that cool stuff leads to a deep sense of frustration.