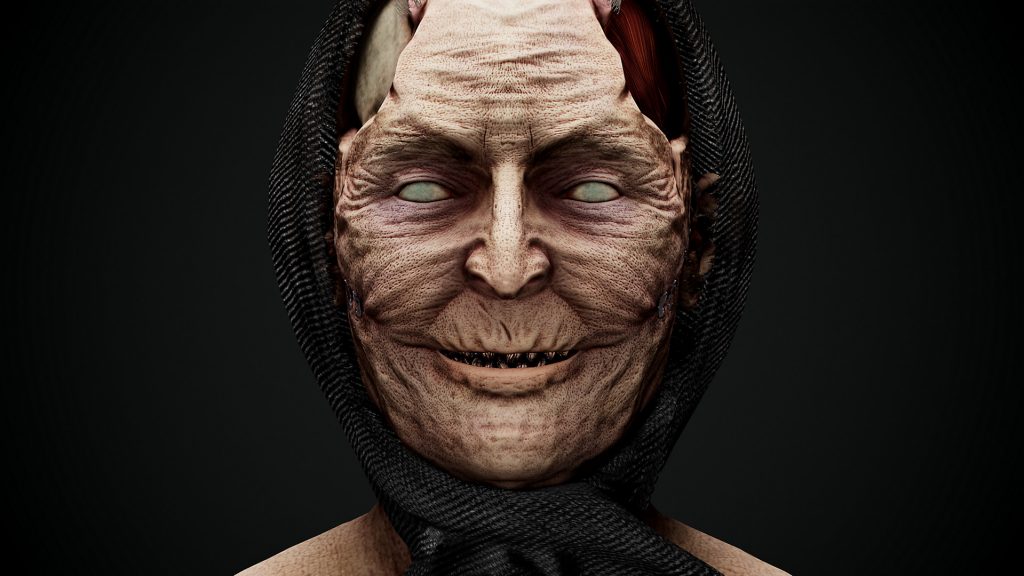 Dawn of Fear is a nostalgia trip to the best survival horror titles from 90’s. Taking inspiration from titles like Resident Evil, Silent Hill, and Alone in the Dark. Dawn of Fear tries its hardest to pay tribute to the titles that helped put the genre on the map, unfortunate Dawn of Fear does the opposite and shows you the worst the genre has to offer.

Dawn of Fear’s problems are clear the moment you select New Game from the main menu. As I started the game, I was introduced to a wall of text that was explaining the situation of why Alex, the game’s protagonist, is returning home after being away for years. His stepmother committed suicide after her husband and son tragically passed away. Alex must return home to get his affairs in order.

At least that’s what I could gather from the poor translation. Dawn of Fear has no voice acting so I was left with trying to read through broken English the entire game. Almost every scene was hard to get through and really understand. I wish the developers would have done a little more to try and get the translation better or even try to get better writing. The translation problems don’t end there though.

When finding items and reading the descriptions sometimes you won’t get any information at all. One key I found had a description that read “opens locked door.” Thanks, I kind of figured that a key opens a locked door, that item description was on point.

When Alex arrives at his childhood home, he quickly finds out things aren’t what they seem. While searching the home he comes into a room filled with blood and a zombie that just gets up and comes after him. Alex with no emotion, then leaves the room where he hears a gunshot and goes to investigate only to find the friend he came to the home with nailed to the main entrance door.

This begins my personal descent into the madness of having to play through what I consider to be one of the most broken games of this generation. Let’s start off with the game’s actual controls. Dawn of Fear allows you to go through the game with classic tank controls but also allows you to move around normally with the analog stick. I found playing with the tank controls a much better experience because of the game’s weird camera angle shifts.

Controls And Camera Angles Are Your Worst Enemy

Much like the games it takes inspiration from that features static camera angles, the problem with this comes when you’re moving in one direction and the camera angle changes, the games controls change to the direction the character is facing.

So if you are holding down on the analog stick to run and the camera angle changes you’ll have to change the analog stick position to match Alex’s movement direction only to find yourself turning around and running back the way you came or running into a wall. It truly leads to some terrible situations that led to me being attacked and even killed more often than it should.

Combat presents its own slew of problems and controls again play a major role. When facing off against any of the three different enemy types in Dawn of Fear, I wondered on many occasions why a lot of my gunshots weren’t connecting. I found out that the hit detection needs to be right on point of the enemy. If you’re at least an inch off with your aim on an enemy, you’ll miss.

This wouldn’t be too much of a problem if not for the camera angles and trying to determine if your aim is right on. It also doesn’t help that enemies don’t really react to when they’re shot so you never know if you actually hit them. Not even blood splatter. At least from most of the game’s weapons in the game, the knife and the shotgun were the only weapons that had indicators that hey actually connected with the enemies.

Other titles that use static camera angles can deal with this issue by having the main character automatically turn and face the closest enemy to them when aiming. In Dawn of Fear, this doesn’t always work. When I was far away from an enemy aiming would automatically lock on to the nearest enemy just fine but when the enemies get at least ten feet away all of a sudden the lock on just stopped working leaving me completely open to attack as Alex would only aim in the directions he’s facing. So when I would try and run from an enemy to give myself some breathing room, Alex won’t turn toward the enemy when I aim.

There is also a big imbalance in the weapons. I found that the knife was actually the best weapon to use against the zombie menace. Why? because the knife actually has a glitch. When facing off against zombies, if you cut a zombie at least three times, on the third strike you could see the zombie take at least three or four extra hits from the knife and fall over leaving them open to just one more strike to take down. So putting this in perspective, a zombie takes about four to five handgun shots to take down, about four to three shotgun blasts and about three to two knife strikes. Please explain to me how that works.

The home that Alex explores is also poorly designed. It’s as if the developers designed rooms and then put them into random locations in the game. The home itself isn’t enormous but then you discover that it has a full-on medieval dungeon with futuristic door locks, a secret underground tomb that apparently leads to Hell and secret walls that open up to perfectly nice libraries. Why would you hide a nice big library filled with history and law books behind a hidden wall?

It was nice to see some classic puzzle design that made those classic survival horror games a challenge. There are some simple puzzles here but there is one that takes place right before the final boss encounter that’s so bad that it took me over an hour to figure out. Why was it so hard? Well, the clue you get to solving the puzzle is in a room you discover early in the game. The actual clue isn’t something you take with you so you constantly have to travel five to seven minutes back to the room just to go over the hint. Of course, I can just take a picture of it on my phone which I ended up doing, but it was just one part of the clue.

The only real saving grace in Dawn of Fear is the game’s soundtrack which mostly comprises piano music that plays in random rooms. One of these songs is Beethoven’s “Moonlight Sonata” which plays on some random outside balcony. Visually Dawn of Fear isn’t impressive. At all. There are some locations that have gruesome details such as a big factory-like location with dozens upon dozens of bodies in it, but it’s all super generic, eye-rolling stuff.

Textures can sometimes take ages to load in when going from room to room allowing you to see enemies behind walls. Animations are janky and Alex constantly looks like he’s running with a limp and when he gets attacked by any other enemy besides a zombie. Indeed, if you’re attacked, you never know if you actually got hit until you’re dead because Alex never reacts to being struck. This is the worst.

Dawn of Fear took me about five hours to complete, and outside of getting trophies, there isn’t any other reason to go back and play the game. There aren’t any other game modes or unlockables at all. So unless you truly enjoy it, Dawn of Fear is a one and done title.

Dawn of Fear looks to bring back memories of the games I grew up with but somehow over twenty years Dawn of Fear shows that nostalgia can sometimes be used in a cynical fashion at the expense of the game beneath. I understand this is an indie title and a passion project for the developers, but passion is the one thing that seems to be missing.

Dawn of Fear is now available on the PlayStation 4

Dawn of Fear tries to bring back the nostalgia of classic survival horror but fails in almost every way. The poor controls lead to most of its problems and a lack of necessary mechanics creates problems that shouldn't exist in this day and age from the simplest of games.