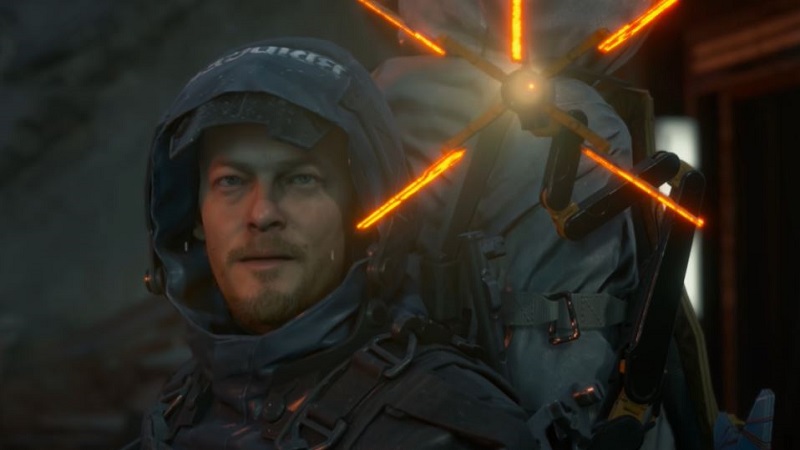 As such, many quite rightly lauded Death Stranding as this deeply atmospheric, apocalyptic fable that intertwined themes of life, love, connection and the hereafter with physics based traversal and the sort of truly cinematic presentation that clearly bore the fingerprints of Kojima’s directorial style. Nearly two years on from its original release on PS4 back in November 2019, Death Stranding Director’s Cut aims to give us the definitive version of Kojima’s most recent opus, yet in doing so, it adds in so much additional content that it fundamentally alters the appeal of the base game – and very often, for the better.

First things first though, we’ve already plumbed the substantial thematic, philosophical and gameplay depths of the game in our original review – so quite rightly this lump of critique will focus on the enhancements that this Director’s Cut brings over the original game, rather than re-treading the core gameplay and narrative beats that have already been sufficiently looked at. 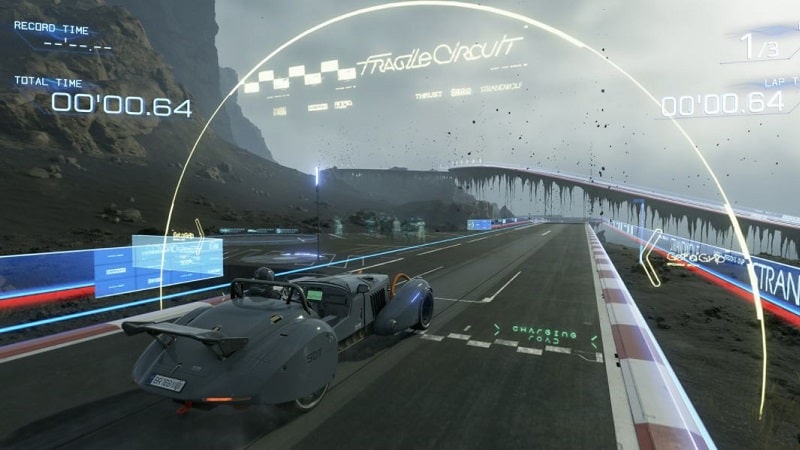 Already an extremely beautiful and technically accomplished effort, it’s certainly fair to posit that Death Stranding was one of the best looking games of the last console generation. On PS5 Kojima’s bold vision for a post-apocalyptic, divided earth that is trapped between two realities is realised even better still. With a notable increase in foliage and environmental detail, not to mention improved texture streaming and the choice to choose between native 4K, 30 frames per second resolution and dynamic 4K, 60 frames per second performance modes, this is the best that Death Stranding has ever looked on console.

Leveraging Sony’s still impressive lump of silicon beyond the breadth of its visual capabilities, Death Stranding Director’s Cut also makes supremely impressive use of the PlayStation 5’s Tempest 3D audio tech. Certainly, perhaps there is no more keenly obvious or apt use of Sony’s tech than when the BTs are encountered and their shrieks and disturbing movements reverberate through your skull (assuming you have the requisite 3D Pulse Headset to pull it off). More of this use of PS5’s 3D audio please.

Further afield, the PS5’s screamingly fast SSD results in extremely quick loading times that make the very notion of playing Death Stranding an appealing one, rather than an passive slog as you can get right into the action at a fraction of the time that it took on PS4 and PS4 Pro. The DualSense Controller gets plenty of love too in this shinier edition of Death Stranding, with a palpable feeling of resistance when using the adaptive triggers when riding on Sam’s bike, while the haptic feedback thunders through the pad with the appropriate vigour during combat and traversal over hazardous terrain. 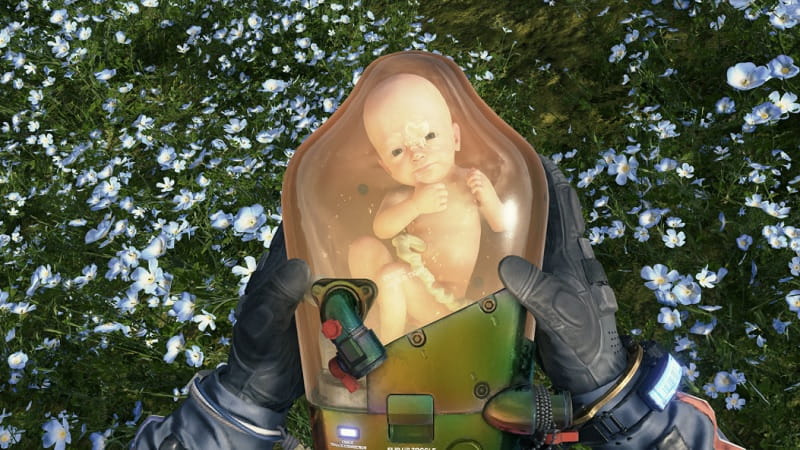 Ultimately though, it’s the sheer amount of additional content and tweaks to the user experience that really allow Death Stranding Director’s Cut to properly honor its subtitle and in that sense, it also expands Kojima’s most arcane endeavour to a wider audience, too. Additions such as the target range, cargo catapult and racing track all feel like pleasant distractions from the core delivery and combat loop of Death Stranding’s core gameplay, but these additions also serve to make Death Stranding feel more gamey – a departure from the relatively deliberate, plodding agency that the game seeks to inspire elsewhere.

That said, while nobody will be mistaking Death Stranding Director’s Cut for Crash Team Racing anytime soon, these additions nonetheless stand as worthwhile, if not especially earth-shattering augmentations to Death Stranding’s base concept. Certainly, if you were expecting mammoth piles of additional story content that would bolster Death Stranding’s core offering in ways that would directly and obviously bridge to a full blown sequel, you might well be disappointed.

However, despite its Director’s Cut moniker, it’s perhaps its a touch churlish to expect such substantial content injections into Death Stranding. As such, Death Stranding Director’s Cut feels much more akin to the refined and sleek improvements wrought by Blade Runner’s Director’s Cut, rather than the wholly transformative reconfiguration of its essence in the way that Zack Snyder’s recent Justice League cut manage to achieve. 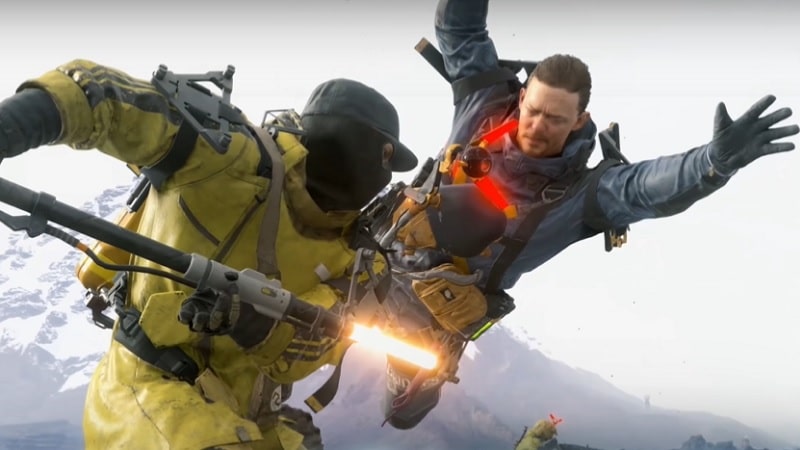 However, this is completely and utterly fine. Though additional missions and areas to explore (such as the new factory locale) add extra playtime to the core offering (not to mention the inclusion of the Half-Life and Cyberpunk 2077 content from the PC version of Death Stranding) it’s really the smaller tweaks and a range of quality of life improvements that make Death Stranding Director’s Cut absolutely the best way to play Death Stranding.

From the freshly bolstered melee combat system that makes smashing up MULEs something of a treat, to a range of new weapons and an improved UI that makes cycling through your various cargo and storage a far more tolerable experience than it was previously, it’s clear that the Kojima Productions have given a lot of thought into how to best shore up some of Death Stranding’s rougher edges when it comes to the player experience.

There’s also a range of gadgets that can help with that all-important task of Porting from one location to another, such as the Support Skeleton that maintains your poise while holding extreme weight, new ramps that let you leap further than ever before and the Cargo Catapult that… catapults cargo over long distances. Arguably though, one of the best additions to Sam’s array of Porter gadgets is his trust Buddy Bot, which not only hefts around a chunk of cargo for Sam, but can also give him a lift (and a much needed break), traversing the landscape at speed in the process. 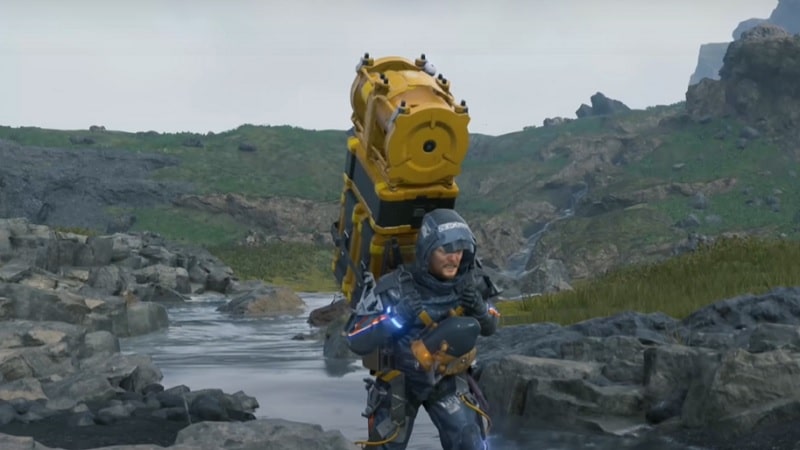 Additional praise should also be heaped upon Kojima Productions for the manner in which much of this additional content is accessed by the player. Rather than being exclusively accessed through a series of rote menus, much of the new Director’s Cut content is instead discovered and accessed organically by progression through the game – though it’s not laborious enough that folks with transferred PS4 save files won’t be able to dig out the shiny new stuff easily enough.

Though the additional content might not quite be enough to tempt all players to necessarily return to Death Stranding, it nonetheless represents an attractive value add to a game that is already pleasingly substantial in breadth and duration. Indeed, for new players the addition of more traditionalist content such as racing and improved fighting could very well tempt them into the fold of Kojima’s arguably most extravagant work, while the raft of previously mentioned smaller improvements (including some extra songs for our protagonist to jive to in his private quarters) and expanded story beats give experienced Porters the best version of Death Stranding yet.

This is the thing – no matter which way you look at it, Death Stranding Director’s Cut is without a doubt the ultimate version of Kojima’s most recent masterwork. Though Death Stranding at its core remains as polarizing as it ever has been (though the shop-worn ‘UPS The Game’ takes are painfully reductive, they’re also somewhat grounded in truth), there is quite simply no finer jumping off point for long-time Death Stranding players and newcomers alike to immerse themselves in Kojima’s beautifully fragmented world of both ethereal and very human disconnect set against the backdrop of all too fragile human mortality.

Death Stranding Director’s Cut is out now on PS5.