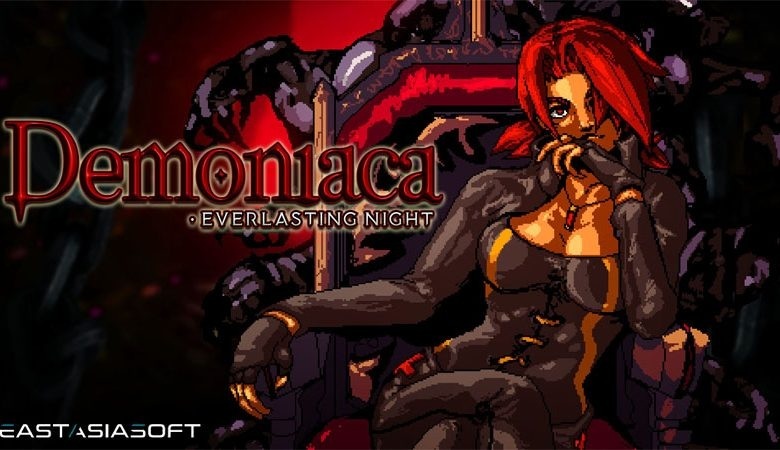 Demoniaca: Everlasting Night PS5 Review – Sometimes you come across a game without knowing anything about it. Going blind into a game often plays to its advantage, and Demoniaca finds itself in that very scenario with me. And, while the AKI-developed title shows signs of strong potential, it does not meet up to the ideas it attempts.

Coming Back From Death

The story starts as demons invade the mortal realm with the sole purpose of rebuilding the Tower of Babel. You take on the role of Demoniaca, one of the people killed and dismembered in the raid of a small village. She descends to hell covered in the blood of a demon. The demon blood melds with her, keeping her alive and allowing her to literally sew herself back together and seek revenge on her killers.

The first thing you notice about the game is its retro, pixelated visual style. While not hyper refined, this visual choice adds a nice personality to Demoniaca as a whole. Facial expressions aren’t particularly impressive, but the character animations make up for it, hearkening beautifully to the charm of the retro side scrollers that inspire its aesthetic, like Castlevania. However, it adds more frames to the animations to ensure movement feels more fluid and not so rigid. 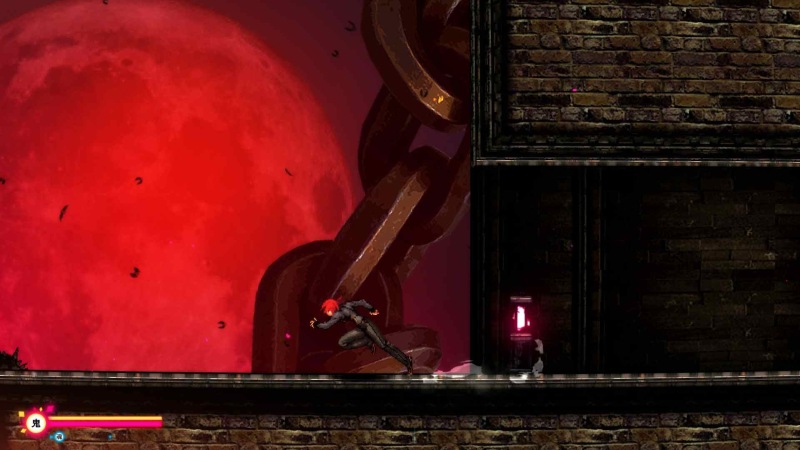 Much like Castlevania, Demoniaca can utilize skills and status effects to dispatch enemies on her adventure. Equally so, enemies have similar options to slay you just the same. In fact, some adversaries, especially ones that petrify you, spam that effect relentlessly. This simplistic, almost cheap tactic forces you to approach that enemy, as well as all other enemies, differently.

Demoniaca features one distinct difference from its inspiration: its combat. Instead of simple attack types like whipping or magic spells, you rely on a fighter control style that I can only compare to Tekken. Square and Triangle perform quick and strong kicks while Cross and Circle execute quick and hard punches.

The flow of combat also allows for your ability to execute combos, much like Tekken, and the game comes with a complete combo list as well to help you navigate your combos.

As much as I like the idea of this combat style in a Metroidvania, the execution in Demoniaca lacks the kind of refinement to make the idea feel cohesive. In fighters, combos allow you to stagger enemies for a short time while you chain attacks on them. Here, enemies just stand there in between their attacks, allow you to hit them, and just use their attacks based on fixed timers. There is just no back and forth in combat. 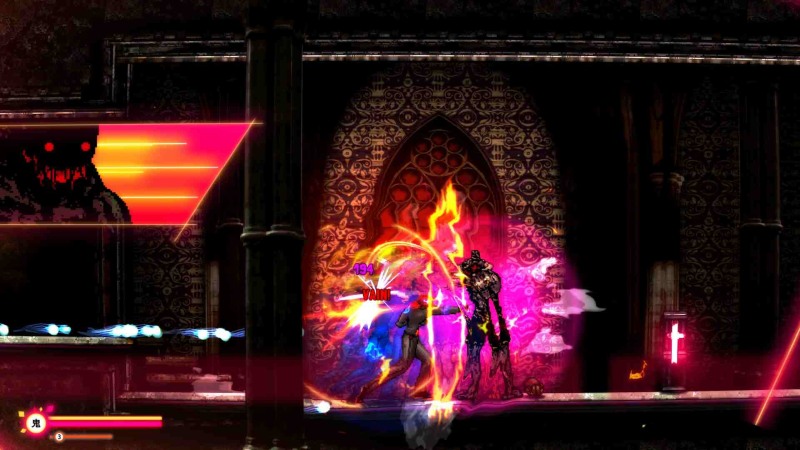 Most of the time, I just throw two hits on a target and then block with L2 or back step with L2 + back on the D-Pad or Joystick. Blocking takes very little damage, and health regenerates rather quickly when not getting hit. All in all, blocking and regenerating health balance each other out nicely, but this side of the game doesn’t get much support from how combat works on a fundamental level.

Combat works the best in boss fights. These behave much like scripted events, but parts of the script see the boss sit still for chunks of time. These time frames allow you to let loose with combos. Indeed, boss encounters showcase the kind of success that could come from a fully refined combination of fighter controls within a Metroidvania environment.

Each zone connects into another through portals, and each zone has its own unique locale. Demoniaca leans heavily on its level design, and it excels in this area. Unfortunately, when not dealing with the game’s combat issues, you spend most of your time looking at the mini-map. Oftentimes, pathways or extra chests hide behind either hidden walls or foreground objects that block your view.

The foreground distractions create a cheap level of exploration. Hidden doorways still feel like you find something. However, hiding chests and enemies behind foreground objects comes across as a lazy attempt at adding another way to “discover” things on the map. This further perpetuates the dependency on the mini-map, which by proxy diminishes the cool aesthetics for each zone. 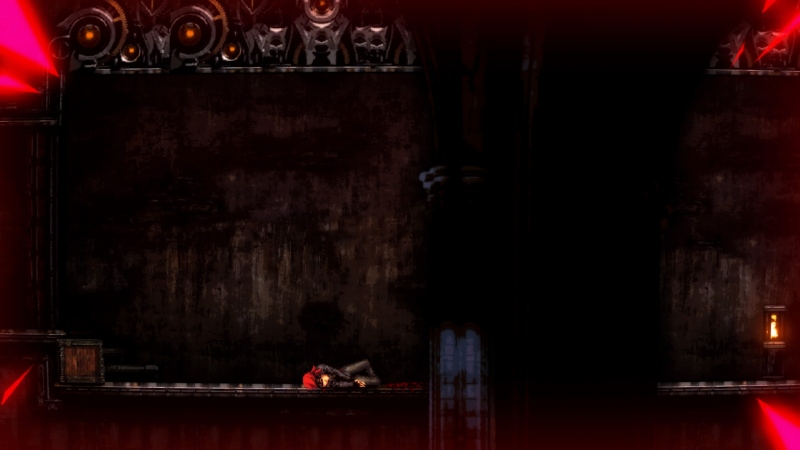 As expected in a Metroidvania, platforming plays a large role in the game. To reach some areas, you must jump more than a handful of consecutive gaps to get to your goal. All zones include this kind of platforming in some capacity or another. Combine this with the way combat works, and you’ll find that random enemies will constantly knock you off your course and force you to restart.

All in all, Demoniaca attempts to execute some thoughtful gameplay ideas, combining different aspects of fighters and platformers into one title. Unfortunately, the final package lacks the necessary refinement to result in a complete, cohesive experience. Boss fights and the retro aesthetic make Demoniaca a fun enough romp to boot up now and then, but it won’t hold your attention for too long.

Demoniaca is available now on PS4 and PS5.

Demoniaca has several great ideas and cool concepts. Unfortunately, too many of these ideas don't reach the refinement needed to work as well as it needs to. Cool boss fights and aesthetics carry the day, but clunkiness between bosses keep it from getting close to its potential. Demoniaca has its charms, but it won't replace any staples in the Metroidvania genre.