Deus Ex: Mankind Divided has some of the most satisfying non-lethal stealth play I’ve encountered in any modern game. I had to start with that because it was something the game reminded me of consistently. As it turns out, the rest of it’s pretty decent too.

Successful stealth in videogames is oddly rare given that it’s been nearly two decades since it became popular. Finding the balance between challenge and fun is usually where stealth lives or dies. You need to make it feel like an enjoyable, viable option, and make it open enough to allow room to maneuver if things go south. MGS V: The Phantom Pain and Hitman are two recent examples of getting the balance as close to right as possible. Deus Ex’s last key entry, 2011’s Human Revolution, was a victim of that balancing act, resulting in some punishing difficulty spikes and rendering the use of non-lethal stealth pointless. Mankind Divided addresses that balance far better, and as a result, creates a superior sequel in many ways. Following on two years after the events of Human Revolution, Mankind Divided sees the gruff-voiced, augmented agent of fashion (and other more serious things I think) Adam Jensen now working for Interpol. After a lengthy recap on the events of the previous game, he and we begin the game assisting an operation in Dubai that naturally acts as a tutorial for some old and new mechanics, but also for the new control set.

If you haven’t played Human Revolution this scheme will probably work best, but not to fret Human Revolution veterans; you can still use a close approximation of that game’s controls if you so wish. I know I found it easier that way.

Naturally,The Dubai operation goes awry, leading to the reveal of the conspiracy thread that needs a bloody good tug over the course of the game. From that prologue (after some super-slick opening credits) Jensen heads to Interpol Headquarters in Prague.

The crux of Mankind Divided’s story is the growing gulf between regular humanity and those who are augmented with the various cybernetic implants and appendages more readily available in this near-future. After someone hacked the neural network of augs two years ago and caused them to go on a bloody killing spree, those not ‘enhanced’ tend to view those with cybernetic upgrades with suspicion and fear. As you may have gathered from certain news stories about Mankind Divided, it’s an allegory for racism.

Big videogames taking on contemporary social and political issues is nothing new, but it’s often very clumsily handled, with rare exceptions. You’d be forgiven for not believing any differently with the controversy concerning Mankind Divided’s take on racial hatred. Thankfully, the kind of awkward things coming out of interviews and concept art aren’t portrayed quite so heavy-handed when you actually play the game. Thematically, the signs of ‘Us vs Them’ are very much present, but it’s left to be about its own situation rather than hit you over the head with its real world meaning. It’s made interesting because Jensen is an aug, but he works in a non-aug environment that sees clashes between the two parties. Anyway, it’s a compelling story regardless, made all the more captivating thanks to the game’s stunning design. Obviously there’s a significant step up in technical grunt from Human Revolution, but it hasn’t been wasted on merely buffing up the hair count on Jensen’s meticulously pointy beard (though that remains a thing of wonder in its own right). The places you go are very much still in the design camp of Human Revolution’s carbon blacks and glowing golds, backed ably by the stirring behemoth of Michael McCann’s excellent soundtrack, but now with much more variety and detail being afforded. Prague for instance, is first seen in daylight, and it’s strikingly different to Human Revolution’s all night, all the time areas. Small touches of detail continually surprise. People are milling about their daily lives, secret resistance hideouts hidden in shops, patrolling mecha-cops, a plethora of screens shimmering with rolling adverts for fictitious products. It’s quite something.

The mix of Deus Ex’s futuristic architecture alongside the instantly recognisable building design of the Czech Republic’s capital is handsomely constructed, giving off a vibe reminiscent of Half-Life 2’s similarly oppressive City 17. It acts as a hub world as much as being a part of certain missions, and the way Eidos Montreal have put it together, ensuring plenty of smaller details go into the mix, makes it for an interesting place to explore. Prague is also considerably more open plan than anything the previous game has to offer.

It’s once you get to the hulking metallic Golem City, situated on the outskirts of Prague, that Mankind Divided begins to really feel technically impressive however. It captures the same junked neon glows of Blade Runner, and plonks them into a structure that has more than a passing scent of Alien 3’s Fury 161 prison facility. It’s a bustling, compact metropolis for augs, and is probably the most cyberpunk-influenced of anywhere you go in Mankind Divided; a construct almost completely of Deus Ex’s world, less from our own (it does have an almost shanty town look to it). It’s been by far, my favourite place to go in the game.

Mankind Divided isn’t quite a technical masterclass however. It still features the slightly off-putting facial animation of Human Revolution, something that you end up tolerating, then almost forgetting about. Pointedly, There’s a character called Miller who remains odd to watch throughout though, such is the awkwardness of his facial movement. Elsewhere there’s some heavy framerate drop, which was improved upon massively after the initial patch. Prague seemed to be the only place it cropped up for me, though with good reason as It’s probably the busiest overall place in the game.

Man of Shadow and Smoke

Okay, I can practically hear you saying ‘stop waffling on about all that bollocks and get on with telling us about how it plays already!’ at this point, so I will. It plays really bloody well.

Starting off with the stealth I felt I needed to open the review raving about; it’s great. Mankind Divided gives you ample room to experiment with your playstyle through environmental design, weaponry, and the augment upgrade system. There’s always plenty of places to slink out of sight in Mankind Divided’s missions. Vents, large objects, diversions and the like can put space between you and the enemy time and again, give you plenty of time to figure out your next move. The stun gun/tranq rifle (depending on an early choice you start with one or the other) are extremely useful for stealth play as they are silenced, but both also facilitate a non-lethal playthrough perfectly. I went through nearly the entire game on my first playthrough without killing. The feeling of clearing a building of enemies without being seen, and without taking a life, makes you feel like an absolute badass. Backing this up with Adam Jensen’s own abilities just adds an extra fun factor to proceedings. From punching through a wall to knock a guard out, to using your cloaking device to slip past a room full of enemies unnoticed, selecting the right combination of Jensen’s upgrade trees to suit your style is balanced far better than it ever was in Human Revolution.

Failing stealth doesn’t have to mean a proper struggle here, instead, good reading of the environment and your inventory can get you out of any jams Mankind Divided throws at you. Even boss fights can be tackled however you see fit. Deus Ex isn’t really about run and gun shooting anyway, but the firepower is there should you wish to become the mechanised angel of death. You still have to use your head though, there’s no pelting about like a maniac, shotgunning heads off, especially when you are the underdog in many situations, even with your abilities.

Jensen still has his hacking abilities to hand as well, and they are not much different from the previous game. The addition of crafting parts scattered around the areas in the game means you can circumvent the need for them by making one-off items like the multi-tool; a device that gives you a 100% guaranteed shot at opening a locked electronical object such as laptops, security systems, and doors.

The final piece of the gameplay pie is the conversation system. It’s pretty standard fare in most conversations, but when things hinge on a chat between Jensen and a potential threat, the right answer requires a bit of logical thinking and character analysis. It’s not overused, and each major conversation feels like a boss battle in word form. Ultimately, Talking someone down from their high horse is another link in the chain of satisfying non-lethal play.

This Is The End, My Friend? 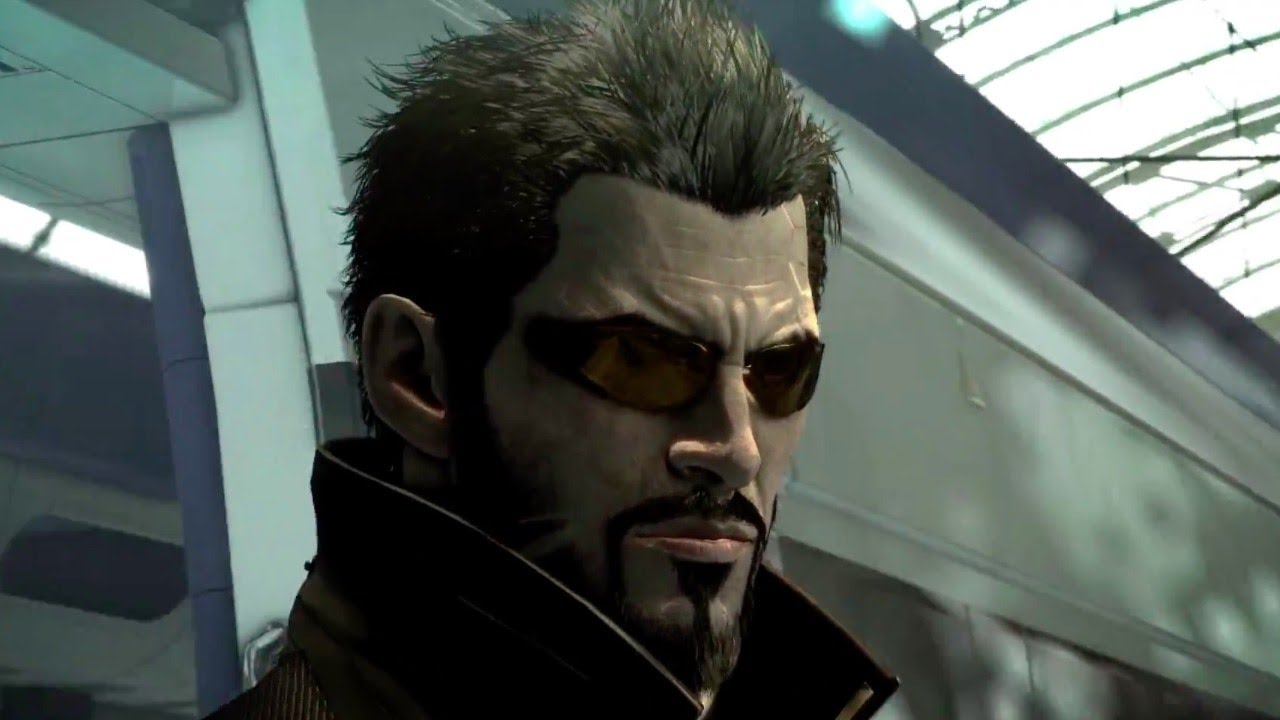 My only real problem with Mankind Divided initially was that it was just the smarter, better, stronger successor to Human Revolution’s own good ideas. More of the same, but better is definitely no bad thing in my book when the source is already pretty cracking, but it wasn’t till the very end off my time with Mankind Divided that I found my true disappointment with it.

There will be no spoilers here, but the ending of Mankind Divided felt a bit hollow. When it came, I wasn’t expecting it for a few more hours at the very least, not much that had happened before the finale suggested this was the climactic part of the game. Worse still, Eidos Montreal leaves multiple story threads dangling ever-so-close to the point you feel they should be in this game. Some genuinely surprising revelations are marred by the sensation of being cheated out of immediate closure somewhat. It doesn’t change that Mankind Divided has been a corker of a game up until then, but it does leave a slightly sour taste.

Happily there’s plenty in the game to begin with, even though it seems a bit shorter than Human Revolution, Mankind Divided is deeper, and more involving in that time. There’s plenty of side missions to tackle, and environments to explore throughout the game. Mankind Divided even has an arcade mode called Breach that sees you take on the role of a hacker who attacks computers in a hybrid version of Deus Ex proper and its node hacking minigame. Think Volume, or MGS VR Missions for Deus Ex. It’s a neat addition to the package that offers a bit of a different challenge to proceedings. 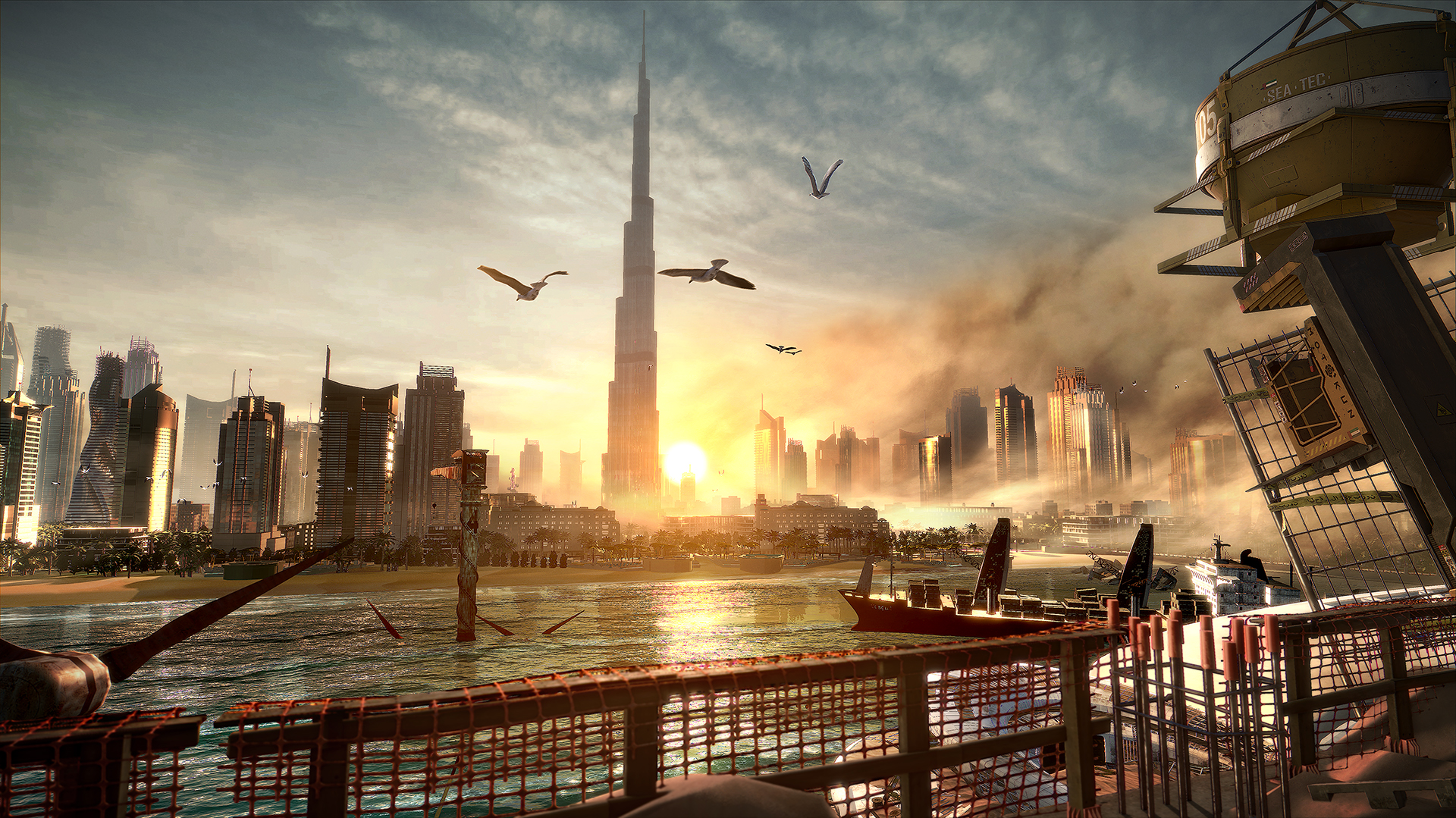 What’s left to say about Mankind Divided then? It’s definitely an improvement on its predecessor, even if it doesn’t learn all the lessons from it. Adam Jensen’s world is a truly fascinating one, filled with interesting people, places and stories. It’s a damn fine game that falls short of true greatness by not stepping out of the shadow of its past significantly enough, and because the compelling story doesn’t feel like it’s finished being told. This is one of my favorite games of 2016, perhaps even of this console generation, despite these shortcomings. There’s plenty of love, care and attention poured into this game. Few will stand up to Mankind Divided this year and best it.

Mankind Divided is a thoroughly satisfying Action RPG that understands how to make stealth play enjoyable, flexible and challenging. The design of its near-future world is remarkable, and the stories held within it are compelling. The only sour taste here is an ending at odds, and the slightest whiff of over-familiarity.