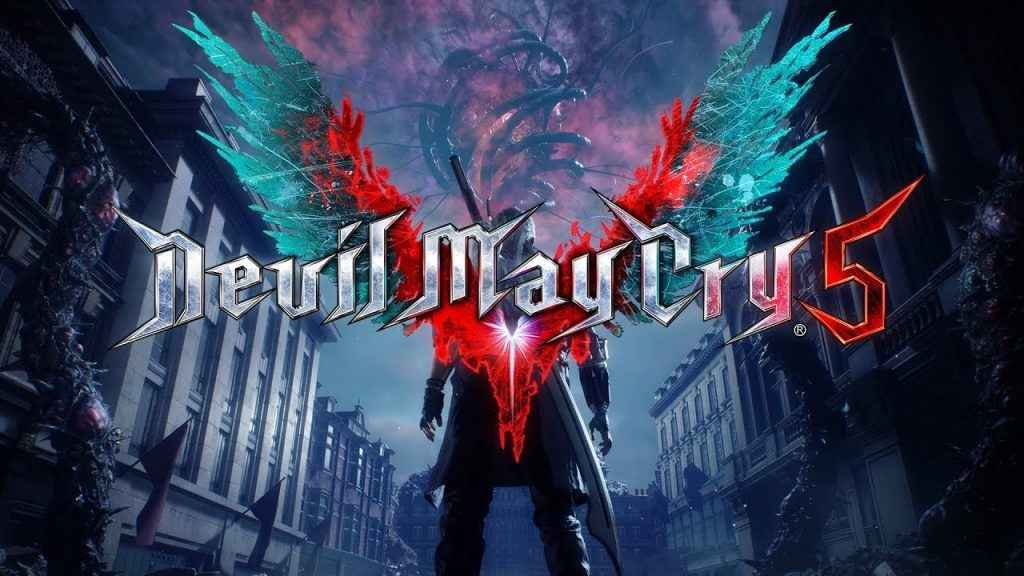 Devil May Cry 5 has been a long time coming for DMC fans, myself included. The game has a lot going for it, featuring three playable characters and a healthy spread of different usable weapons. However, DMC 5 also suffers from some issues that could have easily been avoided.

Set years after the events of Devil May Cry 4, the story of DmC 5 begins with Dante, Trish, Lady, and Nero facing off against a powerful new demon, named Urizen. The team is easily brought down to its knees as the demon is too powerful for their combined assault. Newcome V shows up to lend a hand and is forced by Dante to rescue Nero, but the Demon is too strong and our protagonists have to retreat.

The story then picks up a month later, with Nero heading back to the city where Urizen resides in hopes of finding Dante and defeating the demon.

The game is very rich in cutscenes and they impress with praiseworthy graphics. Each mission features some cutscenes at the start and end with very few in between. This helps with the pacing because there are no big interruptions while you slay the enemy demons. Compared to previous DmC games a bigger effort was made on storytelling. Though some fans may guess the big reveals before reaching the halfway point, there are moments in the game where I was surprised by how the events transpired.

This brings me to the actual characters. Let’s talk about Dante first. Dante is exactly like you remember him to be. He’s cool, stylish, overconfident, and cocky. The problem is he really starts to show you how selfish and one dimensional he really is.

There is one scene in particular where you acquire a new hat that is so ridiculous, even by Devil May Cry standards, that I had to stop playing and wondered to myself who possibly thought this was a good idea. To make it worse, it happens during a serious sequence of events. You’ll know it when you see it.

Then there’s Nero, who is the spitting image of Ninja Theory’s Dante, not just in looks but in personality. Nero essentially is DmC’s Dante. Thankfully, Nero has one of the best new mechanics in the game. The Devil Breaker arms add a lot to both combat and exploration. The different Devil Breakers vary rather nicely, allowing Nero to pull off some crazy combos.

These range in style and usability. One Devil Breaker sees Nero launching a cool rocket arm that fly’s around, punching enemies from a distance. Nero can also ride this rocket arm like a hoverboard. There are a lot of these Devil Breakers in DMC5, and they all provide a different experience. The biggest problem I found with them though is you can’t switch between them without destroying them. So instead of allowing me to switch between them during combat, I would have to destroy the one I have equipped in order to access the next one in line.

Newcomer V unfortunately really drags the game down. Besides having a resemblance to Adam Driver, V himself is a very boring character. He’s so mopey and speaks in irrelevant riddles. I dreaded having to play with him. V’s bird companion actually has more personality than he does.

V plays much differently from Nero and Dante. V himself doesn’t actually fight. Instead, he summons monsters to fight for him. His bird is essentially his gun while his black panther is his melee weapon. The problem I encountered while playing with V is that instead of fighting, I’m watching from a distance while these summons fight for him. Even though I’m controlling them, it’s challenging to pull off good combos because of the camera and positioning of not only V but of his summons on-screen and the position they’re facing.

I should mention that the rest of the cast is pretty much a dud. Outside of Nico, who is a nice surprise: a weaponsmith for Dante and Nero. She was fun at first but she grew to be a little irritating with her constant 90s-era jokes that just made her sound immature. Even Nero got tired of it in a later story scene as he points it out himself. Lady and Trish, on the other hand, don’t serve any real purpose in the story. It’s almost as if they were included just to remind us they exist.

Devil May Cry 5 has 20 missions in total. They start strong with great city locations. Seeing how the town is being torn apart by the demons is a nice touch that showcases the RE Engine nicely. This is quickly abandoned in favor of horrible, sewers, catacombs, subway systems, and a series of missions that take place inside a tree reminiscent of a Xenomorph colony. The level design after about the eighth mission becomes so boring to look at. It got to the point where I couldn’t even tell if I was playing a different level from before. It’s a shame because the RE Engine is capable of some spectacular scenery, which was displayed to great effect earlier in the game.

In the Spirit of Devil May Cry, missions have plenty of secrets to hide, secret missions to tackle, and orb fragments to find. This encourages exploration, especially with Nero and V. Their unique abilities can be used as exploration devices, allowing them to do various things to reach higher locations and even uncover hidden ones.

Combat in Devil May Cry 5 can also be hit and miss. I loved being able to pull off strings of combos by combining different skills and abilities, especially with Nero’s Devil Breakers. Regardless, the combat felt a little slower than it did in Devil May Cry 4. It’s also a lot easier to get stylish combos because enemies, especially early on, aren’t really aggressive. So they won’t attack you enough for you to lose your ranking.

Another issue is the constant character change from mission to mission. As soon as I get the hang of one character, the next mission will switch to another character, and I have to recollect how the next character plays. It wouldn’t be so bad if some of the skills did the same types of attack. Some of the same attacks for Nero and Dante have different button presses, and it completely threw me off on multiple occasions.

The RE Engine shines once again with the monster designs, much like it did in Resident Evil 2 Remake. The monster designs are some of the best in the franchise’s history and most of the boss battles are fantastic and downright nasty and creepy to look at. I wish the game had a boss rush mode of some sorts so I can go back and replay these battles without having to go through the entire level again.

Devil May Cry has always had a stylish soundtrack but Devil May Cry 5’s soundtrack isn’t as memorable as past titles. The nice thing is you can go into a jukebox in the main menu and set what combat music you prefer. If you prefer a specific characters battle song, you can set it for all three characters. You can even purchase DLC themes from past Devil May Cry games if you choose and have those tracks play during combat.

Devil May Cry 5 Goes for the A Rank

It’s been a long journey for Devil May Cry 5, and for the most part it’s a successful one. It may not be the huge return for the franchise’s original saga that some may have hoped for, but it’s a fair return nonetheless.

Devil May Cry V is the game fans have been waiting for, for better or for worse. It's not the best in the franchise but it's a welcome and stylish return to the original Devil May Cry saga.