It’s been a long time since Codemasters returned to its Colin McRae heritage of the 90’s. With the DIRT series taking precedence with Baja and Gymkhana instead of the tight, twisty nature of the wilderness, we were always in deep thought on whether Codemasters would ever dip into its magic bag and pull out a true Rally game once again. Thankfully our prayers have been answered and not only did Codemasters bring us a new Rally game, but it has made its first true simulation game.

Codemasters are well known for trading hardcore simulation for accessibility and with the F1 games slowly moving towards the more simulation crowd, Dirt Rally has gone the whole hog. With the help of the PC Early Access community, Dirt Rally has become an ever-evolving product into what it is today. But with the recently-launched Sébastian Loeb Rally Evo, how does the return to rallying fair with this venerable franchise’s latest offering? 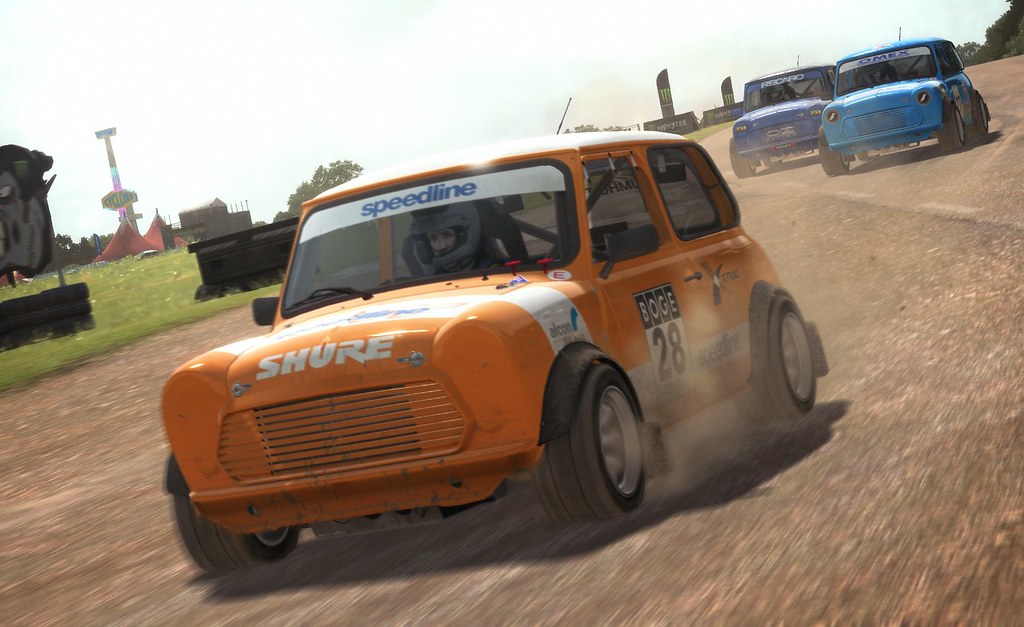 There have been many ways in which the career mode has been tackled in Codemasters games, and Colin McRae: DiRT was the first of their games to go with the progression like “pyramid” system. It has evolved into many different forms and now it has taken the progression system in a different way.

Much like Sébastian Loeb Rally Evo, which you can read our review of here, DiRT Rally borrows much of the same ideas where you are not forced into a single competition and fully locked out until you amass “medals” to continue. Instead, once you throw your hard earned green at the shop, you can take your new shiny metal box onto the road and give it some much needed battle scars. The cars that you can purchase range from the classic 60’s Mini Cooper S, Colin McRae’s infamous Subaru Impreza, and of course your Pike’s Peak cars and RallyX monsters. Attempting to earn every vehicle in the game is a real grind of attrition, but thankfully the addictive nature of Rallying eases that grind a lot.

Before you take your wheels out for a drive, it would be a very good idea to learn how to rally in the first place. Unfortunately, the tutorials that Codemasters present to you are videos only, there is nothing to help you hone your skills. Thankfully the videos go into a lot of depth on everything from how to set up your car, how to tackle corners, which lines to take, how to read your co-driver’s expressions, and more. You might not get your little drive to practice manoeuvres but it’s made up for with wisdom. Having a practice mode would still have been better than none at all though.

What really sets DiRT Rally apart from Sébastian Loeb Rally Evo is not the content, but the quality of content and its presentation. Without question DiRT Rally is in a class of its own. Each of the stages are presented in a glorious and rock solid 1080p/60FPS and there isn’t a moment where I wasn’t wowed at the intricate detail Codemasters has put into creating everything from the tree positioning to the accuracy of the crests, bumps, dips, bends, and road surfaces. The positioning of all of the individual rocks and scenery items have also played a huge role and affected the gameplay in ways I never could have imagined.

Taking your car onto the track is one thing but wrestling with the environment is another. You’re eased into the game with a tarmac based stage – Finland for example – and getting to grips with your car is simple enough. As you progress through your first championship the game starts throwing you into the unknown. First it was gravel and then the antithesis for all road going vehicles – snow! A few muddy surfaces were added in for good measure but it was the snow stages that really showed off what DiRT Rally was capable of.

Putting pedal to the mettle as you fly past the trees with the sun beaming through the leaves, you hurtle along the light glowing road in front of you only to come up to a corner, your co-pilot telling you it’s an easy six left meant that you can go flat out, only to find that you missed him say “avoid cutting”. The joy of seeing my car get scooped up off the floor after hitting a large rock, roll in the air and land on its roof, then subsequently roll more and landing on its wheels to continue was nothing short of a miracle, but the concentration needed to plan ahead was intense.

Unfortunately, after carrying on for another few hundred metres I realised that my car was completely shot. My radiator was blown, my Horsepower dropped so much I couldn’t reach a high enough speed to get out of second gear, my steering column was cracked so much I had to hold my steering wheel to the left just to drive straight, I had two front wheel punctures, and my car looked as though it went through a meat grinder. Needless to say by the next corner I couldn’t turn and I fell into a never-ending chasm of distraught – if only I listened to my co-pilot properly.

That prepared me for what lied ahead of me, a gruelling testament of drivers past that have competed for years putting their lives on the line on some of the most inhospitable roads in the world. Even with a steering wheel, playing this for the first time was barbaric and countered every marvel I tried to throw at it. Until I realised that instead of pushing myself needlessly I understood why Colin McRae always crashed with his “go fast or go home” attitude; Rally driving isn’t about flooring it around every corner, it’s about positioning, caressing the car around corners, and taking your time to making sure you get things right. It’s the one form of motorsport where taking your time leads to faster times.

It worked, and I was finally able to take each stage as they come. Not only that, but I was more “in the zone” than before, I could finally hear my co-driver properly without blanking him, and I was able to prepare each corner well in advance. However, even as prepared as you can be, the harsh reality of rallying still smacks you in the face and you come crashing down in a blaze – hopefully of glory.

DiRT Rally also boasts some impressive environmental and weather effects. Trees, rocks, and metal railed fences batter your vehicle as you collide with them, snow slows you down and tries to bury you if you go to the side of the road, and the ribbon-adorned posts flatten as you pass over them. As you career into streams and rivers at blistering speed, you get that satisfying blanket of water obstructing your view before your trusty windscreen wipers take care of the problem. It’s nothing short of jaw-dropping.

Everything that I felt on the road was relayed to my wheel with precision and many a time I had to fight the car, quickly going from one opposite lock to the other to keep my motor on the straight and narrow. There was only one thing that made playing with a wheel extremely difficult however, namely the handbrake. Due to the fact in rallying you need to move your steering an unequalled amount from one direction to the next, it makes hitting that handbrake button almost impossible—assuming you’re using your paddle shifters to change gears like I was. Granted, this is not a fault of the game but a harsh reality of the motorsport in question, but it nonetheless makes it difficult to apply all characteristics to a wheel setup unless you have one key component; an H-shifter to use as the handbrake, but then you’re looking at a very expensive accessory.

Elsewhere, Codemasters has done a remarkable job with the AI and the game does not hold your hand at any point. Case and point, in most racing games the opposition will always give you a chance for catching up, right? Well, DiRT Rally does not adhere to this long-standing tradition. If you make one mistake you might be able to catch up if you push hard enough, but if you go into the next corner with the slightest bit of doubt, you will be dropping down the order rapidly.

DiRT Rally is hands down the best rally game I have ever played – stand aside Richard Burns Rally, in fact it’s the best Codemasters racing game I have ever played. Rally games have always been about accessibility and ease for the player and DiRT Rally went against the grain and came out on top. Amazing gameplay, brilliant aesthetics, the list is endless. You can tell the community has been involved and for that Codemasters has almost achieved Rally perfection.