Disgaea 6 Complete Review (PS5) – Disgaea is a niche franchise with a very supportive fanbase. It’s a game you either love or you hate.

Despite my dislike for tactical games, I’ve wanted to give the Disgaea franchise a legitimate shot for a long time.

Now, Disgaea 6 Complete hits the public with gameplay options to simplify the experience, accompanied by a trailer targeting new players as well as old. Even though these new options allow me to play the game, it doesn’t mean that I still enjoy it for what it is.

Zombie hero, Zed, starts the game telling a high court his story about fighting the God of Destruction. Over and over, he tells the court that he lost and died in battle.

However, thanks to a skill he obtained called Super Reincarnation, he came back to life and fought the God of Destruction again and again, dying repeatedly on his way to getting stronger.

Along the way, he finds allies in the random areas he ends up in thanks to Super Reincarnation, which includes a particular caveat that it reincarnates Zed in random places all over the world.

Disgaea fans know what to expect from each game: goofy characters, strange situations, and cheeky, cynical dialogue. All of these things intentionally come off as odd because that’s the style of these games: not take the game too seriously.

I don’t resonate with the formula too much, but I see the specific appeal it offers.

Sometimes, a line or scenario gets me chuckling, while others see me shaking my head in enjoyment at the sheer absurdity. Most of the time, though, it’s not enough for me.

The game gets heavy handed with its cheeky material and goofy lines, and it just doesn’t have the kind of meat on it that feels satisfying.

It’s more like a forgettable popcorn flick you go to with friends to pass the time. It has its place, but it likely won’t stand the test of time. 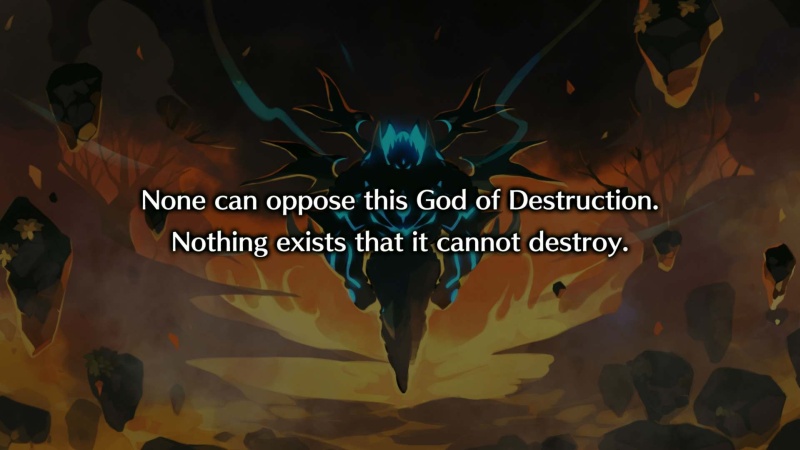 The tactical gameplay in Disgaea sees you moving characters around the map, executing actions, and interpreting the pros and cons of different spots on the grid. However, apart from a few very specific missions, the game offers very little resistance to your progress.

This comes by design, as Disgaea 6 Complete even includes auto-battle, immense level and stat boosts, combat speed boosts, and animation skip options. These inclusions bring with it particular pros and cons, some of which reflect the core formula the game offers.

The big benefit to these new game options is accessibility. As someone who doesn’t enjoy tactical games much, I wanted to try out this Disgaea game. The idea of experiencing a Disgaea game without struggling to enjoy the combat appealed to me.

As an outsider looking in, the Disgaea formula and style don’t tend to bring in players who aren’t already fans of these games.

The negative that comes with including these game options includes its own beneficial caveat. While watching the game buzz through different rounds after you press R2 to speed up the game, I think about the fact that this game really can’t be hard if the game can play itself like this.

These games traditionally take hundreds of hours to complete simply because fights take so long to get through. These options eliminate that heavy time sink. 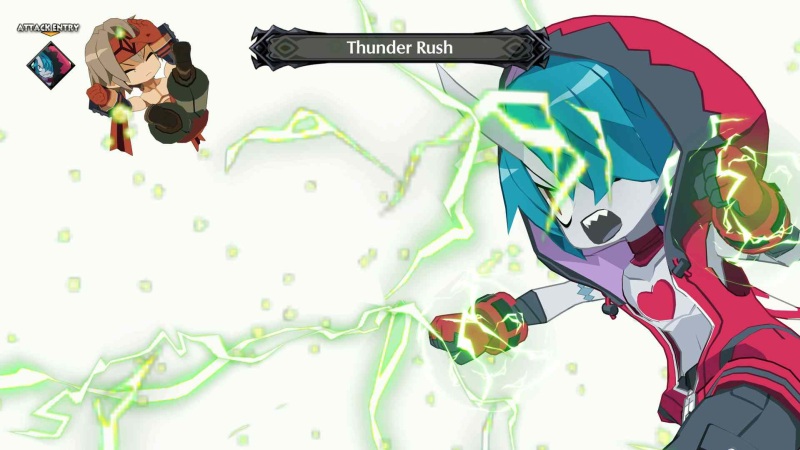 At the same time, the acceleration option doesn’t always work properly. If enemies are too far away or a slightly specific action needs to take place, the game simply cycles through rounds over and over until the game realizes that nothing on the board changes.

Then, you either move your characters closer to enemies or figure out how to reach opponents.

Some of the puzzles the game throws at you leave much to be desired. Without having any experience in these games, I faced several levels where I needed to stop a steady swarm of enemies from teleporting in through warp grids.

Standing on the warp grids did nothing, and constantly fighting the enemies just granted extra experience.

I finally figured out what to do, but I had spent 20 minutes on one level when, leading up to it, I had just cleared almost 8 levels in that same amount of time.

Even though Disgaea 6 Complete allows me to see the game for itself, the options it uses to show me the game contradict the game’s root formula. 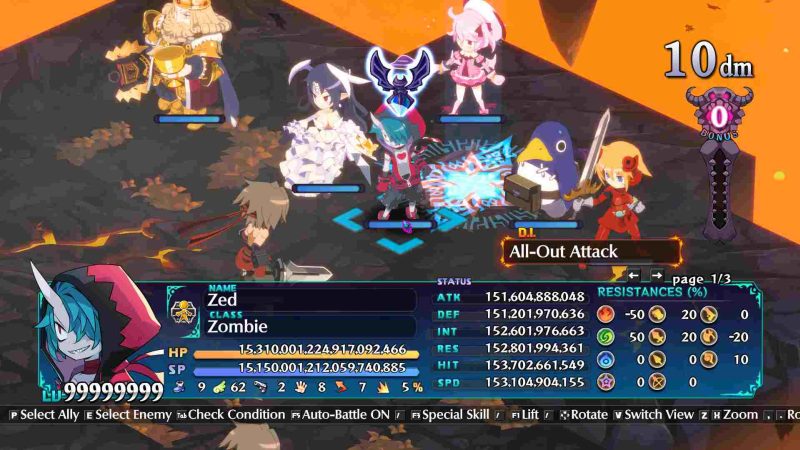 Gameplay isn’t hard by any means or even bad. You just issue commands for each of your characters and seek to defeat your enemies.

At the same time, the duality that comes with levels flying by with zero effort thanks to these new options and then babysitting other levels shows that the game itself simply offers a filler experience of goofy jokes and busywork gameplay and not much else.

Like all tactical RPGs, weapons and equipment play a part in your success. Plenty of different upgrades come from completing quests or vendors. At the same time, the stat increase boosts the game provides allow you to not do much upgrading at all.

I initially picked up some upgrades when I first started, but I didn’t bother dealing with upgrades until I cleared chapter 6.

Managing stats and equipment can make or break an RPG in a fan’s eyes. For me, not needing to juggle all that stuff in this game proves beneficial, allowing me to just breeze through the majority of the game to see what the franchise brings to the table. 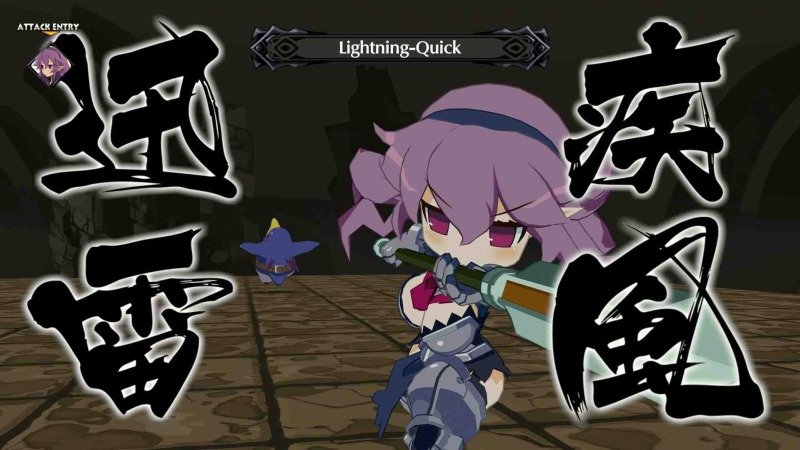 For fans, they can turn these boosts off and even ramp up the difficulty. With these settings on by default, only a small grouping of this already-niche fanbase will pick up Disgaea 6 Complete to play it through without the boosts.

In an attempt to bring it new fans, this game sheds a different light on what dedicated fans love about the game. However players see that light is one thing, but these boosts and new options objectively simplify the formula drastically.

Disgaea 6 Complete attempts a new tactic to bring a new player base into the fold by providing accessibility options. In doing so, the formula sees heavy simplification that mostly turns the game into a visual novel with automated bursts of combat in between bits.

The RPG elements get forgotten with these options, but it does grant new players a chance to see what the franchise offers. Equally so, those offerings can look cheapened in this new light, contradicting what Disgaea 6 Complete intends to do.

Ultimately, if you know what you’re getting into, there’s a fun experience here, even if it doesn’t leave much of an impression. Combine that with a $70 price tag for an improved version of a year-old-game (yes, even the PS4 version), and it’s a hard sell all around.

Even though Disgaea 6 Complete brings in accessibility options, the game itself reacts negatively to some of them. A simplistic AI can't contend with automation, while the hefty price tag alone for a year old game makes this a hard pass. There are hints of fun here for a new player, but in making this game easier to play, Disgaea 6 Complete makes the franchise formula look antiquated.