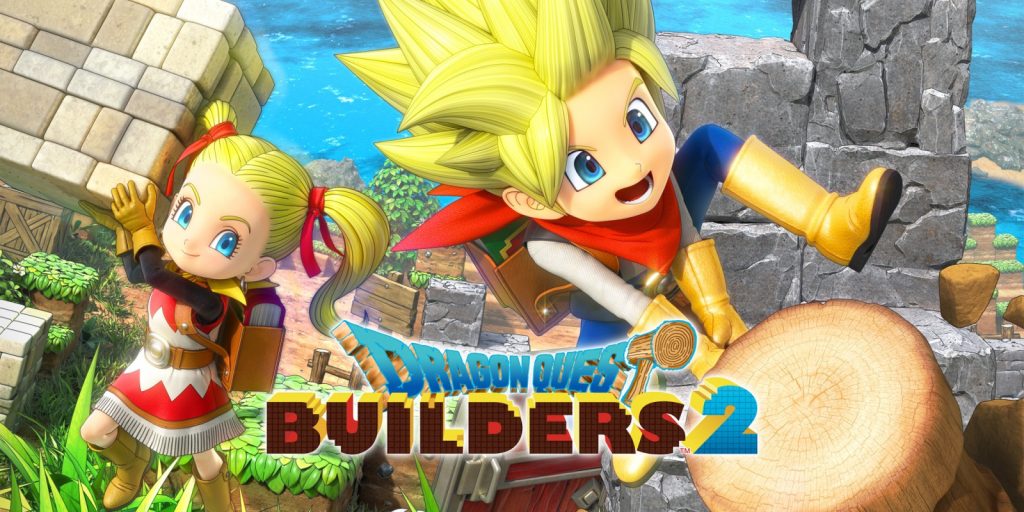 Sometimes sequels change so little about the original game that they feel almost like an expansion of their predecessor rather than creating an identity of their own. This is not the case with Dragon Quest Builders 2. I don’t love every new feature that Builders 2 implements, but it is safe to say that so much has changed between iterations of Dragon Quest Builders that the sequel feels distinct from its predecessor.

Huzzah! No More Starting Over!

The biggest and most welcome shift in the flow of Dragon Quest Builders 2 is the move away from the structure of the first game, which continually stripped players of all their materials and progress each time they moved to a new area. Playing the original game, I was utterly shocked the first time I beat a boss and the game robbed me of my hard-earned minerals and food before unceremoniously dumping me into the next area.

In Builders 2, the player still moves between distinct islands, founding communities and building up small enclaves of like-minded individuals. But in this new game, the player can take materials and skills between areas and a handy quick travel system allows the player to back-track to earlier areas, dropping in on old friends and building new stuff for them. There isn’t a gameplay reward for doing so, but it is a nice touch for those that want to do it.

The story in Dragon Quest Builders 2 involves the main character (I named her Tina), a builder who washes up after a shipwreck in a world where building has been outlawed. It seems that a wicked cult, the Children of Hargon, has completely banned any sort of building or construction in the world, leaving the people in it hungry and destitute, scavenging the scraps of an earlier civilization for sustenance.

Together with her amnesiac thug of a partner Malroth (series veterans know how this partnership will play out), the builder cheerfully wanders a bitter and barren world, bringing life, happiness and structure to the oppressed people in it. By providing straw beds, sugarcane, and toilets, the builder quickly convinces acolytes of Hargon to abandon the cult and join her, motivated by the simple joys of making cool stuff.

Once the main character stabilizes one area she quickly moves on to the next; and, after a little bit of time spent back on her hub island, she puts the new skills she has learned to the test, shaping the land into a veritable paradise. This loop makes up the majority of what turns out to be a very long game, as each area contains almost enough quests to be a short game in and of itself. People don’t play Dragon Quest titles because of their brevity, I suppose.

Two Steps Forward, One Step Back

Most of the changes in Dragon Quest Builders 2 are extremely welcome. Weapons and hammers no longer break and degrade, which is a huge quality-of-life improvement over the original. The main character (who can be customized in a number of different ways) now has a sprint and quickly earns a parachute/glider that allows her to traverse long distances if swimming or battling the baddies that dot the landscape becomes a hassle.

In addition to mining and building, a new focus on farming fits into the mix so well that after a little while I found myself questioning whether it was included in the original title and I just forgot. The act of defining the space for farming by installing fencing and then planting seeds and establishing the appropriate environment for crop growth (tomatoes need a moat of water around them, for example) feels so perfectly in tune with the franchise that it seems like it should have always been there.

Other changes are a little less welcome. With a new laser-tight focus on questing, much of the actual building (which is, you know, what the game is all about) is now farmed out to the NPCs in each community.

For the first part of the time spent in each area, the player is on a tight leash, gathering precisely what the NPCs tell them they need to get in order to build specific structures and items. Many of the game’s quests involve going to a specific point on the map to gather certain materials or completing tasks to unlock certain blueprints. This leaves Dragon Quest Builders 2 feeling very, very linear, with the player making very few decisions about where to go or what to do.

Making your citizens happy results in the outposts levelling up, which brings in more allies. As your community grows in size and experience, your troop of homies starts taking over the material gathering and the building of major construction projects. You plop down a blueprint, and the cast of miners and farmers hop to it. This removes some of the tedium of the previous game, but it also softens the sense of accomplishment players get from building, which feels odd for a game with “Builders” in the title.

And, of course, one tedium is now replaced with another. Everyone in this game talks. And talks. And talks. While the dialogue is well-written and charming, it does tend to go on for far too long in some cases. During periods where the game unlocks three or four quests at once, having a two-minute conversation with each of those quest givers (with accompanying animations and musical cues) quickly makes the player wish everyone would just shut up so they can get back to the action.

Combat And Leveling Are… Strange

The combat and levelling systems in Dragon Quest Builders 2 have been dramatically reworked and simplified. Like the building system, much of the agency seems to be taken away from the player. From the very beginning of the game, Malroth follows the player wherever they go, making constant comments about wanting to bash heads. This means that whenever a fight starts, Malroth runs into battle, tanking for the player character and doing double the damage.

If you decide to run away to a safe distance, Malroth will stand his ground and fight to the death. Often times, he will defeat enemies and pick up their loot before the player character even gets the chance to participate. This isn’t necessarily bad, but it does contribute to the feeling that the game is on training wheels, and the player has little need for things like strategy or planning.

The player has an XP bar visible at all times, but I quickly started ignoring it due to its relative lack of meaning. The player character and Malroth level up simultaneously; and, when they do, all that happens is that you get a few more hit points and Malroth “gets a little stronger”. It almost feels as though the leveling system was included simply because fans would expect it.

Many features feel similarly tacked on. The hunger meter serves no purpose whatsoever in the game other than to be a mild annoyance. No stats are displayed anywhere in the game. So when you construct a new weapon that is “+18 Attack”, all you know is that it is stronger than your current “+12 Attack” weapon. What your actual attack values remain a complete mystery.

All of the classic Dragon Quest enemies are present and accounted for in the game, but most are so easily defeated that after you beat enough to build up an inventory of whatever material they are dropping, you will likely just ignore them for the rest of the game.

Mini-bosses are scattered about the world. They provide a bit more of a challenge, usually putting up a fight and rewarding the player with a new weapon or armor type for defeating them. But with Malroth at your side, you are not likely to see defeat very often and when you do the penalty is that you simply respawn back at your base.

In a strange decision, multiplayer is not unlocked until quite far into the storyline. The player must finish the first island (which is primarily centred on learning the new farming mechanics) and then spend a bunch of time doing landscaping work on the hub island before the game finally reveals the teleport system that allows players to team up. I was taking things nice and slowly, but I estimate that I was at least 10 – 15 hours into the game before I reached the point where I unlocked multiplayer.

The usual multiplayer controls are present. You can open your game to just friends or throw the doors wide open and allow the world to invade your territory. Up to four players can work together, mining and building projects to their heart’s content. But the multiplayer is completely separate from the campaign, so don’t buy Dragon Quest Builders 2 thinking that you can co-op through the storyline.

All The Dragon Quest Charm Is Present

In smoothing the rough edges off of Dragon Quest Builders, the devs went too far and made a game that is almost on autopilot. But that doesn’t mean that Dragon Quest Builders 2 isn’t worth your time. This is, after all, a Dragon Quest game. The music alone is enough to give me chills of pleasure when it kicks in over the Start menu. All of the usual Dragon Quest charm is solidly in place, making Builders 2 an enjoyable experience regardless of its flaws.

Dragon Quest Builders 2 is a very, very polished experience, and everything in it works like it is supposed to. Eventually, you are able to start building things the way you want them, with your creativity unleashed. But it does take an awfully long time to get there, and during that time Dragon Quest Builders 2 makes certain that you stay within your lane.

For kids that chaffed when the teacher constantly reprimanded them to color within the lines, Dragon Quest Builders 2 will feel like a slog. As opposed to offering the player more freedom, the sequel doubles down on giving the player a guided experience. For patient players that are charmed by the world and are willing to undergo hours and hours of structured questing in order to create little towns for grateful citizens, Dragon Quest Builders 2 will be a rewarding time.

While an extremely guided and structured experience, Dragon Quest Builders 2 maintains enough of the charm of the franchise to be worth a look for fans. Players accustomed to free-play modes in other building sims will chafe at the story mode, but patient players that don’t mind a simple battle system and chatty NPCs will still find plenty of content here to enjoy.