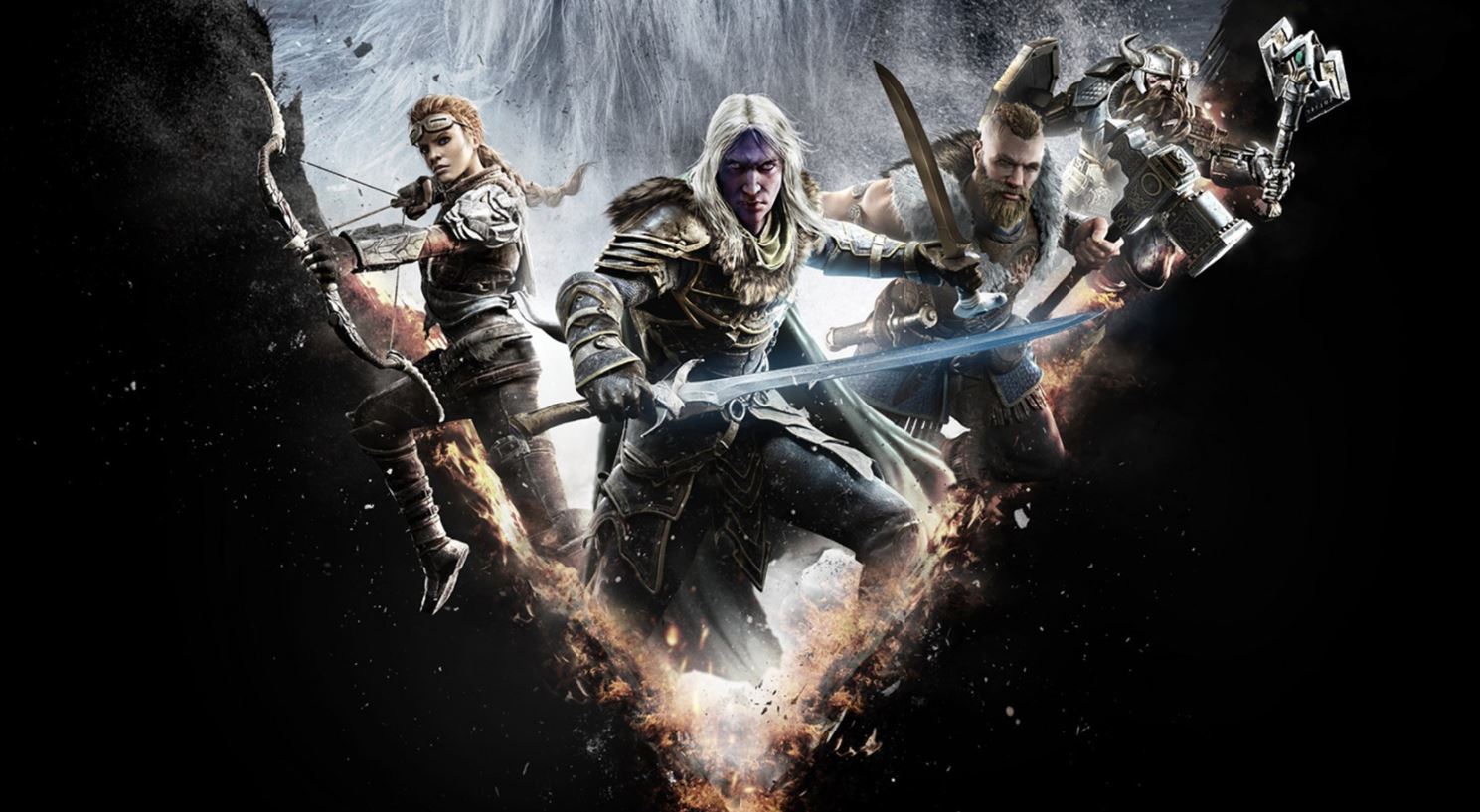 Dungeons & Dragons: Dark Alliance PS5 Review – Dungeons & Dragons: Dark Alliance is an entertaining action RPG game that had its grip on me for hours on end. Since the days of the Lord of the Rings, The Two Towers and Return of the King from the PS2 era, I’ve longed for a great fantasy action title. Tuque Games have done a great job bringing fun co-op action to the next generation but, better yet, at a budget price.

A Story That Doesn’t Fully Utilize Its Source Material

Dark Alliance takes place in Icewind Dale during the Forgotten Realms timeline, following the characters created by R. A. Salvatore and takes place after his Icewind Dale Trilogy. Those who have read the books would know the four heroes we get to control in Dark Alliance: Drizzt: The Dual Welding Elf, Catti-brie: The Archer, Bruenor Battlehammer: The Dwarf warrior, and Wulfgar: The Barbarian King.

If you have some previous experience with the source material you will have a better understanding of the story, but the game does a nice job of recapping what happened before the game’s events. I won’t go into too much detail, but the story sees the recovery of a powerful shard that has drawn the attention of various monsters and races from the Forgotten Realms. Your band of heroes must fend off these forces and keep them from retrieving that shard. 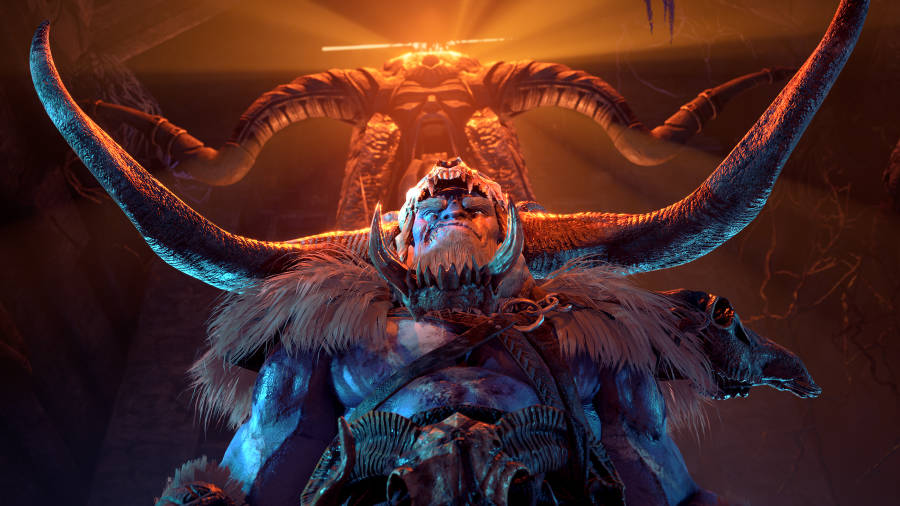 I was expecting more from a story set in a D&D world, especially one that had the involvement of R.A. Salvatore, but what is here is fairly forgettable, mostly because the game’s cutscenes only occur in the first mission of a chapter and the final boss battle of a chapter. The rest of the story has the heroes commenting throughout various parts of missions to give you context about what you’re doing and why you’re in a specific location.

Fun Exploration With Plenty Of Hidden Loot To Discover

Dark Alliance is a mission-based action RPG. You’ll first be able to explore a hub where you’re heroes reside. It comes packed with training dummies, Trophies that feature statues of slain bosses, a shop to upgrade your gear and purchase potions, and the mission select map.

Each mission features a couple of side activities to complete if you choose; most of these repeat between missions, but they give you extra gold and EXP. For the most part, you’ll have to find a specific unique enemy and defeat it or search for Dwarven Mugs or destroy weapon racks and the like.

Each mission is fairly linear, but some do have branching paths to explore. These paths will always lead to the same location. Exploring is important, though, as you’ll find plenty of hidden chest to collect loot, crafting materials, and Tablets which provide lore about the world and information about your foes. 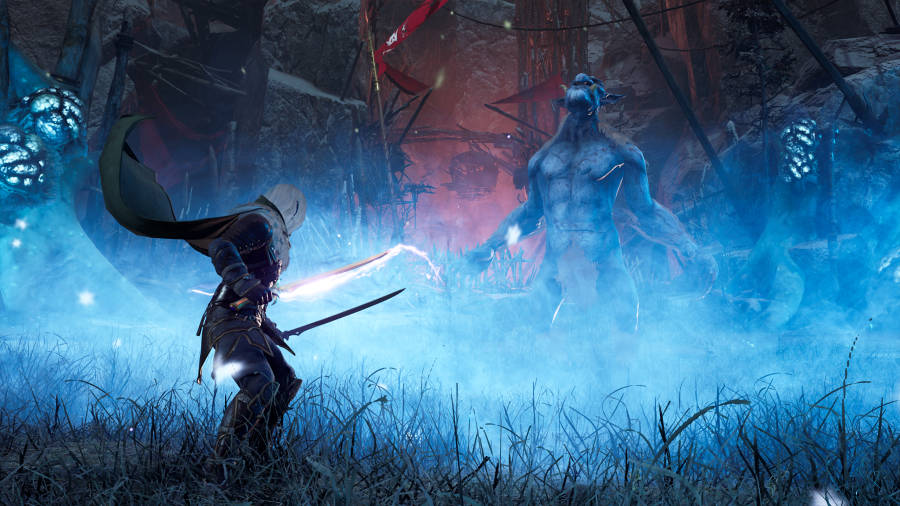 I thoroughly enjoyed exploring in Dark Alliance. Figuring out how to get to specific locations though not hard, is satisfying. I also loved collecting the various lore tablets and reading the history of the various locations I now found myself in. It provides plenty of information, especially for those who may not be familiar with the D&D universe.

I do wish that things could have been a little more randomized when it came to exploration. Finding different objects and placing secondary objectives in different locations would have kept things fresh on repeated playthroughs. Once you find all the Mugs in a mission, you already know where they are located in a second run of the dungeon. It would have helped prolong the exploration.

One thing I wasn’t expecting Dark Alliance to do is borrow aspects from the Souls franchise. For example, you only get three health vials to work with, though you can acquire more from chests. As you progress through missions, there will be locations where you’ll unlock campsites. Campsites replenish your health, refill your health vials, and create a checkpoint where you’ll respawn if you happen to fall in battle. As with Dark Souls, the downside to the campsite is that it respawns all the enemies you’ve encountered throughout the mission.

A Campsite is just an option, though. Those daring can instead choose to forgo them and increase the quality of their loot drops by continuing on. This decision shouldn’t be taken lightly because you’ll have to restart from the beginning of the mission if you fall in battle. 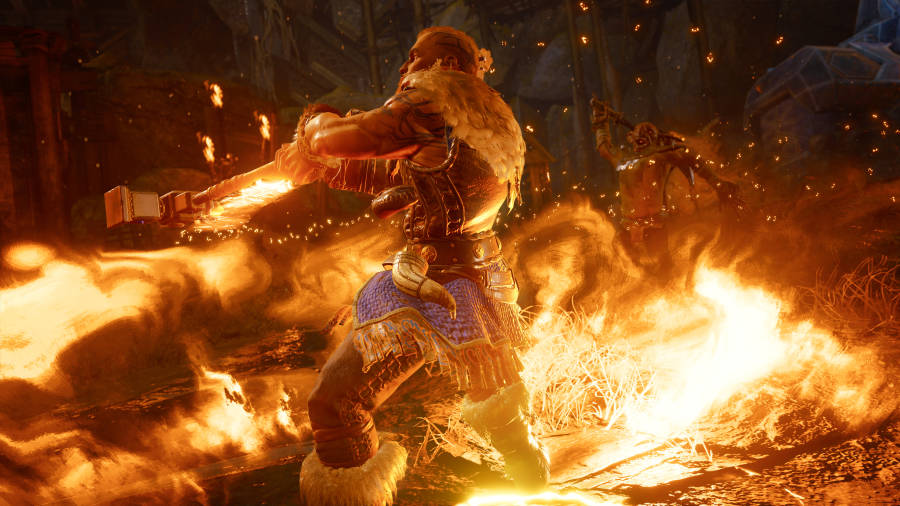 One important thing to know is that all the loot you find and experience you earn from completing optional quests won’t be distributed until you complete a mission. That means all that sweet loot you find won’t be equippable until you reach the mission end screen. I should also mention not to put your system into sleep mode while connected to online servers and are in the middle of a mission because the game will boot you back to the hub camp, and you’ll lose all your progress.

When it comes to action, co-op games like Dark Alliance not only needs to be fun but engaging. Thankfully the team here have delivered on both fronts. Between four different classes, everyone should be able to find their favourite character. I myself mostly played through the game with the Barbarian and his hammer.

There are plenty of abilities to utilize and combos to mix and match, which keeps fighting fresh. I loved combining my moves and seeing the destruction I could cause. However, you do have to worry about stamina as every attack drains your stamina bar. The various enemies each present a different challenge and force you to learn abilities you probably won’t ever think you’ll need right when you start off.

You can focus on powerful strikes all you want, but when you encounter an enemy with a shield who blocks your attacks and counterattacks you, you’ll quickly realize you will need to learn those guard breaking skills even if you have to use them on one specific enemy. There are plenty of encounters like this and its implementation kept the action exciting throughout the campaign. 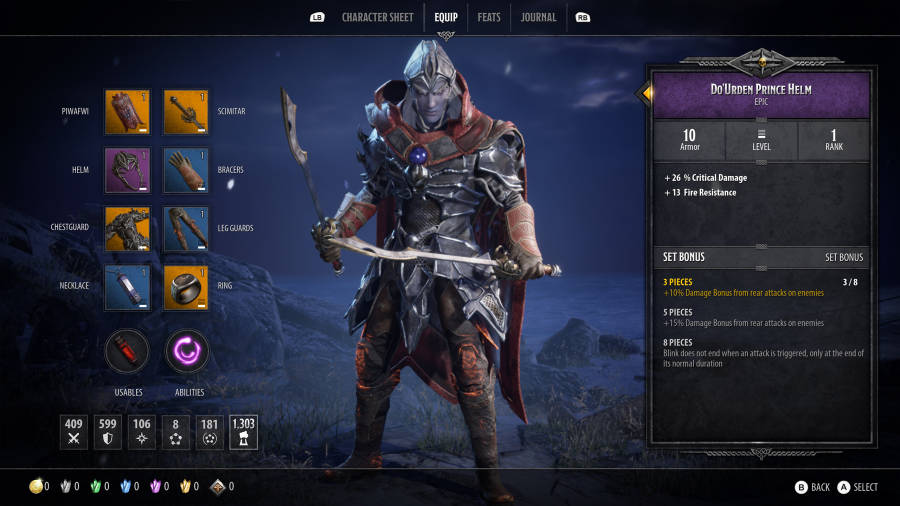 Those looking for a pure, authentic D&D experience won’t find it here. Since the story is based around four specific heroes, you won’t be making your own character. However, the game gives you the option to put attribute points into whatever stats you want. However, it’s pointless because each hero has a specific set of skills and abilities. that they use. For example, putting precise attribute points into Wisdom while playing as a Barbarian isn’t really worth your time or effort as the Barbarian doesn’t utilize any magic abilities.

As I’ve mentioned throughout the review, loot is the cornerstone of D&D, and it plays a pivotal role here. Like most loot games, you’ll acquire equipment from chest and enemy drops based on various rarity levels. Equipping the right gear not only makes you a stronger warrior, but it increases your gear level. Increasing your gear level allows you to challenge the higher difficulty level of missions you’ve already cleared; the higher the level, the more difficult the dungeon is, but the rewards are worth it with higher rarity loot drops and greater EXP rewards.

Dark Alliance is a very hit and miss title when it comes to visuals. From a distance, the architecture looks great, but the actual environment around you at ground level is quite bland. In fact, Dark Alliance doesn’t utilize any of the PS5’s power and feels more like it’s just a straight port of the PS4 version of the game. The worst thing I noticed are the flags in the environments. At first, I thought it was a design choice or the game’s type of art style, but I was wrong.

The flags look and move around as if they are running at 10 fps. It’s so noticeable that your eye will constantly lean towards it. On the other hand, the character models look great, and the animations are fantastic. The voice work is also top-notch, with great voice acting throughout. I loved just listening to the banter between goblins and various other foes as it pumps them full of personality. Some of them will even beg for their life before you strike them down.

The music here is also quite good and puts you in the mood for epic encounters, much like you heard in the Lord of the Rings movies, although I would say some of it is hard to hear through the constant smashing and slashing you’ll be doing. 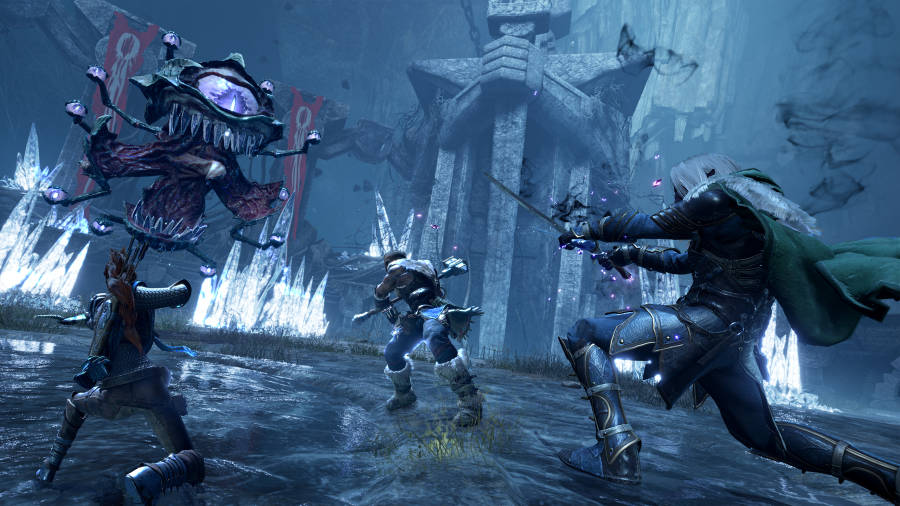 At A Budget Price, Dark Alliance Is A Must For Action Fantasy Fans

Dungeons & Dragons: Dark Alliance is just the type of game every generation needs. A fun, action-packed co-op hack and slasher that can keep you entertained and playing for hours either alone or with three of your friends. I had a blast with Dark Alliance’s loot system and exploration, even though it can get stale after a while, especially when you don’t get the drops you’re looking for.

Dark Alliance isn’t a perfect game by any means, but with a budget price of $40, for anyone who loves hack-and-slash action RPGs, especially those in a dark fantasy setting, Dark Alliance is a no brainer for you.

Dark Alliance is the type of game for people looking to blow off steam with their friends. It's such an exploration ride that I just wanted to keep playing it all day long. The fun combat and loot system kept me coming back even if it is a shame the story set in the D&D universe written by a prolific writer fails to live up to its potential. It's also baffling that almost no love was given to the game on the PS5 to utilize its power or even the DualSense controller. At $40 though almost all of its flaws can be overlooked for just plain old fun.