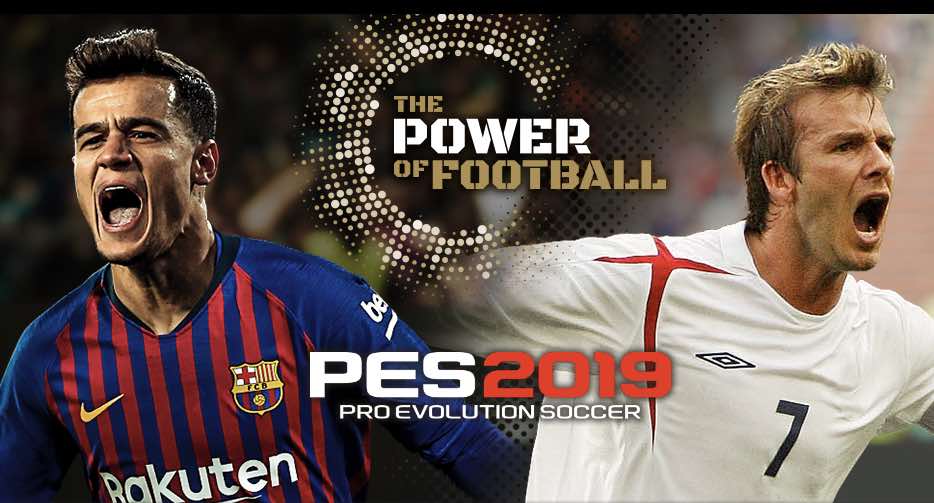 The name change for the latest in Konami’s Pro Evolution Soccer series was slightly worrying because it appears to show a push towards a more online-centric iteration of the game, but that would also be a good thing if it meant the series’ ongoing online issues were put to bed thanks to a renewed focus. Both my worry and my hopes didn’t quite end up fulfilled with eFootball PES 2020.

A Story Of Incremental Improvements On And Off The Pitch

While there’s is slightly more impetus with the online experience, there’s also improvements and refinements to offline, including the eternal time sink that is Master League, but there’s really no full commitment to going one way or the other with any fresh confidence. As ever, it seems PES’ gameplay, the only thing that seems to get a consistently decent overhaul, will have to be the crutch the rest of it leans on.

Luckily, eFootball PES 2020 has changed for the better in that department. The football is not without its unfortunate quirks (please let me select that player a bit quicker, and why are you not running into obvious space?), but this year’s decision to slow down play a bit and add some much-needed physicality is welcome. It’s much the same sort of shift we got way back between PES 4 and PES 5.

You have more control on the ball without having to rely on skills as much. Running at high speed and receiving the ball will now more likely see you lose control unless you’ve timed things right, and the defenders are better-equipped to jostle the attacker and nick the ball whilst being in more danger of getting left for dust by a good pass. The ball ends up flicking off players more organically now, which leads to chances being created by all kinds of mistakes and in turn, all sorts of defensive heroics to counter that.

With players bouncing off each other more realistically, there’s naturally an upturn in niggling fouls, which can take some getting used to, but it does mean the opportunity to draw a foul is higher and true to life, is something of an art in itself. Gaining ground is tougher in 2020 so finding ways to draw fouls is a fresh and necessary tactical option.

Big name players have more of a personal identity to go alongside the physical change to the game, so playing as the likes of Ceballos, Sterling, and Maradona (one of many returning Legend players) can use their low centre of gravity and sublime control to open up spaces just as they should, whilst bigger, more shall we say, hands on types can clatter their way past defensive blockades and stifle attacking threats with raw power. It adds a bit of viable tactical variety to your in-game strategy.

Inconsistent Player A.I Lets The Side Down

The downside to these changes come from problems not addressed from previous versions (which you’ll soon discover, is a common theme for PES 2020’s issues). A.I. players are very much the Granit Xhaka of teammate A.I. in that they do as they should 90% of the time and help the game flow as it should, but there’s also the 10% where they forget to track back or run into space where it seems it should be obvious. Sure, they’re really good and dependable for the most part, but as is true of any football critique, people remember the occasional howlers more than the good parts.

The other recurring gripe is that when you try to switch between players in tight situations, the game can get a little confused about who should be selected. This, much like the occasional A.I. problem, can spell disaster and frustration. Again, I must stress this is not a gravely frequent issue, but it’s so very noticeable when it costs you a goal or a goalscoring opportunity. Combine those tow problems and it shines a very bright light on things that really needed to be fixed.

Away from the actual playing of the beautiful game, PES 2020 sees a visual upgrade in several departments. The FOX Engine continues to produce some absolute magic in terms of lighting and player likenesses. Even when PES has felt like it is punching above its weight in other departments the last few years, the game has been undeniably gorgeous throughout. Stadiums are breathtakingly recreated, with suitably electric atmosphere for teams like Manchester United, Celtic and Juventus when they play at their home ground.

Menus have received a paint job, simplifying the title screen in a genuinely pleasing manner, but otherwise it’s still very much reliant on the boxy setup we’ve seen in countless iterations of the series. I know we’d all prefer the budget mainly went into how the series plays, but just that bit more effort on creating something actually different for the menus and gameday presentation would be just as refreshing as changes to the football. On the upside, I do like the more minimalist matchday scoreboard UI when players score. It’s less of an ugly interruption now.

On the audio side of things, well…the soundtrack is okay, and as mentioned before, the stadium atmosphere is cracking, but the commentary is getting to be a running joke at this point. It’s simply not changed all that much for years and it wasn’t exactly great to begin with. A constant weakness in every PES has been the commentary, but at least it used to be different flavours of daft and rubbish. Now we get the same lines regurgitated year on year, and earlier and earlier I find myself heading to the options to mute it.

Though Eminently Playable A Lack Of Ambition Casts A Shadow

There’s not exactly a huge upheaval or improvement in modes either. Master League, a mode I’ve put 300 hours a year into for well over a decade now, is a timeless and ever-engrossing mode, but it needs something to make it feel fresh at this stage.

So Konami has decided to put more focus on your manager character, showing them interacting with media, players, staff, and the board as the season goes on. It’s not exactly a new feature as some earlier PES titles also had a go at this, but it is the best version of it yet, even if it does get a tad repetitive after a while. Still, it adds something different to a mode I’m going to spend a large amount of my time on, so it’s welcome.

Elsewhere there’s the Become a Legend mode, where you take on the role of one player and rise up the ranks to become the next Lionel Messi/Nicklas Bendtner. Personally I’ve found this to be a pretty dull mode in recent years, but the more physical game and allowance for more styles to thrive has made it a bit more interesting in PES 2020.

Then there is MyClub, PES’ answer to the online fantasy team juggernaut that is FIFA Ultimate Team. Here you can earn players by effectively opening a random blind bag rather than a pack of cards, but it is essentially the same kind of thing, with online cups, rankings, and challenges. A bonus of the improvements to gameplay is that there’s less duds in your early team-building, and you can make a good team from okay players, which is handy considering you’ll come up against countless folk who’ve bought their way to a superstar team in mere days.

Last year, facing such a side with anything below it in quality terms was almost depressingly going to be an exercise in frustration, but I opened my account two days after launch by hammering a far superior side (on paper at least), by making the most of my team’s individual skills.

There’s other, non-MyClub online play of course, including the fun co-op, and a new Matchday Mode which gives players particular real-life fixtures each week and asks them to battle it out on behalf of one team or the other. Still nothing really new or inventive here despite the renewed focus on online play.

The online side actually suffers for having the game’s name focus on eFootball. Once again, old habits don’t so much die hard as strike a deal for immortality where the online infrastructure is concerned. Finding someone for a match in any of PES 2020’s various online modes still often takes far too long, and the connectivity is rarely solid, no matter how good it says both ends are.

That of course leads to dropping points and wasting contracts even when it isn’t your fault, and this has gone on for so long now that it’s getting less and less forgivable and ever more damning. Sure, the competition isn’t exactly saintly in this department, but even standing still, it’s leagues ahead.

I’m enjoying PES 2020 as much as I have any other year in recent memory, but the need for change that kickstarted the franchise into life again this generation has come around again as it draws to a close. Last time, Konami wisely took a year of experimentation with the oddball PES 2014 before making the leap to next gen. The same needs to happen again if PES is to remain in the hunt. The game itself plays the best football around, so maybe that should be refined next year and the other longstanding issues seriously addressed.

Sublime physical football with a tactical brain sees PES 2020 bring a successful gameplay refresh, but far more needs to be done about the list of problems that have been left untouched for much of this generation.