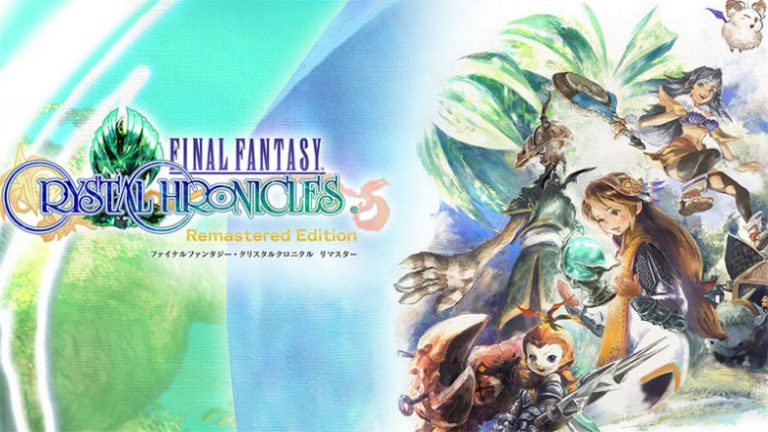 Final Fantasy: Crystal Chronicles is considered one of the better Final Fantasy spin-off titles. Originally released on the Nintendo GameCube, Crystal Chronicles was a huge investment for fans who wanted to fully utilize all of its mechanics. The key mechanic is a cooperative experience that required four very expensive controllers. Now 17 years later Square-Enix looks to recapture the magic that made the original such a stand out.

A Different Type of Story

Final Fantasy: Crystal Chronicles story isn’t like other Final Fantasy titles. The story sees your custom created character leave their home town on a caravan. The caravans travel across the world for numerous reason but the goal is to clear what is called the Miasma: A poisonous mist that has shrouded the world. Throughout the world lie special trees that when revived clear the Miasma from the region.

The story plays out in years. After clearing a region a year will pass and your character will read out of their diary about all the exciting things they witnessed in that year and give their opinions on certain subjects. This goes on for a long while and you’ll hear rumblings of things going on in the world that carry on through multiple years but the story really never goes anywhere for a long while. I’m talking at least a dozen or so hours.

On your quest to restore these trees you’ll run into various other caravans with their own groups with their own agenda, some good, others not so much. What made the original Crystal Chronicles so special is seeing you and your friends travel in the same caravan. Something that unfortunately is lacking in the remaster.

Joining Forces Has Never Been Such A Chore

Crystal Chronicles at its heart is a co-op adventure. It reaches out for you to invite your friends and adventure together. Unfortunately, teaming up with your friends is quite the chore. Relaying on some very dated tools, playing with your friends can be a frustrating endeavor.

First off, Crystal Chronicles: Remastered Edition doesn’t support any couch co-op. Online multiplayer is your only option. First, you must find your 30-minute number code. Your friends won’t receive this code so you’ll just have to tell them by some other means. Then they have to go into the game and put in the code just to follow you. They then have to tell you their code so you can follow them.

You’ll only be following each other at first. You won’t be friends until you actually go into a dungeon together which at that point the game will designate you as friends. So make sure you actually do a mission with them otherwise you’ll have to do the process all over again.

Once you actually clear a dungeon you have to disband the team and join up again to try a different dungeon together. What makes matters worse is only the person hosting the game makes story progress. So essentially, you have to play each dungeon at least four times back to back so that everyone makes progress, that is if you’re playing with four friends.

Crystal Chronicles is essentially a massive escort quest. Each dungeon is full of miasma so you have to carry around a small pot that carries a special liquid that keeps it at bay. While in dungeons this pot creates a safe zone for you to battle in and pick up items. If a player leaves this safe zone they take damage from the poisonous miasma.

When playing solo, a Moogle will accompany you to help carry the pot around, but for those on a co-op adventure that job falls to you and your teammates. One person will always have to carry the pot around to progress. Thankfully they can always put it down do participate in battle but then it means that everyone will have to fight in one specific safe area.

This mechanic isn’t as bad as it sounds but becomes a problem in boss fights as bosses move around quite a lot and have attacks that cover a large area making the attack impossible to avoid unless someone is constantly moving the pot around.

The games action combat is also quite enjoyable but simple. Depending on the race and job you select your character utilizes different weapons but combat never really changes based on your weapon. You won’t be able to switch weapons with your created class but you can easily create a new character to constantly switch between missions. What holds combat back is constantly having to switch between actions.

Pressing L1 or R1 will cycle between different magic and items you can use. What’s annoying is having to switch actions just to defend an attack. Why couldn’t I just use one of the three face buttons that aren’t utilized in combat? Instead, I had to focus all my efforts into simply timely running away from attacks because switching to defense and then having to press a button to block or dodge just takes too much time.

The game also goes through some serious difficulty spikes. One boss will be super difficult to defeat while the next two won’t take much effort at all. Magic also makes a big difference in combat. Primary the Cure spell. Magic isn’t something that you learn, it’s dropped by defeated monsters that you can equip on your character but only for use in that specific dungeon.

Cure either makes a dungeon easy or impossibly hard. Depending on when and if it drops for you early on in a dungeon which adds to the frustrating difficulty spikes. Magic can also be fused to create a more powerful spell that doesn’t really make sense. Combining Fire and Blizzard for some reason gives you Gravity as a magic spell.

You can also combine magic spells together with your teammates. When two players cast a magic spell together they can overlap the magic marker that appears on the ground for targeting purposes to create a more powerful spell such as Fiara

Dungeons are full of items called artifacts. These artifacts are used to increase your character’s stats or even acquire Rings of Magic that allow you to start a dungeon with a specific magic spell. Once you finish a dungeon you’ll be able to select one artifact as your reward. Dungeons will also drop blueprints to be able to craft new armor and weapons, along with crafting equipment.

Music is decent but shot. A lot of the tracks repeat tunes rather quickly which can be quite annoying. Graphically, the character models received a nice upgrade in the remaster but the environments could have used just a little more love.

Final Fantasy: Crystal Chronicles: Remastered Edition lost a lot of what made the original such a charming title. Being able to travel through an entire game with your friends was a unique experience. In the Remastered Edition, it feels more like you’re traveling with mercenaries. It’s a shame that the game lost a lot of its identity. This shows that sometimes new mechanics just don’t mix well with mechanics designed over 15 years ago.

It's not the worst remaster but Final Fantasy: Crystal Chronicles should have been a great remaster but Square just didn't do enough to make the game feel like it belongs in this day and age. Co-op is a chore to even get started and having no couch co-op to play with your family takes away the identity of Crystal Chronicles and what made it such a stand out - traveling and exploring as a family.