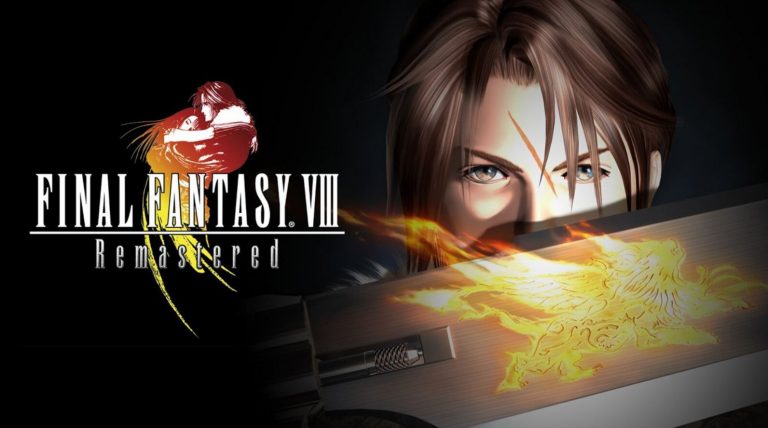 Final Fantasy VIII has always been a divisive title. The notoriously intricate plot, angsty teenage protagonist, and experimental approach to character progression jar with certain sections of the series’ vociferous fanbase. For others, however, it sits comfortably alongside Final Fantasy VI, VII, and IX as one of the best games Square Enix has ever produced. Full disclosure, I very much belong to this latter category. Regardless, with Final Fantasy VIII Remastered releasing tomorrow on PS4, this particular debate is sure to be reignited in all its intensity.

A Complex Yet Fascinating Tale of War, Love, and Loss

Following a visually stunning opening FMV cutscene during which we’re introduced to brooding protagonist Squall Leonhart, Final Fantasy VIII begins within the opulent surroundings of Balamb Garden, a high-tech military academy that specializes in producing an elite class of warriors for its SeeD program. We won’t go into the purpose of SeeD (or Squall’s role within it) here, in order to avoid spoilers. Suffice it to say that, from this point on, players are treated to an elaborate, yet utterly engrossing story that, at the highest level, explores a broad range of themes: from love and war, to memory, identity, and loss.

Its skillful approach to these concepts produces something wholly unique in a genre that rests on its laurels all too often. This approach then blends with traditional fantasy elements and those more commonly seen in the science fiction genre (space age technology, time travel, and the mutability of human consciousness). Admittedly, it isn’t the most coherent plot in video game history.

People don’t dedicate entire websites to alternative theories if the scripting is as watertight as a Jane Austen novel. Nevertheless, much like a story crafted by Hideo Kojima or Tetsuya Nomura, players can’t help but become completely absorbed in the events and characters they experience over the course of their 50+ hour adventure.

Holding Final Fantasy VIII’s extravagant plot together, meanwhile, is a group of characters who often come in for a fair amount of criticism. Although much of this is unjust. True, the six individuals that make up the game’s main cast aren’t presented in the best light during the first couple of hours. Zell’s enthusiasm can be rather trying, for example, as can Selphie’s jarringly immature reaction to her surroundings.

Likewise, Squall’s angsty teenage brooding complete with liberal uses of the word ‘whatever’ makes it difficult to relate to him initially. But it doesn’t take long for Squall and his fellow SeeD members to break the shackles of these personas and develop into the kind of fascinating, three-dimensional characters players have come to expect from a Final Fantasy game.

Supporting them is the usual procession of colourful NPCs, ranging from comic relief antagonists, like bumbling Galbadian soldiers Biggs and Wedge, to the enigmatic figure of Ellone. And a collection of villains that, as interesting as they are as individuals, stand out for the way in which they’re gradually introduced to the wider story. The identity of the game’s big bad is cleverly concealed from the player for a significant portion of the game, building the sense of mystery whilst also providing a refreshingly unique take on the typical hero/villain dynamic.

When I first played Final Fantasy VIII as a snot-nosed 10-year-old back in 1999, the game’s various interconnected systems left me completely baffled. So much so, in fact, that my first playthrough came to an abrupt end roughly halfway through disc three, when it became abundantly clear my party simply wasn’t capable of progressing any further.

Looking back on it now, I’m not sure why I struggled so much. I was well-versed in the art of turn-based combat even by that stage of my young life; moreover, with no complicated gear system to worry about, with armour and accessories are entirely absent from Final Fantasy VIII and very few weapon choices. Enemies also scale to the current level of my party, so there aren’t any major hurdles for new players to overcome.

Indeed, although the game’s Junctioning system – a unique take on character progression that emphasizes strategy over raw power – is certainly more complex than similar systems in Final Fantasy VI or IX, it isn’t actually that difficult to master. On the contrary, it’s a perfectly balanced mechanic that grants players a level of tactical control over their party that Square Enix hasn’t been able to better in the two decades since.

The way it works is like this: As characters progress through the game, they acquire magic – either by ‘drawing’ (read forcibly taking) individual copies of spells from monsters or ‘refining’ the items that correspond to specific spells. Poison powder can be turned into the Bio spell, for example. A total of 100 copies of a particular spell can be held by a single character at any one time and, when these are equipped or ‘Junctioned’ to certain attributes (HP, magic defence, strength etc.), they give the stat in question a substantial boost in power.

In other words, to defeat the strongest enemies, players need to have the correct spells Junctioned to the appropriate attributes (cure to HP, shell to magic defence). This forces the player to think carefully before initiating any major encounter, whilst simultaneously giving them complete freedom over their party selection. Unlike many previous Final Fantasy games, players are compelled to use a very specific configuration of characters to maximize their chances of success; there’s no way I’d have persisted with Hope in Final Fantasy XIII if he wasn’t the game’s premiere healer (Not sure if this really adds much with how it’s presented)..

However, to gain the ability to Junction magic in the first place, party members must obtain and equip Guardian Forces. Known as GFs for short, Guardian Forces are Final Fantasy VIII’s version of summons. Operating in a vaguely similar way to the Aeons of Final Fantasy X, each GF learns a diverse range of abilities over the course of the adventure; some of which (like HP J and Elemental Defence J) enable party members to augment their base attributes.

This isn’t an arbitrary measure to differentiate VIII’s battle system from the rest, however. Instead, it ties into the close relationship between GFs, magic, and the characters themselves that lies at the heart of Final Fantasy VIII. The overarching significance of these powerful, semi-divine entities is hinted at throughout – couching their existence in narrative terms that fit neatly into the wider story, giving them a role beyond that of flamboyant super-weapon.

A New Coat of Paint

Anyone who’s played Final Fantasy VIII before will, by this point, have realized that the DNA of the remaster is almost indistinguishable from the original as far as story, setting, and mechanics are concerned. The only noticeable changes in this regards are the addition of trophies and Battle Assist. The same can’t be said of the game’s graphics, which look noticeably different from the original – and not always in a good way.

In terms of character models, Square Enix has done a commendable job of sharpening up the textures, adding a much-needed touch of personality. Clearly, they’re not as expressive or convincing as their modern-day counterparts, but it would be unfair to judge Final Fantasy VIII Remastered against the likes of Uncharted 4 or The Witcher 3.

There’s not too much to say about the game’s cutscenes. They can’t compete with modern FMV sequences, yet they possess a degree of charm and spectacle that few of its contemporaries could hope to match. Final Fantasy VIII Remastered pre-rendered backgrounds, on the other hand are, if anything, slightly worse than the original. They’re not quite as jarring or ugly as some suggested after the first gameplay footage and comparison screenshots were revealed, I hasten to add. Nevertheless, it’s true that they look blurry and indistinct in contrast to the character models.

Fortunately, the effect these graphical hiccups have on the world as a whole is negligible. The simple act of exploring the game’s deceptively vast open world setting is every bit as enticing and rewarding as it was back in 1999. Completing the ensemble is a superb soundtrack chock full of enchanting pieces composed by the legendary Nobuo Uematsu. Liberi Fatali, The Extreme, Eyes On Me, Force Your Way — Final Fantasy VIII stands shoulder-to-shoulder with the very best the medium has to offer, firmly establishing itself as one of the finest video game soundtracks ever committed to disc.

To But or Not to Buy?

Notwithstanding my own personal bias, I’d urge anyone who enjoys traditional, turn-based JRPGs to give Final Fantasy VIII Remastered a go. Few games, past or present, boast such an impressive array of features. From the evocative science-fantasy setting that embraces the experimental nature of Final Fantasy in the mid-90s/early 2000s, to the slick combat, enviable level of mechanical depth, and resoundingly brilliant soundtrack, there truly is something for everyone.

And, if that isn’t enough to sway you, Triple Triad – pound-for-pound the best minigame in history – is worth the entrance fee alone.

Final Fantasy VIII Remastered was developed and published by Square Enix, who kindly provided us with our review code

Final Fantasy VIII Remastered is nothing more or less than a must buy. The graphical updates aren’t perfect, but the story, setting, and soundtrack remain as enchanting as ever. More importantly, Final Fantasy VIII Remastered’s watertight combat mechanics and progression system still feel as revolutionary now as they did back in 1999; pushing the limits of the traditional JRPG to produce something that manages to feel wholly unique within an ever crowded genre.