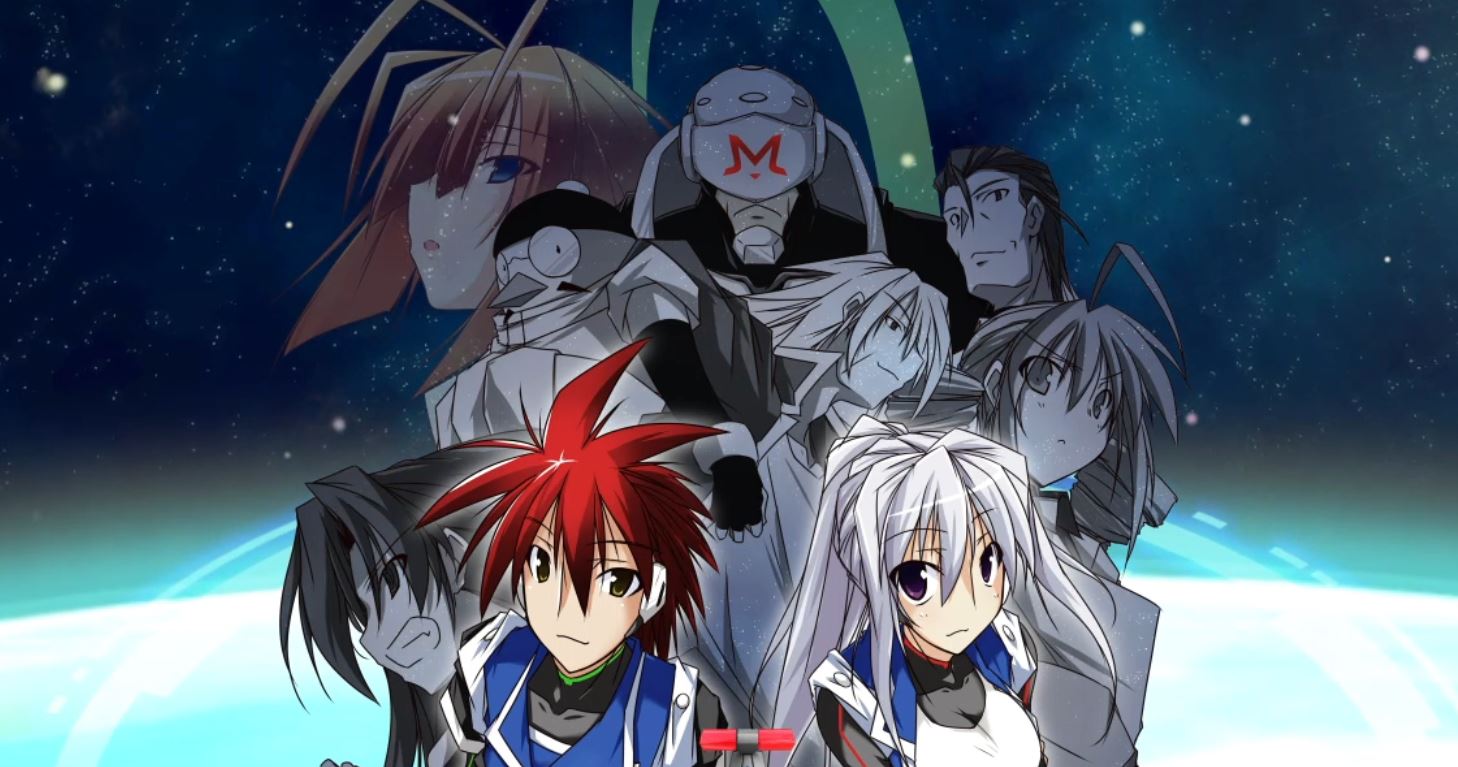 Ginga Force PS4 Review – Whenever a top-down shooter crosses my path, curiosity always hits me. Since I was young, I’ve always loved me a good schmup for a little R&R. Whether they’re disappointing, engrossing, or somewhere in the middle, I always want to check them out. Ginga Force fell into my lap last week out of the blue, and I’m so glad it did.

The presentation has a lot going for it, especially with a game like this. More often than not, all of the projectiles, collectibles, enemies, and power-ups have similar colors and visual textures, but Ginga Force does a wonderful job of differentiating everything.

This game almost demands that you focus solely on where your ship is rather than where enemies are, as there can be that much going on on-screen, especially in later difficulties. Ginga Force puts you in a visual bottleneck, but the visual delivery of all moving parts makes it much easier for peripheral vision to compensate. 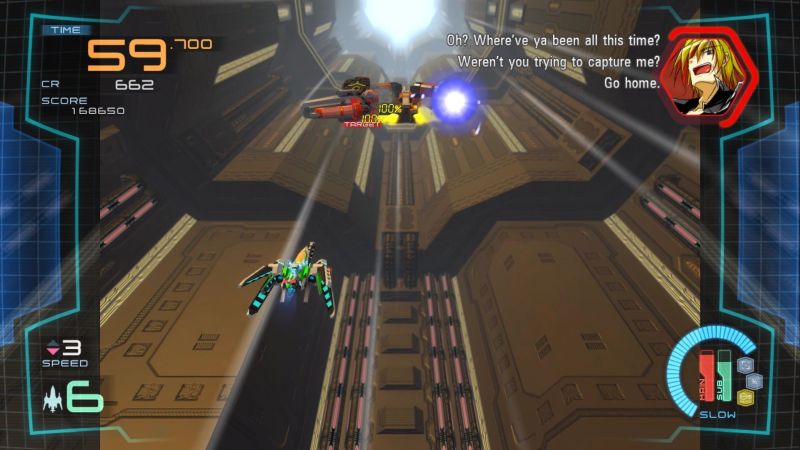 Once or so per level, Ginga Force attempts something of a cinematic camera angle. Sometimes, you get to fight while doing so. The camera shifts down to see more of what’s in front of your ship, and this allows for certain events to feel that much more exciting. For instance, in the first level, the target you chase barrels through cross traffic, resulting in vehicles flying at you.

To make things more interesting, your main weapon and sub-weapons all require energy. Using these weapons slowly depletes your energy coffers. As you defeat enemies, orbs appear that you must grab to refill your weapon gauges. Most of the time you have a boss on the screen, but you still have to destroy the random enemies in order to keep firing.

This doesn’t always affect you, but you’ll know immediately when your energy is gone. Knowing that I have to juggle the gauges while playing Ginga Force like a normal schmup kept me more focused than I normally would have been. Adding that kind of consequence without sacrificing the point of a top-down shooter is a smart move. The core gameplay stays the same, since destroying everything is the point in these games, but these gauges still keep you accountable for doing so.

Ginga Force consists of ten different story missions, each more challenging than the last. These missions also feature Easy, Normal, and Difficult modes for each of them to add to the replayability. Alongside Story Mode, there is an Arcade Mode that lets you take on all of the story missions with specified loadouts and difficulties. Scores from Arcade are then shared with a public leaderboard for the world to see.

The difficulty of Ginga Force goes hand-in-hand with how you can power up your ships. Currency is awarded for beating missions, and that currency can then go into buying upgrades at the Shop. Here, the forward-facing main gun, the versatile secondary gun, engine speed, passive benefits, and aesthetics can be changed with a little help from in-game money. 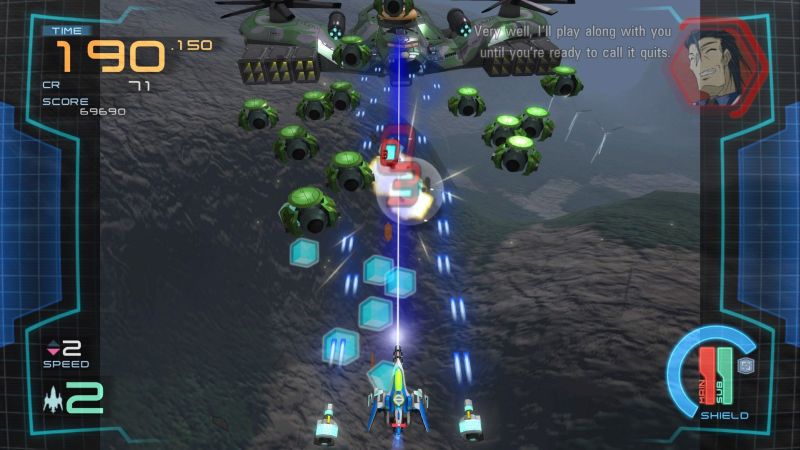 Attempting the harder difficulties right away is the kind of self-defeat you don’t need. Starting from the beginning and working your way up, buying upgrades as you go, helps you continue further and further into the game.

This does veer away from the more traditional top-down shooters like 1942, but it provides a healthy addition to the standard formula, all while adding organic schmup playability. Seeing these ten missions over and over isn’t the most ideal, but having different difficulty levels helps them feel a bit different.

I’ll precurse this part of the review by saying that the voice work is all in Japanese, subbed in English, and that is done quite well. However, almost immediately, after starting gameplay, the voice acting becomes an issue. This is due to the fact that all of the translated text is up in the right corner of the screen, and all of the action takes place at the bottom. I’m of two minds about this decision.

First the positive: I appreciate (probably more than I should) that the text isn’t placed over everything at the bottom of the screen. It’s already busy enough down there, and spatial awareness is executed too well in Ginga Force to have something like this flub it all up.

The negative: I have no idea what is happening in the story 95% of the time. With everything going on, Ginga Force also delivers dialogue between the characters involved in your missions and the targets you’re trying to defeat. From what I’ve been able to piece together, it all feels anime-campy, but in a silly way rather than begrudging. If I have to choose, I guess I’d rather have it as it is now, but it feels like such a waste to have all of that work put in the game just to have it intentionally put behind a screen of flash and flair. 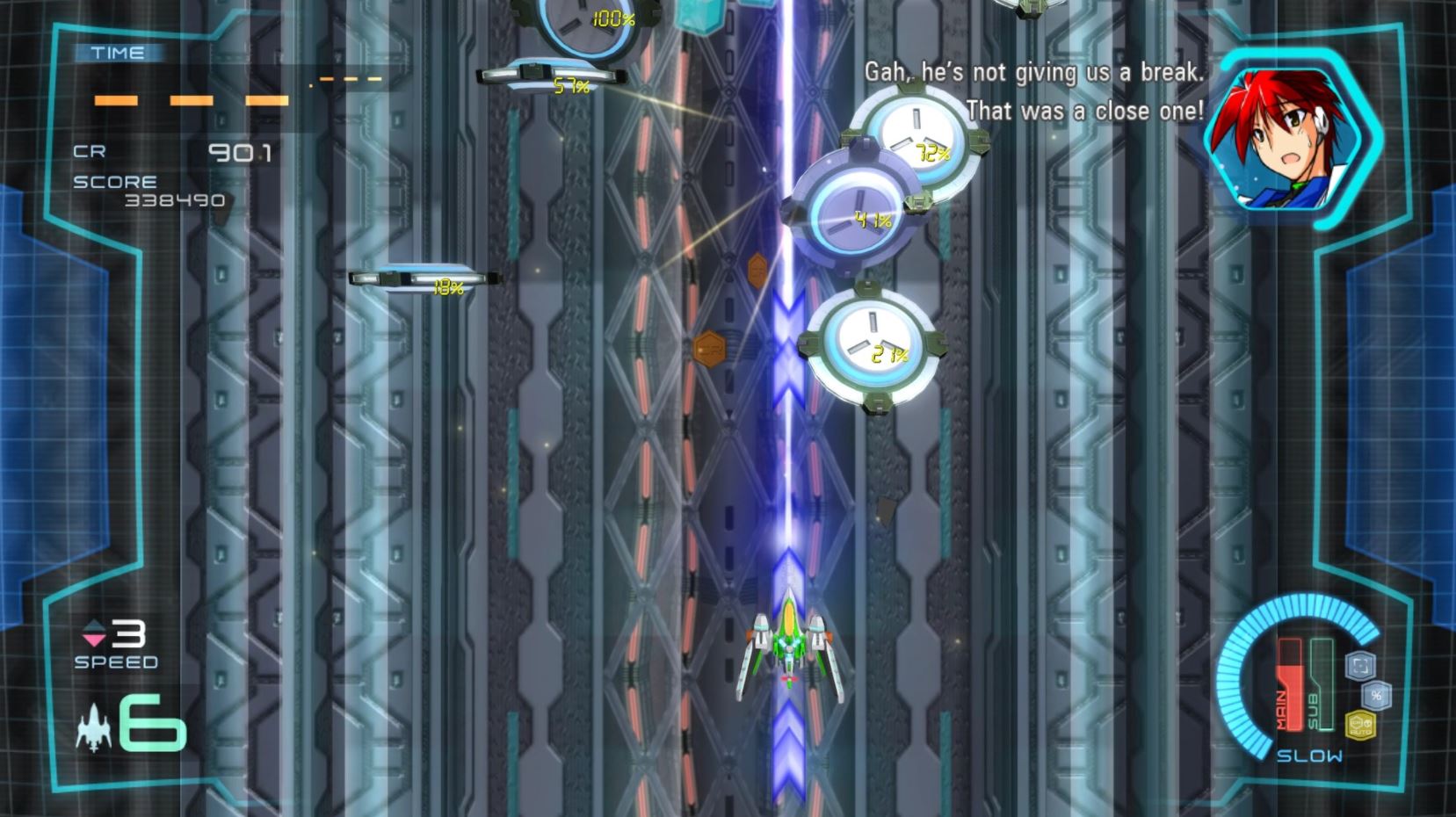 The only other negative I have is not having the option to set ship loadouts. With many of these missions throwing different enemy types at you in different patterns, being able to set loadouts for each level would make going back and forth between them less work. Changing weapons and perks isn’t time-consuming, but I’m not a big fan of having to take notes on my games strictly for loadouts.

Ginga Force is one of those games that comes out of the left field and does exactly what it needs to do, with just enough to make it feel fresh. Much of the schmup formula is unscathed here, but the energy consumption mechanic keeps it all feeling interesting. The execution of the limited narrative, lack of loadouts, and wasted voice work are long forgotten once you get into the heat of battle. Ginga Force is a must-buy for schmup fans of any kind!

Ginga Force is one of those shoot-em-ups that gives you exactly what you want all while giving just enough variety to the formula to keep things feeling fresh. A few choices along the way don't meet the mark, but nothing gets in the way of Ginga Force's fantastic gameplay.