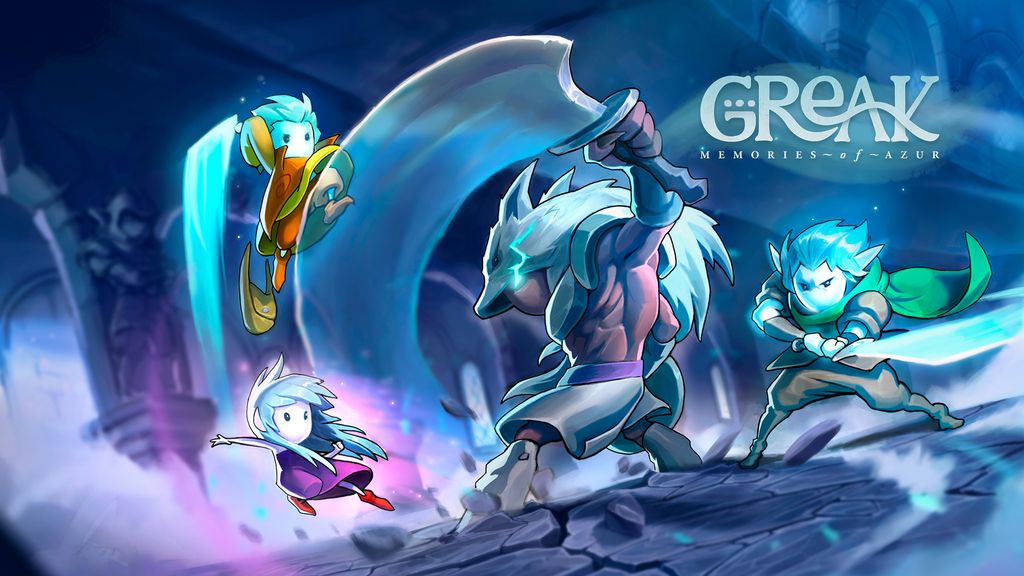 Greak: Memories Of Azur PS5 Review – From Team 17 comes one of the most delightfully enchanting Metroidvanias to date. First revealed over a year ago, Greek: Memories of Azur is a hand drawn 2D platforming adventure about the titular young boy searching for his siblings in a world blighted by monsters. The player simultaneously controls all three characters to solve puzzles and fight the invading Urlags.

Considering the complexity of the game mechanics, and the high production values, it is clear indie developers Navegante Entertainment had high ambitions for this title. However, despite excelling in some categories, the creative aspirations come with some compromises.

One thing that is undeniably great about Greak: Memories of Azur, is just how breathtakingly gorgeous it is. The hand drawn environments and character animations immerse you in what feels like a living picture book. Furthermore, the adventure is accompanied by a live orchestral score. No matter how bogged down with a puzzle you get, the aesthetic grip of the game keeps you captivated.

The individual character models are excellent. The NPC’s are recognisable and distinguishable, in that you really feel like you’re wandering around a town full of personalities. Equally the design of our protagonists are suitably cute and charming. Despite being unashamedly modelled on the obvious adventure story tropes of the “scout”, “mage”, and “warrior”, the heart they bring to the experience is more than enough to stand out as memorable platforming characters. 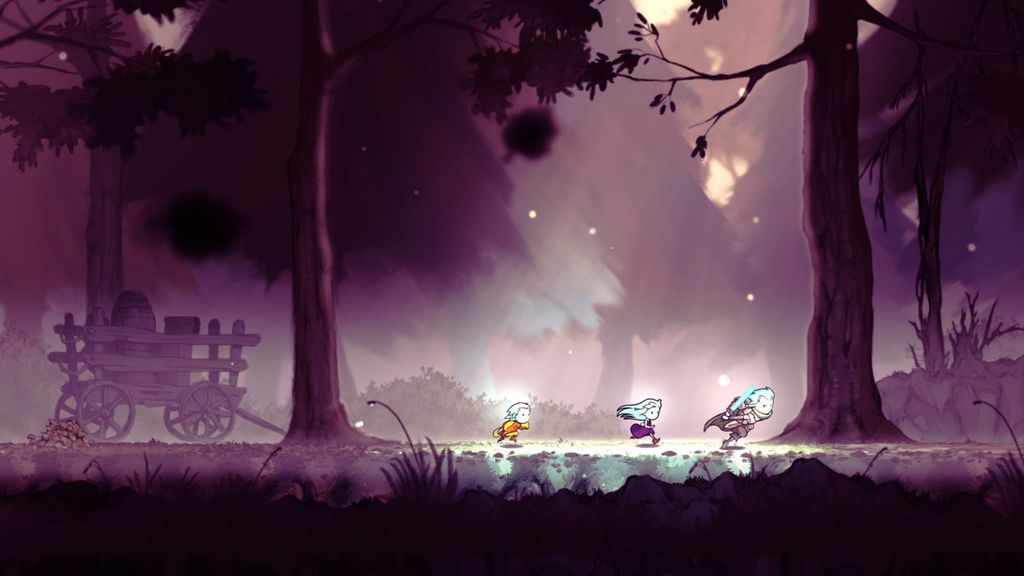 Get Them To The Greak

With the exception of the group control, the core mechanics of the gameplay are mostly quite standard. However, each character does have unique traits, and interact with the world differently. More importantly, all three of the protagonists are enjoyable to play. Greak is the smallest and most versatile of the trio, equipped with a sword and bow. Additionally he can uniquely fit into small tunnels. As the starting character, Great can also learn three new special moves early in the game. By acquiring these; an uppercut, ground slam and spin attack, Greak can pull off some satisfying combos at close range.

Adara works quite differently. The second character, and Greaks sister, is a mage that specialises at range. Her attacks require magic points, which replenish after a moment on deplete. Additionally her second jump, in contrast to Greak’s double jump, makes Adara hover. Unfortunately this also uses up magic points, and so she can be unreliable in tight spots. Adara probably shines the most for her diving abilities. Her ability to hold her breath far longer than break allows her access to different areas. Perhaps not the most exciting of quirks, but it’s there.

Raydel is probably the most interesting character to play as. He is a warrior type that wields a sword to greater effect than his little brother, Greak. Whereas Greak dodges around his enemies, Raydel can use a shield to protect himself as well as his siblings. Furthermore he uses a hook shot in place of a ranged attack, which allows him access to higher areas, as well as grab enemies. Raydel’s only real weakness is that he cannot swim whatsoever, and this limitation becomes key in how later puzzles are formed. 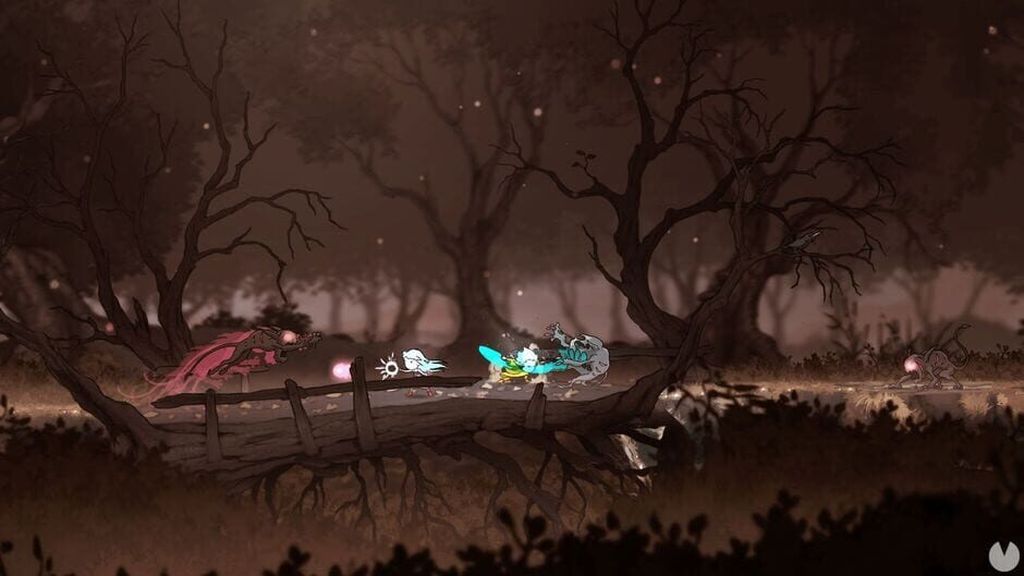 One of the unique selling points of the game is the ability to simultaneously control three characters at once. Although it can be occasionally exciting in battle, this is unfortunately one of the less enthusiasm inspiring parts of the game. Despite being fun to control individually, it can be a real pain to traverse and platform the trio all at once. The main reason is the difference in how the characters jump.

As Adara hovers instead of double jumping as the other two do, your formation continues to desynchronise as you proceed. Inevitably you either have to move them individually, or reset your grip to proceed. It can just be quite jarring as a repetitive occurrence.

Aside from all the genre typical functions, there are few Zelda-esque inclusions. The trio can find upgrades, buy consumables and sell rare goods. More notably, you can find culinary consumables that the game encourages you to mix in various cooking pots around the world. Despite being very cutesy to look at, the world can very unforgiving at times, and you’ll be glad to have a concocted jam jar at your disposal.

More Of A Chapter Than A Story

As eluded to previously, the story’s strength relies on its characters. Specifically, the endearing interactions between the main cast. In many ways, Greak: Memories of Azur feels set to be real classic with all of its artistry behind it. Unfortunately, the wider narrative doesn’t really do itself justice. 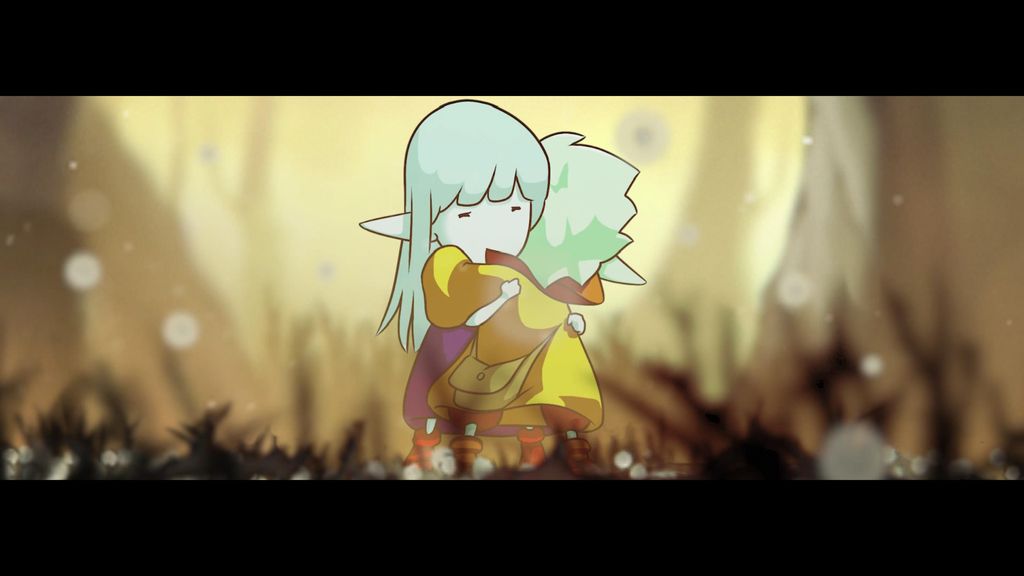 The basic plot is that Greak searches for his siblings before being able to escape the plague and pursuing Urlags. Various MacGuffins connect each section, and generally it just feels like a sequence of events, with some heart-warming animations to carry it. There’s no character development or a recognisable story structure. Indeed, it feels more like a prolonged prologue to a greater story arc, rather than a standalone tale.

As the game progresses, the game sufficiently invites more complexity to keep your interest going. The boss fights in particular, are nicely varied and compellingly challenging. A bit of trial and error is required to find the right strategy, and every defeat sends you back to your last save point. Saves are only available at certain checkpoints, and are completely manual, which can be punishing oversight for those who are overly accustomed to auto-saves.

Possibly the biggest shame about the game’s structure, is that so much of the most interesting gameplay opportunities come so late in the game. The best parts of the game are where you’ve acquired all 3 heroes, and must use their individual talents to overcome puzzles. Sadly that can only be said of the last couple of hours of this ten hour plus game. A lot of the puzzles that precede these closing hours simply didn’t inspire the same level of intrigue. 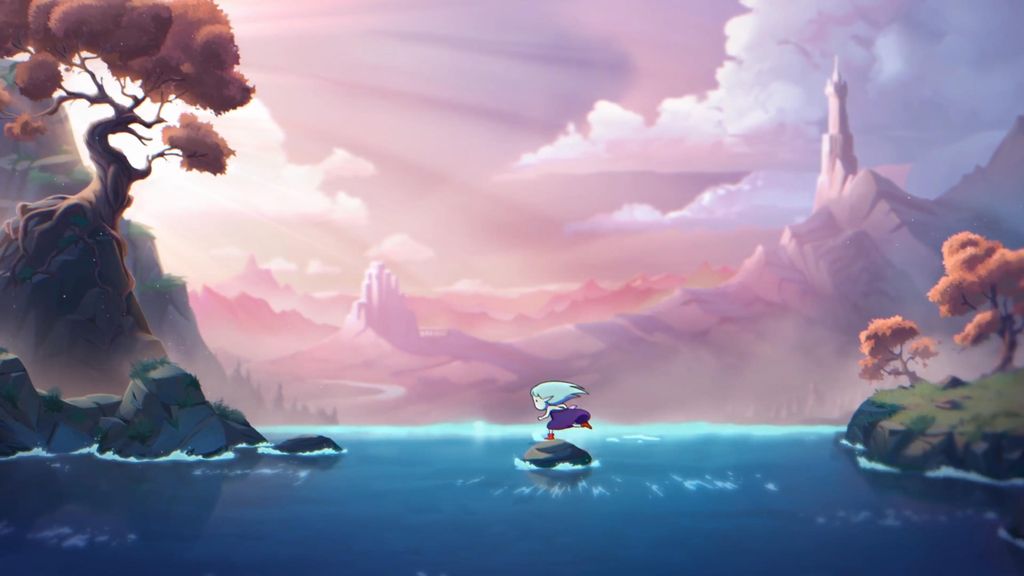 A Charming Platformer Mildly Held Back By A Few Shortcomings

By all accounts, Greak: Memories of Azur is a visual delight, and one of the most heart-warming Metroidvanias to date. The care put into creating the art style for the game is obvious, and its a game really worth experiencing for the aesthetic experience alone.

The game mechanics feel great and are mostly fun to use, its just not a complete home run. The simultaneous character control can be a blast in battles, but general manoeuvrability is a little testing. Surely it is essential that a 2D platformer should feel great to move around in.

Despite these shortcomings, when Greak: Memories Of Azur is at its best, it is an excellent and charming experience. It’s just a shame that those high points aren’t a bigger piece of the pie.

Greak: Memories of Azur is available August 17 on PS5.

Simply one of the most enchanting art-styles you'll experience on an indie game. The hand-drawn characters and backgrounds are magical in motion, and contribute to a potently heart-warming playthrough. Whereas the game's simultaneous character control, puzzles, and individual character skills can be highly enjoyable at the right moments, those moments sadly don't come enough to completely satisfy. Nevertheless, Greak: Azur is worth a go for the aesthetic charm alone, and has some great puzzles for fans of that inclination.