I have never considered myself to be a master at fighting games. Sure, I think i’m pretty good at Tekken, even going to the semi-finals before having to drop out in a tournament held here in my state. 2D fighters aren’t my strongest point, although I still enjoy dabbling in a bout of pixelated punch-ups from time to time. Speaking of 2D, Arc System Works is one of the only few companies that continue to push the envelope within this genre, and Guilty Gear Xrd -REVELATOR- just happens to be their best work yet.

An updated version of 2014’s Xrd -SIGN- Revelator continues the story of -SIGN- and brings with it a multitude of updates and additions from gameplay tweaks to additional characters. It also features one of the most important modes ever introduced in a 2D fighting game called Stylish mode. 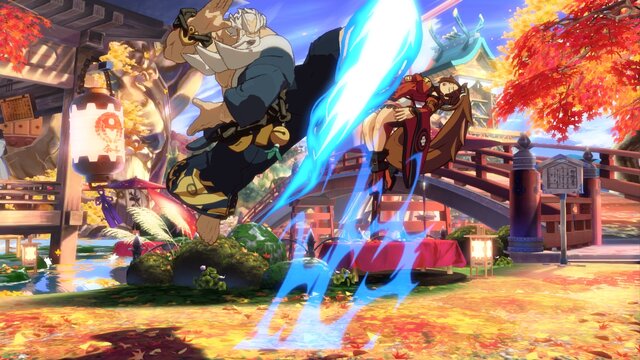 Long time fans of the Guilty Gear franchise will be happy to know that the sword-wielding cowboy Johnny and the fast striking chef martial artist Jam make their returns in -REVELATOR- along with a few brand new characters to the franchise. Jack-O fights with a magical pumpkin and is able to summon little adorable monsters to fight with her. Kum on the other hand is another powerful tank character who matches his damage with Potemkin. Another surprise character is Ravin. Those familiar with Ravin will know him as a man working from the shadows in the Guilty Gear story, manipulating events from both sides. It’s easy to say that with the roster of characters now exceeding twenty it should be easy for players to find one they love and can easily become accustomed to.

Besides the additional characters -REVELATOR- brings with it a host of extra modes and some returning ones. Sure you get your standard online, arcade, and training modes but all of them have been beefed up. Training is where newcomers will want to start first. -REVELATOR- introduces a great tutorial system that will teach you all the basic and advanced moves to pull of. The tutorials play out like mini-games where you face unique challenges, where Jack-O and her minions are your training partners, teaching you how and when to strike. Playing platforming mini-games teaching you how to jump and avoid attacks. It’s easily one of the best tutorials I have played in a fighting game.

Story mode is very different and a pleasant surprise. Playing the Episodes mode you will experience the prologue of each character leading up to the main story. You don’t have to play the episodes before diving into the story mode but it’s something I very much recommend that you do. The Story mode itself isn’t actually playable. It may seem weird to some but the game’s narrative is actually presented as if it was an anime movie. You watch the story unfold through the perspective of multiple characters much like an anime series would until their eventual meeting.

While this may seem a bit dull compared to other story modes in fighting games like Injustice: God Among Us and Mortal Kombat X, it’s still a nice change of pace. It also helps that you can save a take a break during chapter intervals. Mixing both anime and in-game graphics provided a visual treat especially for those who long for a Guilty Gear anime like myself. My only knock on this mode is the fact that the english subtitles move so fast that some slower readers will definitely have a hard time keeping up.

It’s also important to note that the story in -REVELATOR- will be hard to comprehend for players who are not familiar with its world and lore. While the game does include an encyclopedia of sorts about everything to do with the Guilty Gear universe, you still have to plough through story mode to unlock it.

Mission mode returns from -SIGN- along with a slew of unlockables. Here, you earn in-game money that you can use to go fishing—yes, fishing. Earning cash allows you go into the game’s new and refreshing lobby alone or online with other players with you’re cute and adorable avatar who looks a lot like the Amazon box mascot. Your avatar can be customized with items you acquire from fishing. Unlocks will range from avatar accessories to voice samples, art work, FMV movies, and color variations for each character. You can also buy the artwork from the gallery mode if you so choose. The online lobby allows you to see other players’ avatars as well as challenge anyone you want. In the lobby you can move around a swish garden with your avatar and interact with other players using emojis. The garden is also surrounded with Guilty Gear arcade machines. All you have to do is sit down by one and anyone who wants to fight you will sit on the one next to you. Once both players are ready the game loads you into the fight incredibly fast and without any lag to boot, which is great especially knowing all the issues most fighting games have with online play. Of course I got totally worked in every fight I was in but that’s okay because I still had a blast.

The best and most important addition to -REVELATOR- is the Stylish mode, which is my first experience with this type of offering. After selecting my character i’m givin the option to select Stylish mode, which essentially maps all of your special attacks to the R2 button. Simply pressing R2 and any direction will execute your special attacks, even your supers and your one hit kill ultimate attacks. This mode is a fantastic addition to help newcomers enjoy a 2D fighting game without having to learn all the button combinations needed to enjoy these types of games. 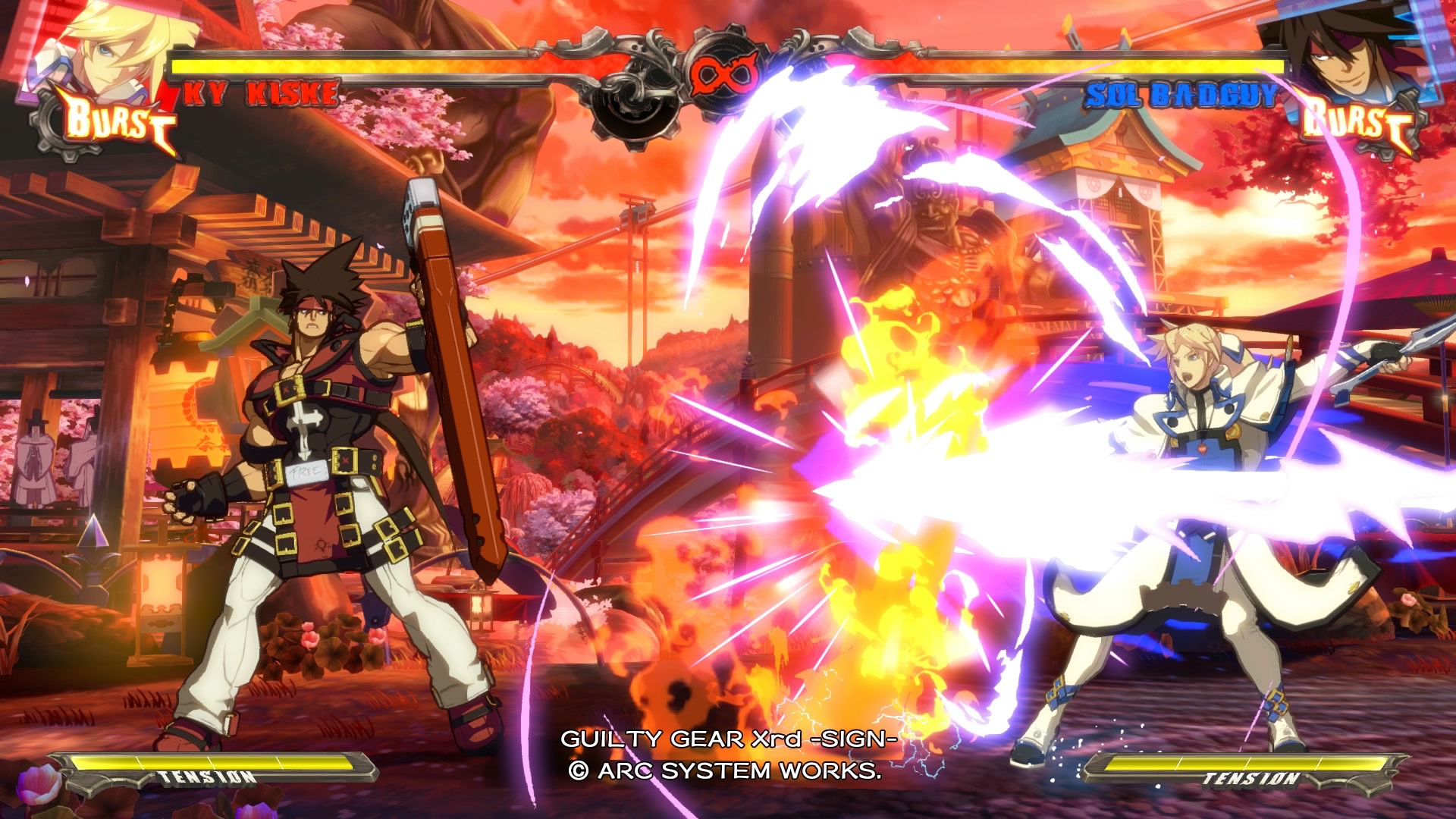 Guilty Gear’s fantastic characters and art design return. Characters animations are smooth and effects are vibrant and pop out exceptionally, while the game’s stages are full of life and pack a lot of detail into them. The most impressive aspect of the art design is how well it mixes 3D animations, such as the character intros before a fight and the awesome Super and Ultimate attacks with the standard 2D animations. It really is a wonder to see. I should also add the franchise’s signature rock music returns, with heavy metal tunes fitting perfectly into the game world, though might put off anyone who doesn’t have a penchant for this type of soundtrack.

Guilty Gear Xrd -REVELATOR- is easily the king of fighting games released up to this point, at least in this generation. It's not only accessible for new players but keeps the hardcore players satisfied as well. Arc System Works has outdone themselves with their fantastic art and animations. The additions of new and old characters are welcome to the already vast and unique lineup of fighters and it's awesome and daring story mode is what makes -REVELATOR- my favorite fighting game to come along this generation.