Outside, on the day the Hitman Summer Bonus Episode dropped into my heat-boiled lap, it is a scorching, stifling July, drenching me in a sickly sweat, and has left me a ludicrous summer cold. For this extra helping of assassination in exotic climes, I’m eternally grateful as it means I have a valid excuse to not go venturing out into the world’s biggest oven with my nostrils streaming more vile, unnecessary rubbish than a CSGO Lottery channel. To be honest, with the way Hitman 2016 has been going, I’d probably excuse myself from lots of things if it meant another opportunity to dive back into the shady world of paid-for murder done by a dourly charming bald clone. The game’s promotion may have been muddled from the start, but there’s no denying the captivating quality of IO Interactive’s macabre dance of death once you play it. It’s been Agent 47 back to his overblown and grisly best. 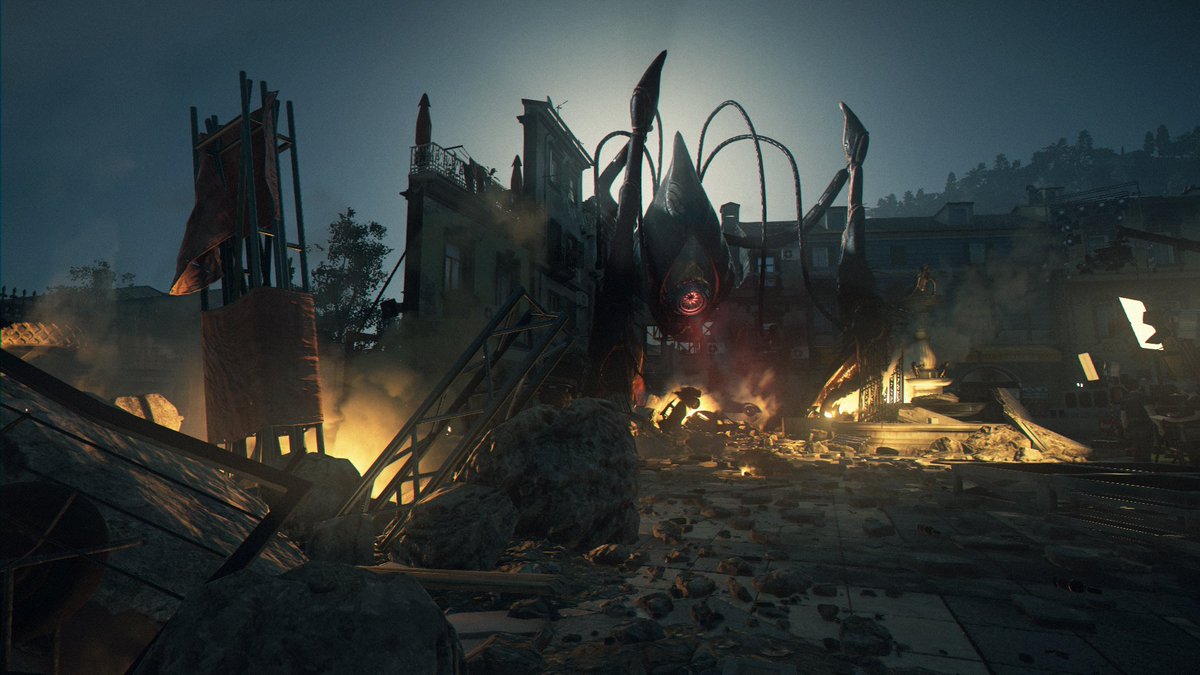 This pair of bonus missions takes two existing locations from the game, namely the glorious Sapienza and the ‘good, but it’s no Sapienza’ Marrakesh, and remixes them significantly with brand new hits and situations you won’t find in the main episodes. Both missions take place in a time before their appearances in the main story, giving IO Interactive free reign to add and subtract elements and areas from the maps.

We’ll start with Marrakesh first, on the mission called ‘A House Built on Sand’. The key differences from the main game’s hits on a slimy banker and an army hardass are manyfold. Set at night (as is the Sapienza mission) years before the events of the main story, Agent 47 finds himself tasked with a pair of hits that aren’t about the civil unrest in the area; in fact, this Marrakesh is a far more peaceful one, with a limited military presence and a relaxed atmosphere. This means you have no need to visit certain areas such as the consulate, so they get blocked off, refocusing the level on what this hit needs.

Your targets are a double-dealing swine out to screw over his employers by leaking valuable information and in turn the man he’s giving said information to. You begin the mission trailing the sneaky informant and learning where the meeting is going to be held, somewhere among Marrakesh’s rooftops is all you have to go on otherwise. From here you’ll have a nice array of opportunities to discover in your quest to bump off both men in a way that doesn’t leave half of Morocco chasing you Benny Hill-style because you threw a crowbar into the face of a shifty businessman during happy hour at the Shisha bar. His fault to be fair, he wouldn’t do the decent thing and get poisoned.

I have to say, I was expecting something ‘less’ with this Marrakesh mission, but turns out this remix makes better use of the level than the main mission did (which was no slouch). This is mainly down to how comfortably Hitman the mission feels next to the setting. This is much more like the exotic debauchery that served Paris and Sapienza so well. In the original hits’ setup in Marrakesh, the tone was very stony-faced serious when compared to all that preceded it. It made for a welcome change of pace, but one that maybe came a little too soon after Sapienza got so much so right in terms of balancing the bleak with the comedic. The switch to night, and relaxing of military personnel, is key to changing that tone from one fraught with knife edge tension in the air to a sleek, brightly-lit carnival atmosphere similar to the infamous Mardis Gras mission from Hitman Blood Money (if not quite as good). You still get a sense of the impending troubles, but it’s an interesting snapshot of a place before unrest tore it to pieces. The options for death-dealing are pretty fun too, and even though most are still fairly familiar to long-term fans, there’s still the odd moment to make you chuckle at something so darkly comical you’d be sectioned for even raising a wry smile to it in real life.

On to the return (or flashback) to Sapienza then for the mission titled ‘The Icon,’ and it’s fair to say that of the two reconstituted areas, the fictitious Italian town by the sea is the one with the most added spice. In more ways than just the set dressing.

In an amusingly different twist from previous targets, the hit here isn’t involved in scandalous international secret peddling or bioweaponry, no: You’re here to put the washed up director/actor from a comic book movie filming out of commision with extreme prejudice to save the studio from his egomaniacal overspending. It’s a deliciously cynical, and quite obviously very tongue-in-cheek, dig at the cutthroat nature of the movie business. The effect of this plotline is to see Sapienza under the light of the moon, and besieged by the regimented chaos of the movie set that occupies the town square. A monstrous alien structure looms over the normally sleepy looking square, your target repeatedly does takes in his bulletproof costume, blowing up at anyone in spitting range for their perceived faults as human beings. That bulletproof shell means he’s not going to be easy to knock off, but Sapienza still holds plenty of dastardly ways to get your target on the remembrance list at the next Oscars. Explosions, sharp metal, flames, poison, and more await this delusional grump of a performer, you just have to ensure that the leading man doesn’t make the final cut too late.

Of course, this pales in comparison to our previous trip to Sapienza. It had a hard act to follow, but that does not mean this is a slur on it. In fact it’s a well made mix. You could complain that the map is cordoned off quite substantially, with no access to the seaside and villa areas, but just as with the Marrakesh mission, the changes in layout work to focus you on both your task and the options you have for it. Both missions are probably the closest to traditional Hitman levels that this version has in terms of scale. Marrakesh is still sprawling, but it bottlenecks you down certain paths for the betterment of your experience. It’s not often you can say a game taking things away makes for a positive, but the exceptional design work on show here is one such occasion.

It’s a shame that this bonus episode won’t escape the ongoing criticism over the way Hitman has been presented and packaged. I’ve gone on so much before about how this system works perfectly for Hitman, and that it actively encourages you to experiment and discover, but the lack of conversation regarding the plan on this episode for consumers who had been buying episode by episode has caused more controversy for a game that should really be the focus of praise for what it does right by now. This is a fine addition to the Hitman 2016 package. Even while using existing game locations again, IO found a way to make it feel as much a new and fresh part of the series as the rest of it.

A welcome addition to an already strong series, Hitman delivers once again with two fresh hits that put interesting spins on existing levels.