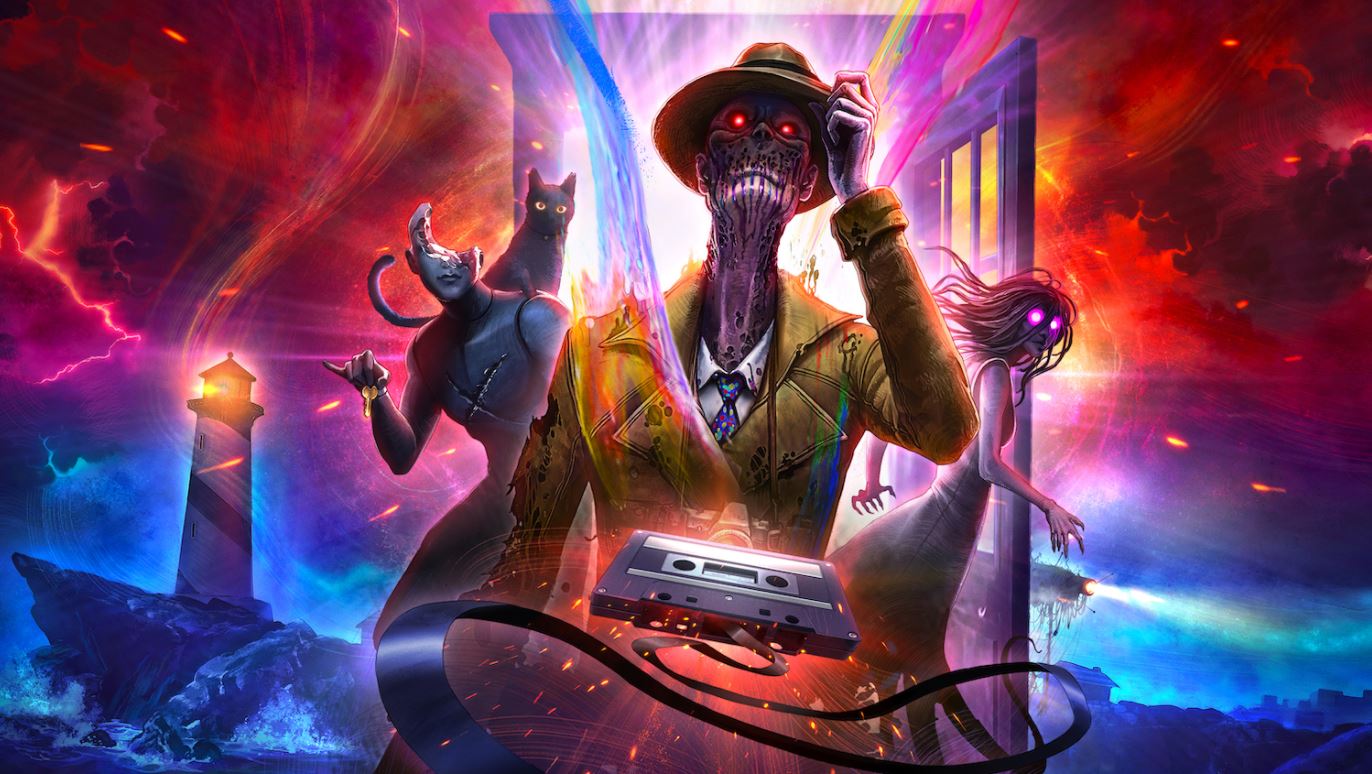 In Sound Mind PS5 Review – I seek out horror in all forms of media, and video games are no exception. The high pedestal on which I place Haunting Grounds and Silent Hill on still remains to be supplanted, though that isn’t to say they don’t face some stiff competition, Song of Horror being just one example.

We Create Games enters the fray with In Sound Mind, pouring some cynical humor into the horror mix. And, while it overuses several of its good ideas, In Sound Mind still deserves props for a valiant effort.

The Doctor Is In

Psychological therapist Desmond Wales awakens in an unknown, rundown building, surrounded by a dilapidated settling. Soon after getting his bearings, he finds that a couple of his former patients share some sort of link with a nameless villain who looks like a Dick Tracy Thinman. To find the link, he must dive into his patients’ minds and pull them back from the void and piece together what he finds.

In Sound Mind features an immediate strength of creating unease in the player. As you progress, random shadows or creatures or even the mysterious thinman himself make subtle appearances without the game showcasing them as jumpscares. The resulting unknown makes for an earned uneasy feeling, and I commend the team for the efforts placed in the first patient’s mindspace; more on that later. 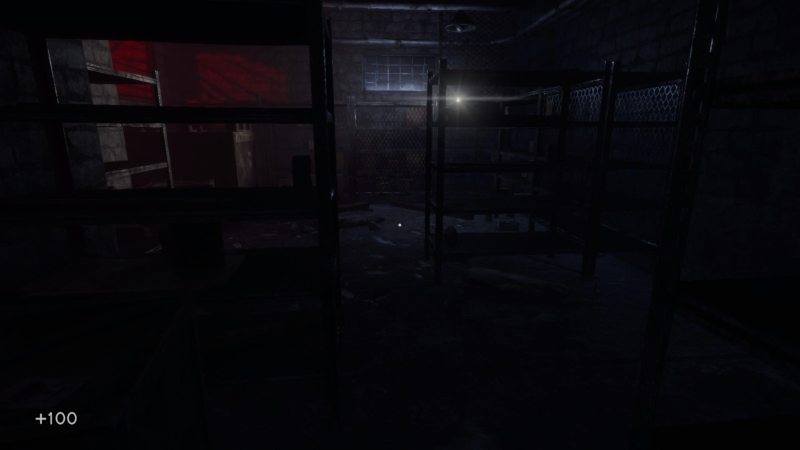 When you enter a patient’s mind, which I here refer to as a “zone,” you encounter many different types of puzzles to move forward. These puzzles include collecting dolls to fill a dollhouse and redirect power to specific locations as well as the occasional escape scenario. In the first zone, these puzzles bring nice variety to the formula. They also complement the overall uneasiness that In Sound Mind initially does so well.

Boss fights feel more like events, which initially takes the cake. Each zone sees you warding off the main boss rather than defeating it, instead finding ways to beat it by progressing through the zone. This works to good effect until the final showdowns, where you have to attempt to solve the final puzzle while the boss constantly pursues you.

This segues well into how the game controls. In terms of first-person shooters, the mechanics feel tight and responsive, even for a horror game. However, in order to interact with anything, your tiny cursor must be precisely on the target. In these more frantic scenarios, picking up needed items proves far more frustrating than it should. 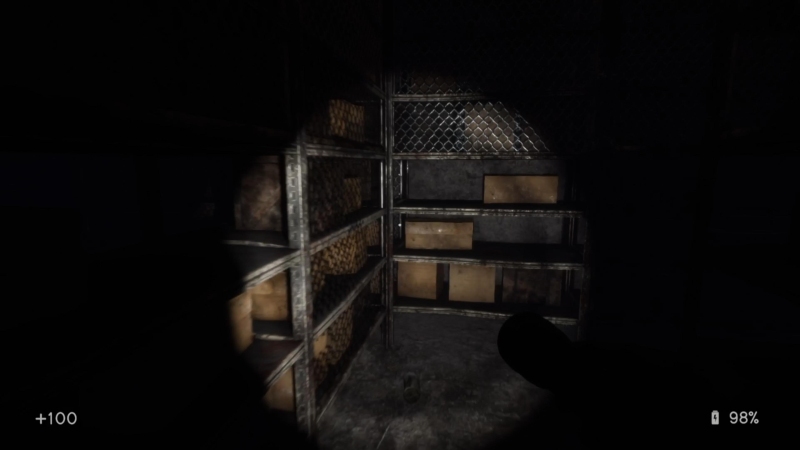 The game attempts to compensate for this by marking nearby items with icons. This means that finding items is simple, but picking them up takes more time and effort. This mechanical choice works well on a PC due to mouse precision, but it doesn’t fare well with joystick controls. Be ready to take unnecessary hits from enemies because you can’t pick up something quickly enough.

I don’t generally associate bright, almost neon colors with the horror genre, but In Sound Mind uses these vibrant tones to good effect — at least right away. After a strong opening act, the visual tones generally return to what most horror expects: muted and dark. Much like with the game’s early uneasiness, the visual style reverts to normal expectations, losing some of its luster.

While nowhere nearly as aggressive as Resident Evil 8, In Sound MInd still takes strategy from Capcom‘s long-running horror franchise by starting strong and shifting to an ending that appeals to a general populous. Inclusivity isn’t the problem here: It’s how In Sound Mind didn’t commit to its early successes.

The game changes from something fun, unsettling, and a bit Beetlejuice-esque — with just enough shooter element to maintain a familiarity — to something found almost anywhere. 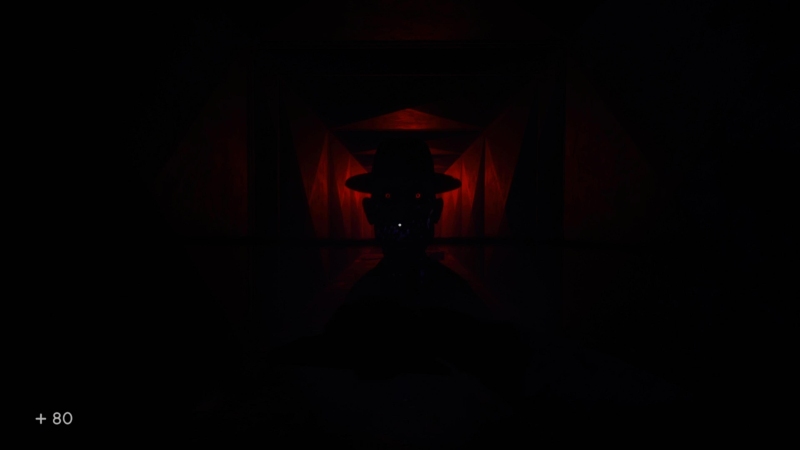 I can’t help but feel a bit let down with the second half of the game, just because of this shift away from what worked so well. Style isn’t always substance, but We Create Games made its style initially substantial. Either way, the first half of the game made In Sound Mind unique enough to make me add it to my personal gaming shelf.

Despite the second half, I still willingly kept going because of all the different things I could open up as I progressed, almost in a simpler Metroidvania execution. Between patient zones, you get free reign of the building where the game began. Each zone awards you with a new tool, and these tools allow you to open up more of the building.

Granted, this acts mostly as a distraction that rewards you with upgrades and new weapons. At the same time, separating the building from the zones like this allows the player to choose between collecting stat pills to develop Desmond’s stealth and health or just chug through the story. Also —and this coming from an admittedly terrible puzzle solver — the riddle challenges balance fairly well, with only the occasional solution being too obscure to decipher readily. 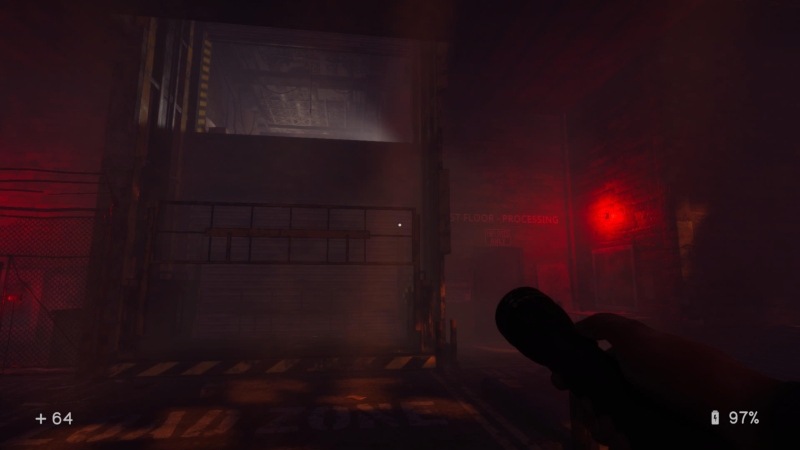 This also plays into the way In Sound Mind progresses naturally. You need each new tool to complete the next zone, with all the zones opening in a fixed order. This emulates a linear feeling while still requiring you to explore the different zones, and works especially well at the beginning of the game, as showcased by intricate level design.

I heaped praise on the first zone once again because it takes place in a general store filled with obstacles and puzzles to overcome. Overall, this space is large, but you spend time in each little area in order to move forward. You hyper-focus on everything around you while you avoid the boss, and this allows the game to play on your unease by dropping random shadows in your view.

The other zones simply don’t have this same level of immersion. Instead, they take you to stretches of road or train yards and spread out the objectives. These zones are all about the same size, but only the first zone maximizes its potential; the others just push you along to the end goal, which lacks the same level of inspiration. 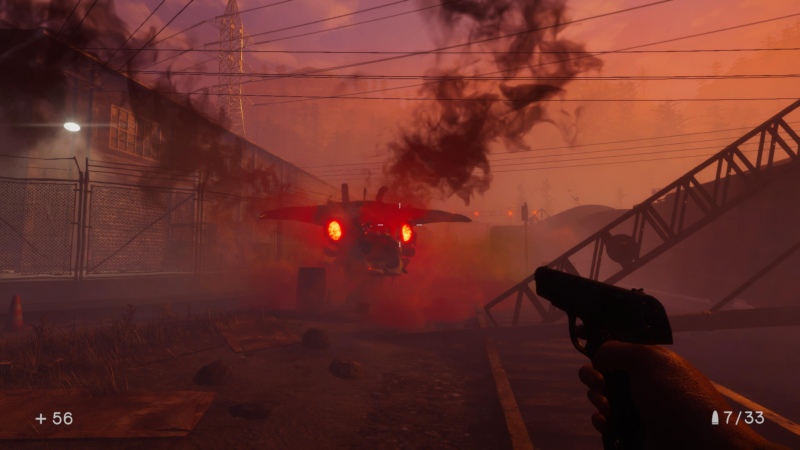 I go on record here to say that this isn’t a failing for In Sound Mind. Rather, I see it as more of an attempt to create gameplay variety that ultimately grew into a formula. This still makes for a good game overall, but it lacks the integrity to remain a psychological horror game (or a regular horror game, for that matter) for long.

A Unique Attempt That Falls Into Routine

In Sound Mind makes a valiant effort in the beginning to create something both cheeky and psychological, hearkening to the dark humor found in media like Beetlejuice. However, it soon falls into the norms found in other first-person games.

Despite its decline, the game still offers up enough to make it a good time, and the personality at the beginning sticks around, even if it’s only residual. In Sound Mind isn’t a perfect concept, but it’s a good game with fun, yet demanding puzzles and unique boss fights not found in many other places.

In Sound Mind attempts dark humor to great effect, but quickly falls back into basic first-person shooter gameplay tropes, leaving its original intentions behind. The game still plays well, and makes for an engaging puzzler and exploration game; it just doesn't maintain its horror vibe for very long.