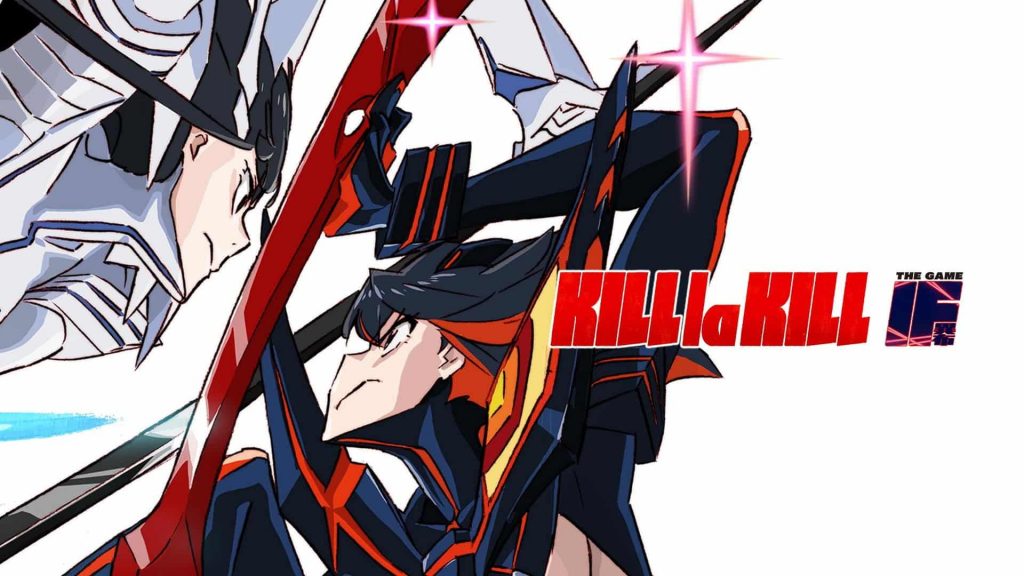 Kill la Kill is a much talked about anime. The highly polished show saw critical praise, and its popularity sore. Six years since it’s release we finally get to play a video game based on the animation. Unfortunately, as great as the game starts off it quickly outstays its welcome.

Kill la Kill: IF is a retelling of the story fans got to see in the anime. Most of the story is intact, but the ending takes a drastic turn and offers a big change to the narrative. This is a game tailored for fans of the show, as well as people who have seen it.

Kill la Kill the Game: If Reimagines The Anime’s Story

This is clear by how the first cutscene spoils the anime’s story, so you can experience the retelling in the game with the full context of the original story that was told. The story of Kill la Kill: IF is bonkers, even by anime standards. It’s so out there that it’ll either make you a fan of the franchise or write it off completely.

The games biggest draw is in its presentation. Although Kill la Kill’s story isn’t my favorite, its fantastic characters, writing, and animation are some of the best out there. A + Games has done an incredible job of mimicking the anime as closely as possible.

Kill la Kill: IF recreates most of the anime’s cutscenes using the in-game engine. It’s so well done that sometimes I just wanted to keep watching rather than actually playing. My only real issue with them is that the cutscenes were animated for the Japanese dialogue; so for those looking to play with the English voice cast, you will find lip-syncing issues.

Button Mashing Will Get You Through Most Of The Game

I enjoyed the game’s combat at first, but its repetitive nature quickly began to outstay its welcome. Unlike most fighting games, Kill la Kill: IF follows the arena style of fighting games like Jump Force and My Hero: One’s Justice. This style works well for the game, as it helps show off so many of the characters unbelievable and stylish attacks.

Although the combat is fun, it quickly begins to crack. The balancing issues are clear almost from the get-go with some cheap character attacks and other characters being able to string combos together that feel like they never end. Each character has a close range and long-range attack and some guard break abilities. With so many options you would think the game would require a lot of skill. Sadly, button-mashing gets the job done pretty well.

The repetitive nature of the combat really takes a toll on you. Not only do you have one on one fights, but sometimes the story puts you in a battle against two enemies which pretty much makes defensive play obsolete as you get hit from behind. I found my best tactic for not only these encounters but for most of the game is to be finding two or three combos and spamming them repeatedly until I won.

At other times you’ll be put into a battle which will force you to defeat a bunch of grunt enemies, sometimes a hundred of them. Again, this becomes tiresome as these battles last way too long and don’t pose much of a challenge. I applaud the studio for trying to shake things up; but, it only serves to show that all the combat’s depth is wasted as most of the advanced stuff you can pull off isn’t necessary as the simplest combos get the job done.

Kill la Kill’s Presentation Is On Another Level

Outside of the story mode you’ll find plenty of your traditional fighting game modes like survival, practice and ranked battles. They aren’t much to write home about, but being able to go in and simply watch all the cutscenes you’ve unlocked is cool and examining the game’s character models you can see just how faithfully the devs were to the source material.

Continuing with Kill la Kill: IF’s great presentation the game features dual audio both Japanese and English. Both audio tracks see the voice actors return to reprise their roles and they all do a fantastic job. The music is also perfectly suited for the game, harkening back to the anime.

Kill la Kill: IF is a fun game for a short amount of time. Designed just for fans of the franchise. Its combat can be fun but quickly falls into a button-mashing frenzy. Thankfully, the game’s animation and presentation are easily some of the best I’ve ever seen.

Kill la Kill: IF is now available for PS4.

Kill la Kill: IF's incredible animations and presentation can't save it from being a repetitive fighter that outstays its welcome after just a few hours.

Kill la Kill the Game: If