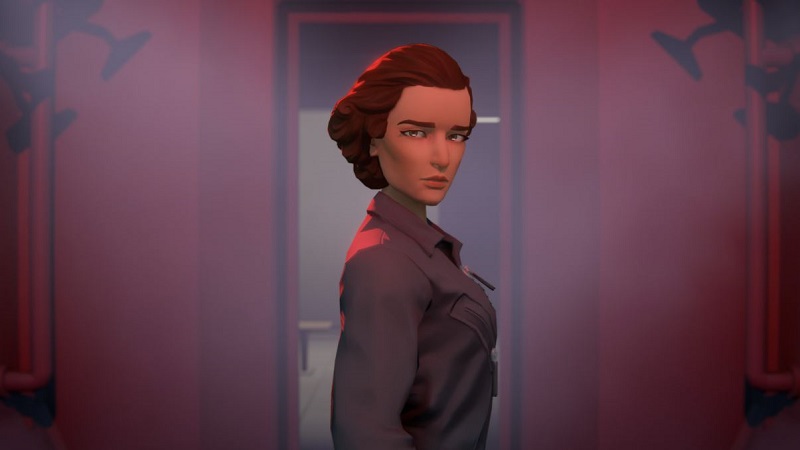 Last Stop PS5 review. Variable State’s follow-up to the wonderful Twin Peaks/X-Files-inspired Virginia brings the developer’s particular set of skills to the streets of modern-day London with Last Stop, a supernatural sci-fi drama that keeps its feet firmly on the ground when it comes to its characters.

Three stories play out over the course of seven chapters, and in each of the first six chapters, you’re able to decide which character’s story arc to focus on first. There’s John Smith, who embodies the plainness of his name as a very ordinary bloke with a humdrum life. He’s out of shape, working in a thankless job, and struggling to raise his eight-year-old daughter. A particularly tense day ends up with a mysterious man cursing him and his twenty-something neighbour Jack to switch bodies.

Another Superlative, Character Driven Yarn From The House That Virginia Built

Then we have Donna, a teenager struggling with her home life and more interested in hanging out with her pals than facing the harsh realities of life. She and her friends follow a strange bald man to an abandoned building one night as they believe he might be making people disappear. They witness the man doing something rather supernatural, and end up keeping him prisoner after assaulting him. 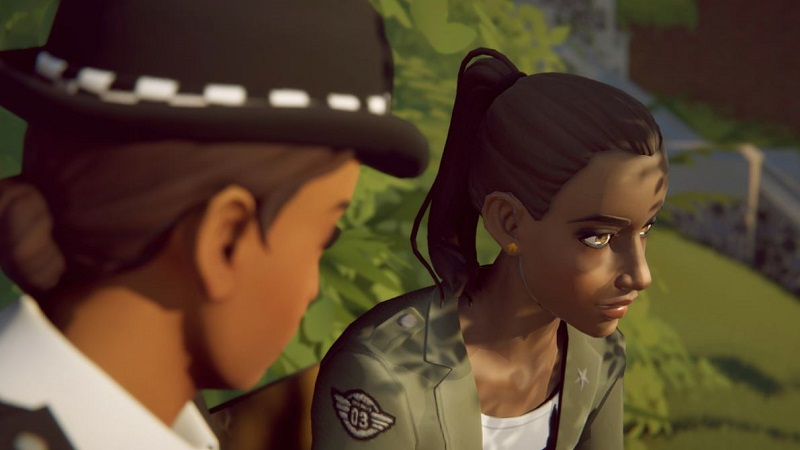 Finally, there’s Meena; a former soldier and now a working mother who clearly has a very important, and clandestine, job. Meena contends with high-stakes rivalry at work, but becomes increasingly distracted by the impact of her affair with a doctor. Just as her conscience implores her to break off the illicit relationship, so her life both personal and professional begins to unravel. While I like all the leads, Meena’s story, and her personality is by far the most fascinating of the lot. She’s flawed, stubborn, an absolute mess of a person in dealing with domestic issues, but also a ridiculously cool head in a crisis.

Beyond the use of sickly green light in each mysterious act that occurs during the opening chapter of Last Stop, it’s not immediately clear how these three stories connect, but there’s some brief connections between the characters that they are unaware of. For example, Meena’s husband teaches at the school Donna goes to, and the doctor she’s having an affair with is John’s GP.

The otherworldly green glow that crops up repeatedly is the catalyst for the trio’s eventual meeting though, and while it impacts each person’s life, the focus is nearly always on the lives themselves instead of the supernatural element, and it benefits the stories as a result, because Variable State understand the need for believable, relatable characters to make the weirder stuff work. 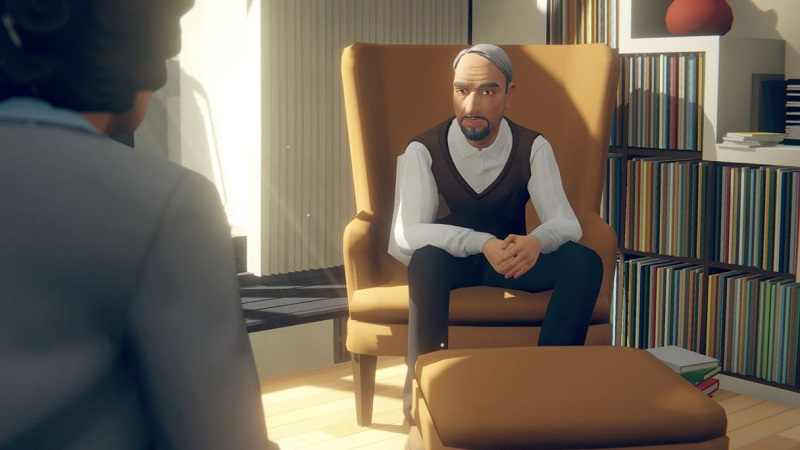 With that in mind, Last Stop is a massively story-driven adventure, with a light touch given in terms of player control. The choice-based dialogue is the meat of the game, with the odd QTE thrown in for good measure. In much the same way Virginia would keep the story moving by cutting to the next scene like a film, Last Stop gives you control only when it matters. This means there’s little in the way of exploration, but it means a proper focus is put on making you care about these characters.

That’s a real gamble for a game, and on the surface, this choice would seem somewhat pretentious. Remarkably, however, there’s little in the way of that here. Last Stop revels in indulging in low-key conversations and humdrum day-to-day tasks, and the commitment to it is largely why it succeeds. In many ways, the approach taken here makes Last Stop the first really good execution of the Quantic Dream formula. As the game went on, I found myself going back and forth on things Variable State’s game gets right that the Detroit: Become Human developer consistently struggles to despite its high production values.

Even when on occasion Last Stop dips its toes into cliché and supernatural guffery, it owns that, and ensures it’s presented without mealy-mouthed excuses for their existence. Not that Variable State isn’t averse to a bit of self-deprecating humor. During a section where a clueless John tries to cover Jack’s job as a video game designer there’s an amusingly egotistical proclamation from Jack about his game’s emotional core, and deep understanding of the human condition that’s dealt a withering put down by John’s daughter, who strongly feels she knows what games should be (‘Your game doesn’t sound very good, Jack’ she says with a genuine pity in her voice). 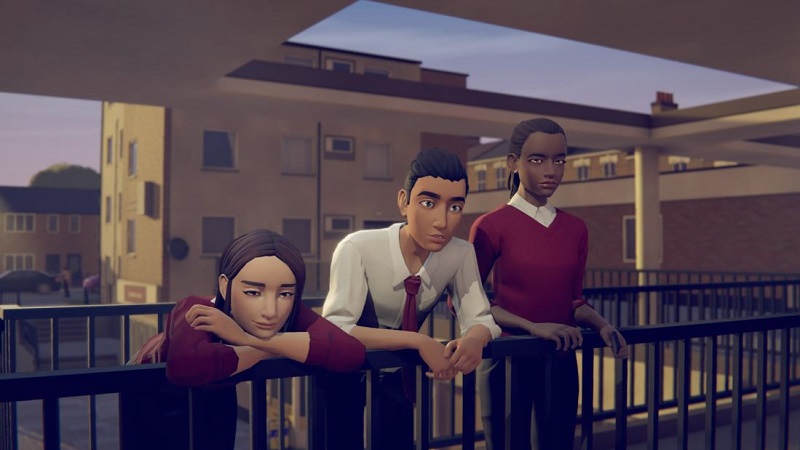 That section later manages to have a dig at crunch culture and workplace harassment as well. It’s about the only time Last Stop takes a bit of a detour from trying to tell you its characters’ stories, but not enough that it derails anything.

Anyway, handling things with a bit of humour is necessary. Last stop manages to bounce from petty personal drama to world-changing wonder pretty smoothly because there are natural moments of awkward interaction between characters that don’t end up feeling like actors trying to dish out quippy one-liners and cool catchphrases, but normal people, telling shite jokes, and making the same kind of casual observations you’d hear down the pub, or at work, a thousand times.

I can see how that might come off as cheesy for some, but given how Variable State has clearly zeroed in on ensuring Last Stop’s London is otherwise grounded in reality, it makes perfect sense to me. When the game does need to be serious, it does so without fuss, and in the climactic choice for each character, offers up the bittersweet reality of consequence instead of drizzling the end with melodrama and saccharine. 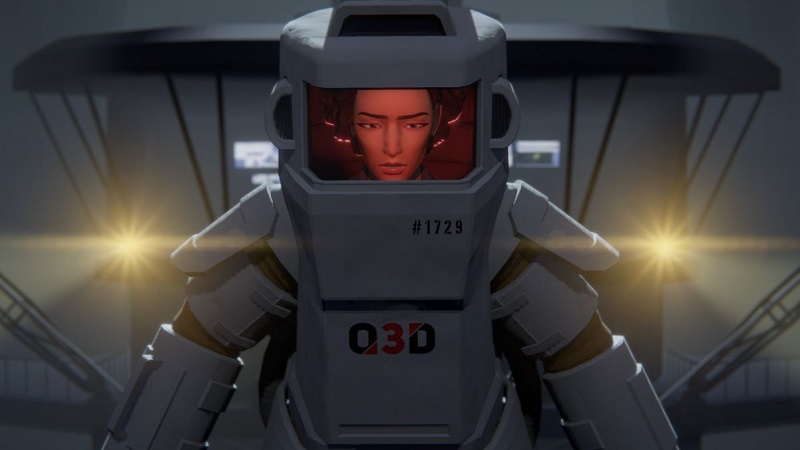 I really enjoyed Last Stop’s depiction of London. The art style manages to make it appear both a realistic depiction of the English Capital and a stylized recreation of it. It’s never hyper-detailed, but reigns in the key imagery and shapes that instantly get across where you are. As characters make repeated journey’s back to work and home, I became increasingly comfortable with these snapshots of urban living. Variable State’s message appears to be all about ‘the journey’.

The chapter selection screen that sees the three protagonists sitting on a tube train, the constant following of these characters as they go to the same places day after day, the personal journeys their stories take them on, and the journey that eventually sees them meet at the titular Last Stop all neatly stack. Even the main menu is made from a collection of road signs.

Another thing that helps tie things together nicely is Lyndon Holland’s soundtrack. This isn’t all that surprising given his work with the Czech Philharmonic on Virginia is among my favourite soundtracks ever, but here there’s such a beautiful variety of melancholy strings, uplifting tinkly piano swells, and ominous synthy drones that accompany each scene appropriately. Maybe there’s nothing quite as strong as the Twin Peaks-infused brilliance of Soujourner’s Truth from Virginia, but it’s a better overall score for me. 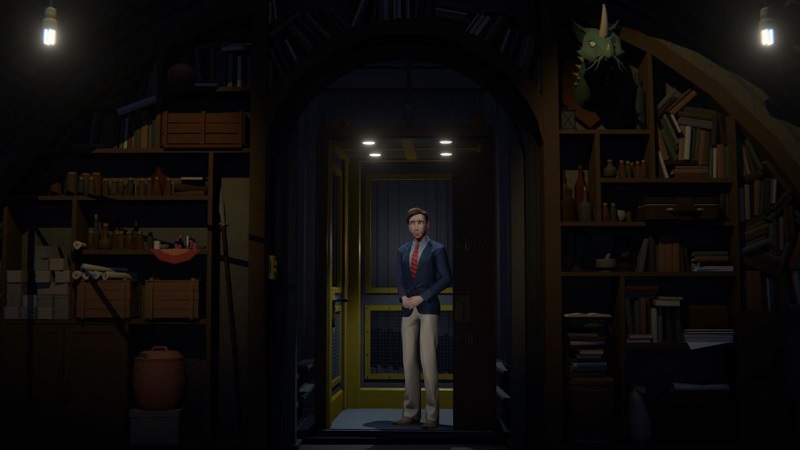 My gripes with Last Stop are relatively minor ones considering the rest of the game. The facial animations of some characters get a bit odd at times, especially with the lips. Again, hardly the crime of the century, but it does occasionally distract from the dialogue.

The desire to cut between fixed cameras scene-to-scene often means walk and talk scenes look momentarily jarring as the character you were controlling ends up veering off to a place they can’t get past or getting temporarily stuck on the scenery because I didn’t expect the change in perspective. It doesn’t happen every time, and in fact, Variable State is usually quite savvy with cutting at just the right time and place, but when dialogue choices get thrown in, this wobble seems to appear more often.

Elsewhere, the recaps between chapters are fine, but they don’t always reflect the things I heard or saw in my playthrough, clearly determining a default version of events and choices. They usually amount to the same thing being said or done, but the tone can end up feeling at odds with how I’d approached things. 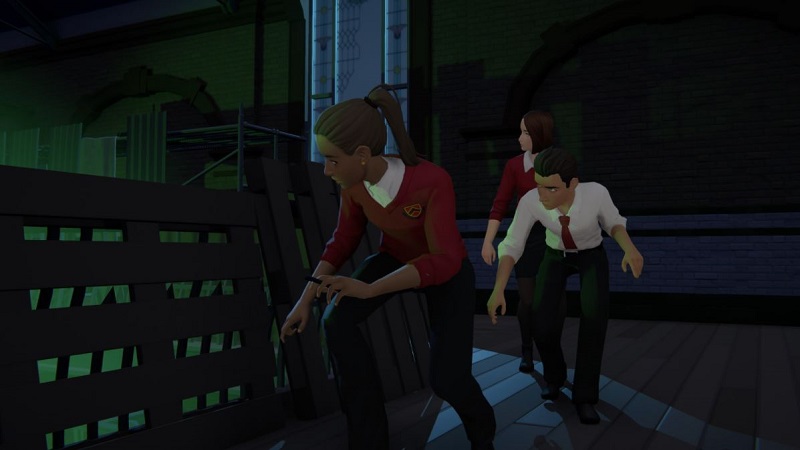 These grumbles aside, Last Stop is just great. It doesn’t overstay its welcome (five hours for a single playthrough, but definitely worth a replay or two), and is confident in what kind of game it is and the story it wants to tell. The main characters are worth the time they’re given, and there’s much to admire in how Variable State approached the supernatural element, even when it goes large on it. It’s admittedly not as tactile as one might expect for a game like this, but that’s certainly by choice.

As with Virginia, I can appreciate that Last Stop will have its detractors and fair criticism (the final chapter alone features plenty of things that could easily end up being divisive), but personally, it connects with me far too well for any of that to matter all that much.

Variable State follows up the wordless weirdness of Virginia with a far more talkative, and more grounded, supernatural drama with Last Stop. The focus on its three protagonists’ everyday problems over the underlying odd phenomena helps to make each tale more engaging, and in turn, makes the stranger things that occur feel more captivatingly mysterious in their initially limited use. It’s a little light in terms of traditional player control, but Last Stop tells a hell of a good story that you still very much feel like you’re in the director’s chair for.