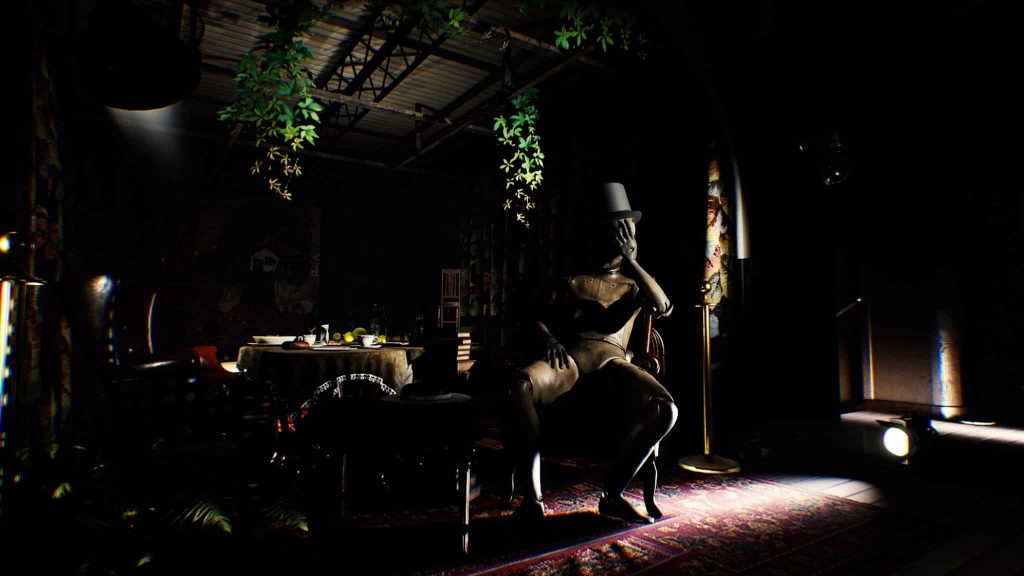 The first Layers of Fear was arguably one of the most underrated and underplayed horror efforts of 2015. A deeply atmospheric genre effort, it’s hardly surprising that a sequel would be spawned and in Layers of Fear 2, Bloober Team have arguably made their most visually arresting title to date, albeit one that cannot quite live up to its under appreciated predecessor.

Layers of Fear 2 is a visually resplendent sequel

Cast as a famous Hollywood actor who finds themselves drawn to a sprawling ocean liner by an enigmatic director, Layers of Fear 2 evokes a much different setting than the stuffy, dusty halls of the previous game. Throw in a mystery about two stowaway siblings that have a dark past however and, yep, it becomes obvious that this is still very much a Layers of Fear game alright.

Though the ship itself has more than its fair share of tight, winding corridors, developer Bloober Team does a fantastically thorough job of stuffing every room, every corridor and every scene with detail – both obvious and incidental. From retina-testing sheen of white ballrooms lined with all kinds of ornate furniture and shining trinkets to the winding, expertly carved wooden panelled halls and more besides, Layers of Fear 2 is certainly one of the best looking horror titles to date and just about every room is Share button fodder of the highest order.

However, as players of the previous game (and by proxy its later released Inheritance DLC) can attest, Layers of Fear does its best visual work when things get, shall we say, a little messed up. Like its predecessor, Layers of Fear 2 often trades on its ability to shock and surprise the player by inflicting horrific, ghastly apparitions upon them alongside the warping of the scenery and ample amounts of disorientation to boot.

Then there are some of the neat animation techniques that are used to heighten the sense of terror. Certainly, in this regard particular attention must be given to the various acting mannequins and how their movement has been lent terrifying agency by some stop motion style animation, that in turn gives them an aura of ethereal terror quite unlike anything else in the game.

Layers of Fear 2 is frequently terrifying, though cannot quite match the atmosphere of its predecessor

Technically speaking too, Layers of Fear 2 also impresses duly. With superb use of lighting, shadows and the ability to choose between a 30 and 60 frames per second mode, the former is a bit of a chug-fest while the latter however, is without a doubt the best way to play the game; providing Layers of Fear 2 with a super smooth frame rate that in turn results in a much smoother, much more responsive experience.

One thing that Layers of Fear 2 hardly lacks is fear. Robustly supporting the often mesmerising visual presentation, Layers of Fear 2 provides some best in class audio that is best experienced with a decent pair of 3D headphones. Everything from the subtle sounds of rats skittering across a wooden floor in the distance to the thunderous crash of a ceiling collapsing behind you, Layers of Fear 2 does a deft job of tapping into your senses beyond solely what your eyes can accommodate (though the sequel no longer has select sound effects emanating from the Dual Shock 4, sadly).

Not wandering very far from the walking simulator style gameplay of the first Layers of Fear, the sequel is largely the same game in many respects. As before, there is no combat and the core of the affair has you wandering around various rooms and locations, collecting items, keys and triggering events in order to proceed.

Equally, Layers of Fear 2 also embraces the linearity of its predecessor too. In particular, it hones on its psychological horror foundations and retains that whole mechanic of how doors close and lock behind you as walk through them which is a touch troublesome – not least because it means that if you want to explore other routes and rooms before that point, you’re basically completely out of luck.

Likewise, the puzzles, such as they were, also make a return from the previous game. Often being little more complex than working out a combination code to release a locking mechanism, and with solutions often lurking very close by, the puzzles in Layers of Fear 2 feel more like unnecessary bumps in the road of what is otherwise a well wrought psychological horror themed walking simulator.

Layers of Fear 2 then is clearly at it’s best when it is left to its own devices; when the horror and the dread is being slowly pilled on and built upon, the experience soars as a resolutely horrifying affair. The problem however, is that the numbingly high frequency of late game jump scares, coupled with the inclusion of some ill-advised chase and escape sections throughout, all conspire to rob Bloober Team’s sequel of the careful atmosphere that it spends much of the early part of the game building.

In particular, those chase scenes are annoying because not only do they feel trite and largely pointless (the game doesn’t need to have you run away from a terrifying creature for it to be terrifying) but they are also absolutely laden with trial and error; so expect to die a few times simply because you zigged when you really should have zagged.

And this is the problem with Layers of Fear 2; it seems far too willing to sacrifice delicately crafted peripheral fear and deeply felt tension for a whole bunch of jump scares and chase scenes that become progressively more numbing. In essence, Layers of Fear 2 simply cannot match the towering atmospherics of its prequel, whose ponderous melancholy and methodical horror beats made it so much more engrossing.

Layers of Fear 2 is an effective, if narratively disjointed horror effort that provides much more to do than the first game

Sadly, this sequel’s major shortcomings aren’t merely relegated to the realm of atmospherics and pacing, either. The story is both magnitudes more confusing and larger in scope than anything Bloober Team did with the first Layer of Fear. Here, the Polish developer has fashioned a disjointed and often confusing narrative that relies far too heavily on abstraction and proves the maxim that bigger doesn’t necessarily mean better. Though it should be noted that horror icon Tony Todd’s gravelly, hoarse tones and delivery are a natural accompaniment to the experience – even if you’re not entirely sure what he’s talking about half of the time.

Nonetheless, Layers of Fear 2 is a much larger offering than its predecessor and ostensibly provides more scary bang for your buck as a result. With a main story that is somewhere between four and six hours long, a fairly extensive range of collectibles and the ability to fork the narrative at various points, Bloober Team have provided ample reasons for the player to return and clock up another playthrough.

Speaking of returning, Layers of Fear 2 also boasts a New Game Plus mode which retains all of your collectibles and allows you to collect and discover new ones too – effectively doubling the game’s length if you want to complete more of it beyond the main story.

As is typically expected from a sequel, Layers of Fear 2 is a bigger game in just about every way than what came before it. But like the two stowaway siblings who become hopelessly entangled in the darkness of the ship, Bloober Team’s sequel often feels disjointed and confusing in spite of its towering, nihilistic beauty and high brow narrative ambitions. This is something its prequel, a carefully and methodically told tale about a crippled artist trying to finish his magnum opus within the oppressive confines of his own house, hardly had to worry about.

A visually resplendent sequel, Layers of Fear 2 is frequently terrifying affair - though it fails to capture the ponderous melancholy of its predecessor and boasts plot that is far too often disjointed. All the same for those willing to stick with it, there are no shortage of hair-raising and spine-chilling moments.