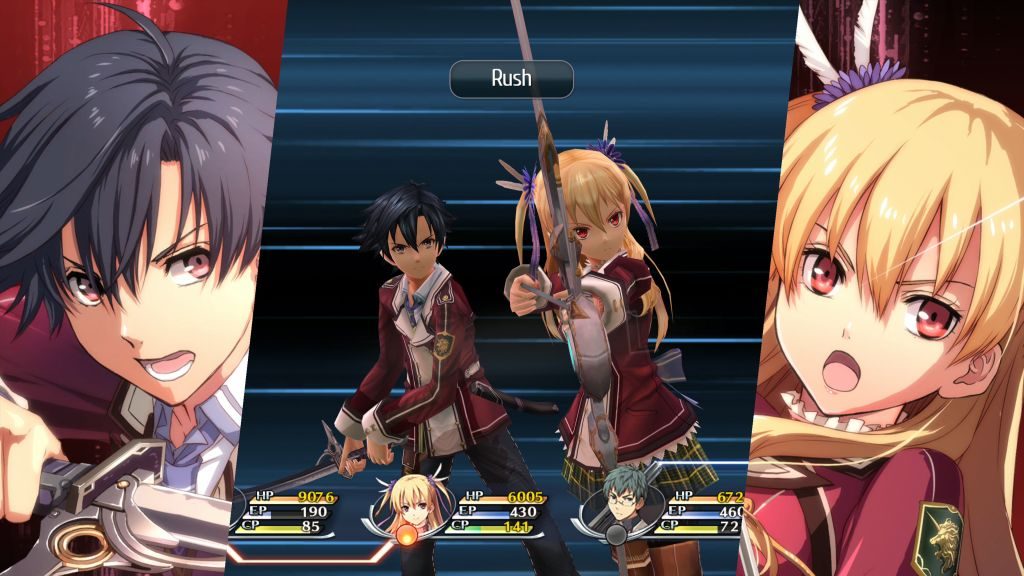 I’m no stranger to Thors Military Academy. Though I am currently enjoying my third playthrough of the game on PS4, my first playthrough of Legend of Heroes: Trails of Cold Steel on PlayStation Vita clocked in at a little over 94 hours. It is important to understand when approaching this game that, even when compared to other JRPGs, Trails is a really big game. It is also one of my favorite games ever, and when playing it that first time, I didn’t want it to end. My enjoyment of the game may have contributed to that play time a little bit.

Trails Of Cold Steel Is Bursting At The Seams

While playing Trails of Cold Steel is an absolute pleasure, describing the game can be overwhelming. Picture the longest, deepest visual novel you have ever experienced. Now add a fully featured, robust JRPG. Throw in some systems withing systems within systems. Add some rich, well drawn characters. Toss in a little fishing, because, what the hell. Mix it all in a bowl and bake at 350 for 94 hours.

Replaying Legend of Heroes: Trails of Cold Steel brought my love for this world and the characters that inhabit it slamming into focus. The first time through Cold Steel, it took me a little while to catch onto what was going on with the story. Coming in with prior knowledge, I now see how well-drawn everything is right from the start. This is a game that is self-assured to an extreme level, confident that its world-building is strong enough that players will eventually grasp it all by immersion.

How About Some Story Basics?

When our hero Rean Schwarzer arrives at Thors Military Academy for the first day of class, he is a little unsure of himself. He is not entirely familiar with Thors, and is arriving alone. Luckily, Thors Academy seems to be expecting him, and he is quickly shuffled into orientation and given the lay of the land.

The Kingdom of Erebonia is a class-based society. Thors Academy has long been segregated by class, with the nobles occupying their own dormitory separate from the commoners. Rean finds himself as a founding member of the first “Class Seven”, an experiment by certain progressives in the Thors faculty (and perhaps being influenced by forces outside the Academy). In Class Seven, nobles are mingled with commoners as equals, with neither side given deferential treatment.

Rean and his classmates begin the term of study in unsteady ground, but before long, realize that the class is made up of extraordinary individuals, noble or not. This group of students are granted a unique opportunity to study both in the class room and out in the world, taking monthly “field studies” out into the Kingdom of Erebonia’s far-flung regions.

As the school year wears on, political machinations and the rumble of impending war hover in the distance, just out of sight of Rean and the others. The Kingdom of Erebonia is not tranquil, and with each passing month, it is clear that war is on the horizon, and the students of Class Seven may find themselves on opposing sides.

After a couple of hours of settling into Thors Academy and learning the combat system, players can expect Trails of Cold Steel to fall into a comfortable cycle. Playing as Rean, players begin each month by hanging out around Thors, getting to know their classmates and running simple missions for the student council president.

This sends you all around the campus and the surrounding town, which will soon feel as familiar as your real-life home. The town and school are always dotted with side characters, many of whom have their own little side-stories that you can follow along with if you engage with them. Students outside of Class Seven become familiar as Rean encounters them repeatedly. Though much of this content could be skipped, I found myself patiently working through it, as the world building is rewarding in and of itself.

The other side of the game involves the increasingly tense field studies, where Rean and friends venture forth each month, journeying into the world to visit each of their hometowns in turn. These trips offer a wide variety of quests to solve, and each field study reveals new depths to Rean’s classmates that enrich their characters.

Both the Academy and the Field Study sides of the game offer plenty of dungeon crawling (or field roaming) combat. At the Academy, there is the Old Schoolhouse, a labyrinthine structure on Thors campus that Rean and friends are tasked with investigating. This allows the player to dip into the schoolhouse at any time and grind battles to their heart’s content. Field studies have tons of combat opportunities, with a surprising variety of fun exploratory and task-oriented quests to conquer.

The combat system in Trails is one of the deepest and most satisfying I’ve encountered in a JRPG. The game starts midway through the story, which gives players a panic-inducing peek at what how the system will eventually develop, but don’t allow yourself to get overwhelmed. That intro only lasts about five minutes, then the game spins back in time and things become much more reasonable. Each new concept is introduced organically, and you will have plenty of time to acclimate.

Each character has a powerful standard attack with a unique weapon. On top of that, each character develops “Crafts”, special powers that either enhance their attack or offer buffs to the team. Crafts appear naturally as the character levels up, offering things like advanced sword techniques, regen-style heals, and AOE attacks.

In addition to Crafts, players also have access to “Arts”. Arts are granted via each character’s Orbment, a piece of technology bearing numerous slots, into which are installed pieces of Quartz. Each Quartz is associated with a different skill, spell, or buff, and they can easily be switched and swapped between characters.

Think of the Quartz pieces as Materia and the Orbment like each character’s individual Sphere Grid, and you kinda get the idea. Arts allow for great deal of individual character customization, and you can expect to spend a lot of time going into the menu to fuss around with the Orbment.

Supplementing Arts and Crafts is the Link System, a way to develop combat links between characters. By pairing characters in Combat, the link between them will grow, allowing for occasional follow-up attacks. At the beginning of the game, I messed with the Link System as an afterthought, but by game’s end it became incredibly powerful.

All of this combines in a very natural, flowing combat system. Characters take turns dependent on individual speed, and you can forego attacking to simply move about the 3D battle space for better positioning (or to hide from attack). In the end, you need all of these Arts and Crafts and Links, because some of the later enemies in the game hit hard enough to wipe your team in one turn. Trails of Cold Steel is accessible, but don’t expect a cakewalk in the late game.

Characters Are The Key

Rean and his friends are more than just bodies on the battlefield. There are maybe twenty primary characters in play by the end of the game, and each one has their own personality, backstory and motivations.

Characters are not just defined by their relationship to Rean, but also by their relationships to each other. Members of Class Seven have grievances with each other, form cliques, and have preferences outside of how they interact with Rean. There are plenty of moments in the game where you wonder “What’s going on with those two?”, or you think “Oh yeah, this one is still mad at that one about that thing that happened.”

Some of the most interesting characters in Trails of Cold Steel don’t even show up until halfway through the game, throwing new wrinkles into Class Seven (and the battle system involving them). The story spins and wraps around itself, and when final revelations are made and the game spins into its unexpected ending, the shock it delivers is well-earned.

The Remaster Is Not A Remake

To be fair, it must be acknowledged that Trails of Cold Steel was originally a PS3/Vita title. Even when it was initially released, the game was not exactly pushing those systems to their limits with groundbreaking visuals. This new PS4 version is nice looking, but definitely shows its last-gen roots. This is mostly the exact same game, playing at a higher resolution. But if you are playing Trails of Cold Steel for the graphics, you are doing games wrong.

The PS4 remaster does contain a noticeable amount of new voice work, allowing for more great character moments outside of the major cutscenes. And perhaps the greatest improvement over the previous versions is the inclusion of the glorious “Turbo” button, which effectively doubles the speed of the game’s exploration and battle animations. Just beware, as battle in Cold Steel at double speed can lead to some super-fast Game Over screens if you aren’t careful.

If You Haven’t Already, Play This Game

There is so much going on in Legend of Heroes that I haven’t even mentioned all of the side activities. Fishing makes an appearance. Cooking with hunks of monsters that you pick up as battle loot, which can construct dishes that give you boosts in combat. School clubs. Hanging out with friends to improve links. Researching lore at the campus library. It goes on and on and on. For players not in a hurry, you could spend…well… 94 hours on this game.

Marvelous has done all it can to get this game out in front of people. Now it is time for fans beyond the JRPG faithful to get on board. Legend of Heroes offers a giant, well-constructed universe to play in, with tons of history and a wealth of lore. These games are accessible, deep, and fun.

I guarantee that at the end of this giant game, you will be left wanting more. Luckily for all of us, there is more, and it is right around the corner. This is the perfect time to jump in. You won’t regret it.