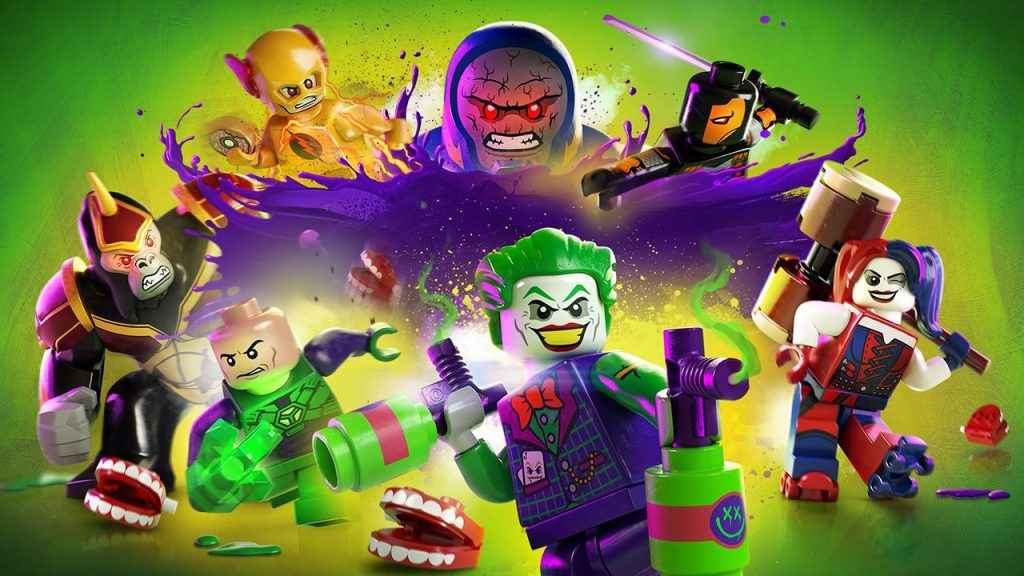 The Lego games have always been fun to play. Whether you’re playing them alone, with family, or friends, the Lego titles have always been described in my household as fun. Fun is exactly what I had with Warner Brothers and Traveler’s Tales’ latest Lego DC Super-Villains.

Moving away from the the heroes of the DC Comics universe, Super-villains puts you in the shoes of the villains of the DC Universe. It is a fantastic change of pace. The DC Comics Universe is filled with amazing villains.

Help villains defeat other villains to become the most villainous

Most of the villains everyone will recognize, like The Joker, Lex Luthor, Reverse Flash, and Gorilla Grodd, just to name a few, but it also features a slew of those you may not.

Feeling like the Justice Syndicate is upstaging them and threatening their way life, the villains band together and set out to stop the Syndicate’s evil plans and expose them for who they really are.

As I mentioned before, playing the villains is a blast. Not only do they have their interesting quirks, but their personalities shine through from character to character. There are so many characters to choose from that everyone will find someone they enjoy playing. Just like in past LEGO titles, you will have to unlock the majority of them through the story and side quests.

The biggest new addition to the Lego DC Super-Villains is the character creator. You start the story by creating your own supervillain. The options are ultimately vast, but a lot of them will have to be unlocked throughout the game. The great thing is you can change your character’s appearance whenever you want. You can make the craziest character you want. I went and made myself a Star Wars Sith Lord.

The character creator will allow you to even change up your powers and weapons as you unlock new ones. Your character is crucial to the story, but it does not appear in every story mission.

If you’ve played a Lego game in the past ten years, you know what to expect here. Running around and braking everything to collect Lego pieces to unlock a bunch of collectibles and characters. The concept here hasn’t changed, but it sure has been refined.

Collect everything and reign supreme

Collectibles this time around are a lot easier to find, and the puzzles don’t feel like a chore. I found a lot of enjoyment in completing them. Of course, each character has a unique set of abilities that are used to overcome challenges and obstacles. Gold Blocks and golden doors can only be melted by fire or lasers, while other characters can use acrobatics to reach specific locations.

Each story mission will present you with specific obstacles to overcome, but you won’t be able to find everything in each story mission until you unlock free play mode and can switch out your characters on the fly. Replay is the name of the game, replaying missions to unlock everything is very much intact.

In these regions, you can find a terminal that will show you where most of the side activities can be located in each region, making things a lot easier, but it doesn’t show you everything.

Side quests will unlock plenty of characters that don’t show up in the story. A lot of these are simple quests while others will use your villainy to full extent. Those quests will see you doing things like freeing prisoners or taking candy from babies. Suffice to say, there is plenty of content to go through to keep you busy for a while.

An amazing voice over ensemble

Exploration isn’t the best, though. Anything besides actually running around the map is not refined. Driving vehicles is unnecessarily difficult, with all the vehicles being way too sensitive when turning. Slightly turning around a corner is like controlling an RC Car. It is way too sensitive. This makes completing time races annoying but not too difficult as you have plenty of leeway with time.

It’s not just the vehicles, though. Flying characters pose a big problem mostly because of the controls. For example, you would think that in order to fly you can just jump twice and start floating. Not this time. You have to hold the jump button to charge up a jump and then while in the air jump again to start floating.

Flying is incredibly fast, and controlling in mid air is a travesty. I ran into every wall and light post. The worst is if you’re simply hovering, you can’t look above you or below you as it will force you to fly up and down, making it hard to look around in the air.

Lego DC Super-Villains is also the best looking title in the Lego franchise. The effects created by a lot of the super attacks are gorgeous, and the various locations our villains travel to are as varied and detailed as the characters you play with. From jungles housing Gorilla City to the dark and wet streets of Gotham City.

The sound work is also exceptional, though I feel the music selection here sounds a lot like the same tracks used in previous titles. Conversely, the voice work is on another level. The voice cast is as stacked as the amount of characters available. The incredible ensemble includes Mark Hamill, Tera Strong, Brandon Roth, Michael Ironside, Clancy Brown, Kevin Conroy, and Nolan North, just to name a few. Believe me, there are plenty more. This is probably the greatest voiceover ensemble.

Lego DC Super-Villains is easily the best Lego title to date. Giving me the option to play with so many memorable villains that I grew up reading about and watching is a joy. With a good story and phenomenal voice work, it’s quite honestly just pure entertainment.