When I finished Lifeless Planet I was torn by its simple platforming, extremely bland environments and its excellent story and music and voice work. Having released on the PC back in 2014, Lifeless Planet was a successful Kickstarter campaign by one developer and it shows that his vision wasn’t necessarily about making the greatest game but telling a touching and moving story which he wholeheartedly achieves. 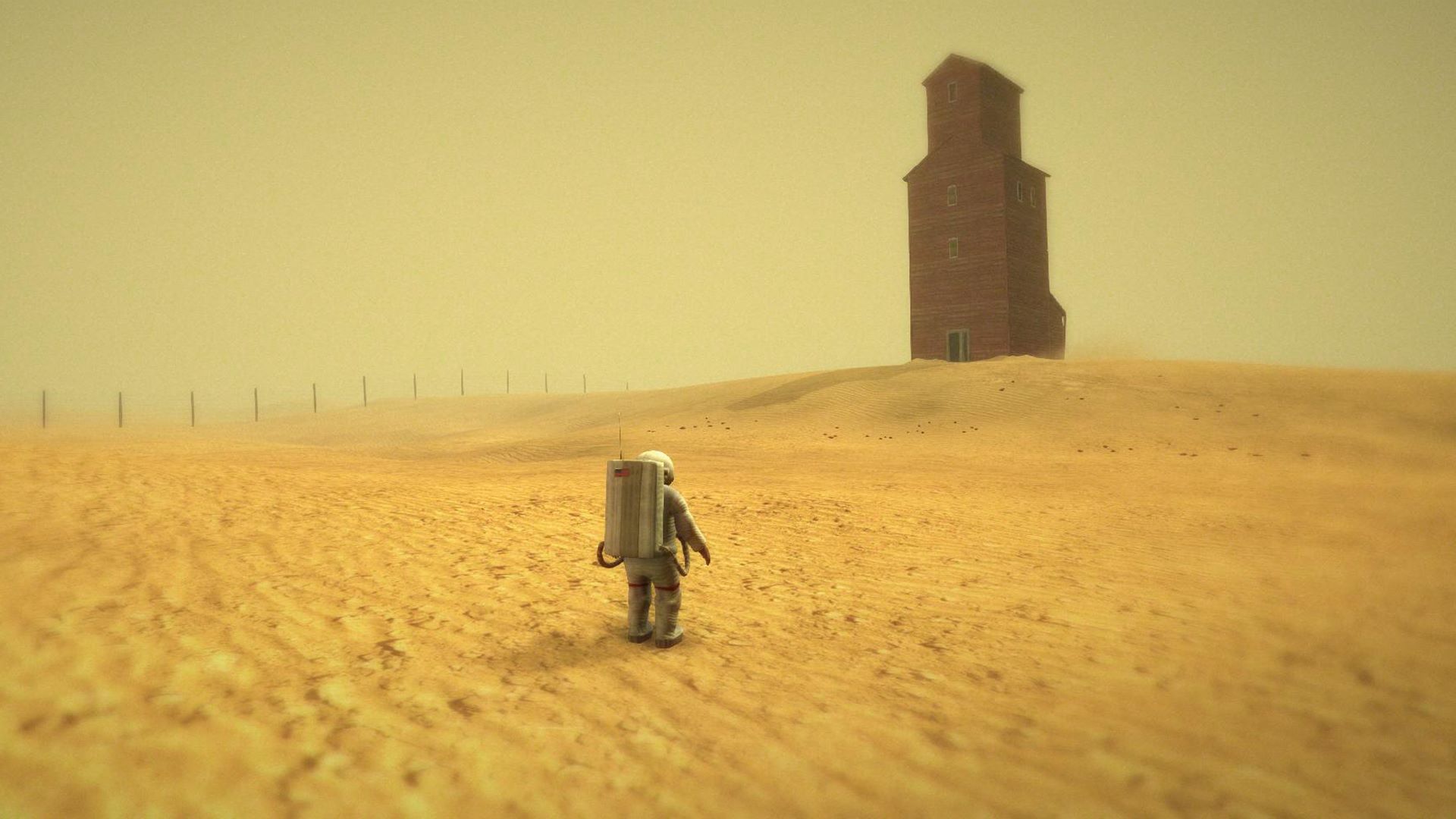 Lifeless Planet tells the story of an American astronaut who crash lands on a desolate planet, that according to records should be teeming with lush green forests and able to sustain human life. Separated from the rest of his crew, he heads out following the tracks they left behind. The story that follows is an emotional one, told mostly through audio tapes and personal logs, where our astronaut must figure out what happened to this once-lush planet and how the old Soviet Union ended up on this planet light years away from Earth. From the moment the game started to its end I was completely hooked. I don’t want to spoil anything from the story, but the way it depicts humanity as a whole is perfect. The question always comes up: How would we react to an alien race visiting our planet? Lifeless Planet asks the opposite question: What would happen if we were the alien race visiting another planet? My only knock on the story is that it’s a bit dragged out and most things aren’t even explained. The astronaut I was controlling kept having hallucinations of a bed and his wife, which raised a lot of questions that were never really answered.

As far as the gameplay goes, Lifeless Planet is as simple of a platformer as you can get. You transverse the treacherous terrain of the planet with your trusty thrusters, jumping from one landmass to another. The game features puzzles which require moving and carrying rocks from one place to another as well as using a mechanical arm that you find to solve some mystery puzzles, which I won’t spoil here as it would give away important story points. None of it is especially difficult, though I did fall to my death on occasion because you can’t really control yourself while in midair. Jump too soon and you will see yourself falling to your death quite a bit. 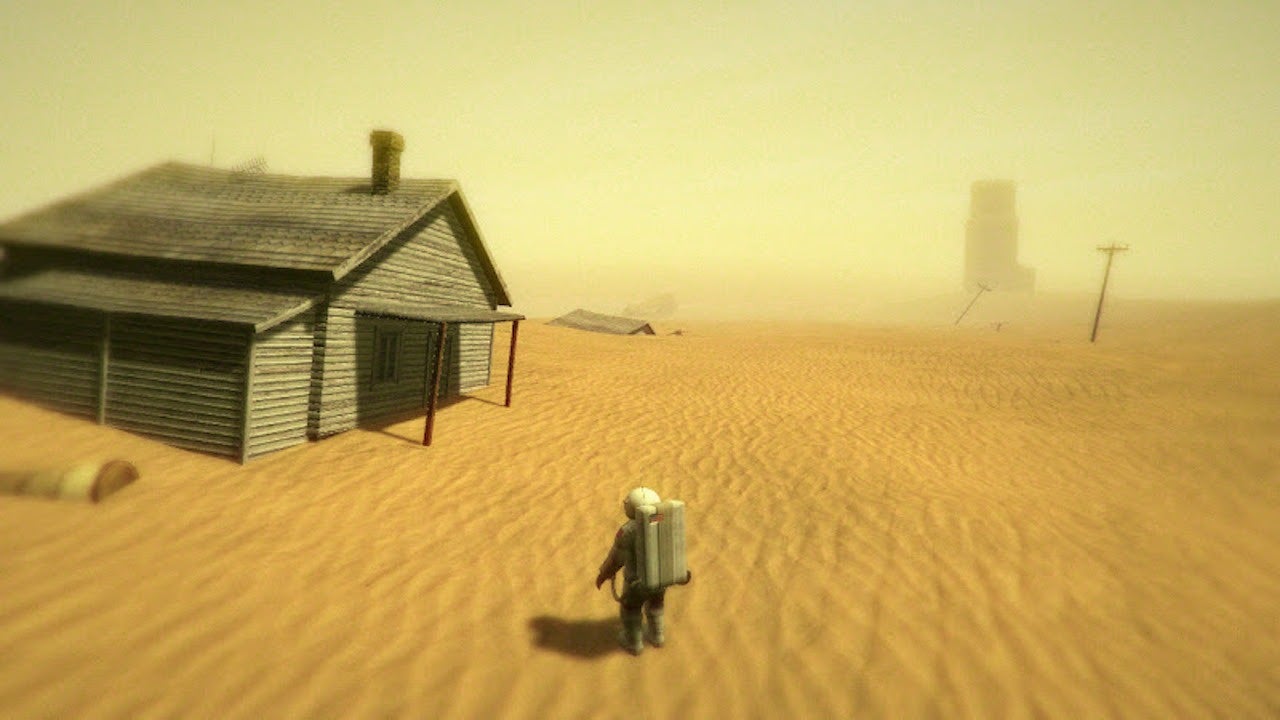 There are parts in the game where you will get access to super thrusters, as I call them, allowing you to jump six to seven times midair to cross massive chasms. These were a lot of fun to use but the game only allowed you to use them when it wanted which is a shame as it would give away what was ahead. I should also note for the trophy hunters out there: Don’t try and avoid death. The game rewards you with a new trophy for dying every possible way.

Graphically the game isn’t impressive. Most of the locations you visit are rocky terrain and deserts. This means most of the color pallet is brown and gold, which isn’t very fun to look at. I also ran into a lot of stretched textures on walls which stood out quite a bit. The game visually just doesn’t do anything special, and even though it received a texture update since its initial PC release two years ago, it doesn’t really show here.

The sound design on the other hand is superb. I can’t express to you how happy I am to hear Russian voice acting performed by actual Russian voice actors. I say this because I can clearly understand it unlike a lot of other games; but for those who don’t speak Russian, it won’t matter. A lot of the story is presented in old audio recordings you discover that depict what transpired on the planet and how is it the Soviet Union arrived on a planet light years away from Earth. These audio logs are fully voiced, but for some reason the character’s own personal logs are not. It’s weird to hear your character only read one sentence from his own logs while all the other ones are fully voiced. 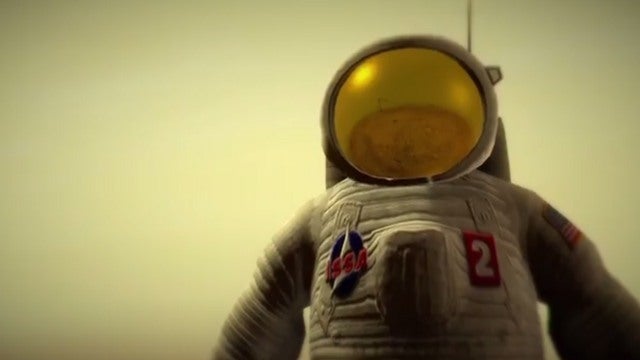 The music also deserves praise. It’s emotional and haunting at times and it made me feel the dire situation I was in and made me wish that my Deluxe Edition came with the soundtrack, which unfortunately it didn’t.

Lifeless Planet is as simple as a game can get. A platformer which sees you traversing a desolate planet searching for your missing team and finding out what happened to a once lush vibrant planet. Although it’s a simple title, its heart is present in its story that had me hooked from start to finish. It’s not often I am moved by someone’s message, but Lifeless Planet delivers a very important one.