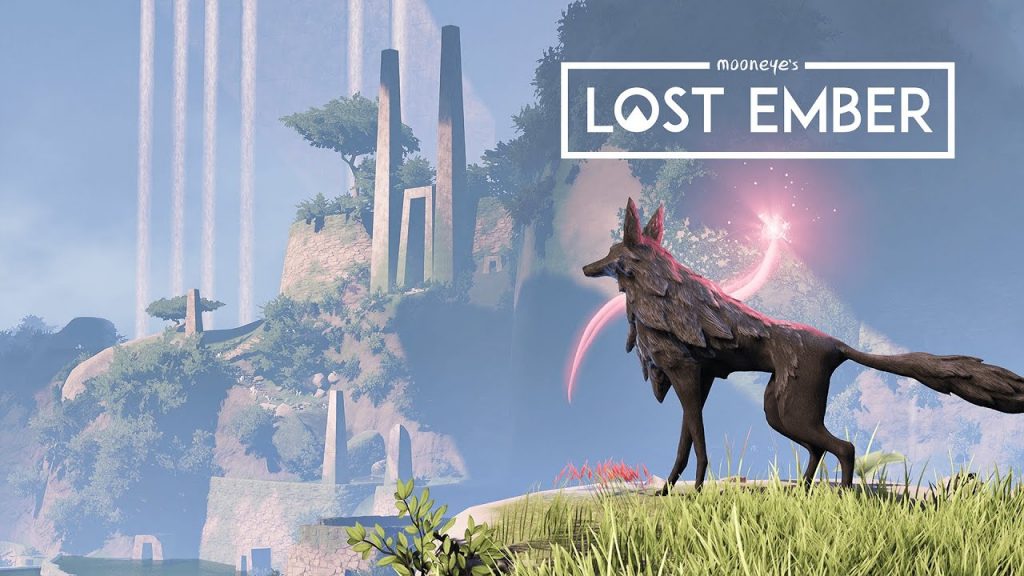 There is certainly a place for artsy-fartsy efforts, titles that rely heavily on emotion and which truly challenge what we as players think in terms of the components and themes that games should be made up of. Even with simple gameplay mechanics, they can leave a mark on players with their profound message and heavy narrative, often leaving players to forge their own story depending on their gameplay experience. A game of this type that immediately comes to mind is Journey. A title that was a truly unique experience and certainly left its mark on players and gaming history as a whole.

Lost Ember similarly tries to tug at the player’s heartstrings and tells a truly emotional tale of anguish, loss and redemption. In the same vein as games of this ilk, gameplay is at a minimum, the enjoyment comes from exploration, the deep soulful narrative and the emotional rollercoaster you are thrust upon. Pair this up with clean, beautiful, ethereal graphics and you are set for a truly unique experience.

In Lost Ember you play the part of a soul-wanderer, a trapped beast who is refused entry into the afterlife called ‘The City of Light’ due to as series of questionable life choices. You meet another troubled soul, someone who is lost and unable to enter the afterlife and together, your unlikely team must try and right the wrongs that have happened since your death. The tale twists, turns and meanders throughout the game and is truly passionate and well written. It was for me, Lost Ember’s best feature by far.

Gameplay-wise, Lost Ember is as bare-bones as it gets. You control a wolf initially and explore various environments to uncover your past. You reveal your wrongdoings to your companion over the course of the game, creating friction and it ramps up the emotion drastically. You can soul-wander into other creatures as you see fit and swim, fly or dig your way through the games many explorable landscapes. While the feature is at times fun, I feel it is never fully realised or used to its best. Your selection of animals is quite small and your options in using them are somewhat trivial.

The Narrative Kept Me Playing

Along with the minimal yet soothing gameplay you are treated to a great, particularly fitting soundtrack of piano music. The soundtrack is so chilled and uplifting that it really accentuates the story, making the poignant parts of the narrative have more impact and really drive home the emotional punches that hit you throughout the tale. I really enjoyed the music and along with the story, these elements dragged me through what otherwise would have been a very mundane exploration game.

The overall graphical presentation has me in two minds. On one hand, at times, the game looks absolutely stunning, on the other hand it can also look very basic and uninspiring. I took a lot of screenshots as some of the imagery was magnificent but at the same time, I found some of the presentation quite lifeless. For a game full of life, flora and fauna, it was very strange and uneven mix indeed.

I had a few performance issues while playing too, from quite long freezes to stutter and object collision, my playthrough was peppered with issues. I fell through floors, got stuck in parts of the environment and had regular freezing. I even got stuck in a death loop once and had to reset my game to continue. Hopefully, patches can fix these issues as at times they made feel reluctant to play.

Lost Ember was a strange game to review, at times as when the story was in full flow and I was free of performance issues, I quite enjoyed it. It was very chilled and I enjoyed the exploration aspect quite a bit. The music was great, the story was full of life, very emotional and the graphical presentation was at times, very beautiful. Unfortunately, at regular intervals, I had to force myself to play it. I had to restart the game several times, I had to reload chapters a few times and the stuttering got quite irritating.

Lost Ember is out now on PS4, Xbox One, PC and Nintendo Switch.

The hard-hitting emotional narrative, beautiful score and pleasant visuals were just enough to drag me through a game that was at times, not fun to play. Technical issues ranging from freezing to death loops soured what could have been a very fun and touching exploration game. I did enjoy my time with it but the issues I had did take a few points off the overall score. Perhaps wait for an update before purchasing.