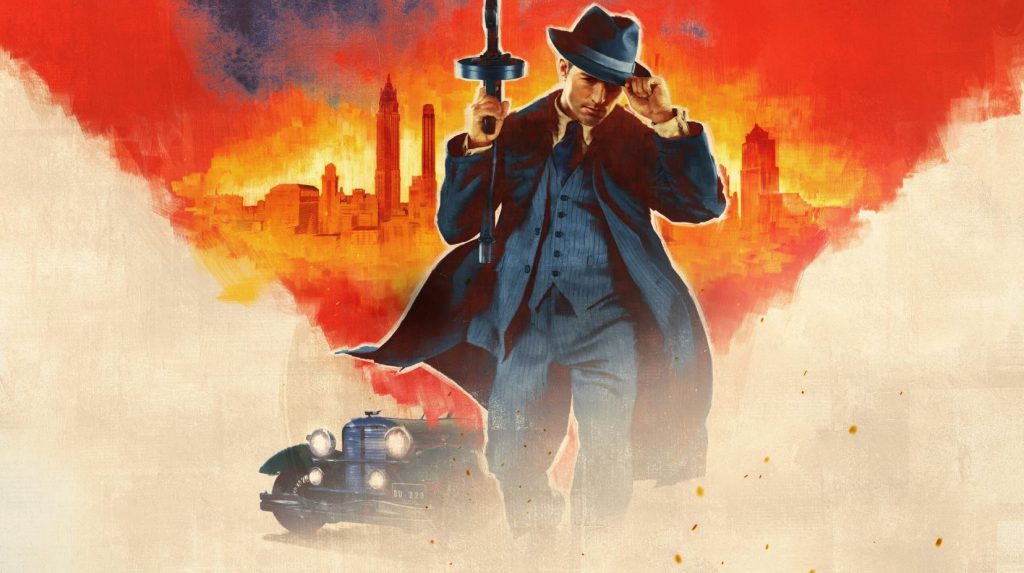 A Fantastic Story With Plenty of Drama

Hanger 13 has done a fantastic job in recreating the impactful story of Mafia diving into loyalty, respect, love, and betrayal. The remake does an incredible job of recreating some of the most memorable moments of the original by adding more than just a new coat of paint. The game features full-motion capture this time around bringing a lot of the scenes to life.

Mafia is a story-driven game with plenty of cutscenes and a lot of dialogue. You take on the role of Tommy Angelo during the 1930’s prohibition era in the fictional city of Lost Heaven which is essentially New York City. Tommy finds himself at the right place at the wrong time as two members of the Salieri mob family find themselves in Tommy’s cab car while being chased by a rival gang.

Long story short Tommy finds himself joining the Salieri mob family and works up the ranks of the mob. The story spans eight years but unfortunately, it doesn’t do the best job of keeping pace for some of its moments. A lot of moments are simply skipped and others just outright ignored for the majority of the game.

Moments, like when Tommy has a child, is simply just mentioned as is Tommy’s drinking problem which we never really see and is never talked about until its simply mentioned. One moment that truly made me upset is the mob war between the Salieri family and the Morello family. The game has a couple of missions that take place during this all-out war but most of it is simply just talked about in a cutscene.

I wish moments like this were a little more explored. That’s not to say that the story in Mafia is bad, its actually quite fantastic with plenty of twists and emotions. Especially when you see Tommy’s demeanor start to change when he has to do worse and worse things in his life for the mob. The games writing and voice work is top-notch which is a staple for the franchise. It may not reach the level of the Godfather but it certainly holds its own. Some of the best work comes from Tommy and his palls Sam and Paulie as you drive toward a mission. The banter can be quite hilarious.

Mafia isn’t an open-world game. For some, that may be a turn-off but in this case, it works very well. The city of Lost Heaven is actually quite gorgeous but I think what makes the city stand out is the fact that it’s not open like you would expect it to be. This simply allows the game to load fewer assets and focus on the locations you’ll most likely visit on your way to the objective. The game is mission-based so you’ll simply go from story mission to story mission. When you try to venture off too far you’ll find construction on many roads that block your way or a warning to return to the mission objective.

There is a lot of variety to the missions in Mafia which keep the game constantly fresh. Some of the best moments come when you least expect them like when you have to chase down a crashing airplane over the city of Lost Heaven.

Another great mission sees Tommy trying to break into a safe to retrieve some important documents. He does this with none English speaking Italian, and watching the two of them try and communicate when things start to get harry is very entertaining.

Driving mechanics have come a long way in games since 2002 and Hanger 13 has once again done a great job at making you feel like you’re driving a car from the ’30s but also not making it a complete chore. Cars do tend to slide around turns a bit due to their weight but are much easier to control in this remake.

One of the best mechanics I found is being able to set the car to follow the speed limit. One of the reasons this is a good idea is that police will actually chase you if you speed or cause traffic accidents, which turns into a real issue if you are driving to do a mission.

Mafia: Definitive Edition also adds one of my favorite navigation features. Though you do have a mini-map that tells you where to go, what Mafia does so well with navigation is placing up signs on the roads that tell you where to go. These signs appear at intersections like stop signs and point in the direction you should be going. It’s a small subtle thing but I absolutely loved it.

There is even an option to turn off none essential driving. What this means is that any mission which you have to drive to that doesn’t feature a specific chase sequence can be completely skipped but then you’ll miss some of the great conversations Tommy, Sam, and Paulie.

One of the biggest complaints about the Mafia franchise is it’s shooting mechanics. Unfortunately, the shooting mechanics in the Definitive Edition could be a lot better. It feels a little stiff and the guns. though realistically inaccurate for the time period. are annoying to shoot with crazy recoil and heavy swaying after every shot. It’s no wonder that the game features so many different options for aim-assist.

What’s amazing here are the animations, in particular, the enemy death animations. Enemies react realistically depending on where they are shot. As they fall over from a shot in the gut they grab the wound and fall over writhing in pain. When shot against a wall an enemy slides down that wall into a sitting position. It’s quite awesome to watch as it’s something I’ve never really seen done before.

The other annoying aspect of gunplay is having to constantly find health kits to heal yourself. I normally wouldn’t have a problem with this mechanic but in Mafia, you go through very long stretches of shootouts without finding any health and it leads to a lot of unnecessary deaths.

Deaths are also annoying because every time Tommy is gunned down he goes into a slow-motion death sequence that lasts way too long and is then followed by somewhat lengthy load times.

Some other issues I ran into are constant screen tears during cutscenes and it also seemed like bugs started to appear a lot going into the second half of the game. Sound issues including complete loss of audio and at times I would hear the sirens from police vehicles every time I would enter any building.

Mafia: Definitive Edition is perhaps one of the best looking games of this generation. The character models are photo-realistic, and the city of Lost Heaven is gorgeous to drive through. The licensed soundtrack is also perfect for the time period but I wasn’t a fan of the original soundtrack as I felt that a lot of the songs just sounded a little too upbeat for the situations Tommy found himself in.

Mafia is a much older franchise than people may think. Debuting in 2002 the original Mafia became an instant cult classic spawning two sequels. Mafia: The Definitive Edition is an amazing remake of that cult classic giving gamers a chance to experience the origin of the franchise. With a great story, incredible visuals, and amazing animations and set pieces make this remake the best in the franchise and at only a $40 price tag, its a no brainer.

Mafia: Definitive Edition launches on September 25, 2020, as a standalone game and part of the Mafia Trilogy

Mafia: Definitive Edition is the best Mafia to date. With an amazing story and gorgeous visuals, Hanger 13 have done a great job at remaking a cult classic. Though it still suffers from sub-par shooting mechanics the overall package is more than worth the asking price.