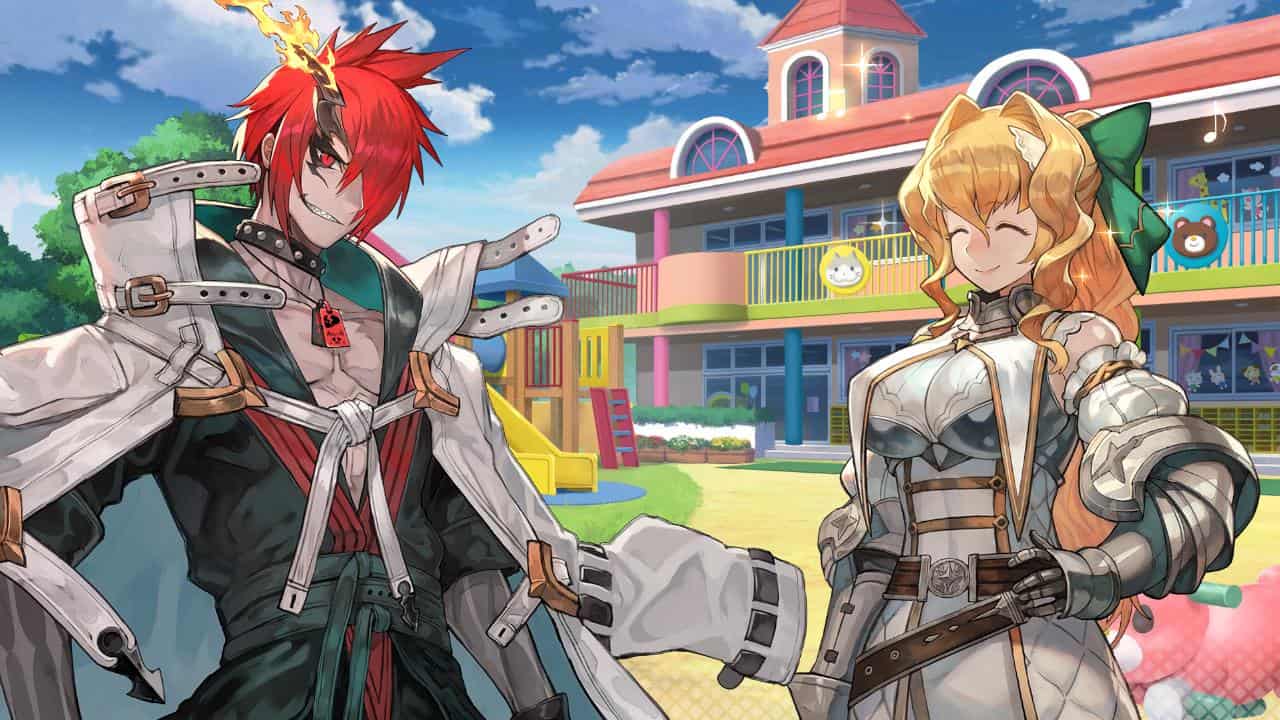 Maglam Lord PS4 Review – Some games stick to their niche and run with it, whereas others go outside the box with something obtuse. Finally, there’s titles that take random things and stick them into one product.

Maglam Lord is the latter. A combination dating sim-side scroller-visual novel, Maglam Lord touts itself as a unique combination of several different game types. While these game types make a fun mixture, they do not create something inherently special.

Maglam Lord PS4 Review – Demon Lord Of All Trades, Master of None

You play as Killizzerk, the last of the Demon Lords, just before all of your demon powers get sapped from your body. In an odd turn of events, you find yourself declared as an endangered species by the local government. Heroes are destined to slay you, but they can’t kill Demon Lords anymore now that you’re a government-mandated protected species.

To make matters more interesting, you find yourself circumstantially working with Heroes as part of the local defense forces, making for a peculiar tandem indeed. 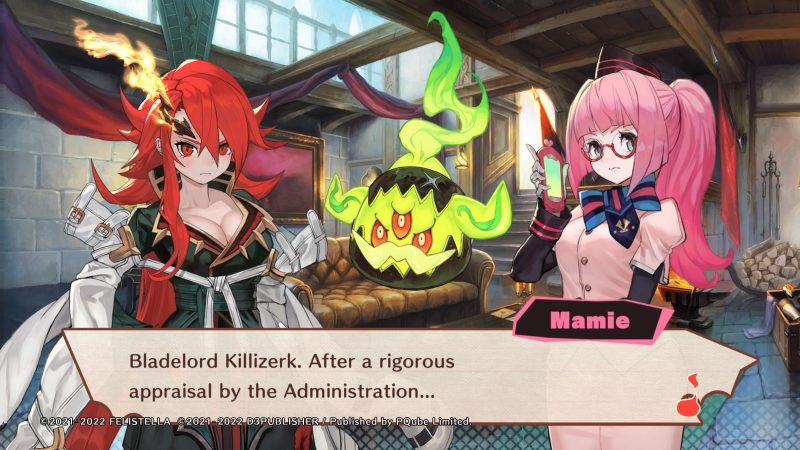 Maglam Lord is presented in two different styles. The first are clean, anime-esque still images found in visual novels, which is how the story is delivered. The second style comes in the form of chibi, cutesy 3D avatars used on missions and in combat.

This combination occurs fairly commonly with similar mission-based games like this. Equally so, the difference in quality takes some time to get used to but doesn’t deject from the overall experience.

Missions see you running around different gridded zones, gaining experience from fighting monsters and collecting objects to complete your missions. The camera presents this side of the game from an isometric angle, which keeps much of the map semi-hidden until you come right on an enemy. This makes exploration touchy just because you often run into enemies inadvertently.

You use swords, spears, and axes to dispatch enemies, with each weapon working better against certain foes. Well, technically, you are the weapon while your partners wield you in combat. To make things easier, the game displays right next to each enemy’s health bar which weapon works best against that enemy because you often need to use more than one weapon in each exchange. You cycle different weapons with the d-pad whenever you need to, which speeds up the flow of combat. 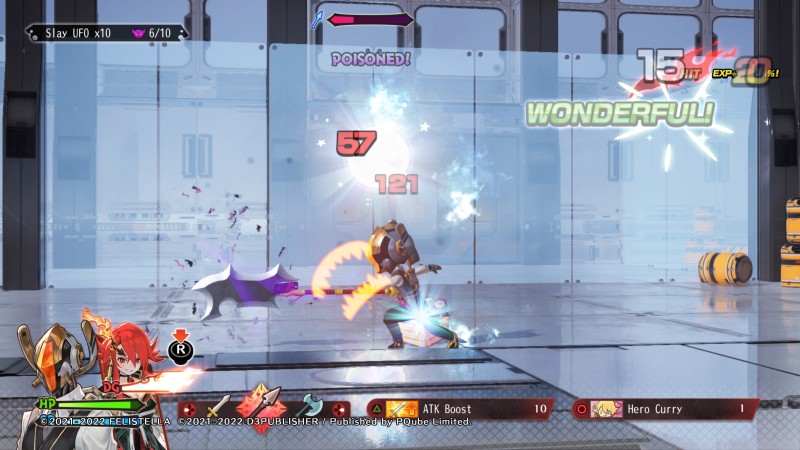 These weapons come strictly from a built-in crafting system. Gathering materials from missions allows you to craft weapons, and many require you to beat harder and harder missions to get better materials. Equipping weapons feels odd just because you equip them a few submenus deep into the Stat menu, and you need to unequip old weapons before equipping new ones. You soon acclimate to this layout, but it takes a lot of unnatural coordination at first.

The act of fighting lacks the kind of sophistication needed to make the formula feel polished, but it doesn’t ruin it either. Enemies can juggle you to death on occasion, but the game forgives you by letting you restart the same fight right away. At the same time, you can do the same thing easily to enemies, too.

Even better still is that practically all bosses have both simple attack types and blind spots. You can sit in the same spot underneath a boss and beat them to death while they can’t hit you. It feels cheap, but this game presents itself as a simple hack-and-slash anyway.

This cheapness plays into the “minimal resistance” formula this game uses, so even though this minimizes any challenge, it also keeps you moving forward through mindless repetition. 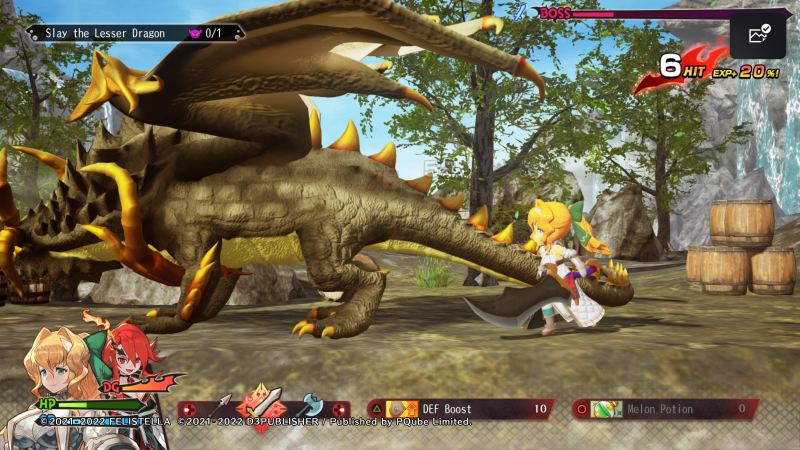 Mindless repetition has its place, and Maglam Lord maximizes the use of that place. The point of this game is to develop your characters in both stats and relationships between characters (more on the latter in a bit). The writing is simple and silly in a fun way, and most of the game works that way.

All in all, everything works into an overall design choice to keep everything easy and accessible, which plays to the game’s favor: simple accessibility in exchange for game depth.

Another aspect of the game that falls into the game’s simplistic formula is the dating sim side of it. You can choose to mate with any of your combat partners, and doing so requires you to raise their favor in you.

Dialogue options help you determine who your future lover is by identifying which dialogue choice your potential partner likes. Keep saying what one particular partner likes, and you get that partner at the end of the game.

Nothing in Maglam Lord feels broken or convoluted. At the same time, each aspect of the game depends on simplicity to keep you progressing. While not inherently a bad thing, this type of game does little to coax you away from more engaging or developed games. All in all, Maglam Lord works nicely as a fun palette cleanser that combines several genres into one package.

Maglam Lord provides you with a lot of options to choose from, ranging from weapons to game modes to visual styles. There’s plenty of fun to be had here, but it’s the kind of fun that comes from enjoying something simple and non-invasive. While nothing to write home about, Maglam Lord keeps you pushing forward by not keeping anything in your way.

Maglam Lord is out now for PS4 and Nintendo Switch.

Maglam Lord combines a handful of genres into one package, and does it well enough to make it at least fun. However, it's the kind of fun that comes from mindlessly consuming something with little resistance. Maglam Lord works well as an in-between game, but it cannot hold up against other titles that specialize in the genres that this game combines.