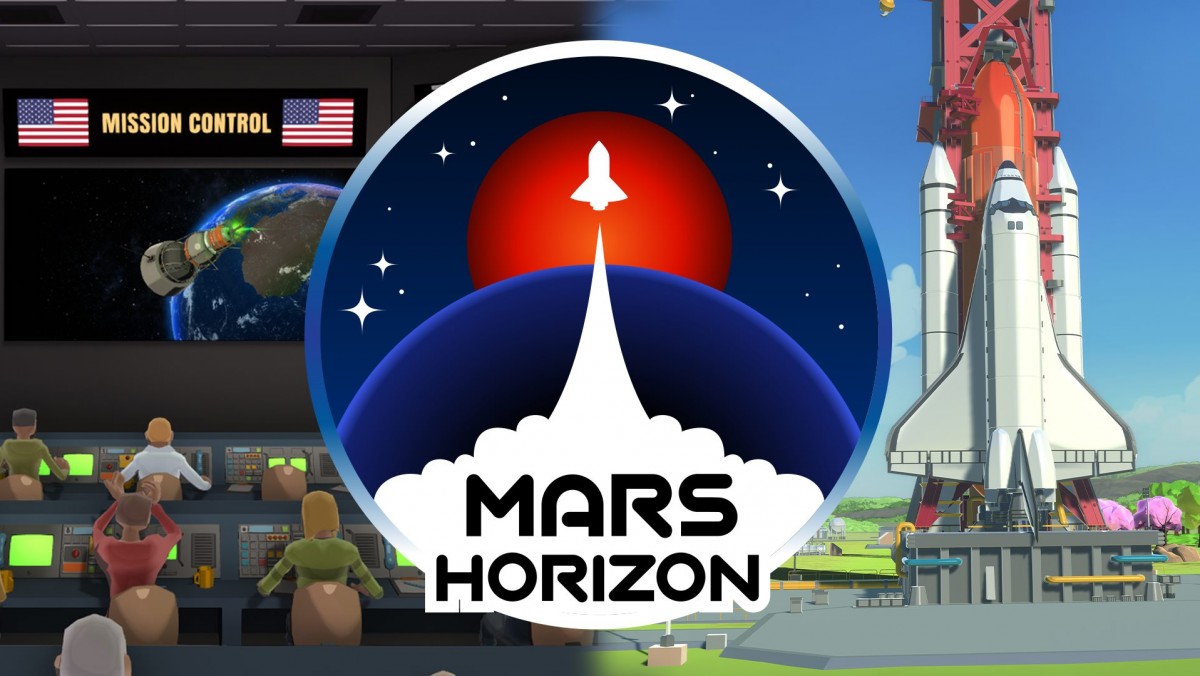 Mars Horizon PS4 Review. It’s a little known fact that the first attempt at breaching the earth’s atmosphere was by Baiser-Menton Verne, brother of famous sci-fi novelist Jules. In 1896, having been buoyed by the fantastical ideas in his brother’s novels, he strapped a sedated Rottweiler to a highly tuned steam engine pointed at the sky on the Normandy coast.

After he had lit the blue touch paper, the large crowd which had gathered witnessed a horrifying scene as the “Fusée de chien” was catapulted skyward for a miraculous two hundred feet before exploding under the extreme internal pressure, showering the onlookers with dog giblets and hot coals.

Fortunately no-one was badly injured but it was a gory end to the first chapter in the space race which would claim many more lives in the coming century. The Russians and Americans were the primary nations responsible for the key advances in space exploration thanks to their excessive spending after the cold war to prove their superiority in the race to the moon.

However, many other countries have developed their own space programmes and Mars Horizon allows you to take the helm as any of the other underdogs as well as the big hitters. But is this new space sim as arid as the surface of Mars after a solar flare, or is it as alluring as Uranus after a four pack of Budweiser? Space agency simulators are few and far between, with the only notable entry prior to this being Space Agency on IOS and Android, so in theory Auroch Digital have an open goal for any potential space nerds who want to build their own rockets, payloads and space programmes.

While there are ‘action’ sequences, maps and space graphics embedded in the flow of the gameplay, the majority of the visuals concentrate on statistics and text updates. Mars Horizon is aimed fairly and squarely at those who are interested in the nuts and bolts of how one would go about managing the finances and tactical decisions in competing to reach important milestones both scientifically and publicly.

You begin by choosing which country’s space programme you’d like to helm, with an appropriate budget to match. The effective, unobtrusive tutorial guides you for as long as you need it, with plenty of helpful alerts highlighting essential tasks throughout the game. This user-friendly approach combined with the controls which have been perfectly adapted to console controllers helps to soften the text-heavy and analytical angle more akin to a PC game.

Starting with rockets aiming to breach the atmosphere, you use your limited funds to develop the necessary technology over several months before your first launch at your HQ. With a televisual flair more akin to an Amiga game, you and your badly animated team watch as your primitive rocket struggles against the earth’s gravity into the clouds before it either successfully makes orbit, or it explodes in the sky like an overfilled colostomy bag after a particularly spicy madras.

Numerous menu screens allow you to monitor how other space agencies across the globe are progressing in the space race, spurring you on to research new technologies aimed at placing sentient beings into orbit, to the moon and further into the solar system. At each stage of the development of your latest payload, booster stage rocket or manned mission to the Isle of Wight, you can decide whether to cut costs and potentially risk a failure during the mission or you can opt for the best technology and potentially leave yourself with no cash to build an essential astronaut training station at your HQ.

As well as following the obvious space age trajectory of earth orbit, moon landings and beyond, you are constantly given optional ‘request’ missions by third parties to earn extra cash and kudos. These involve monitoring various scientific activities outside of the earth’s atmosphere, placing your most cost effective probe in orbit and collecting the desired scientific information whilst ensuring that your device has enough power to complete the task. These simple visual interactive missions work well as light relief against the more information-focused main missions and enable you to use a different part of your brain for five minutes.

These turn-based action sequences are similarly used for your main missions, juggling limited power resources against equipment failures which can lead to the loss of your probe should you not be on the ball when things start going haywire.

The televisual sequences, base building and rocket development graphics are functional at best – the team clearly has a limited budget so what they’ve managed is perfectly serviceable for what amounts to a small percentage of the actual gameplay and I actually found it quite charming. But some TV coverage of your launches aping the era in which it took place would have improved the atmospherics and authenticity a great deal, along with some more detailed rendered 50s ‘space age’ rocket visuals.

Working through a fairly linear first decade as head of your space agency leads you onto more significant decisions on which direction your team should aim. Do you plough your ever dwindling piles of cash into a mission to “Dave Clark 5”, one of Saturn’s moons or instead claim the “First person on Mars” accolade? Under pressure from your oppressive government, do you launch a rocket modelled on the scrotum of your president or do you stick to the tried and tested rocket and booster option?

As the decades unfold, more complex technology and increasingly powerful rockets emerge so new planets and possibilities are unlocked on the main solar system page. Alongside the research and development of your space technology, you will also need to recruit crew members and ensure that they are trained in the specific roles for which they are needed. Although this aspect is highly simplistic, it adds a more human element so they’re fallibilities must be taken into account along with your struggle with a budget to cover the best technology you can afford.

Despite the short-comings of the presentation, Mars Horizon makes a decent fist of approximating a struggling space programme and manages to conjure an atmosphere of wonder and discovery amongst the slightly repetitive statistics and menus. Alongside the game, there is a thorough and educational ‘Spacepedia’ which unlocks more real world space exploration facts as you progress, so for bookish kids with an interest in space, there’s a whole lot of interesting stuff to learn in the context of the game.

One of the joys of the ever expanding PlayStation games catalogue are games like Mars Horizon – it may not be a million seller mainstream title, but it dares to create an original and interesting simulation which has been lovingly crafted by the development team on a limited budget. If you want to boldly go where no man (or woman) has gone before, grab a copy of Mars Horizon and start your mission to Mercury and beyond!

Mars Horizon is out now on PS4

A space agency simulator which overcomes its PC roots and primitive presentation to become a highly addictive and original strategy game. Packed with space facts and sprinklings of humour, Mars Horizon is a joy to dip into for both young and old and your thumbs can rest while your brain takes over.