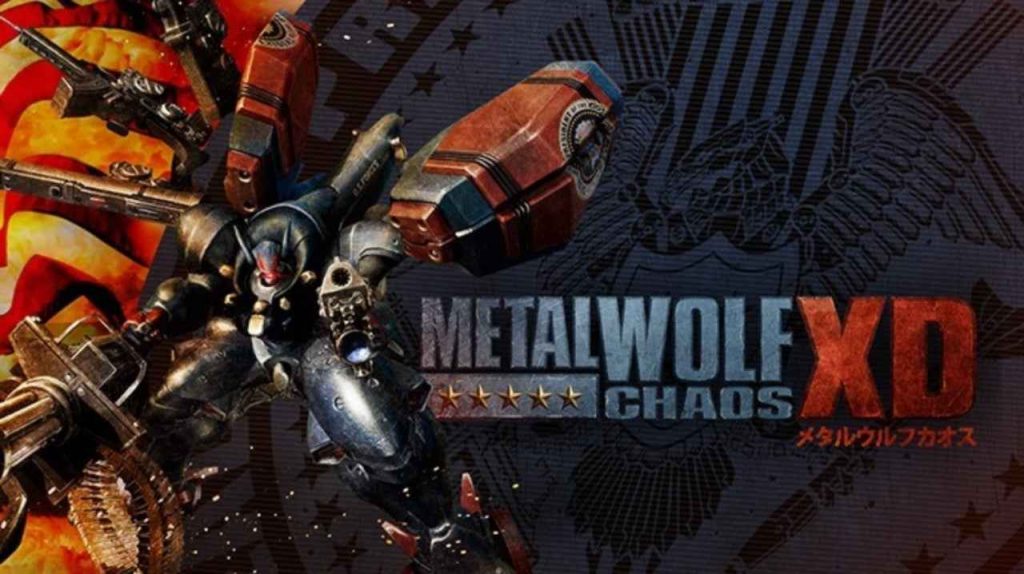 Up until now Metal Wolf Chaos, one of FromSoftware’s earliest works, remained locked as a Japanese exclusive for the original Xbox. Now it has been re-released and when old games get re-releases, their flaws can come back with them. For Metal Wolf Chaos XD the positives just outway the negatives of the experience, but this game requires a bit of context, nostalgia, and an open mind to get through.

In Metal Wolf Chaos XD you take on the role of America’s 47th President, Michael Wilson, as your Vice-President stages a coup d’etat to seize control of the country. The game sees you going all over the United States to attempt to thwart the VP’s efforts. The biggest twist in this plot is that both you and the VP use mechs to fight each other. FromSoftware mixed the East and the West in this title in unique ways and that is still there fifteen years on.

The true downside to this narrative comes not in its simplicity but in its delivery. Campness filled with one-liners has an established place in entertainment, but Metal Wolf Chaos goes too over-the-top with what it tries to do. Most of the dialogue comes from the President or the agent accompanying you via radio.

Their dialogue generally consists of over-patriotic rhetoric or sarcastic quips that string puns together in light of a political upheaval going on around them. My complaint with this doesn’t come from the fact that it blatantly makes politics look as out of touch as they really are, instead the extreme presentation here misses the mark here by a wide margin.

A Big Hitbox With Blind Spots

The gameplay itself offers up a mixed bag. However, this mixture favors the good rather than the bad. One of the best aspects of Metal Wolf Chaos XD comes when jumping into a big mech and wreaking havoc with it. Both arms of the mech have weapons and you swap between a list of them to see which ones work best for the situations you are in.

The targeting has its own pros and cons. Each weapon displays its own hitbox, and anything within that hitbox is automatically targeted when firing. Every enemy, missile, and building will be absolutely decimated when you hit fire. This allows for more of a run-and-gun combat experience. This focuses the game on the map and enemies, rather than accuracy. I quite liked this approach to combat.

However, the aim-assist suffers from a similar ‘positive-with-a-negative’ scenario that the rest of Metal Wolf Chaos XD does. One of the downsides to automating the aiming system here is that it doesn’t properly read what is in front of you. Many times, I had targets within the hitbox, but the game didn’t register them as being there. What perplexes me about this issue is that the hitbox for most weapons is fairly large. The should have been targeted, but just weren’t

Many stationary targets, like towers and buildings, required more accuracy than moving targets, like soldiers and tanks. In order to hit those stationary targets, I just stood still, which unfortunately leaves me vulnerable to attacks from other targets. These mechanics in Metal Wolf Chaos XD hearken back to a simpler time in games, where some things didn’t work quite as well as they should have.

Arguably the strongest aspect of the game comes in how you develop your mech and weaponry. After gathering resources, you invest them in researching new weaponry and developing each one further. From there, you set up your loadouts for both arms.

In standard FromSoftware style, you learn about your enemies as you go. So, in order to properly counter an enemy, you must first face them with what you have. Then, you explore your unlocked options against those enemies to see what works best. Consider Metal Wolf Choas XD like a Souls game but without the difficulty or the interconnected open world.

From Software began to construct its game formula long before the development team found its popularity. But, in this remaster from Devolver Digital and General Arcade, Metal Wolf Chaos XD comes with its own share of inherited faults. The game’s combat and dialogue being the standouts.

However, Metal Wolf Chaos XD still breathes the FromSoftware energy that it did fifteen years ago. Unfortunately, that energy doesn’t stand out much given the poor combat experience and painfully camp dialogue.

Metal Wolf Chaos XD is available now on PS4, Xbox One and PC.

Metal Wolf Chaos XD showcases the beginning of FromSoftware's iconic game formula. But, fifteen years on, the campy narrative and unpolished gameplay keep this from being a classic revival and a great re-release. It isn't too polished, but if you want to see the beginnings of From Software's beloved style, Metal Wolf Chaos XD is a solid way to do just that and only that.