It seems neither Telltale, nor Mojang, were satisfied with just the five episodes of Minecraft Story Mode. I get the feeling that this Minecraft thing might be a bit of a big seller you know? Anyway, the two companies have come together once more to bring us three more one-off adventures from The Order of the Stone because, well, why not?

The first of these new episodes, A Portal to Mystery, gives us a spooky murder mystery to investigate after Jesse and his friends enter one of the portals they found at the end of the regular series and stumble upon a new world. It all starts with a mysterious invitation to a party for adventurers found in the middle of a cemetery. Of course, upon picking up the invitation, The Order of the Stone are ambushed by zombies—lots of zombies. So begins a swift escape from the swarm of undead that gets niftily blended into the opening credits. These interactive credits have become one of my favourite things about the series to date, putting plenty of style and flashy camerawork into what would normally be a fairly routine procedure.

As the titles reach their conclusion, Jesse and company find a large creepy-looking mansion and head inside to escape the seemingly endless parade of shuffling walkers. In doing so, they stumble upon some strangers who apparently are waiting for the same party, which is of course, supposed to take place in this very mansion. While confusion reigns as the groups try to figure out who invited them here and why, somebody is murdered. There’s a killer running amok in this mansion, and The Order of the Stone need to find out who it is quickly, or else risk becoming further notches on the killer’s macabre scorecard. It’s all quite dark for a kid-friendly game, yet Story Mode handles it in a way that keeps it from being too grim or terrifying. Still, it is a pretty bold change of direction for the series, one that goes some way to validating these one-off episodes if they keep up the variety with episodes seven and eight. 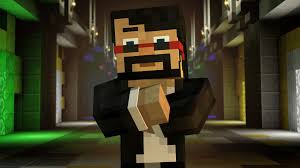 The most fascinating parts of this package are quite different to each other, but they are why this episode stands alone quite well. Firstly, solving a murder mystery, with interrogations, sleuthing and all, is rather enjoyable, as the suspects mount up and there’s no clear killer for a good portion of the game, making it rewarding to try and figure out. Somewhat disappointing is that when the killer’s identity does get revealed, it’s handled terribly and fizzles out the suspense built up in the previous hour or so.

The second fascinating part is the meta element of including famous Minecraft YouTubers as the other guests in the mansion. Clearly this is an enticing lure for younger fans who are growing up with the Minecraft Let’s Play videos of such personalities as Stampy, CaptainSparklez and the like.There’s plenty of little in-jokes for any adoring fan to get on board with (One such joke is how often TheDiamondMinecart changes his hair color), and each YouTuber gets a smartly-designed blocky version of themselves. Unfortunately, and yet somewhat obviously, none of these guest stars are able to match the vocal talents of Paul Reubens, Patton Oswalt, Ashley Johnson, and the rest of the regular gang. Some are still quite good (CaptainSparklez, Stampy and LD ShadowLady being they), but the rest feel rather forced and awkward next to Oswalt’s schlubby charm, and Reuben’s continuing great turn as the prickly wizard Ivor. 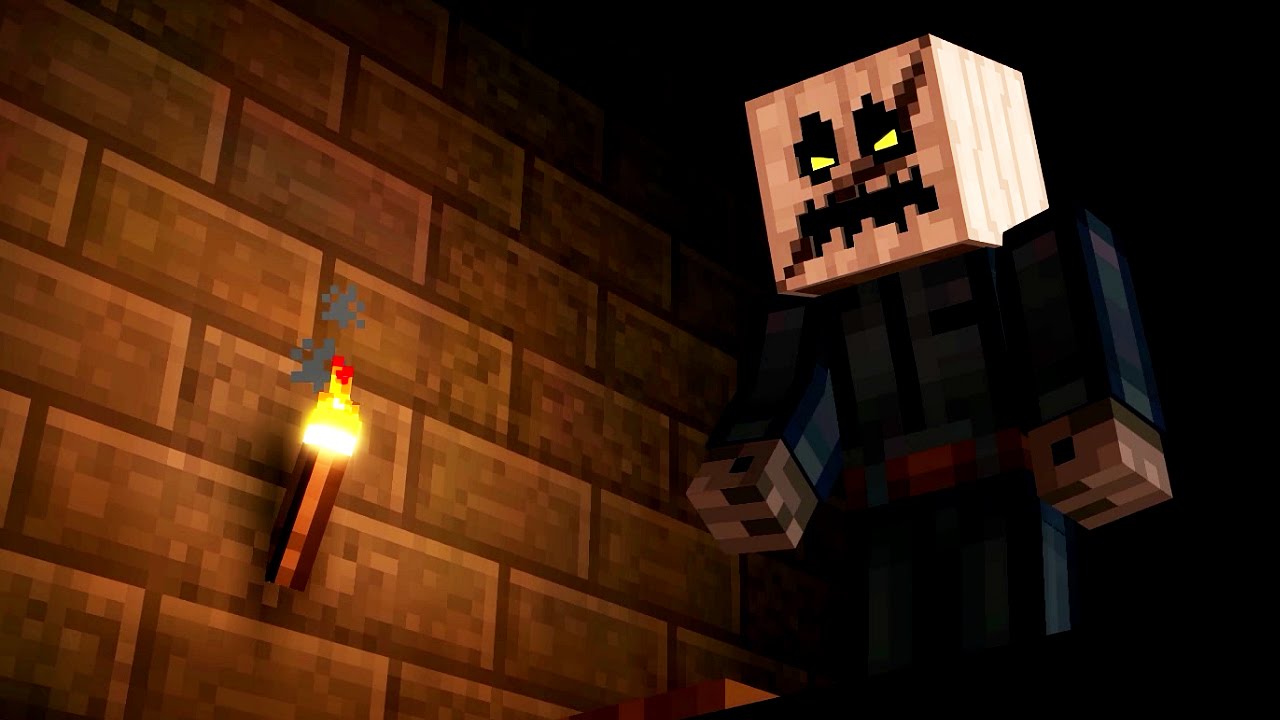 It may not be a fair comparison to put Hollywood stars up against YouTube personalities, but that’s the situation that presents itself here, and it just doesn’t come off all that well. On a positive note, it’s never terrible, just a bit jarring. Like watching The Undertaker team up with Bastion Booger.

The downsides of a one-off episode are in how different it feels to the rest of the series. Even the last episode’s sojourn into Sky City felt like an extension of that original story; here, the YouTuber angle takes away from the feeling of a self-contained universe. Yes, they explain it away with this being ‘a different world,’ but there’s far less focus on the original cast this time round than there should be, and perhaps Telltale try a little too hard to be meta with the whole thing. The weakest episode in this series was all the way back at the second entry, and the reason it was the weakest? No character development, and no real plot progression. A Portal to Mystery suffers from both these problems, meaning that while this is a nice bit of fanservice and a reasonable one-off story, it does nothing to explain the significance of the hallway of portals Jesse has discovered, and the fallout from the previous episode is literally only referenced in a couple of lines. 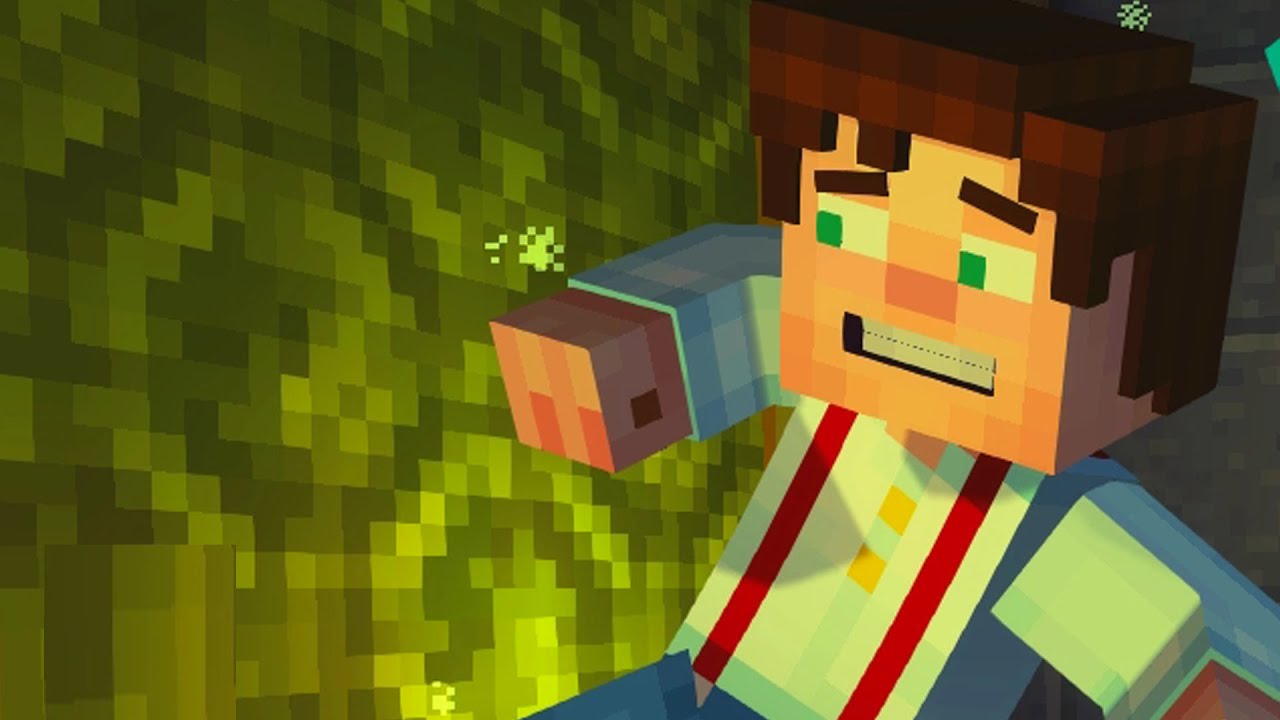 Thankfully, the story goes along at a pleasant pace and is enjoyable enough without challenging the best in the series so far. A Portal to Mystery may not be quite so sharp in its humour, nor as touching and warm as the better moments of the series to date, but it is in no way the weakest entry. The whole Scooby Doo meets Agatha Christie feel that this episode has does at least make it a novel approach. The extended cameos could have been handled a little better; maybe cut two or three people to help refine the script and not try in vain to give everybody something meaningful to say. With no meaningful connection to the overarching story, it’s hard to see how this tale fits. Still, it’s a fun way to pass an hour or so.

Minecraft enthusiasts of a certain age-range will be excited by the prospect of seeing their YouTube heroes appearing in A Portal to Mystery, and for the most part, this is a fun murder mystery romp. However, the need to shoehorn in these extra characters takes away from the established cast, and the results of this venture are incredibly haphazard.